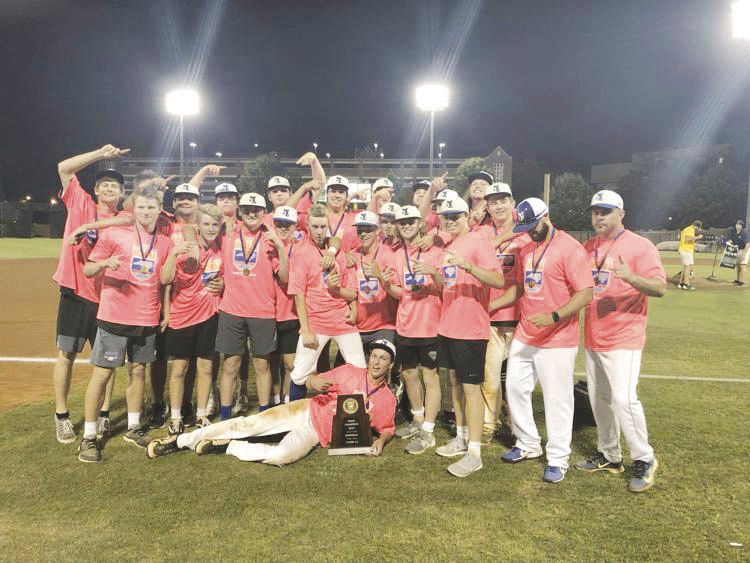 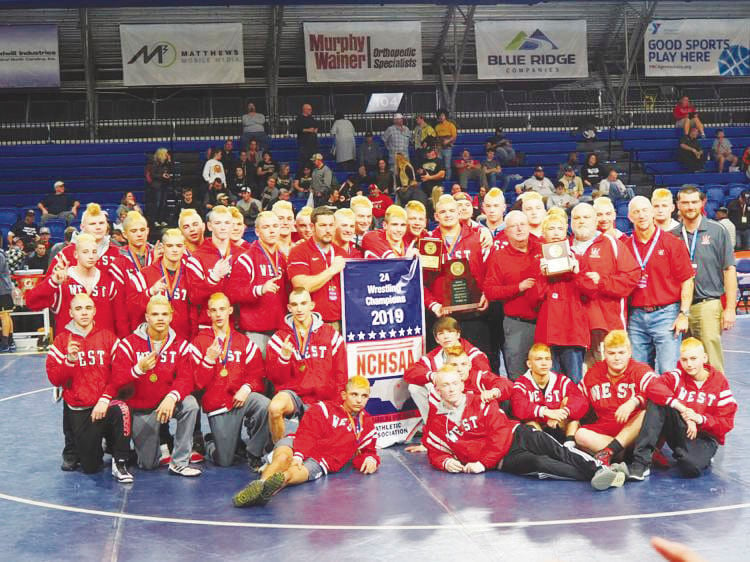 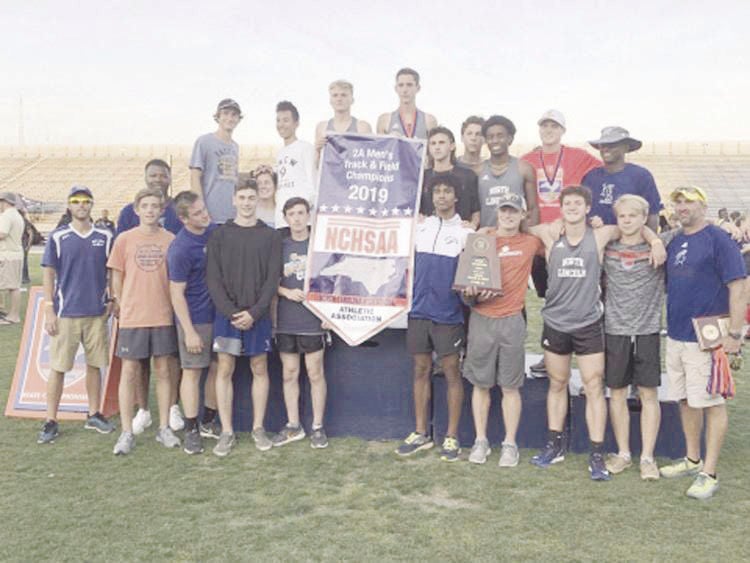 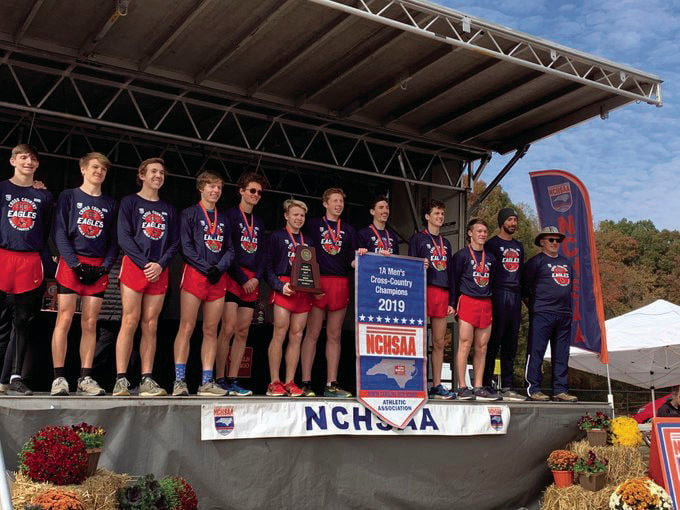 From the gridiron to the hardwood and the diamond to the track, Lincoln County has a long history of success in athletics. As you celebrate the New Year, let’s take one last look back at the most noteworthy team and individual accomplisments from the world of sports in 2019.

The year got started with the conclusion of the winter sports season, which features basketball, wrestling and indoor track, as well as swimming and diving.

A traditional power, the West Lincoln Rebels wresting team highlighted the winner sports season by capturing a second consecutive 2A Duals State Championship, defeating Croatan 60-14 for West Lincoln’s fourth overall state championship on the mat. Brock Steele was named Most Outstanding Wrestler for his performance in leading the Rebels to another state title.

The Rebels would go on to enjoy great success in the individual state tournament as well, with Nathan Hull winning a second consecutive 2A state championship at 152 pounds.

There were plenty of individual accomplishments on the hardwood, but the team that enjoyed the best season was easily the East Lincoln men’s basketball team. Led by a quartet of seniors and a dominant inside presence in junior Justin Kuthan, the Mustangs won a school-record 29 games en route to an appearance in the 2A West Regional Final.

Senior Sidney Dollar led the way, averaging better than 18 points, 7 rebounds and 5 assists in a season that saw him earn District 10 Player of the Year and third-team all-state honors. Mustangs senior point guard Ben Zirkle set the school record for assists previously held by Chazz Surratt, while Dollar and fellow senior John Bean became the eighth and ninth players, respectively, to score 1,000 career points at East Lincoln. Brianna Tadlock of the Lady Mustangs alos surpassed the 1,000 points plateau for her career in 2019.

Elsewhere, Lincoln Charter senior Jackson Gabriel set the all-time North Carolina record for made 3-pointers in a career. He finished his career with 460 made 3-pointers, breaking the previous record of 448, and the record wasn’t broken on volume alone. Gabriel was the definition of a marksman, connecting on 49 percent of his 942 career 3-point attempts.

Also, Lincolnton’s Kris Robinson -- who averaged nearly 30 points per game en route to South Fork 2A Player of the Year honors -- tied the Lincoln County single-game scoring record. Robinson dropped 57 points on Bandys in February, tying the record set by Sage Surratt while at Lincolnton in 2017.

The spring sports season was equally fruitful, and it was capped by the North Lincoln Knights winning its first baseball state championship in school history.

However, before the Knights could even get to the state championship, they had to face their cross-county rivals from West Lincoln in the 2A West Regional Final. North Lincoln took Game 1, while West Lincoln bounced back with a complete game shutout from Seth Willis to take Game 2, setting up what proved to be an instant classic in Game 3. The Rebels took an early lead in front of a packed house at North Lincoln, but the Knights battled back to take the lead and held off a late rally by the Rebels to become the first Lincoln County team to appear in the state championship since 1995.

North Lincoln advanced to face Randleman in the state championship, sweeping the Tigers in two games. Senior pitcher Joey Cobb was named MVP after dealing a complete game shutout with 11 strikeouts in Game 1 to put the Knights on the brink of a championship.

The spring season also saw North Lincoln’s men’s track team win a state championship. Risse and Thomson were individual winners again, taking first in the 3,200 and 1,600, respectively, while Jake Soorus took first in both the shot put and discus.

There wasn’t the same team success on the softball diamond as there was in baseball, but there were plenty of stellar individual performances. In total, 10 players from Lincoln County were named to either the 2A or 1A all-state teams.

Lincoln County even fared well on the links, with West Lincoln and East Lincoln finishing third and fourth, respectively, in the 2A State Championship.

The new school year opened with a bang, as two more state championships were brought home to Lincoln County during the fall sports season. The North Lincoln men and Lincoln Charter men were both dominant all season long en route a third consecutive cross country state championship for the Knights, and back-to-back titles for the Eagles.

The West Lincoln women’s golf team won its first conference championship in program history, sending three members of the team to the 2A state championship. Lincoln Charter’s Angela Jeffords became the first female golfer in school history to qualify for the state championship as well.

The East Lincoln men’s soccer team took the Denver community on a magical ride in 2019, winning their first 27 games of the season to secure their first-ever appearance in the state championship game. The Mustangs lost a 4-3 heartbreaker to Dixon in the final game to finish 27-1 on the season.

East Lincoln’s success on the pitch can largely be attributed to senior twin brothers Chase and Logan Gilley. Chase led the entire state, regardless of classification, with 61 goals on the season, which is the ninth most in the history of the state, while Logan ranked third with 56. The Gilleys also joined an exclusive list of players in state history with 100 career goals, as Chase finished his career with 134 while Logan netted 106.

The were no state championships won in football, but the North Lincoln Knights dominated the South Fork 2A en route to their first-ever conference championship. The Knights, which won a school-record 12 games in 2019, advanced to the third round of the playoffs before falling to Burns in an overtime thriller.

West Lincoln’s magical season was led by senior running back Canon Bridges, who broke the single-season Lincoln County rushing record in the process. Bridges, who carried the ball nearly 300 times, finished with 2,294 yards and 32 touchdowns this season. Defensively, Bridges posted 166 tackles and 9.5 sacks from his outside linebacker position.

That’s not to even mention the countless athletes to earn all-conference honors and sign to continue their playing careers in college. All in all, 2019 was a banner year for athletics in Lincoln County, and judging by the young talent in the area, there’s plenty more to be excited about in 2020.