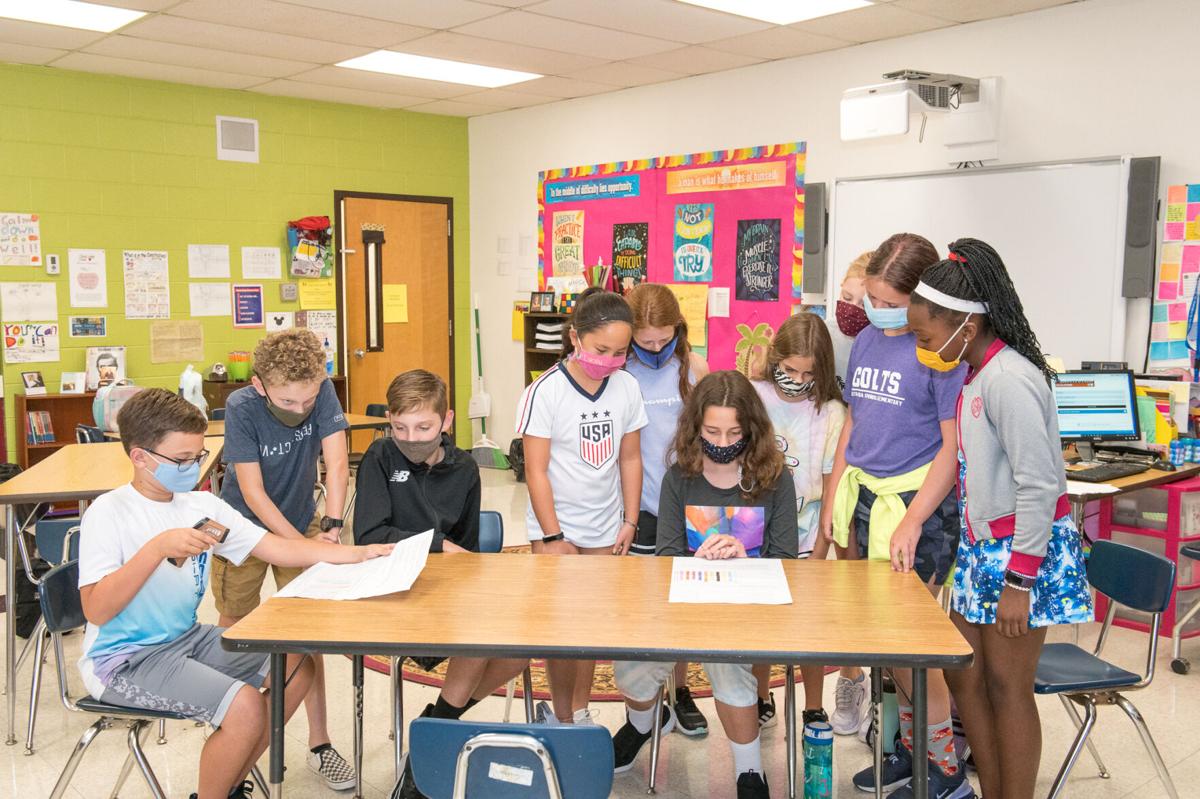 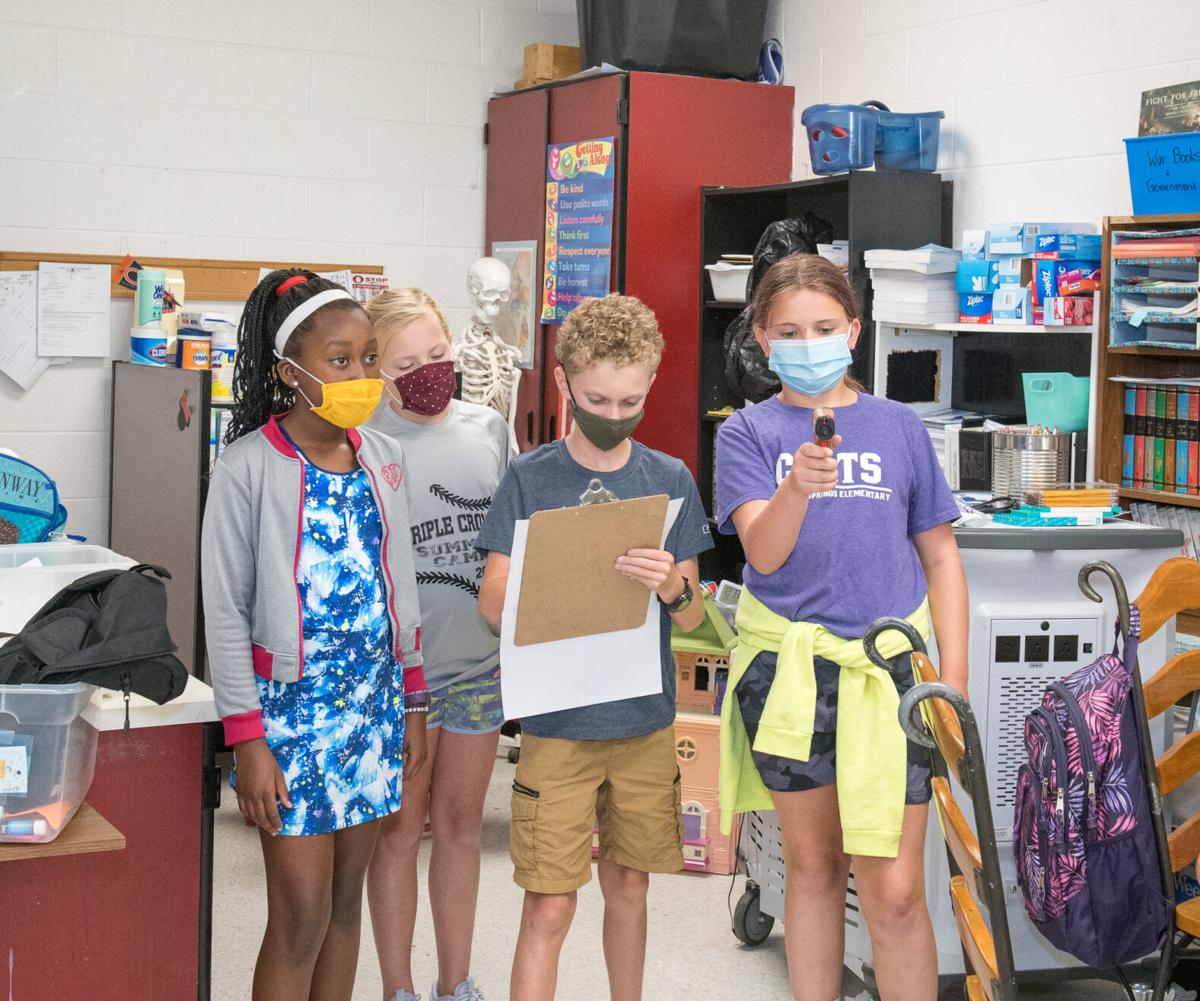 Throughout last week, a group of fifth grade students at Catawba Springs Elementary were seen throughout the school building taking temperatures – not of people, but of the rooms in the school. They were working on an experiment adapted by Carrie Munday, an elementary academically and Intelligent/gifted teacher.

“When school started, we were all complaining about the temperature so when I came across this lesson for my fifth graders, I thought it was really pertinent to what was going on in our building,” she said. “It’s called room temperature and it was originally supposed to be done in one room, but since I only see some of my students for math twice a week, I had to modify it a little bit. Even before I told them about it, we took a little field trip around the building, and I asked them to tell me what they noticed when they walked in different rooms.”

Catawba Springs Elementary is an older school and it’s a large building so there are variations in different rooms and areas of the school for a lot of different reasons. It was up to the students to take the readings, record and graph their findings and figure out what might be the reason for these fluctuations.

“It was real life problem solving,” Munday said. “They come in here with coats because sometimes the classrooms are freezing. They have to peel them off in here because my room is more humid.”

As part of the lesson, Jason Cranford, the assistant principal at Catawba Springs took the time to explain to the students how the school district’s maintenance department works and what kind of heating and cooling systems were in place at the school.

“We’re due to have the rest of our HVAC installed this coming summer,” he said. “One part of the building is on a separate unit right now from the other part. If there’s a problem, the maintenance department can log in to see what’s going on in each room. We’re on a boiler system so when it comes time to turn the heat on, our AC has to have been turned off for a full week.”

One of the students involved, Jaxson Decker enjoyed going around the school to feel the different temperatures of the classrooms and he expected they’d be the same, but it didn’t surprise Foster Ayers that they were different. Michelle Guttoh learned that maybe because of how the rooms were placed, the temperature may go up or down and the size of the classroom also made the difference. Jackie Lachapelle was glad to learn to use the thermometer because she felt that it might be a skill that she’d need later in life.

In the coming weeks, the students will be presented with different questions such as what did they notice about the data? What parts of the day were the warmest or coolest? How might this information be helpful to members of the classroom? If the data were collected at a different time of year, do you think the results would be the same?