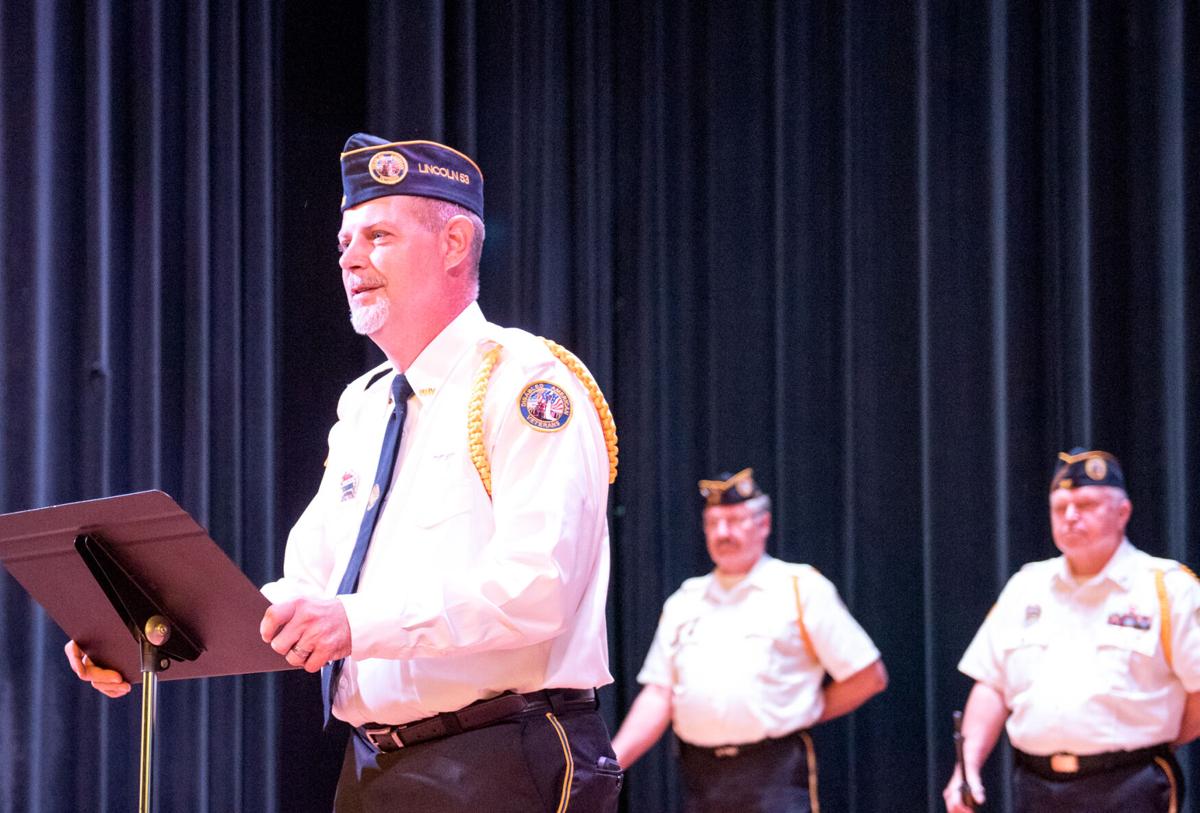 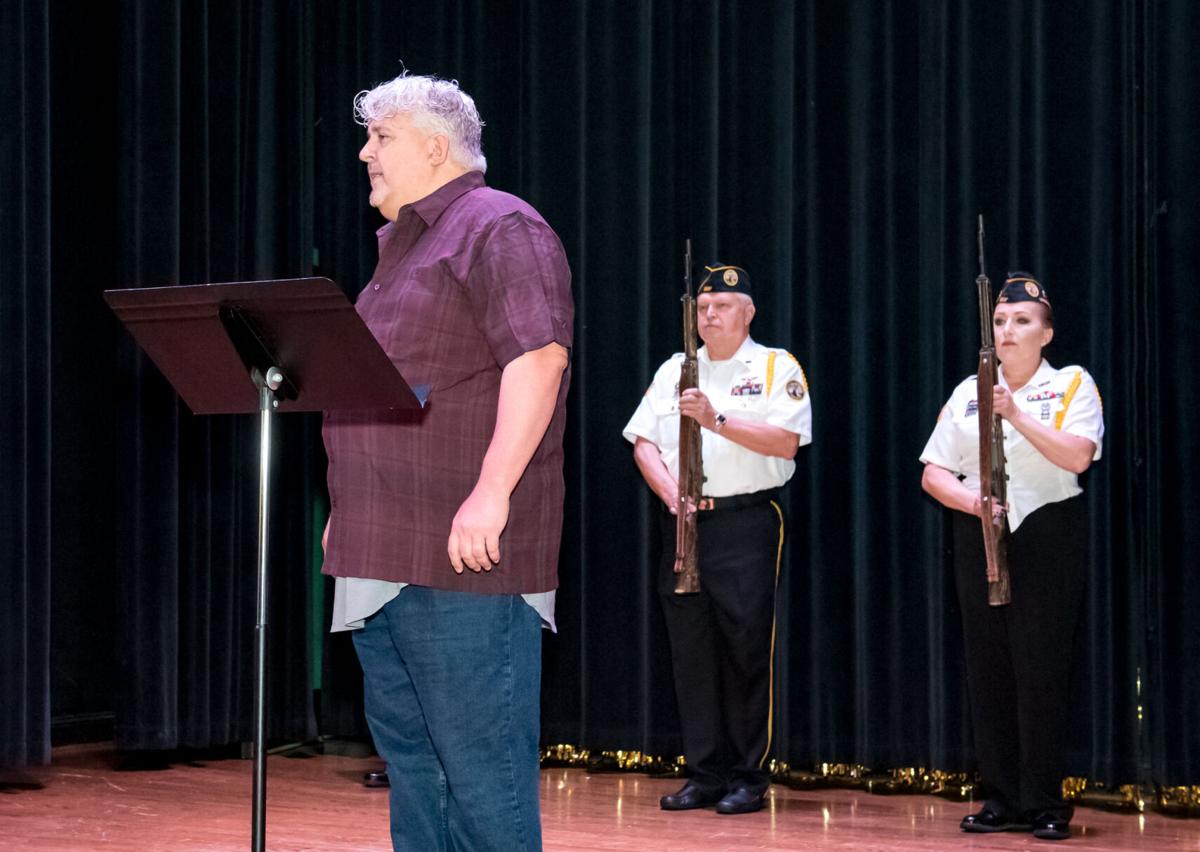 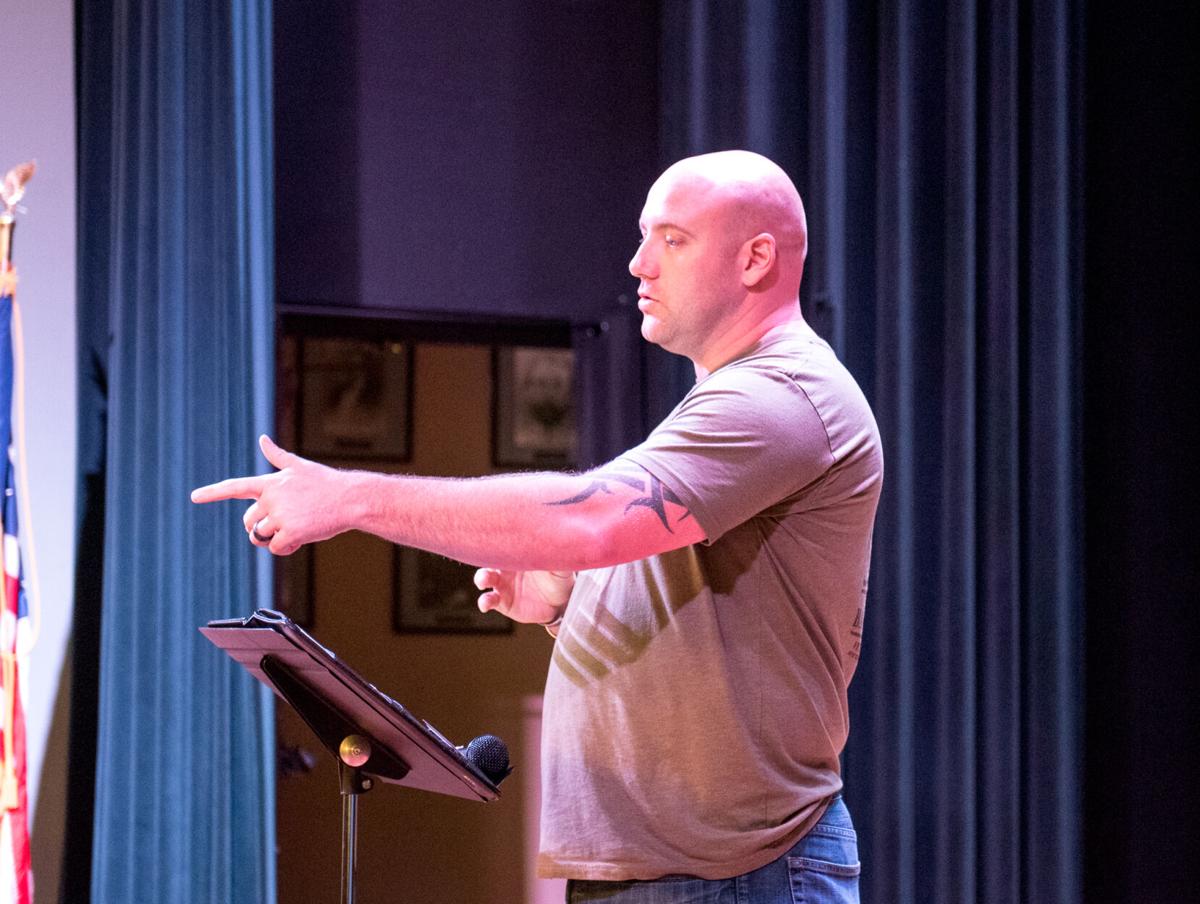 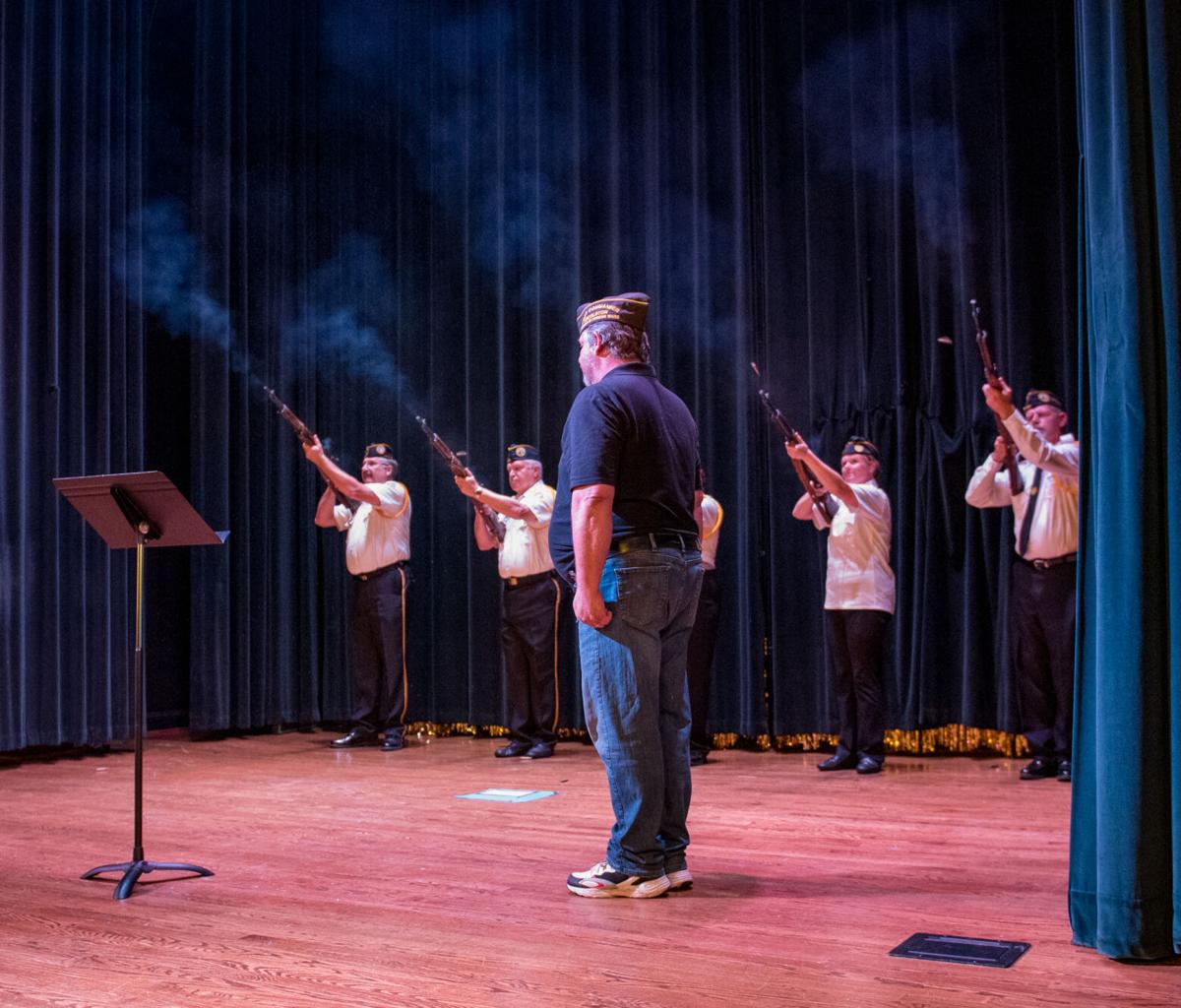 Veterans Day, which is normally celebrated with a parade down East Main Street in Lincolnton and ending on the lawn of the Lincoln County Courthouse, was moved to the Lincoln Cultural Center due to inclimate weather. Due to COVID-19, there was no parade.

As has been the case for many years now, Chris Duschel organized the event, which was not as well attended as it has been in years past, and the Disabled American Veterans Honor Guard provided their services.

Originally called Armistice Day, commemorated by President Woodrow Wilson on Nov. 11, 1919, the remembrance was originally intended to celebrate world peace. Even though fighting between the Allied Forces and Germany stopped on the eleventh hour on the eleventh day of the eleventh month, World War I, often called the “War to end all wars,” didn’t formally end until seven months later.

Wilson’s proclamation read in part - “… Armistice Day will be filled with solemn pride in the heroism of those who died in the country’s service and with gratitude for the victory, both because of the thing from which it has freed us and because of the opportunity it has given America to show her sympathy with peace and justice in the councils of the nations …”

By 1926, 27 states had made Armistice Day a legal holiday and it became an official holiday dedicated to world peace in 1938. Unfortunately, WWI was not the war to end all wars. To remember the veterans who fought World War II and the Korean War, the name of Armistice Day was changed to Veterans Day by President Dwight D. Eisenhower in 1954.

In 1968, Congress passed the Uniform Monday Holiday Act of 1968 which would have moved Veterans Day to the fourth Monday in October. This was to take effect in 1971, but this was met with confusion and disagreement. Congress passed a bill in 1975 which returned the date back to Nov. 11.

This year, Mike Wirth, who is no stranger to the stage at the cultural center sang the “Star-Spangled Banner.”

The guest speaker was Joey Briggs, the founder of the Band of Brothers, a ministry to connect area veterans. Briggs, who graduated from West Lincoln High School, joined the U.S. Army right out of high school. He signed up for a four-and-a-half-year contract when he was 17. Throughout his military career he was deployed to Iraq for six months, then Afghanistan for 15 months. Briggs met and married his wife in between deployments. They have a son and a daughter. Since he got out of the military, he’s been in the security industry and now works as a nuclear security officer for Duke Energy.

Band of Brothers was started two years ago and normally meets in the coffee room downstairs at Highland Drive Freewill Church in Lincolnton. There’s no fee for this group.

“PTSD is kind of what I’m geared towards because it’s what I’ve dealt with personally,” Briggs said. “It’s got a bad reputation. It’s seen as a weakness for many and a lot of times that perception is derived from the one going through it.”

We come home from an environment that’s alpha male and warrior rich, Briggs explained. “Being strong is our job, purpose and our lifestyle,” he said. “Any injury is perceived as a weakness and we don’t want to let our brothers or teammates down. For many veterans they’re on their third, fourth or fifth marriage, struggling to maintain a job, pushing everyone away, and not being able to maintain the relationships they once had.”

Combat changes you, he added and it’s a struggling knowing you might not ever be the same person you were before you were exposed to it.

Alex Patton attends the Band of Brothers meetings, Briggs said, which is a chance for veterans to get to know him and what help he can be to them.

When Briggs had shoulder surgery which was related to a service injury, Patton came to the hospital with a mobile printer so he could print out forms for Briggs which enabled him to get temporary benefits started.

“I’ve never seen that dedication from any other service officer that we’ve had,” Briggs said. “Someone who typically wouldn’t go to the veteran’s services office but might come to a meeting that’s advertised as offering Black Rifle (a veteran owned company) coffee and companionship with brothers.”

Band of Brothers was created to help build a lost brotherhood that veterans built while they were in combat.

“Combat is a lot of things and to get through it takes a cohesive unit, working together very closely,” Briggs said. “When a veteran comes back home, he leaves his unit and his brotherhood behind. He sometimes brings a lot of baggage with him that’s detrimental to the mind, body and soul. In the past I’ve dealt with a lot of the struggles with PTS, including alcohol. We drank a lot while in the service. We celebrated everything we did and to bury all the skeletons in the closet. Along with the pain pills – your back hurts, your knees hurt – you’re jumping out of airplanes and everything’s going to hurt. You get dependent upon those pain pills to get you through your day. Losing my fellow brothers in combat and losing more to suicide is one of the saddest things I’ve had to face. It can be a dark hole for a veteran to fill on his own.”

Band of Brothers meetings are held on the first Tuesday of every month at 7:30 p.m. at Highland Drive Freewill Baptist Church located at 2810 Highland Drive in Lincolnton.

Joshua Greer was named the Lincoln County Veteran of the Year. Greer entered the U.S. Marine Corps straight out of high school in 1996. He served in aviation electronics.

“I mostly worked on defensive counter measures for all of our airplanes,” he said. “Keeping them radar hidden. I was doing training and ripped my shoulder apart and after that, couldn’t hold a rifle up so I was medically discharged. Three surgeries later, I’m able to use my arm, but it’s very unstable.”

Greer now lives in Lincolnton. He was also named the Lincoln County Marine of the year.

“I originally signed up to all the local organizations as a member and they asked me to hold offices and I continued to work my way up,” he said. “I’ve never turned down an office offered to me or elected for it. I’m just mainly there to help people.”