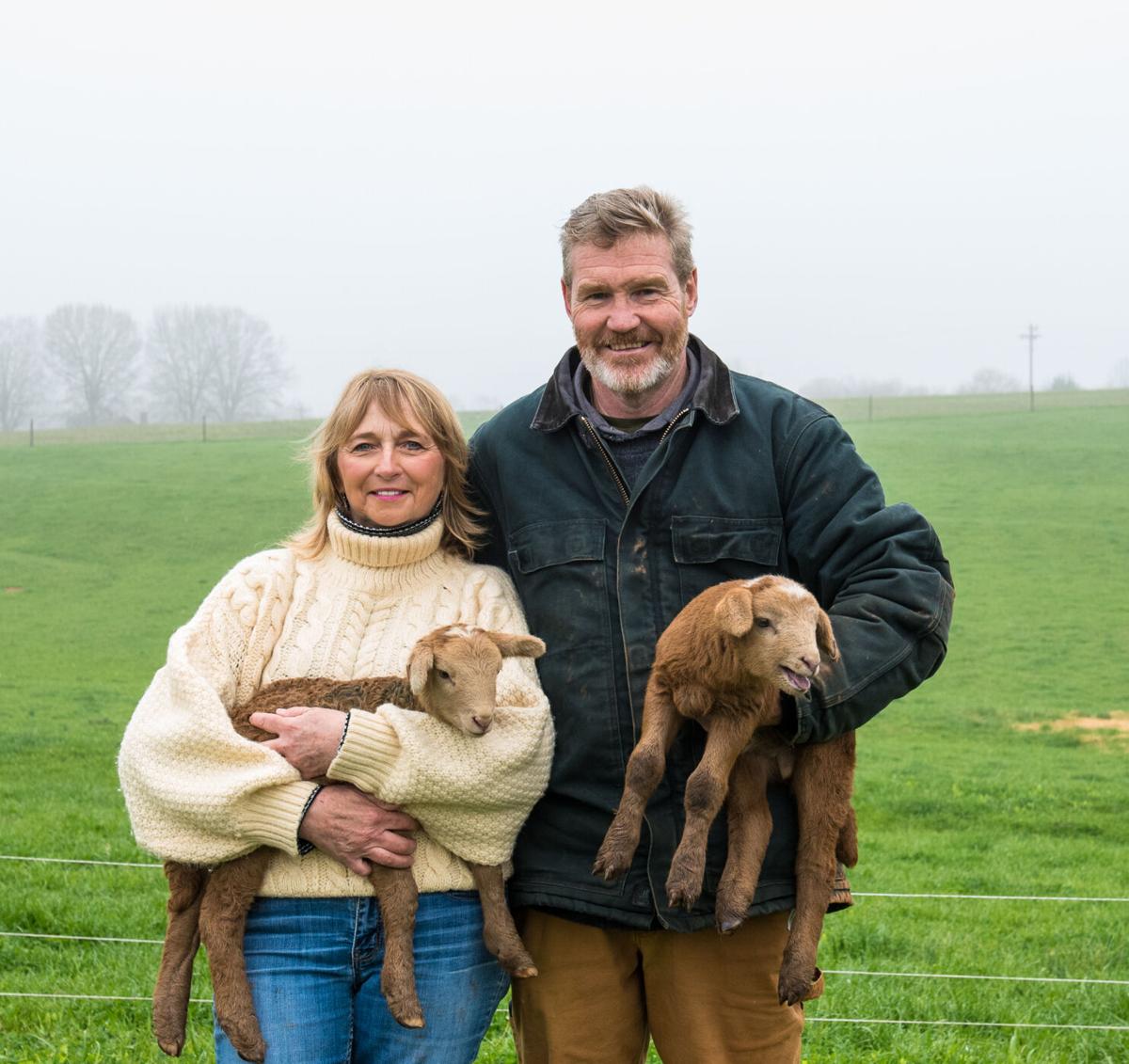 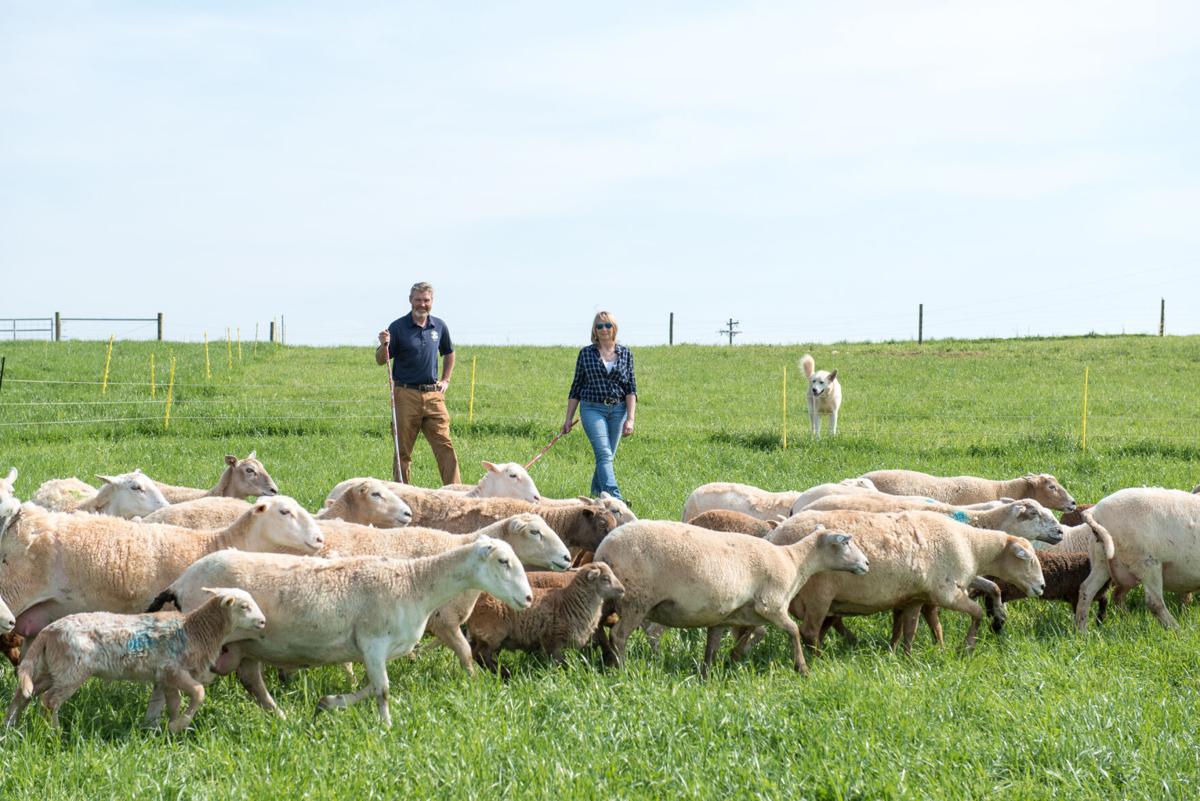 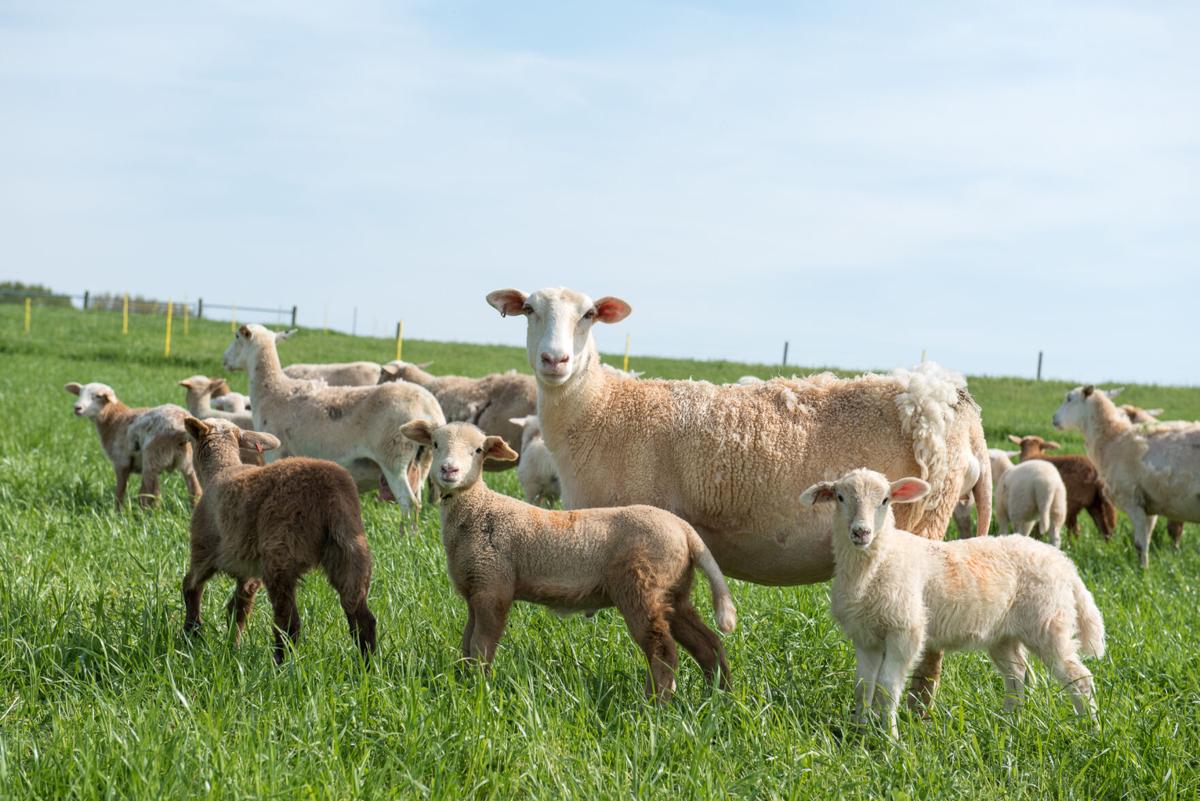 He’s from New Zealand and she’s from Alaska and they met in San Diego. Fast forward a few decades and they’ve established a thriving sheep farm in Vale. Not just any sheep farm – but a grass based, regenerative operation.

Andrew Finch came to the United States to do an aircraft maintenance engineer apprenticeship with Air New Zealand and when he completed that, he wanted to travel to see “what the other half of the world looked.” Lori Kay was set up with her future husband while he was playing rugby in San Diego.

Lori was going to school at San Diego State University and her roommate told her that she “had to meet this guy, let’s go to a rugby party.” She didn’t really want to go but was talked into it.

“I went to the party and thought he was pretty cute, and he had an accent,” she said. “I kept dropping hints that I wanted to go out to him, but he didn’t ask me out. A couple of days later, he got my phone number and called saying he was kind of broke but asked me out Dutch. Good, I thought, if I didn’t like him, then I didn’t have to kiss him.”

During their first date while they were sitting on a beach, Andrew told her that he wanted to have a farm. Well, so did she. They got married in Alaska and have been together for almost four decades now. Andrew got a job working for Pacific Southwest Airlines in San Diego. When that airline got taken over by U.S. Air, the couple relocated to Charlotte in 1990.

They found four acres of land for sale in Huntersville, which at the time they thought was a lot of property. They started raising sheep on what they called Haversack Farm. Hundreds of lambs were born on that farm, but slowly the subdivisions in the area started to encroach on them. They started looking for different property within a 50-mile radius of the airport but at first, couldn’t find anything.

“We were out looking one Sunday with my brother and we drove off Cansler Road here in Vale and saw somebody had sheep out here,” Andrew said. “We pulled off the road and then saw signs that this land was for sale. When we drove by the owner’s house and pulled into his driveway, he was out there on the porch cleaning his gun. That was real ‘welcome to Vale,’ but we quickly realized we were in the right place.”

What was for sale on Gilbert Hilton Road was only 12 acres, but they were able to purchase an adjoining 30 acres. They’re still living in Huntersville with the plan to build a house on the property. They maintain “shepherd’s quarters” on the property that they use for overnight stays and during lambing. The property is so inviting that they tend to spend more time in Vale than they do in Huntersville.

“We’ve found Vale to be very welcoming,” Andrew said. “Before I bought my tractor, I could go and ask to borrow one and they said if we needed backhoe work, they’d do it.”

The sheep are raised completely on grass and other forage crops which the couple sow seasonally. They rotate pastures frequently to prevent the sheep from over grazing and to keep parasite loads down.

“They call this regenerative agriculture,” Andrew said. “I’m strip grazing which means I move them along, so their manure and urine fertilize the soil. A lot of New Zealanders use this style of agriculture.”

The Finchs call their farm “South Mountain Lamb” and raise Katahdin Hair sheep, a breed that is adaptable to the North Carolina climate. Currently they have almost 50 ewes (female sheep) and including a group of yearlings that they’re keeping back for future breeding. They have an Akbash guardian dog to keep predators at bay.