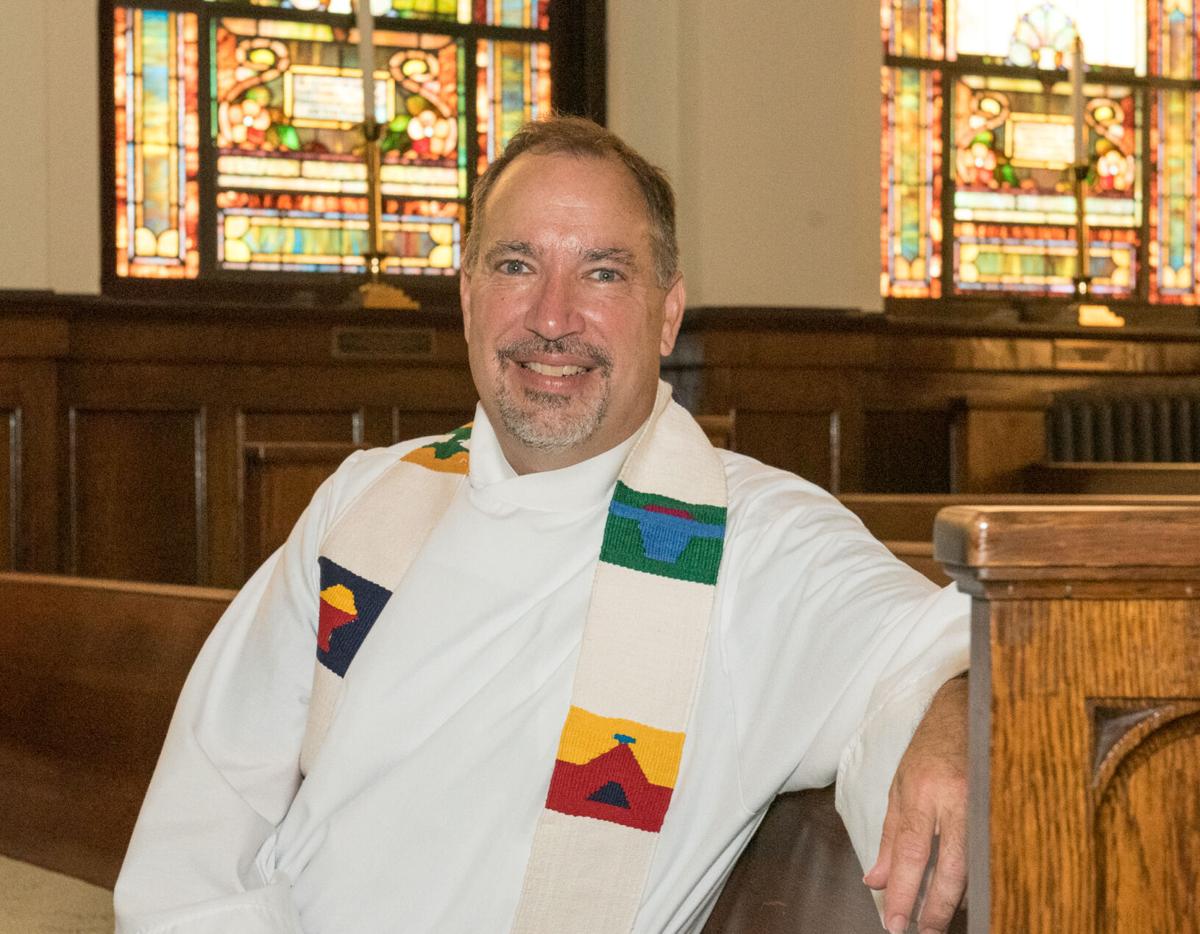 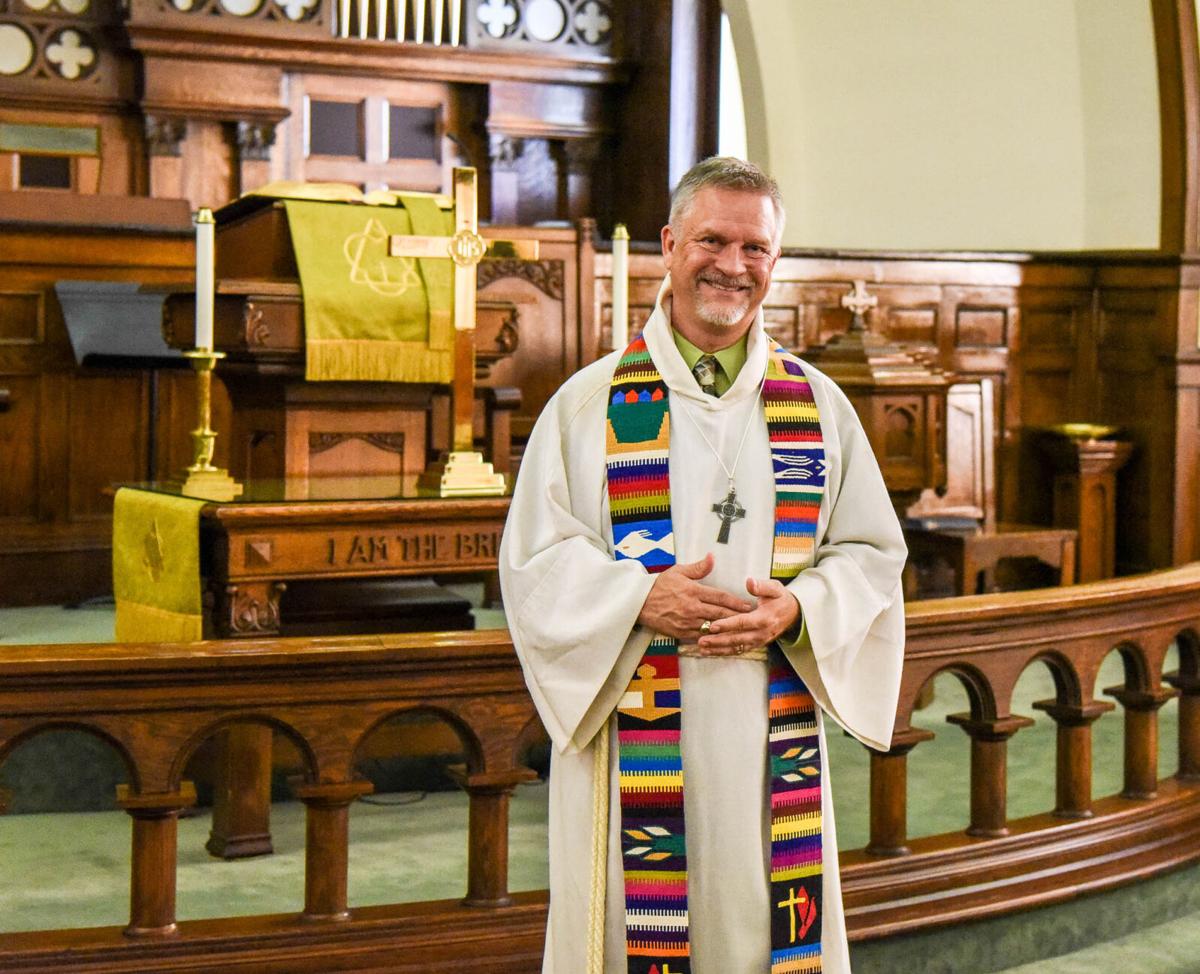 “Last December, I felt like I needed a change to renew myself,” Matthews said. “Some would call it a ‘nudging of the spirit’ to do something different. Tanya was on board and we got our appointment.”

Matthews asked that for his re-appointment he be allowed to stay near Charlotte because he knew that his wife, Tanya would need additional treatment. She was diagnosed with what was at that time deemed an inoperative brain tumor 25 years ago. In 2001, she had surgery and two and a half years ago, more surgery. She’d been through chemo regiments and radiation and got through it.

Three months ago, they received the news that her cancer had spread and a month later, that it had entered into her spinal fluids. This all happened when people weren’t allowed to be with their loved ones in the hospital.

“The neurosurgeon gave us the prognosis of what they had found and that it would be a matter of weeks,” Matthews said. “That was almost unbelievable for us to hear this. Even when we brought her home and she was still in her right mind, we thought that it was a misdiagnosis. Then we started seeing the decline daily. She never lost who she was, she lost sense of time.”

Before this all happened, Matthews had pre-arranged to take a spiritual leave from the church. This would have been the first leave he’d taken in 33 years.

“This was supposed to be my ‘me time,’” he said. “It worked out as it needed to. I couldn’t have handled the church and the responsibilities there, including retooling my ministry for COVID, and then handle everything with Tanya.”

Tanya passed away on June 5.

The end of June, Matthews moved to his new parsonage in Crouse and for the first time, in what he said feels like his entire life, he’s without Tanya.

“I have to learn how to me again,” he said. “I’ve never known a time without Tanya. There was never a time I didn’t know her. We grew up in the same church together, on the same road, a half a mile apart. We’d ride the bus together secretly holding hands.”

To some extent, moving to Crouse is almost like coming home for Matthews who grew up on the western side of the county. Some of the members of his new churches knew him when he was growing up.

“My grandmother lived in Crouse,” he said. “I’m familiar with this area. Even though people may not know me personally as an adult, they knew me when. The door had kind of already opened here. People from this area remember also Tanya and her parents.”

Before Matthews came to the Lincolnton church, he was pastor for 13 years in Denver and still has a lot of friends on the eastern side of the county. He hopes in his new post to be a bridge between east and west.

Taking over Matthews’ position in Lincolnton is Dr. Tim Roberts. He hasn’t quite moved into the parsonage in Lincolnton yet, but he’s been spending time at the church and already likes the atmosphere of Lincolnton. He’s originally from Charlotte. Roberts’ wife, who is also a pastor, will remain at her church in Wilkesboro. They’ll maintain a long-distance relationship for at least three more years.

“Fridays are our days off so I’ll either go to Wilkesboro until Saturday noon or she’ll come down here,” he said. “We’re going to do that every week. I was a former firefighter and she was a paramedic so when we first got married, we only saw each other about 10 days a month so we’re going to go back to our beginning.”

Roberts said he still misses the fire department even though he’d be retired by now.

“Last year, I did something totally different,” he said. “I joined the Coast Guard Auxiliary. I’ve become really active in it. I always regretted not going into active military, so this is my way of serving my country but doing it on a volunteer basis. I’ve had to go through the exact same training as active military, but I don’t get paid for it, but I really enjoy it. I’ve thought about volunteering for a fire department but getting up at 2 in the morning just doesn’t appeal to me anymore.”

There are similarities between being a pastor and a firefighter, Roberts said, like helping people in their most dire need.

“Both professions are not what most people think they are,” he said. “Most people would think that a pastor’s job is to preach. We get kidded about only working one hour a week. With the fire department, we just sit around playing cards. That’s not quite true. There’s a lot of education, community interaction and a lot of things that people just don’t see.”

The big difference is, with the fire department, if they do a good job, people see it. Not so much the case as a pastor.

“I love all that I’ve seen with Lincolnton so far,” he said. “I love being able to walk places. The parsonage is only about four blocks from here. I’ve already figured out it’s a 10-minute walk and a seven-minute bike ride. Plus, there’s not the mountains like in Wilkesboro.”

Ministry in the time of COVID brings its own set of challenges which Roberts said he’s up for.

“You don’t change your message or the reason why you do it,” he said. “You change how you do it. COVID’s forcing us to do that. It’s forcing us to reach people in a different way. In my last church, our attendance went up almost 50% because we were doing it livestream. People who couldn’t come before were doing church again. There’s such potential with this church. From what I’m finding you they’ve got the right heart and the attitude to make a difference. The people have all been very nice and generous and have already reached out to me in many ways. One of the things that made my heart sing was when Doug Ballard reached out to me and said, ‘Tim, we want you.’ I figured out several years ago, that I don’t want to be needed, I need to be wanted. There’s a big difference between being needed and wanted.”

Roberts expects to move into the parsonage on Monday. Like is the case with Matthews, however, this is the first time in Roberts’ life he’s lived alone.