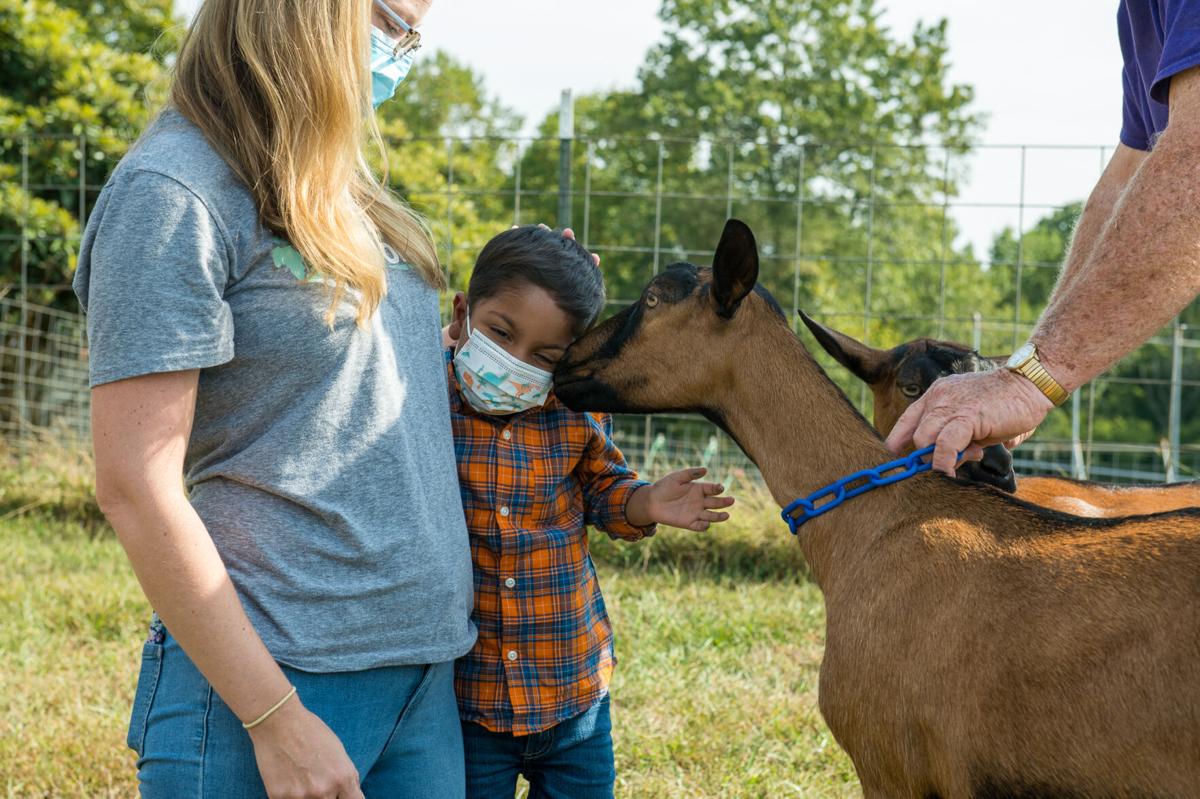 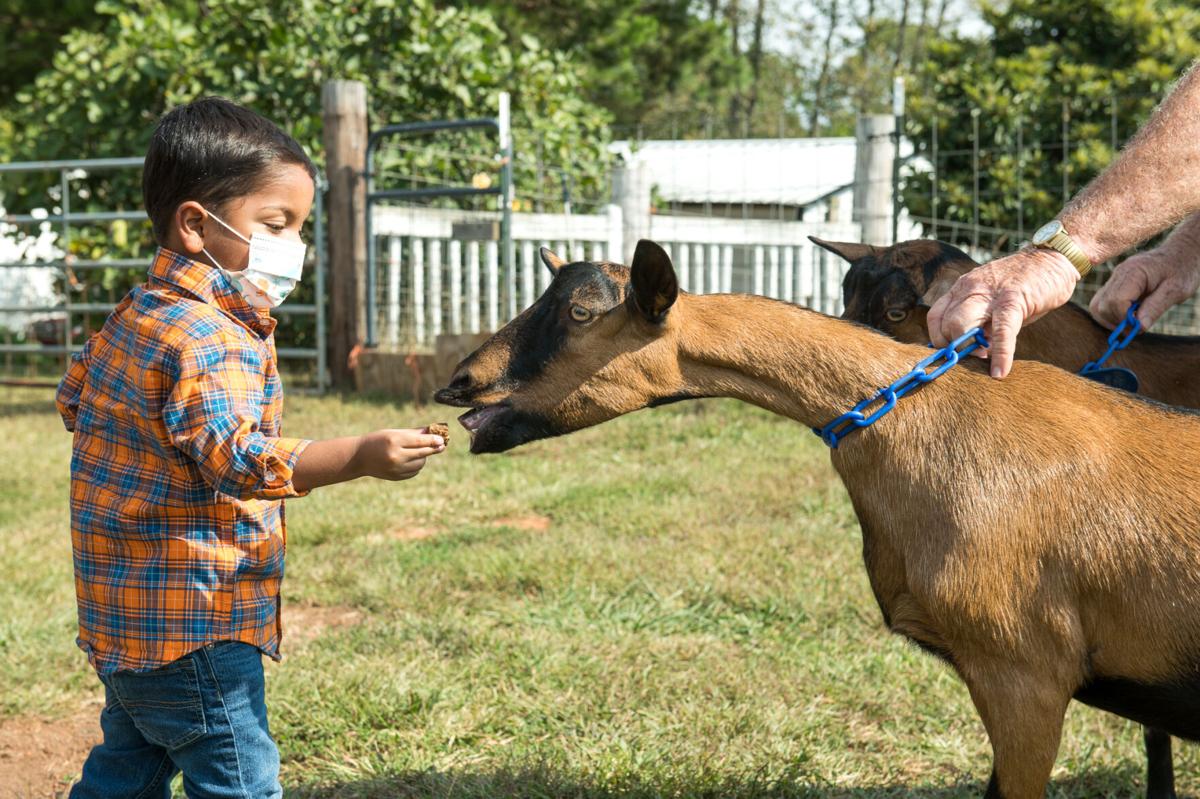 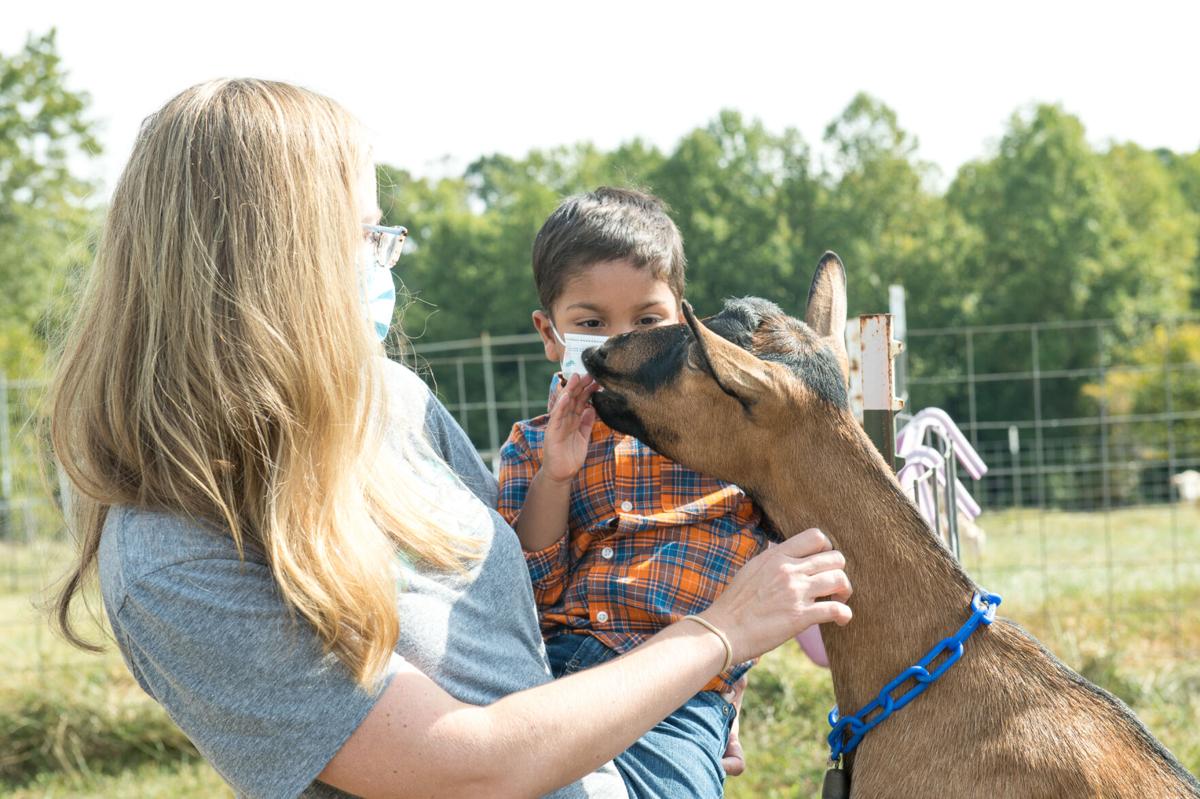 Shivay loves animals, especially cows. He is, to some extent indebted to a cow, but more on that later. Courtney Jones and her husband, Chandous, adopted Shivay when he was 19 months old from Pune, India. He’ll be four the end of November.

“He’s an amazing little boy, but we knew he had a lot of medical issues,” Jones said. “He has what’s called heterotaxy syndrome. Basically, that means that you don’t have a spleen, or you have multiple spleens, and all of your organs are either out of place or missing. Shivay has no spleen which makes him immunocompromised. He also has five different complex heart defects that make up what I’d classify as a complex single ventricle anatomy.”

When Shivay, who was living in an orphanage receiving only palliative care, arrived in the United States, he wasn’t walking and was very developmentally behind. Through therapy, he’s caught up quite well.

Jones works in the medical field and used to work in the cardiac unit at Duke University Hospital which is one of the reasons why she and her husband thought they could take on the complexity of Shivay’s condition.

Shivay was supposed to go through a particular series of surgeries for his heart condition which is called a Fontan Procedure, but the long-term survivability of individuals receiving this treatment wasn’t good. Jones reached out to a physician that she worked with at Duke who was now at Boston Children’s Hospital who told her about a newer type of surgery that they were performing in Boston, Complex Biventricular Repair and he encouraged her to bring Shivay to Boston to see if he was a candidate.

“Basically, the surgery involves making a heart into a four-chamber heart, not quite like ours, but ‘abnormally normal,’” she said. “We told our cardiologist here that we were going to go and look into this, and he said that there was no way given how complex Shivay is that he could have that done.”

Shivay went through the initial testing in Boston and his parents were told that he was a candidate, and the surgery was possible, but up front, Jones had asked him to tell her if it were his child, would he do it. The doctor said that it was so complex, if it were his child, he wouldn’t do it. With the Fontan, Shivay would need a heart transplant as well as a liver, and maybe a lung transplant, but the outcome would be a known path. The Biventricular was pretty much unchartered territory given Shivay’s complex anatomy.

Shivay’s test results were sent to Children’s Hospital Philadelphia for a second opinion and the outcome was that the Biventricular Repair should not be done and that they didn’t even think it was possible for Shivay.

“By then, we thought that we just weren’t going to do this,” Jones said. “We had a final meeting with our surgeon at Boston Children’s, Dr. Emani, whom in our eyes is an earthly hero, who walked into our consult and said that he could do the Biventricular and it was possible. He said that he’d be honest with us and tell us that he was probably the only surgeon in the world who would attempt this surgery and Shivay’s probably only the fifth or sixth child that this has been attempted on. Come to find out, with Shivay’s anatomy, he’s the first. There are four more ahead of us who are kind of similar. He also said that if it were his kid, he’d do it, but that he was a risk taker, he was a rock climber and a motorcycle rider.”

There was a safety net in that this procedure was done over multiple surgeries. By doing the first surgery, there was no harm other than it being open heart surgery which is always a risk.

With the biventricular conversion, Shivay’s whole heart had to be rebuilt and some of the materials used to rebuild his heart were bovine. This made Shivay very proud that he now has pieces of a cow heart in his chest. This helps a lot with the trauma that Shivay has to go through with all of these surgeries to keep his cow heart in good working order.

“He should have passed away in his first year of life given he was getting palliative care only,” Jones said. “He just survived on his own. He kept defying every odd. A lot of heterotaxy patients get sepsis from their lack of spleen in the first year of life. He wasn’t given any preventative antibiotics. He’s a fighter and a miracle kid.”

When the Jones family filled out the paperwork to adopt a special needs child, they specifically said no to every condition that Shivay has, but when they got his file, Jones said that God intervened, and they knew that he’d been preparing them for 10 years for Shivay. They were prepared financially, emotionally, with physician connections and many other things for what Shivay needed.

Despite his challenges, Jones says that “Shivay keeps kicking butt and taking names.”

“We feel blessed to be a part of this, but he’s the warrior,” she said. “He’s one of the most amazing kids I’ve ever met.”

Despite only getting palliative care while in India, Shivay’s oxygen levels were so low that there was the chance that his brain would be affected, but that hasn’t been the case. He’s self-learned how to add and is learning how to read. Basically, he’s running circles around his peers.

“We’re not pushing him,” Jones said. “He’s doing this all on his own.”