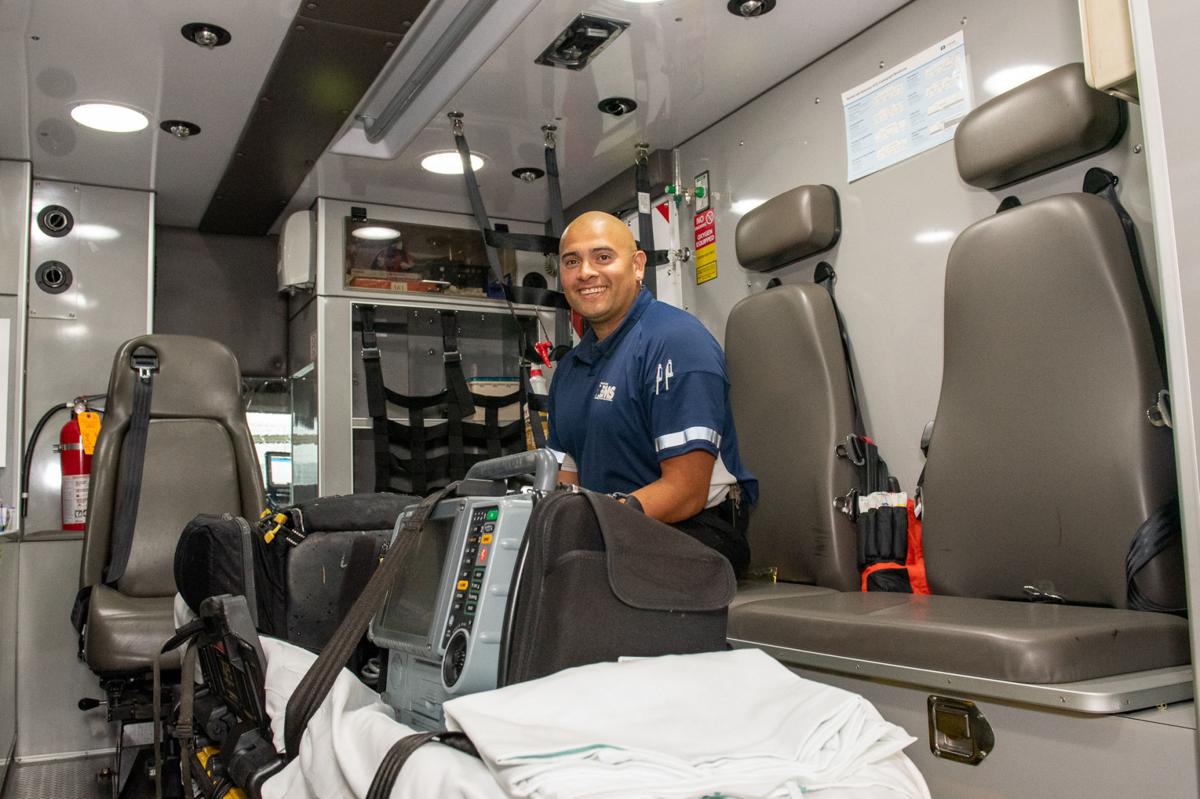 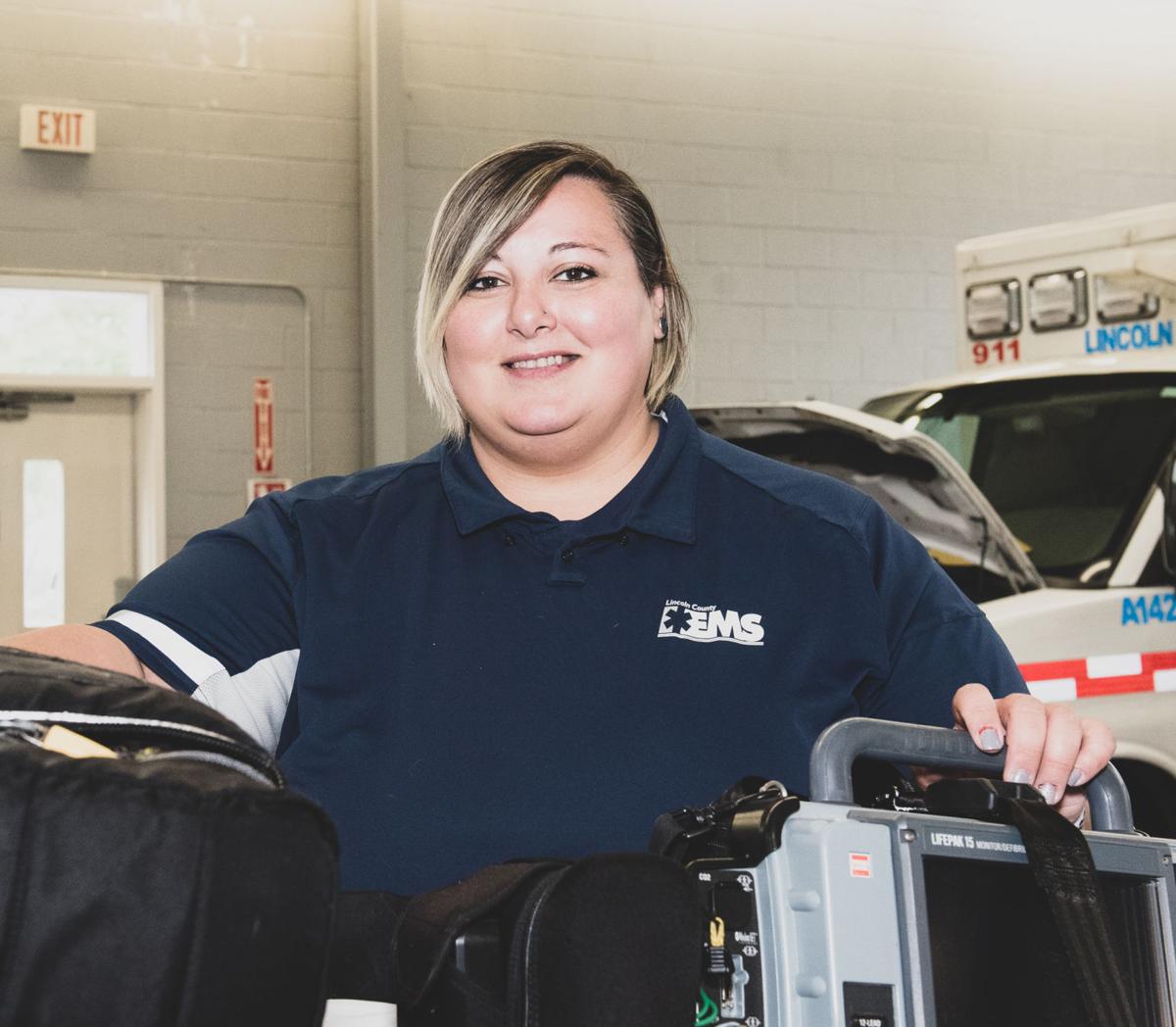 Callie Williams has been working for Lincoln County EMS, first as an emergency medical technician, then as a paramedic for four years.

Callie Williams has been working for Lincoln County EMS, first as an emergency medical technician, then as a paramedic for four years.

Today brings to a close National EMS Week and is officially EMS recognition day. Unfortunately, space doesn’t allow for spotlighting all of the staff at Lincoln County Emergency Services. They’re all deserving of recognition and appreciation for the jobs they do day in and day out.

“I’ve always wanted to be in healthcare,” said Callie Williams who has been working for Lincoln County EMS for four years. “When I first got out of high school, I started at a company that kept promoting me so that aspiration went on the backburner. When I finally left there, I felt something missing. A friend, who was a firefighter, suggested that I go and get my emergency medical technician certificate, so I did and fell in love with it. I love being with the public and I like seeing that I made a difference.”

After working as an EMT in Lincoln County, Williams decided to go back to school to get her paramedic certification. Not long after she received her certificate, she went on one of her more memorable calls.

“We got called out for a patient with heart problems,” she said. “She was supraventricular tachycardia (SVT) which is an abnormally fast heartbeat. We tried everything to get it to go down by itself and it didn’t. We got here in the truck (ambulance) and I gave her medicine. I was sitting there and almost peeing my pants because it was the first time I’d ever given that particular type medicine. It essentially stops the heart and then tells it to restart. I watched it work and the patient get relief. That was the moment that I realized that I could do this. I can be a paramedic and treat people.”

An EMT or paramedic has to be able to think on their feet, quickly, and know where everything is in their ambulance. A call can go from a patient talking to them to going into cardiac arrest in a matter of minutes. Sometimes the patient dies.

“Most of the time, by the time we get there, the emergency has already happened,” said Kimberly Green, Lincoln County EMS deputy director. “You don’t see the incident happen. Whenever you see an accident happen, like someone shooting themselves or dying in front of you, it’s very rattling. Normally, you have the opportunity to prepare yourself psychologically on the way to the call. When we get dispatched, you know what you’re going to so you can run through your protocols and scenarios. You can assign rolls and you have a game plan. When something happens right in front of you, you have to react. It’s like getting the breath kicked out of you for a minute or two.”

Sometimes, however, the whole story isn’t evident until the paramedics get on the scene. At that point, they have to react quickly.

Like with many other first responder jobs, there’s both a local and nationwide shortage of people who want to become EMTs or paramedics.

“It’s demanding work,” said Green who started out as an EMT. “It’s challenging both physically and mentally and we don’t get paid quite enough money for what we do. There’s a lot of skills that we can perform out in the field without a physician standing beside us that nurses aren’t allowed to do. There’s a lot of liability and responsibility that comes with that.”

The other problem is that the career ladder is short, Green added. There aren’t a lot of different avenues that a person in EMS can travel.

“We’re really proud of the progression that Kelly has made while she’s been an employee here,” she said. “She came in part-time as a basic EMT and worked her way up. She’s a result of our investment as an organization.”

Working in a position that is relatively new for EMS due to a rekindled relationship with the Lincoln County Sheriff’s Office is Roger Viquez. He works on the tactical medical team with sheriff deputies. Viquez worked as an EMT for three months. After taking his state exam, he moved up to paramedic.

“I had a previous military background and when they brought the tactical medic team back, I wanted to get on it,” he said. “I did everything I needed to do and got back in shape to be able to pass the tests.”

The tests include a timed mile and a half run, the ability to do 40 pushups and 40 crunches in a minute and qualify with rifle and pistol.”

Tactical medics have the primary responsibility of providing medical care to sheriff’s deputies and/or the suspect(s) if necessary. Types of calls that a tactical medic would go on include high risk search warrants, felony apprehensions, hostage rescue, barricaded subject or officer down.

Viquez came into the medical field through a promise to his grandmother who was a diabetic. After a 911 call, she told him that she could see him doing the job of an EMT.

“I made her the promise that I would become a paramedic,” he said. “I love what we do. We get to help people on both a physical and personal level.”