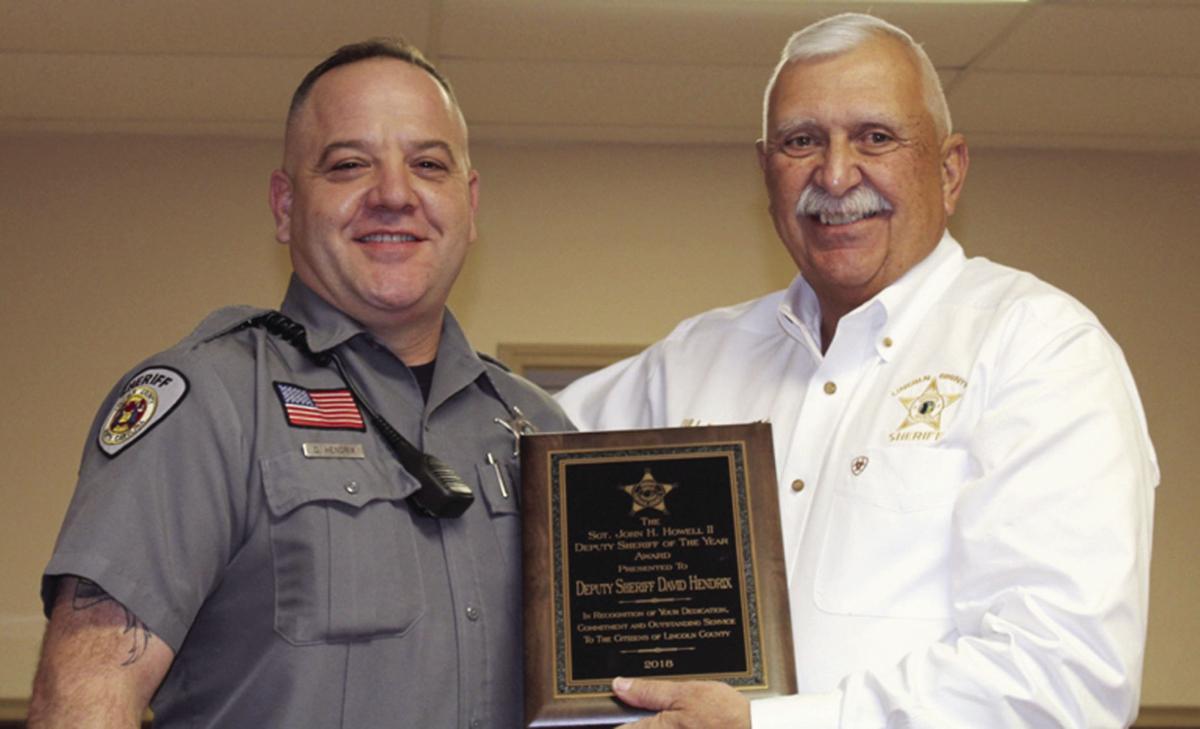 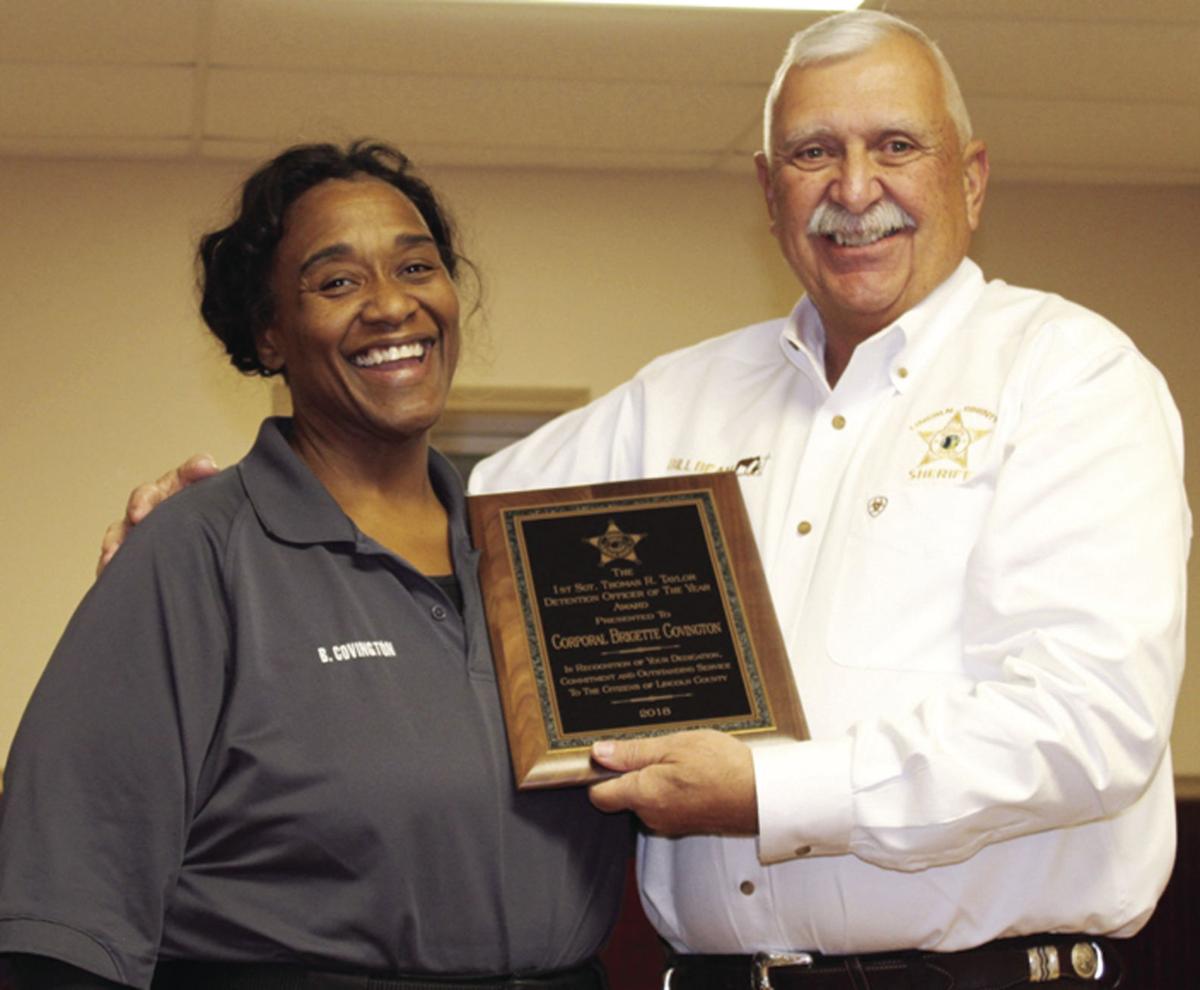 The Lincoln County Sheriff’s Office handed out its Officer of the Year awards earlier this month. According to a press release, the awards are conferred upon officers for outstanding achievement and and performance above what’s required by an officer’s normal assignments.

The awards were created in 2011 to honor a patrol deputy and a detention officer.

Deputy David Hendrix received the Sergeant John H. Howell II Memorial Deputy Sheriff of the Year award. The award was named for Sergeant Howell, who was killed in the line of duty in 1973.

According to a press release, Hendrix joined the LCSO in 2017 and made 135 arrests in 2018, mostly felony drug-related charges. Sheriff Bill Beam credited Hendrix’s professional demeanor, motivation and teamwork efforts.

The First Sergeant Thomas R. Taylor Detention Officer of the Year award was bestowed to Detention Officer Corporal Brigette Covington. She’s described by her peers as a dependable person. Covington was cited by Beam for her positive attitude and strong work ethic and character.