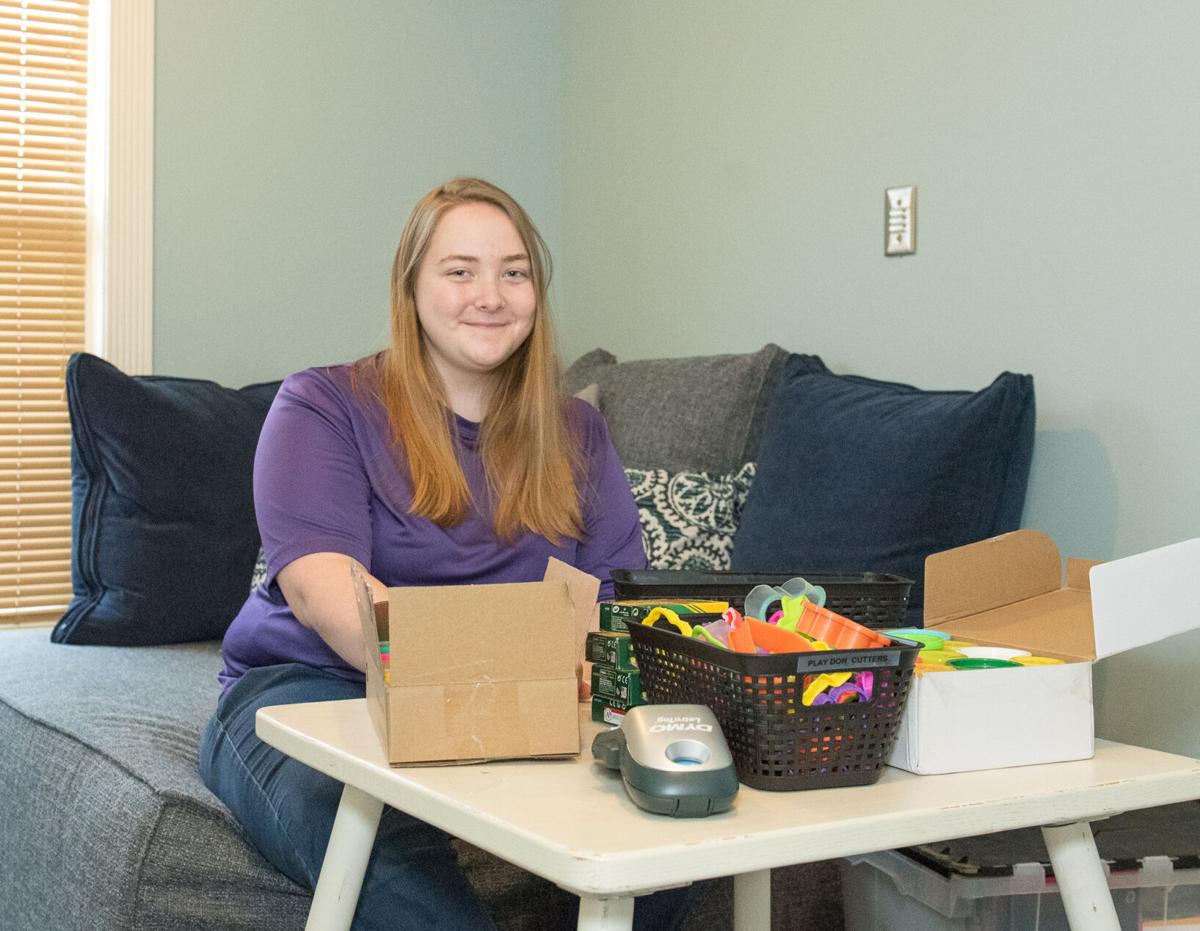 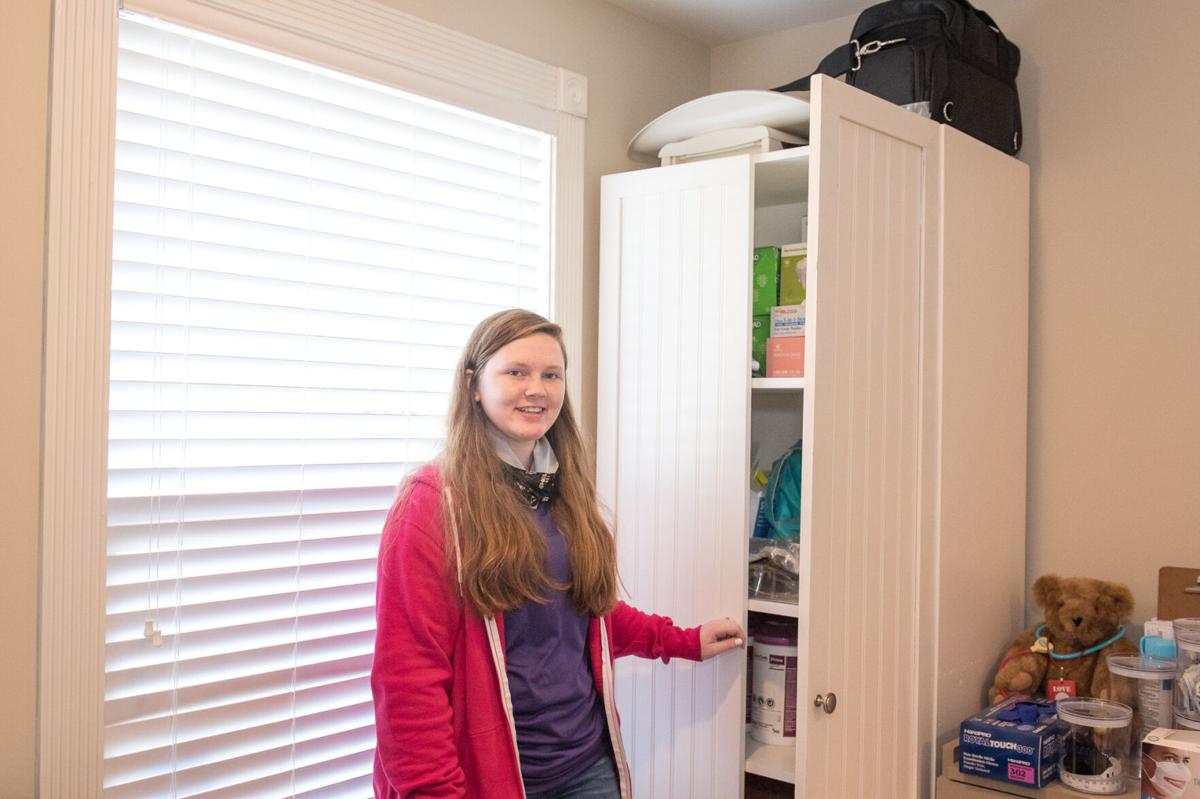 Two young women, both members of Scouts BSA, chose projects at the Lincoln County Child Advocacy Center for their Eagle Scout Projects. Hannah Hamrick who just turned 18, built a PPE storage cabinet to go in the medical exam room at the CAC. She also applied fish decals to the walls and ceiling of the room.

“I made it an under the sea theme,” she said. “Before it was a sterile environment which might have scared kids. The artwork that was in there was old and outdated so I replaced it. The fish on the ceiling would be a good distraction.”

Hamrick had been in “Venturing” which is a co-ed branch of Scouts BSA. In 2019, when Scouts BSA opened to girls, she joined Troop 1987 which is based out of Crouse United Methodist Church. The scout master is Charlie Saunders. The troop was formed with five girls. It’s since grown to seven girls.

“Troop 1987 is an all-girls troop,” he said. “There are boy and girl units in Scouts BSA. When I joined it was because I wanted to make sure all kids had the opportunity to be a part of the scouting movement. All kids deserve the pathway to getting an Eagle Award.”

Another member of Troop 1987, Abby Pearson, 16, is also completing her Eagle Scout Project. She updated the artwork in the interview room. Previously, there was a red nursery rhyme quilt hung.

“Red is an angry color and it didn’t really match the room,” she said. “Part of my project was to make a splatter paint art piece to replace that. I also made a kid-sized table to go in there.”

Pearson raised money to purchase Play-Doh, paper, colored pencils and crayons as well as baskets to organize these supplies in. She labeled all of the baskets and organized them in a cabinet.

Pearson used to be a girl scout but was exposed to boy scouts through her brother which made her want to join Scouts BSA.

Scouts BSA is the traditional scouting experience for youth in the fifth grade through high school. Service, community engagement and leadership development become increasingly important parts of the program as youth lead their own activities and work their way toward earning Scouting’s highest rank, Eagle Scout. Venturing is an inclusive program through the Boy Scouts of America for males and females aged 14-21 (or 13 and completed the eighth grade). It’s operated through Venturing Crews, units of youth and advisors that meet on set schedules and plan activities and events for youth.

“Boy Scouts,” became “Scouts BSA” On Feb. 1, 2019 and welcomed girls between the ages of 11 and 17. The first class of female Eagle Scouts will be recognized in 2020, according to Boy Scouts of America. The program for younger kids, Cub Scouts, has been welcoming girls since early 2018.