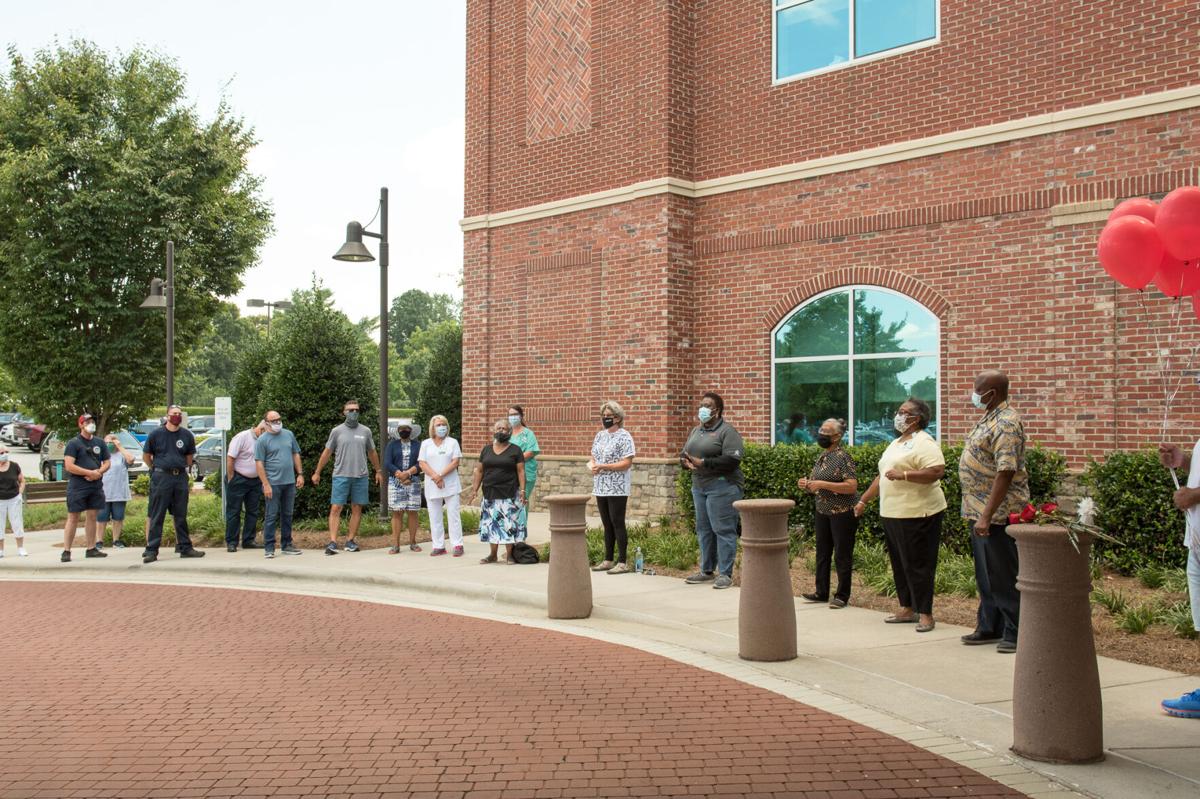 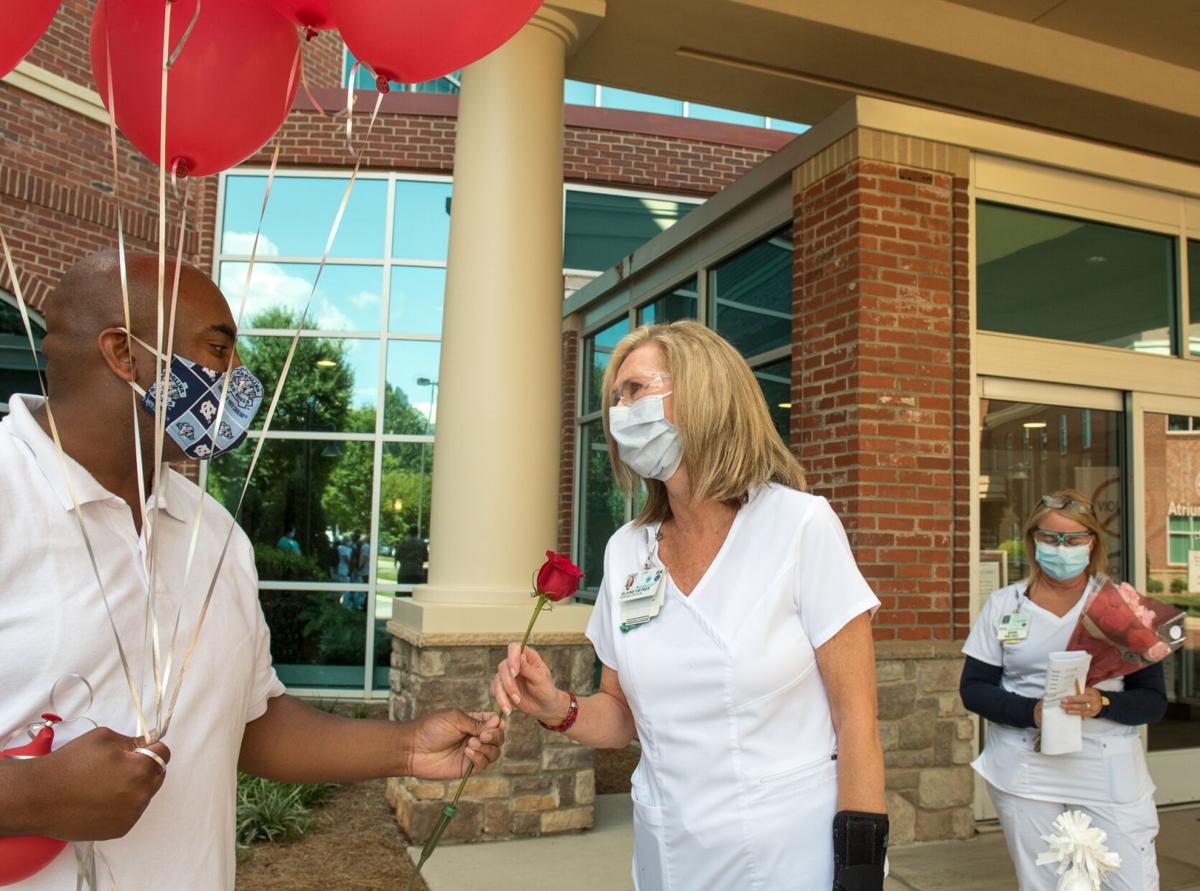 In the second of what Anthony “Jamel” Farley refers to as a “revival,” local pastors, ministers and community members paid homage to first responders and healthcare workers at Atrium Health – Lincoln Monday afternoon.

The first of these prayer services initiated by Farley was held on Wednesday, June 10, began with a conversation that started here and there after the death of George Floyd at the hands of a white police officer. Farley, along with a group of local pastors and ministers worked together for the event which brought a widely diverse group of people together in prayer.

Instead of praying for an end to racial injustice and police brutality as they did at the first service, the diverse group prayed on Monday for first responders and hospital care workers.

The job description of a first responder includes the requirement that they head directly into danger to help others. This may be to fight a fire or confront a person with a gun or other weapon. In these days of COVID, however, first responders may well be called into the home or otherwise in close contact with a person who has COVID. This adds more risk to an already hazardous job. Hospital care workers, doctors and administration staff are now confronted with a disease that is not well understood, relatively easily spread and can be deadly.

Those first responders and healthcare workers in attendance received roses and a bouquet of red balloons was released.

“We appreciate the support of our pastors and our community partners recognizing the challenges that we have had in the past weeks and are yet to come,” Elaine Hayes, who works in administration at Atrium Health – Lincoln said. “Their support and prayers mean the world to us.”

Another prayer service will be held on Wednesday, July 22 at 7 p.m. Everyone is welcome to attend.