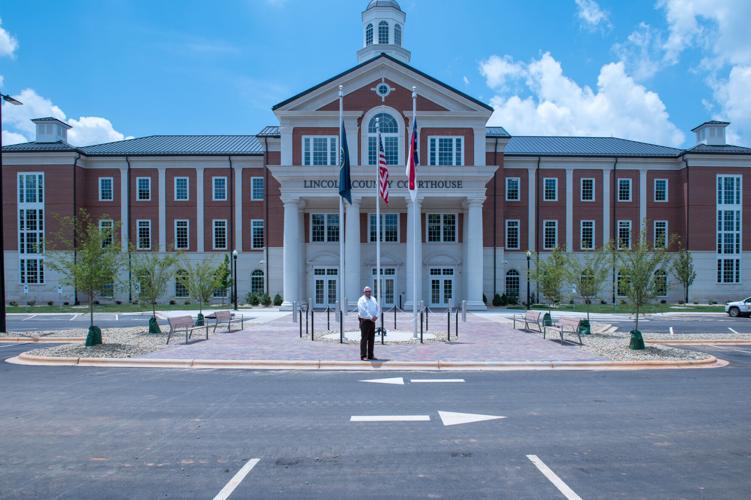 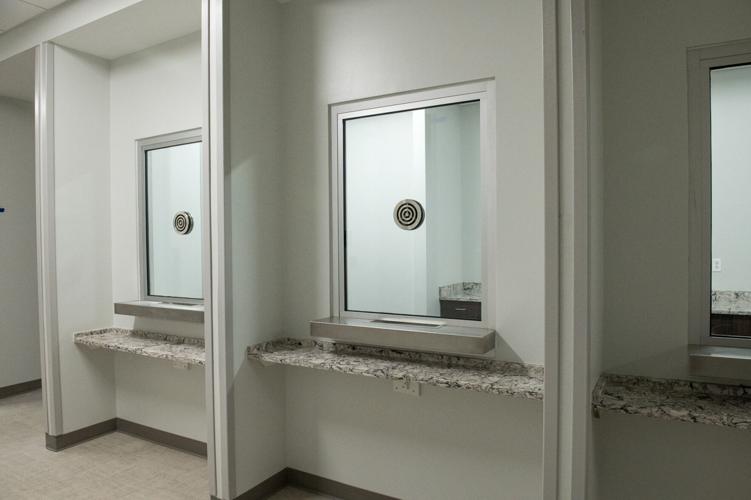 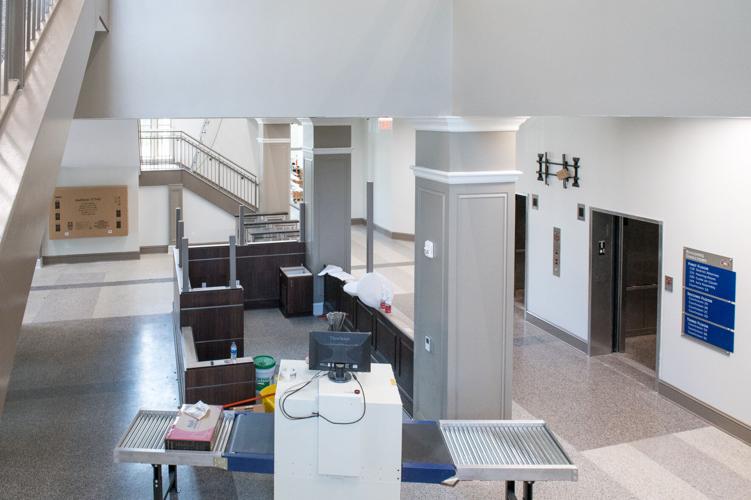 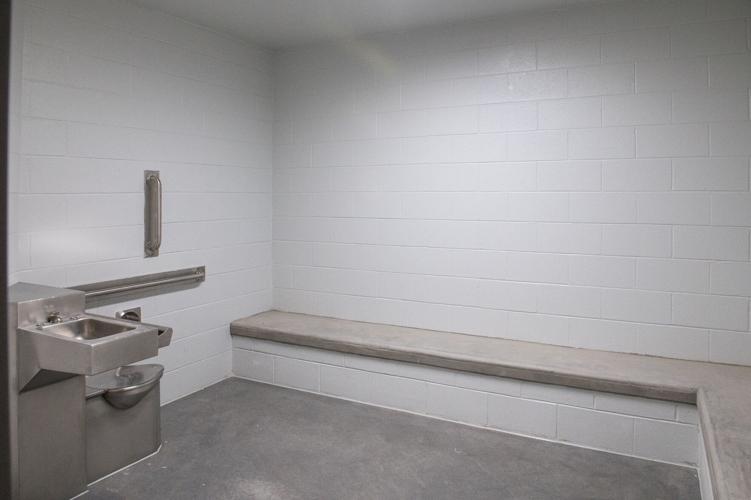 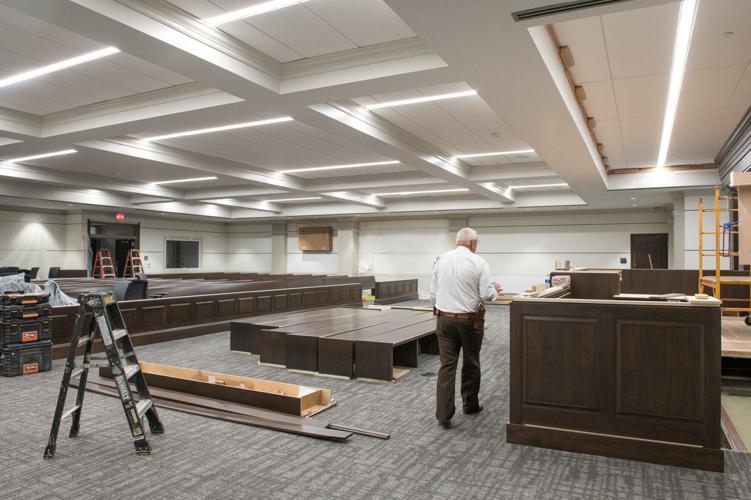 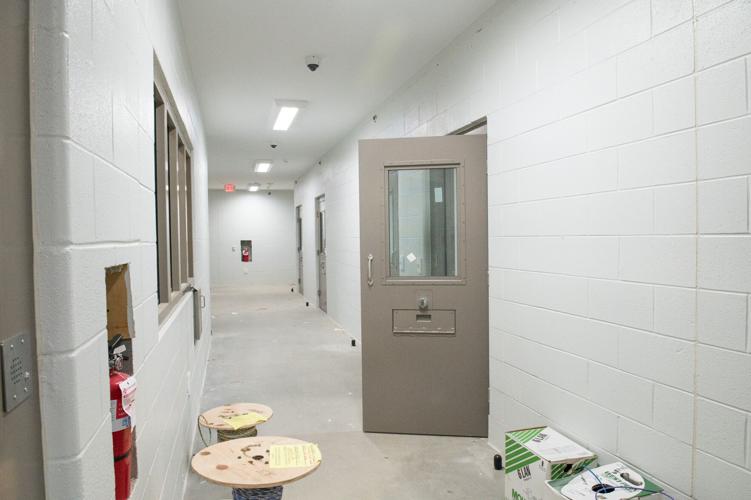 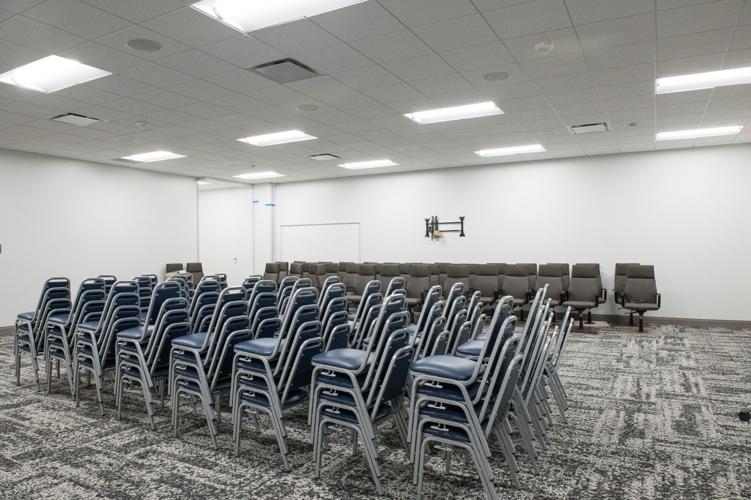 Bill Beam was chair of the Lincoln County Commissioners when the decision was made to build a new courthouse and he has the unique opportunity to now be the county sheriff at the time the old courthouse closes and the new one opens. This new courthouse carries the price tag of $32 million, which would have been so much more in these times.

At three stories and 104,000 square feet, it’s massive. It is, as Beam said on Wednesday, “built to last 100 years and it’s the most beautiful courthouse in Lincoln County.”

To say that this new courthouse is state-of-the-art is an understatement. Upon entering into the main lobby, with of course has high-tech security in place, visitors can look at the monitors to find out which of the seven courtrooms they need to go to. The supreme and district court clerk offices are located on the first floor. Anyone having business with either clerk’s office can speak to employees behind glass which enhances security for both parties.

Also on the first floor is an office where a deputy sheriff can monitor the entire courthouse through 240 cameras.

“Somebody’s going to have to be in here at all times looking at monitors,” Beam said. “There’s a huge lock-up down in the basement. There’re five different lockups in this building. Real jail lockups – not a closet like what we have in the old courthouse. We’re going from 1921 to 2022.”

There are 14 holding cells in the basement which can hold multiple people if necessary. The inmates have their own separate elevators to the second and third floors where the courtrooms are located. Judges have their own elevator and parking in the basement of the building. The public has their own elevator. The judges and inmates’ elevators are only accessible with a keycard. On the second and third floors, there’s conference rooms where inmates can be in a secure area to meet with their attorneys. All courtrooms are handicap accessible.

“People on the jury can retain their cell phones and have access to wi-fi service while they wait,” Beam said. “When they go into the courtrooms, they’ll have to put their phones in a pouch which is latched. You keep your phone with you, but you can’t use it. When you get ready to leave, an officer can unlock the latch.”

In addition to the first-floor monitor room, there are several locations that have to be staffed at all times by a deputy sheriff as well as the bailiffs who work in the courtrooms.

“It’s a massive operation,” Beam said. “We’ve got a lot of training to do before the courthouse opens on June 27.”

The courtrooms are all large with the ability to social distance if necessary. One courtroom has the capacity to have three sitting judges on a trial if necessary.

“We haven’t had a jury trial in two years,” Beam said. “The judges said they wanted us all six feet apart and masked and we just couldn’t do that. You can’t put someone on the stand with a mask. Jurors can’t judge whether a witness is telling the truth or not if they’re wearing a mask. We took a lot of pleas. Plus, the courtroom had to be shut down several times due to COVID.”

Prior to becoming the sheriff, Beam was a county commissioner.

“My name is on the plaque out front,” he said. “When I’m dead and gone, I don’t want anyone to remember that Bill Beam was a county commissioner. I don’t mind if they remember that I was the sheriff. As a long-time county employee, I knew we needed a new courthouse, much more than we needed a new county office building. I’m very proud of this courthouse. I’ve had to take ownership of it from both sides of the aisle. Kelly (Atkins) has done so much for this county. He took over and renovated the school administration building, that has served as a wonderful business office for county government. We still have a new county office, and now we’ve got a state-of-the-art courthouse which is a pleasant place for our citizens to come who have to serve on jury duty or have other business here.”

Members of the public are invited to join the ribbon cutting ceremony and grand opening celebration at 120 Justice Drive, Lincolnton on Friday, June 17 for refreshments and tours beginning at 2 p.m.