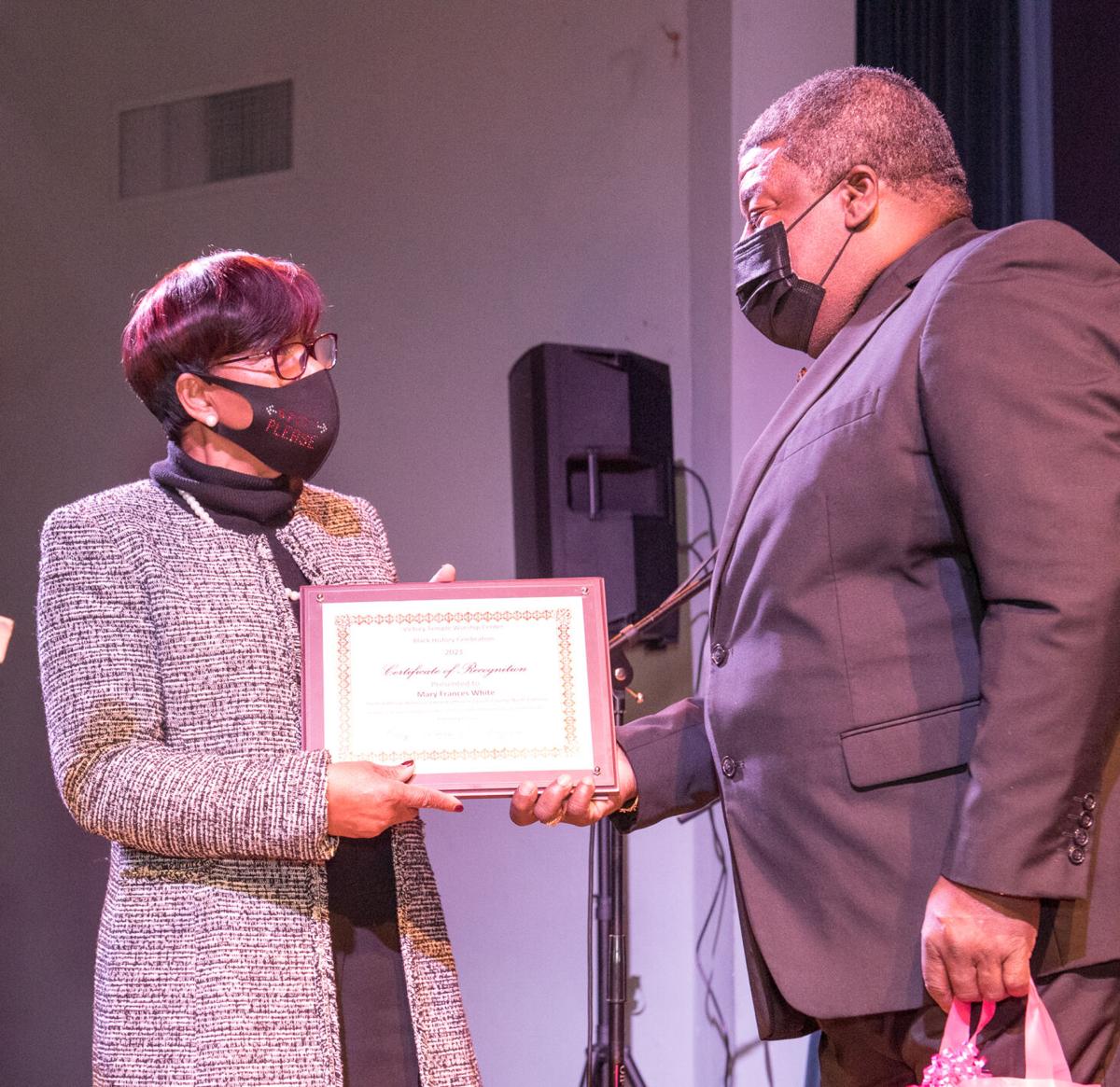 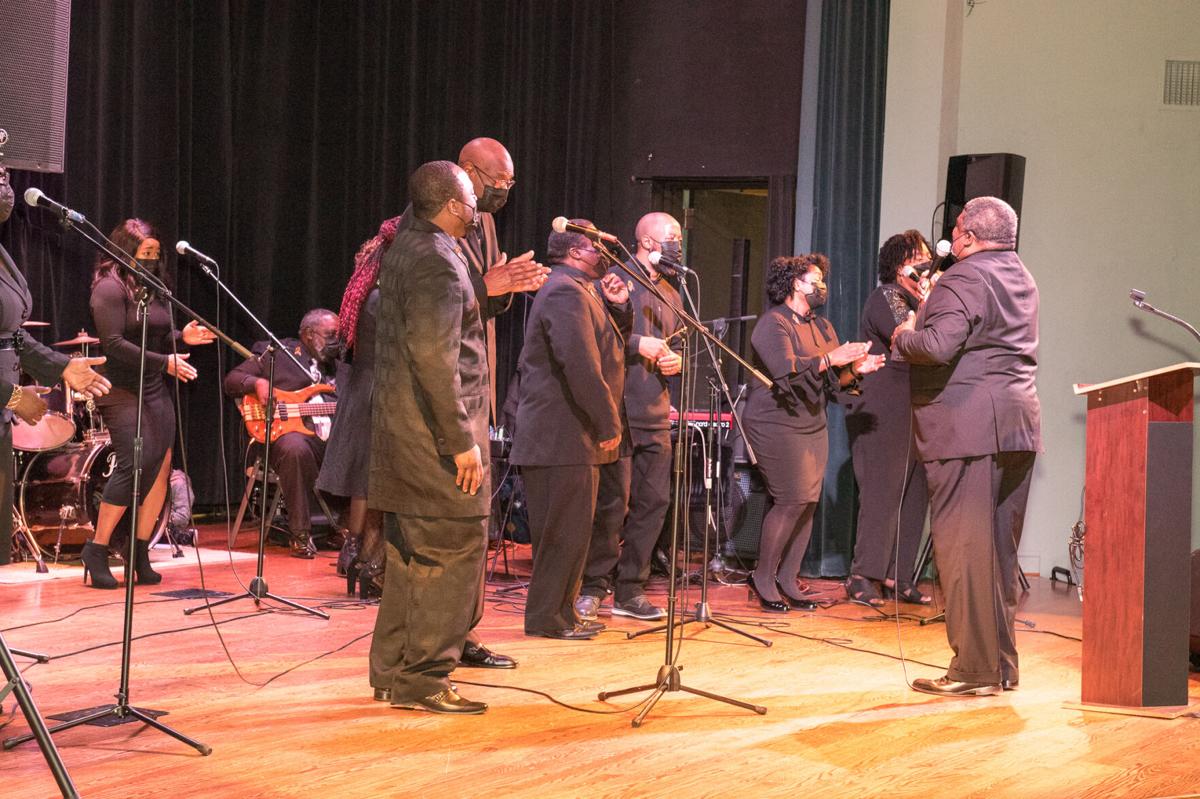 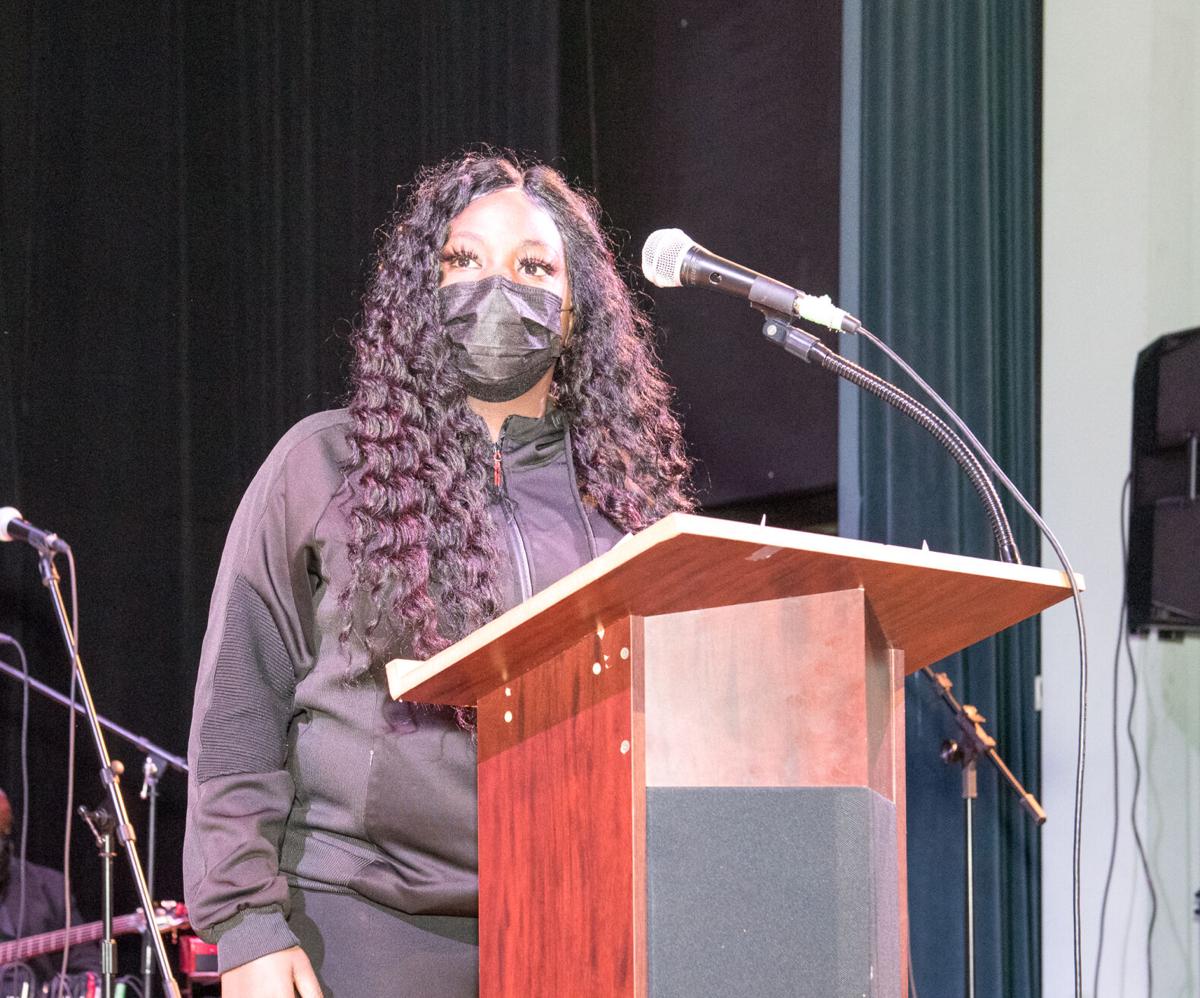 City of Lincolnton councilwoman, Mary Frances White, who has the distinction of being the first person of color to become an elected governmental official in Lincoln County was honored at a black history celebration sponsored by Victory Temple Worship Center at the Lincoln Cultural Center Saturday evening.

She got her funeral director’s license in 1981 and attended embalming school at Gupton Jones College of Funeral Service where she earned a second associate degree, this time in funeral service, and passed the state board exam in 1987. Later that year, she purchased Ebony Funeral Service from Edward R. McGimpsey, who said at the time that he’d only consider selling the business to her. She renamed it Ebony & White Funeral Service.

“I didn’t quit, I didn’t give up and I was determined,” White said. “To all of you young ones here, I want you to know that in the words of Kamala Harris, ‘I may have been the first, but I won’t be the last.’”

The celebration featured music performed by the Victory Choir as well as poetry. A Lincolnton High School student, Mahogany Thompson, a poet herself, recited the poem that Amanda Gorman wrote and read at President Biden’s inauguration, “The Hill We Climb.”

“This was very big for me,” she said. “Honestly, it’s really heart touching because this is very important. It’s powerful. To think that this poem was recited in front of a president and I was chosen to read it – it really means a lot.”

Thompson, who is a member of the Class of 2021, plans to attend a historically black college to study the arts.

“I plan on doing poetry and speaking up for things that most don’t talk about,” she said. “I want to stand up for what I believe in and put it in my art.”

In honor of Black History Month, an installation was on view in the small gallery at the Lincoln Cultural Center which contains many of the items which are normally on display at Providence Missionary Baptist Church. This is an extensive collection of fascinating information about important individuals and happenings in black history assembled by Providence Missionary church member Deborah Williams. This installation will be on display throughout the month of February.

On Saturday, Feb. 13 at 4 p.m., the Lincoln Cultural Center will be showing the movie, “Selma.” This is a free event and open to the public.