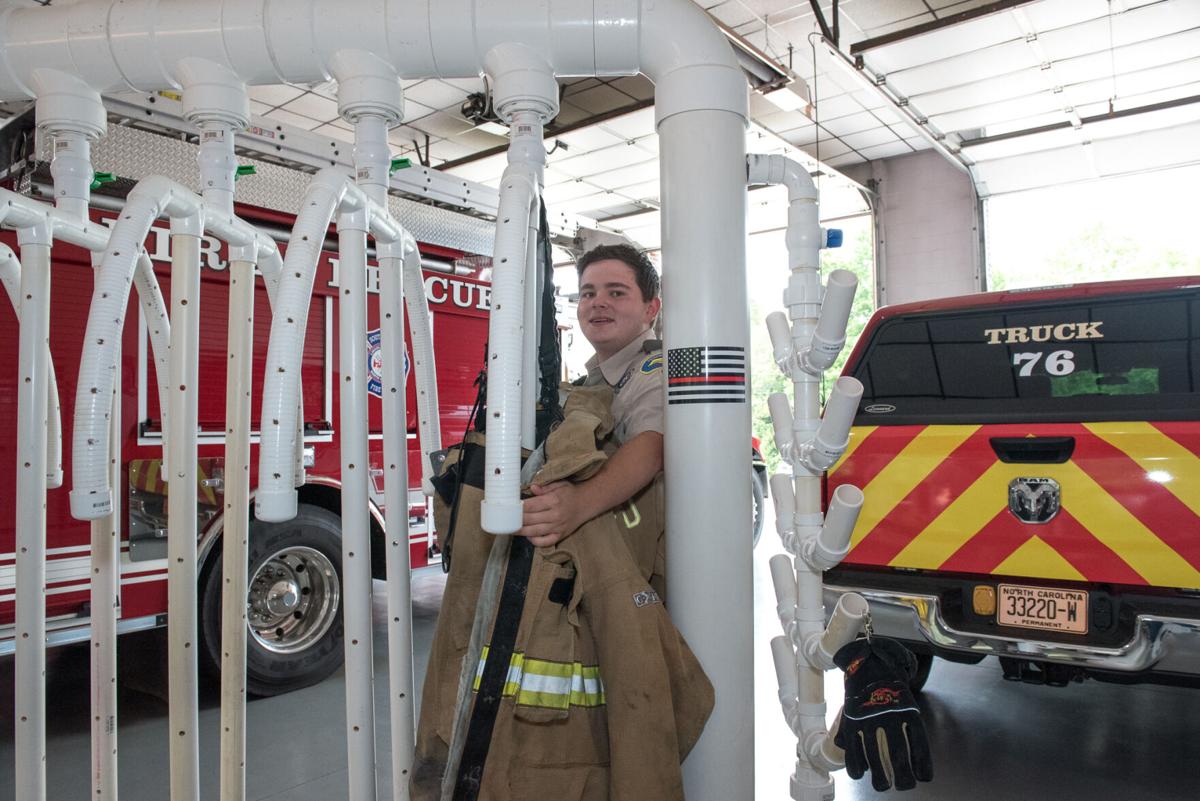 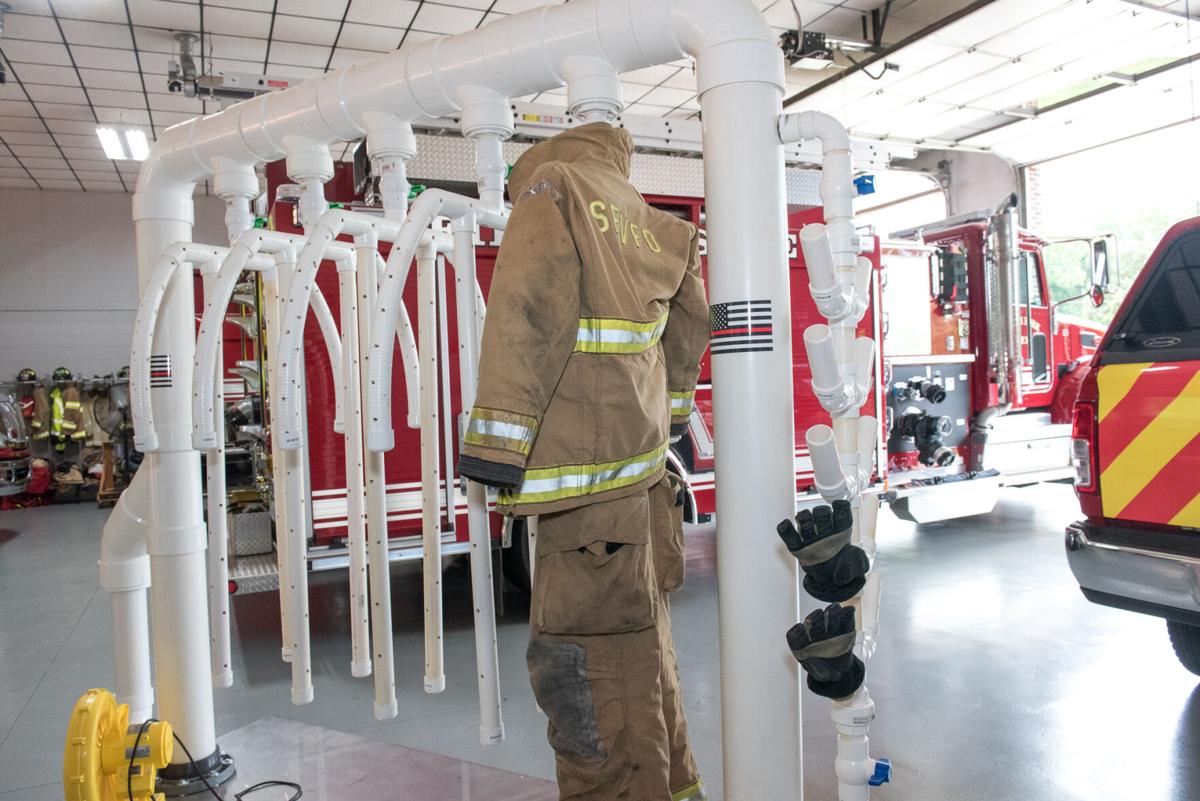 A local boy scout engineered and built what could be a potentially life-saving device for the firefighters at the South Fork Fire Department. For his Eagle Project, Joshua Mays, who joined Boy Scouts 11 years ago as a Wolf Cub with Pack 73 in Lincolnton, constructed a dryer for firefighter’s protective gear. While he was spending time at the fire department getting measurements and other specifics for his dryer, Mays, who is 17 and will be graduating from Long Shoals Wesleyan Academy next year, discovered the strong brotherhood that firefighters have has since joined the department as a volunteer.

Growing up in the South Fork area of Lincolnton, Mays and his family live near several firefighters, including Jackie Smith who is the chief of the department. He also has firefighters in his family.

“This fire department has always been a big part of the community here,” he said. “They’re always doing fundraisers and get togethers. I started to read articles about how firefighters were getting cancer from not washing their gear enough. The reason they aren’t washing them is that they can’t get them dry fast enough. It’s not realistic to leave their gear hanging out to dry for three days.”

“I came in and talked to the chief about doing this project and walked out with an application here,” he said. “I don’t want to be a firefighter as a career, but I’ll always be a volunteer.”

After going over the design with Smith, Mays got to work drawing out the plans and blueprints for the dryer. He found sponsors like Charlotte Pipe who donated the pipe, Alloy Fabricators where Mays constructed the base for the dryer and Ferguson Plumbing who donated the blower.

It’s difficult for a smaller department like South Fork to set aside enough money in their budget to purchase commercial dryers for their gear.

“We purchased a commercial extractor (washer) and dryer through a grant about two months ago,” Smith said. “Before we got this equipment, after we went on a big call where we’d have 12 or 15 guys on it, it may take us two weeks to get everybody’s gear washed. That’s not good because whatever they may have got on their equipment in the fire, they had to walk around with for a week. Now, with Joshua’s dryer, we’re going to have the capability, at the very least, to dry seven sets at a time.”

These dryers dry the firefighter’s gear from the inside out. Smith shared that May’s dryer actually moves more air through it than the one that they purchased through the grant.

“I can honestly remember when I first came into the fire service, firefighters would carry their gear around with them in their cars for weeks,” Smith said. “We’ve come a long way with the awareness of the dangers of doing that which I’m very excited about. When Joshua came to me with the proposal, I was so happy. Now he’s sitting here and is one of our most dedicated volunteers.”

Their job is dangerous, Smith added. When the bell rings and they go out on a call, they never know if they’ll make it back or not. Now there’s the potential of cancer “sneaking up behind us and taking our lives.”

“You don’t even think about it because in this business, you just can’t,” he said.

After he graduates next year, Mays will be attending Liberty University in Virginia to get a degree in mechanical engineering.

There is currently legislation working its way through congress which Rep. Jason Saine (R) of Lincoln County is a co-sponsor. H.B. 520 is intended to change North Carolina's workers' compensation laws, which currently do not recognize the nine cancers that firefighters are susceptible to because of the nature of their jobs. These nine cancers include esophageal, intestinal, rectal, testicular, brain, Non-Hodgkin lymphoma, multiple myeloma, Mesothelioma and oral cavity.