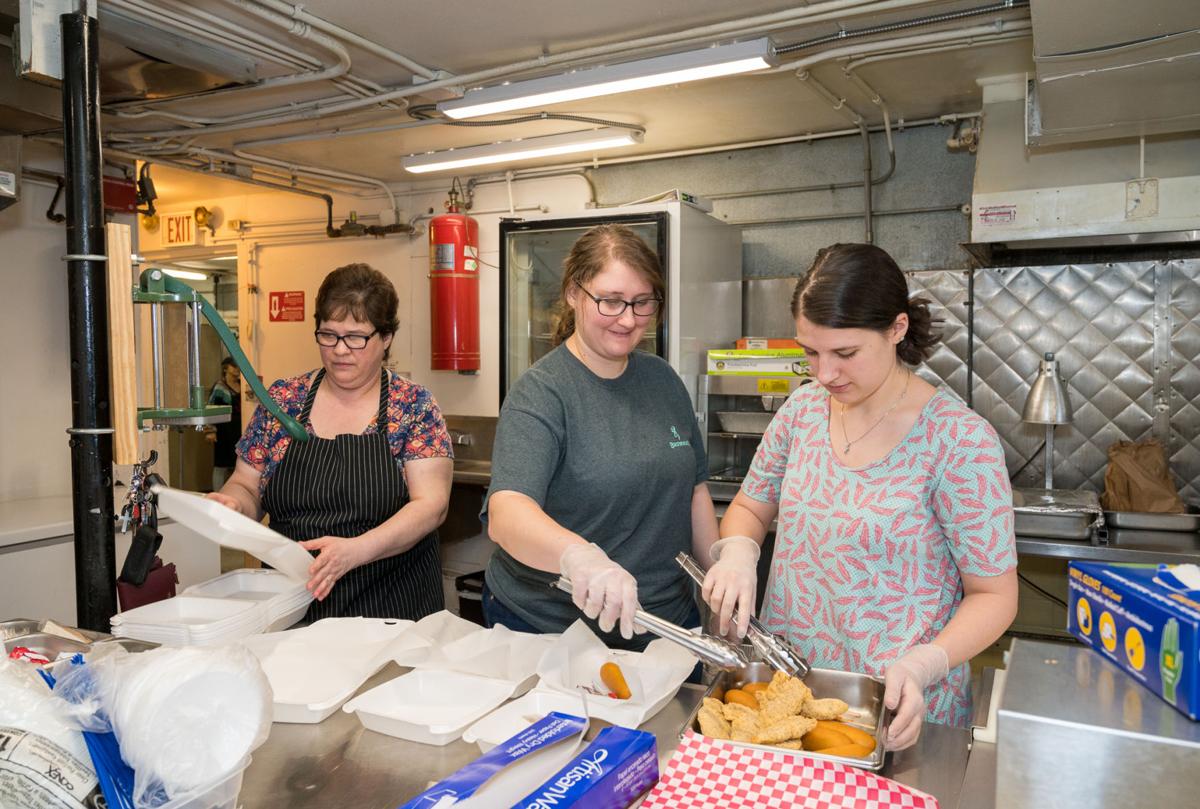 Sylvia Auton (left), Rebecca Hinson and Hannah Auton prepare kids’ meals at HUB Restaurant in Lincolnton to be given out through their drive through on Saturday. They’ve been giving out free meals to kids and anyone else who needs it since Monday. 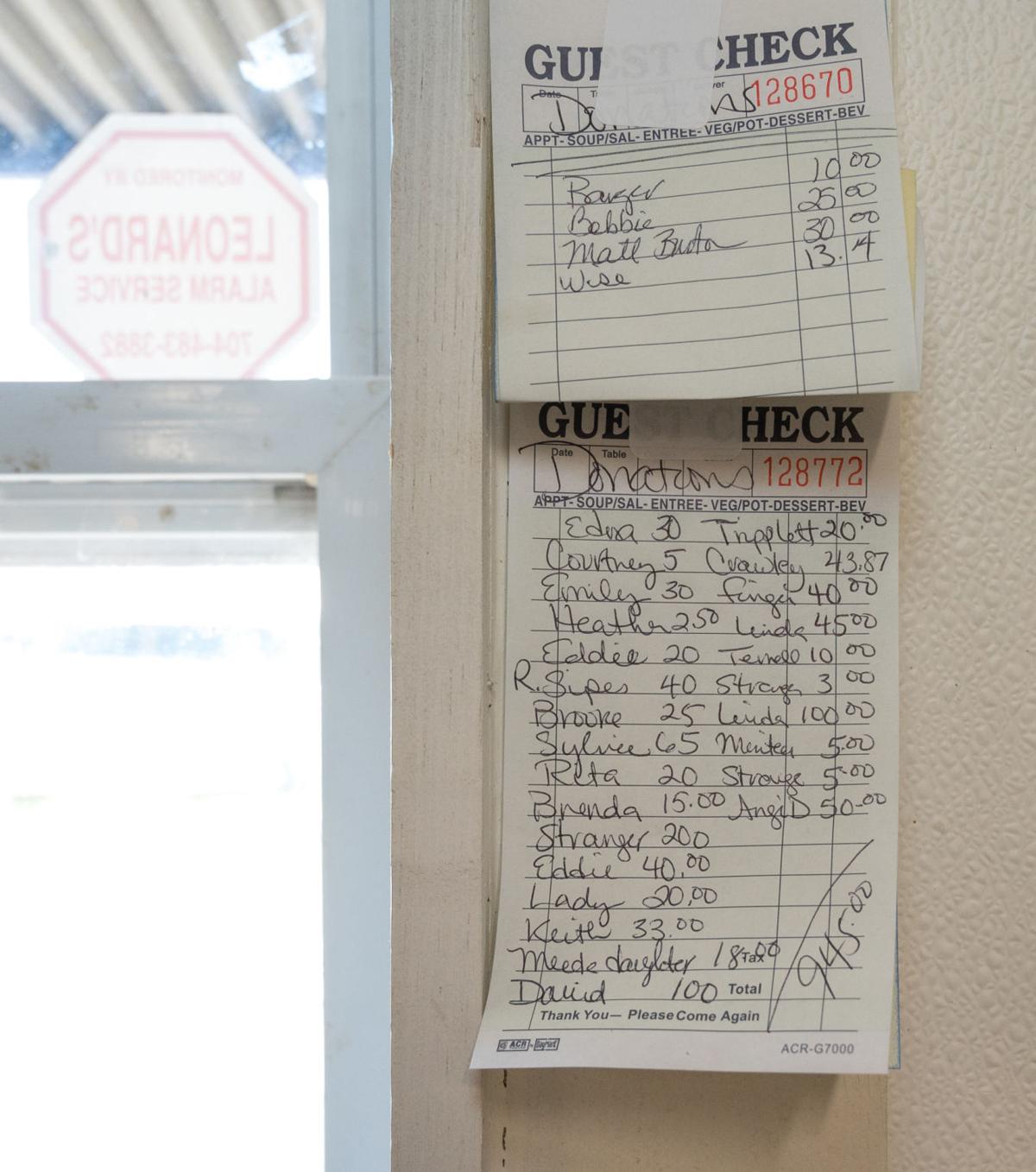 The community continues to donate so HUB Restaurant can continue to feed those in need. 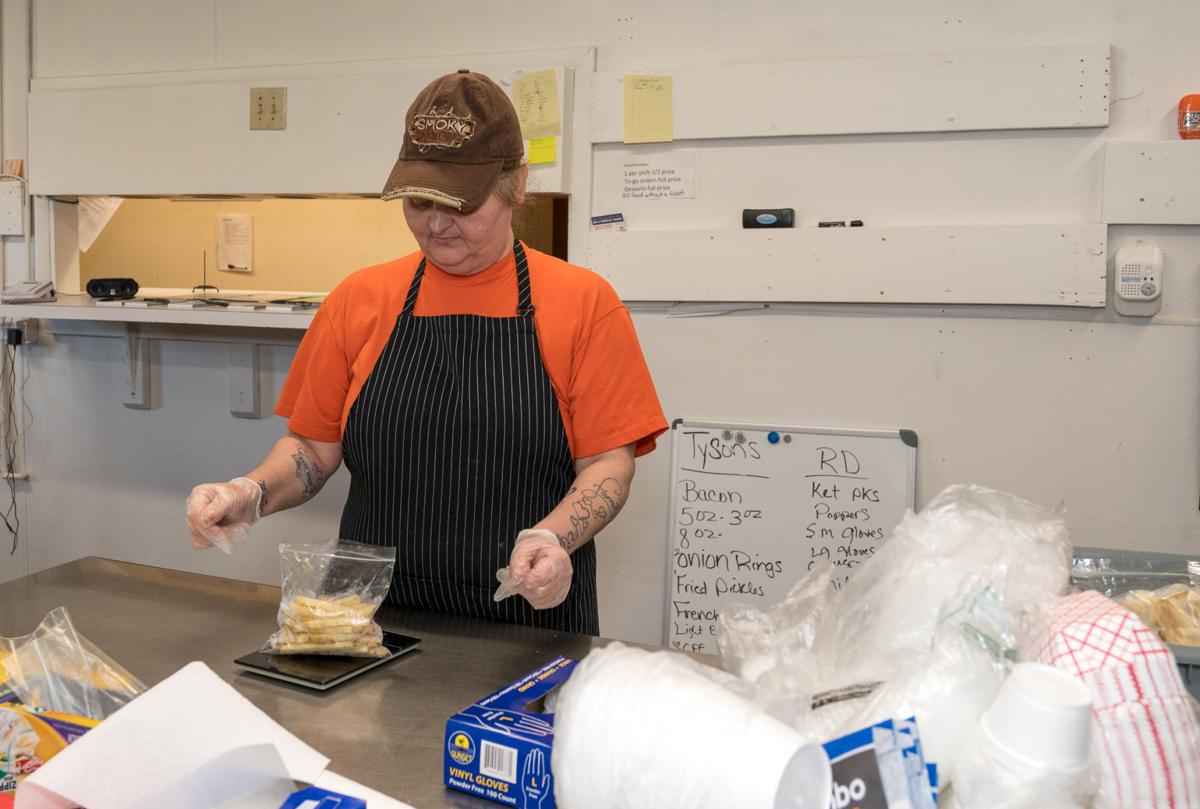 Cyndi Rogo helps package French fries which will be used by HUB Restaurant throughout the day.

Sylvia Auton (left), Rebecca Hinson and Hannah Auton prepare kids’ meals at HUB Restaurant in Lincolnton to be given out through their drive through on Saturday. They’ve been giving out free meals to kids and anyone else who needs it since Monday.

The community continues to donate so HUB Restaurant can continue to feed those in need.

Cyndi Rogo helps package French fries which will be used by HUB Restaurant throughout the day.

While working as a teacher’s assistant at Norris S. Childers Elementary, Rebecca Hinson has heard on several occasions students say that they didn’t want school to close because they get to eat when they come to school and that they don’t have food at home. It’s an unfortunate fact that if they don’t go to school, many students miss meals. The decision to close schools across North Carolina came very quickly and caught most districts by surprise. Administrators and staff at both Lincoln County Schools and Lincoln Charter School rallied to take care of their students. Despite all that they’re doing, the need is still great.

When Hinson told her mother, Sylvia Auton, that schools were going to be closed and how she was concerned about her students not having anything to eat, it was decided that extra food would be ordered for the restaurant that Sylvia Auton and her family operate, HUB Restaurant, to help feed not only children but anyone else in need.

“A lot of kids depend on meals at school and the backpack ministry over the weekend,” Auton said. “We’re running the free meals program day by day. The first day we did it was Monday, and someone came up to the window and asked if we could run their card for $30 to donate to the meals. I told her we weren’t asking for donations, but she said she wanted to run her card and not to take her blessing away. The next day, someone donated $200.”

Auton called Tyson’s food service and ordered more food to be used in kid meals – chicken tenders, corn dogs, hot dogs and hamburgers, so they have a choice just like in school. Throughout the week, they’ve collected close to $1,000, all of which goes back into purchasing more food. They’ve given away between five and six hundred meals this past week as well as loaves of bread and flats of eggs to their elderly customers because “an egg sandwich is better than nothing in these times if they have to choose between eating or their medicine.”

“We’ll go as long as we can and as long as we have the opportunity to stay open,” she said. “The community really came together. A lot of the staff volunteer extra time to help out in the kitchen. I think if it comes to having to self-quarantine, whatever we have left in stock, we’ll give it all away so it won’t spoil.”

The restaurant is located at 4821 Maiden Highway in Lincolnton. Before that, they were inside of Westside Market on Reepsville Road in Lincolnton but grew out of that space. “HUB” stands for helping unbelievers to believe.

“My husband came up with the name and it goes along with what we stand for and what we want to do,” Sylvia Auton said. “If someone’s out there and needs prayer, we do prayer requests. We like to show people the love of God.”

During the day, Hinson has been helping out with other staff members at Norris Childers preparing learning packages for the students and giving out meals. The staff has been writing messages to the students on the lunch bags.

“When they come through the line, the kids have been saying how much they miss us, miss school and miss their friends,” she said. “They blow us kisses as they drive through.”