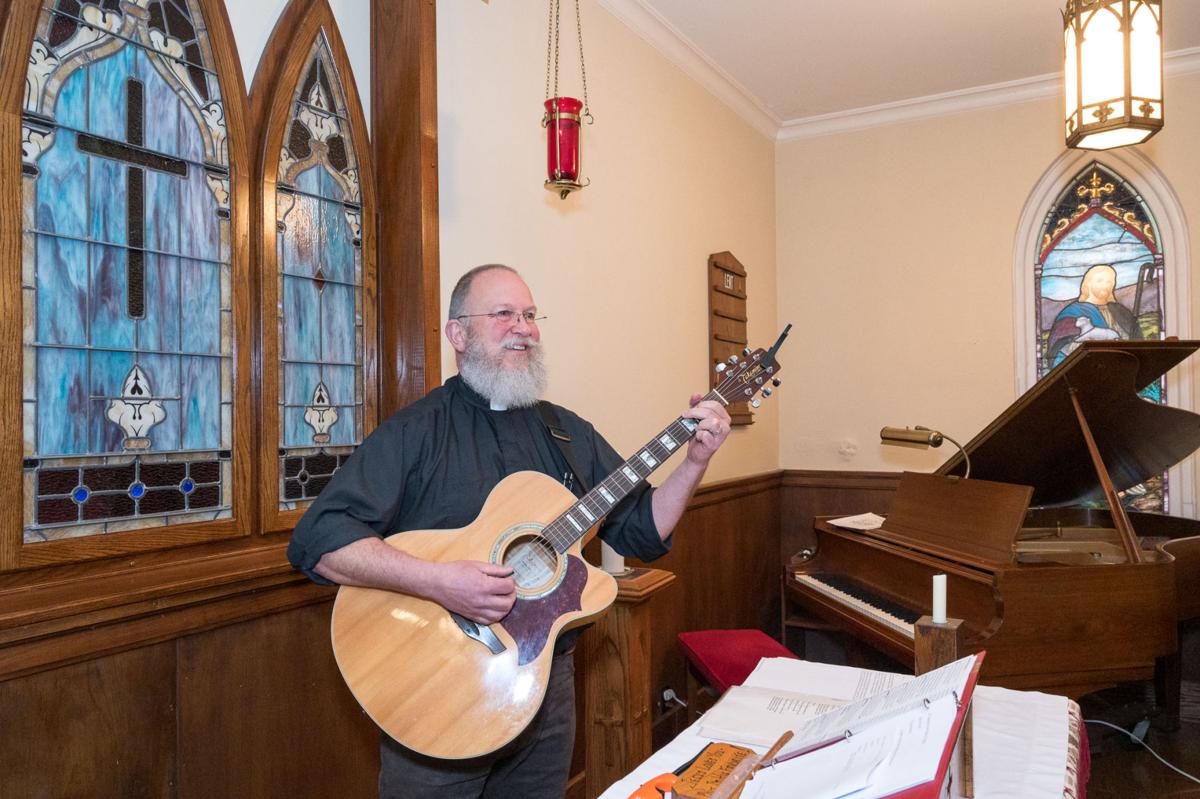 any of Michael Collins’s sermons at Emmanuel Lutheran Church – Lincolnton are done with his guitar in hand.  Now with services in the church cancelled, he’s feeding his congregation’s spirits online. 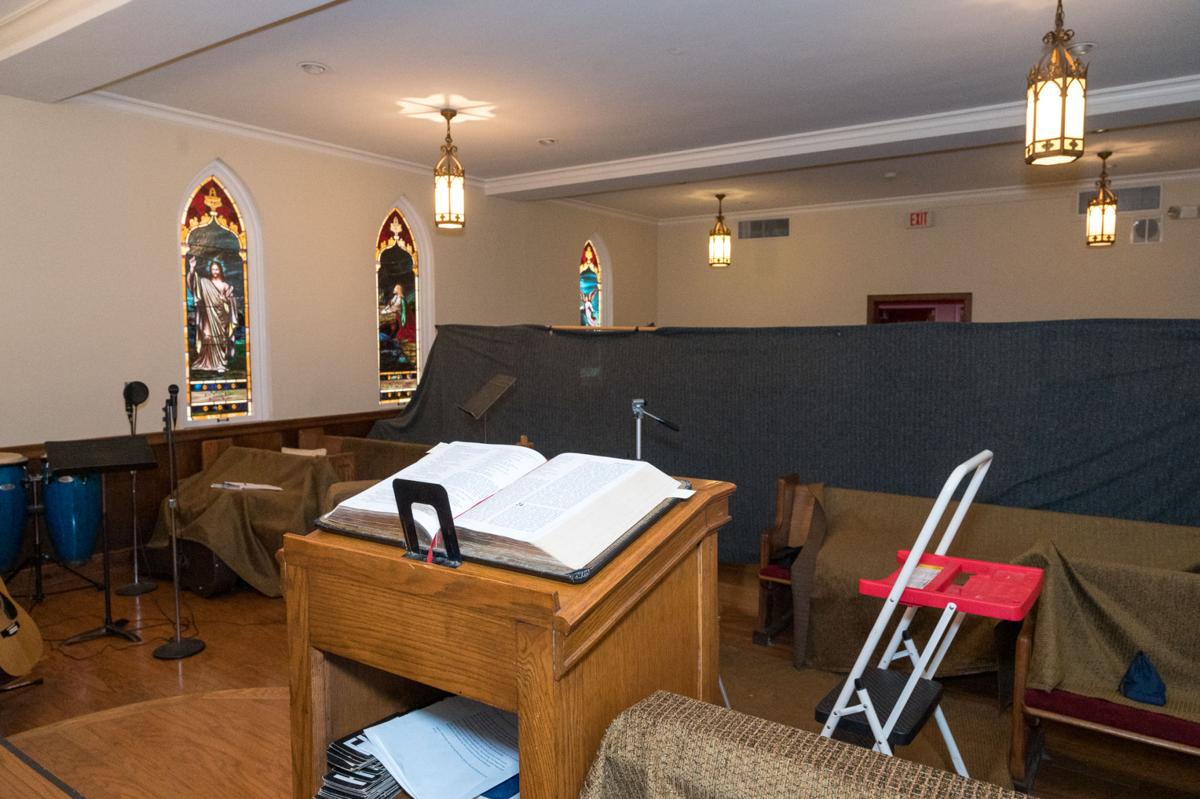 The chapel where he normally holds 8:30 mass on Sundays has been temporarily converted into a recording studio.

any of Michael Collins’s sermons at Emmanuel Lutheran Church – Lincolnton are done with his guitar in hand.  Now with services in the church cancelled, he’s feeding his congregation’s spirits online.

The chapel where he normally holds 8:30 mass on Sundays has been temporarily converted into a recording studio.

It’s not business as usual for Michael Collins, the pastor at Emmanuel Lutheran Church – Lincolnton. Like most churches in the area, the coronavirus pandemic has prevented regular church meetings. The chapel where he normally holds 8:30 mass on Sundays has been temporarily converted into a recording studio. Recording in the sanctuary, where services are normally held at 10:30, is proving a bit more difficult. Collins is expanding this skill set to that of a video recorder/editor.

“We are in unchartered territory,” he said. “It’s where everybody is. We’ve not seen anything like this in our lifetime, nor has the generation before, really going back probably to 1918 during the flu epidemic. We’re smarter now in that we have more technology and different ways of communicating. Back then it took forever to get word out of what was happening. Now it’s 24/7, word is getting out immediately. That’s both an advantage in that we can take precautions, but it also exacerbates fear and anxiety because we’re seeing it real time. Going to the grocery store and seeing shelves and shelves of things that are just gone is frightening. It’s worse than before a snowstorm or hurricane.”

To be safe, people have been advised to not gather in large numbers and most in-church services have been cancelled.

“The one place that they can go for a sense of hope and normalcy is the church,” he said. “This is the place where we find a respite, a sense of sanctuary, peace and hope and now, we can’t be together. The truth is, every member of the church is the church wherever we are, but at the same time, getting together is not possible and that creates a sense of anxiety. Things are not normal.”

While Collins has been spending a good deal of time, actually more that he normally spends, at the church, it’s essentially empty now. The halls echo, there’s no meetings, no quilters, no God’s Family Table on Wednesday night and no choir rehearsals.

“All the things that make up our lives of faith are being challenged so we’re having to find a new way to be the church,” he said. “If we can’t do that, what does that mean for us as a church?”

Collins admits that to some extent over the past couple of weeks, he’s struggled with his identity as a pastor. Part of his job is feeding his flock but finding new ways to feed hungry faiths is a real challenge because he has very limited resources in terms of what he can put out on Facebook and YouTube.

“There are a lot of people who don’t have computers or smart phones,” he said. “There’s a lot of people who rely on mail. Fortunately, there are some worship services that are broadcast on television and I’m very thankful for those folks. They’ve been doing it for a long time, and they do it well. I encourage my folks that can’t worship here either online, on Facebook, or whatever, to turn on the television Sunday mornings and allow their spirits to be fed in that way.”

A member of Collin’s congregation called earlier in the week to tell him that her husband was going in for surgery. Normally, Collins would go to the hospital and pray with the family before the surgery and wait with them until the surgery was complete, but visitors are no longer allowed in hospitals. Collins had to offer prayer services over the telephone.

Many of Collins’s sermons are done with his guitar in hand.  He’s been playing guitar and writing music since he was 10. The normal 8:30 service is very centered around music. Over the last couple of weeks, he’s been inspired to write several songs that he’s shared through his online devotions. Lately, the music that Collins is sharing through his online Sunday services have been slowly whittled down to just his guitar playing as members who normally played other instruments with him are now sheltering in place. The weight of the church is now almost solely on Collins’ shoulders and held up by his music.

“We’re trying to make up plays as we go along,” he said. “Sometimes we come across something that works and sometimes we don’t and get caught behind the eight ball. That’s when we just literally have to let go and let God and trust that something will happen. Either a song will come forward while my camera doesn’t work, or something else will happen.”