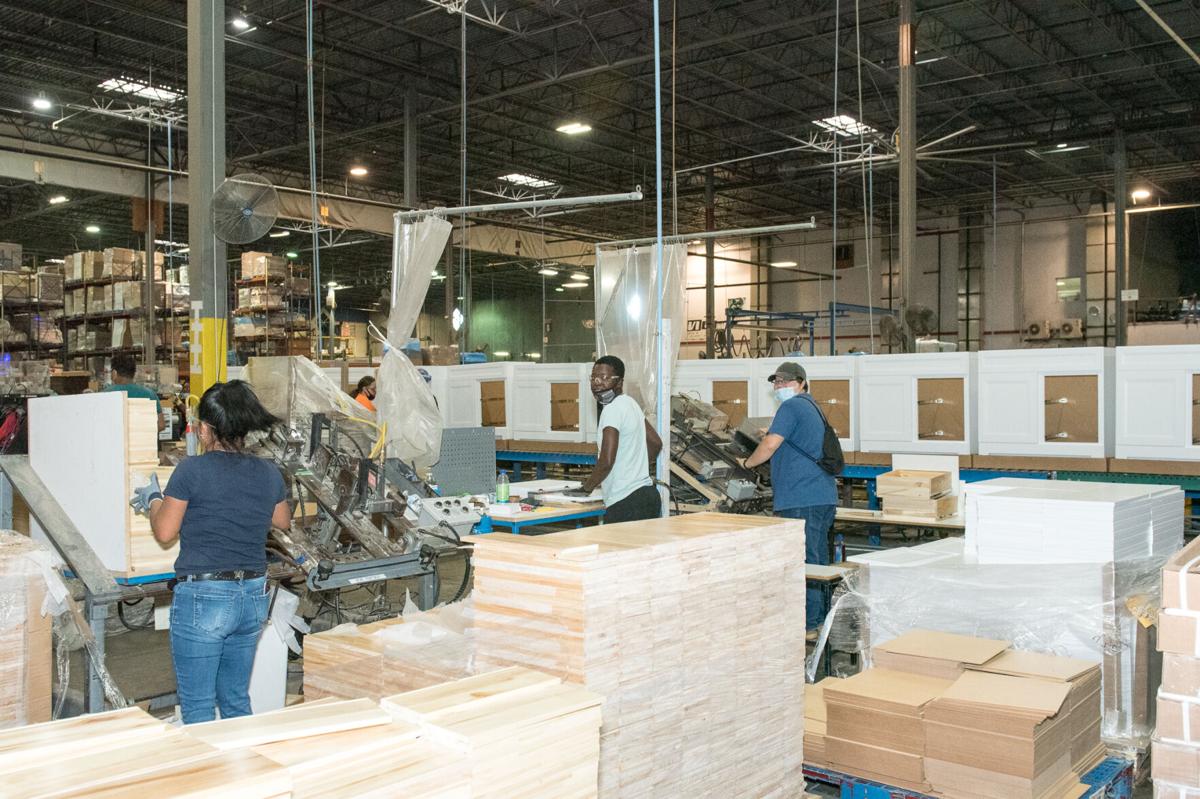 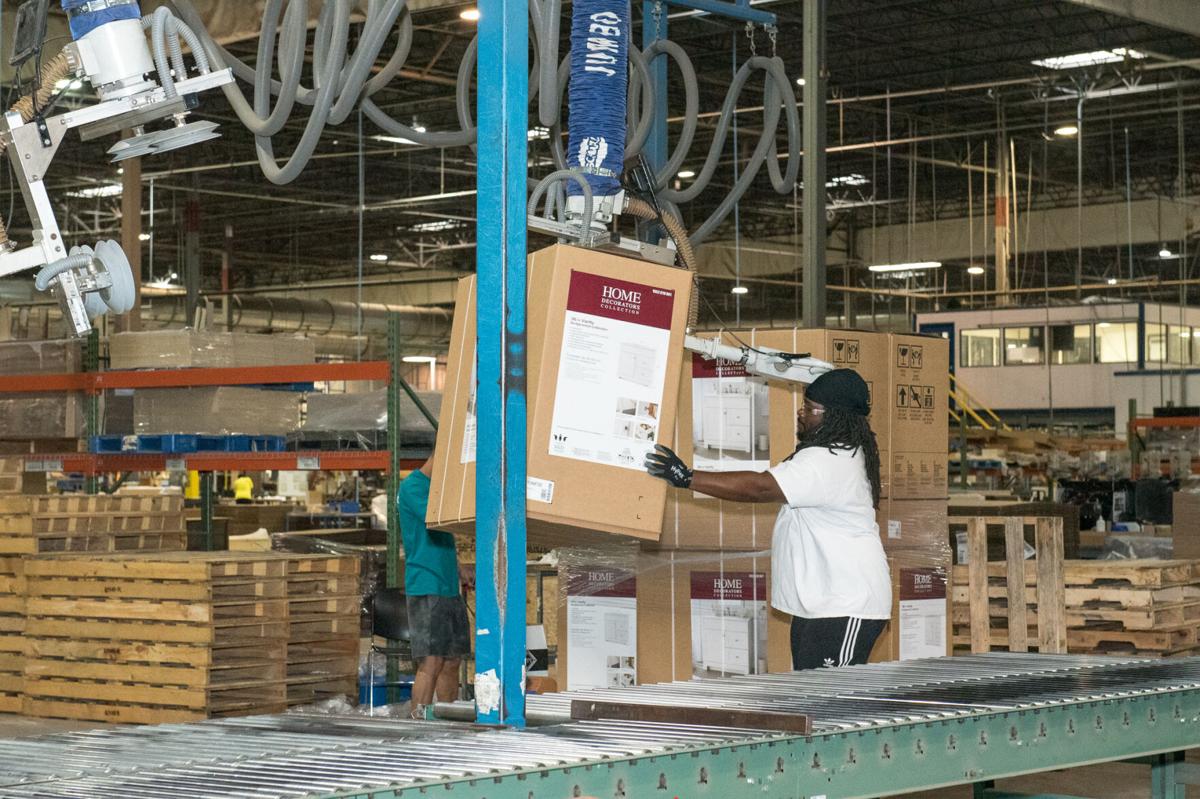 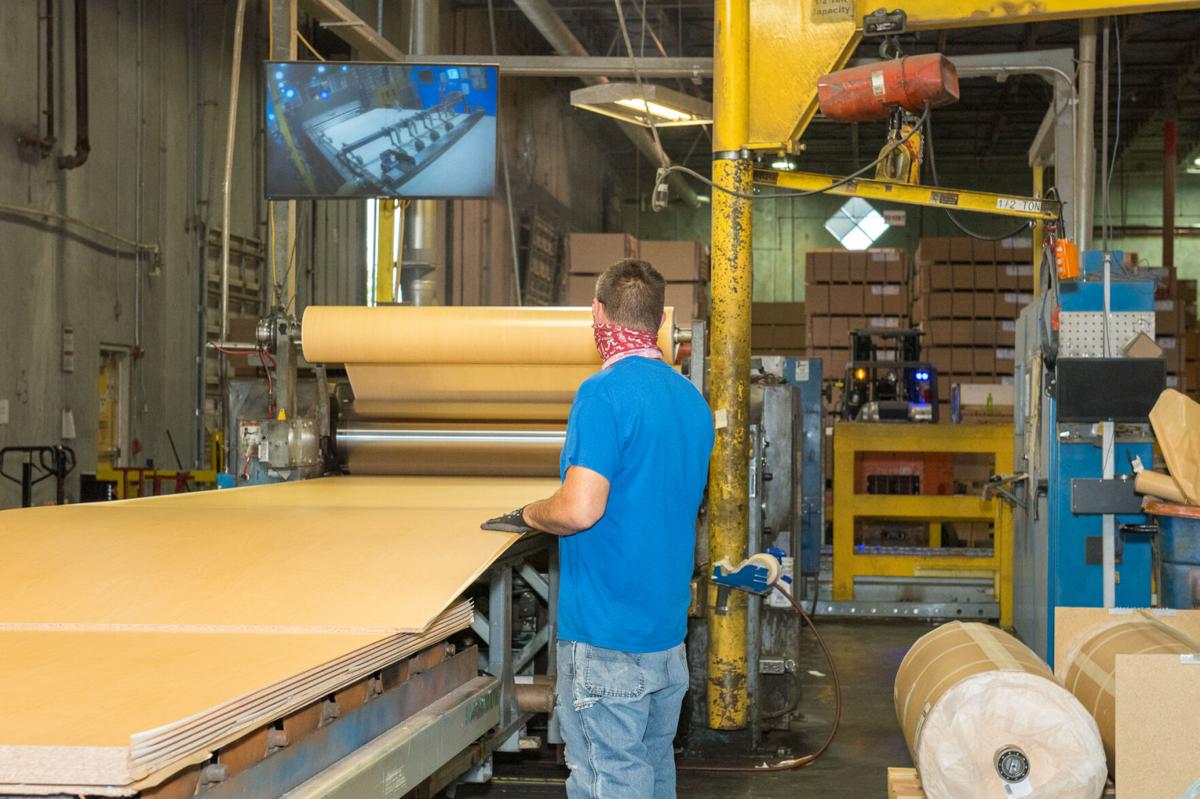 Cabinets are not amenities that most people think a whole lot about, but they’re in every home across the country and probably opened and closed on a daily basis. A manufacturing company located in Lincolnton, American Woodmark Corporation, supplies the bulk of the cabinetry sold at Lowes and Home Depot. With the COVID crisis, the company added adaptable shifts so that employees who homeschooled their children could stay home during the week and do so, according to Director of Manufacturing Anthony Holifield, Jr. who has been with the company a little over three years. He previously worked for RSI.

“We’re trying to adapt to the times,” he said. “It’s very hard with the labor market that’s out there so we want to make sure we’re doing everything that we can to be attractive to people.”

The Lincolnton facility is 1.2 million square feet and currently employs approximately 750 employees. Running on two and a half shifts, American Woodmark ships out anywhere from 15 to 17 thousand cabinets every day. Approximately 95 trucks leave the plant on a daily basis.

American Woodmark started with a Long Island dentist, Alvin Goldhush who saw the opportunity to create cabinets for his dentistry business and founded a company called Raygold Industries, according to the company web site.

American Woodmark Corporation is formed with over 1,100 employees and three manufacturing facilities. The company later formed a relationship with Home Depot and Lowes and went public. In 2017, American Woodmark acquired RSI, a company known for creating exceptional value for customers. This was the largest acquisition in industry history, adding 11 brands and nearly 4,500 employees to the American Woodmark family, according to the web site.

History aside, American Woodmark is based on a strong culture, according to Holifield. They’re also socially responsible through an internal group called the Foundation.

“We get together every quarter and figure out who we can donate to in the surrounding area as a company,” he said. “Culture is very huge at American Woodmark. I’m in charge of speaking to new employees during orientation and making sure that they know who we are and what we are about. I have a specific training on choice that we do that’s important.”

Holifield isn’t chained to his desk, he spends as much time, if not more, out on the plant floor speaking to employees to see if there are issues, if they need help or if they have ideas.

“We’re also very big on dignity and respect,” he said. “I absolutely love my job. I enjoy where I work and the people I work with. I don’t have that expectation for everyone to love to come to work like I do but there’s nothing wrong with liking where you work. That’s what my goal is.”

Holifield admits that when he takes his children into Lowes or Home Depot, the first place they want to go is the cabinet aisle so they can see what Dad makes.

“It’s a product you can actually show people and say, ‘we’ve done this,’” he said. “It’s made right here in Lincolnton and just this plant supplies 37 states.”

American Woodmark was recently awarded the Million-Hour Award from the N.C. Department of Labor for going a million hours without an accident, Oct. 11, 2018, through July 17, 2019.

“Communication is key in the safety record,” Holifield said. “We have some of the hardest working people in Lincoln County. They’re great people.”