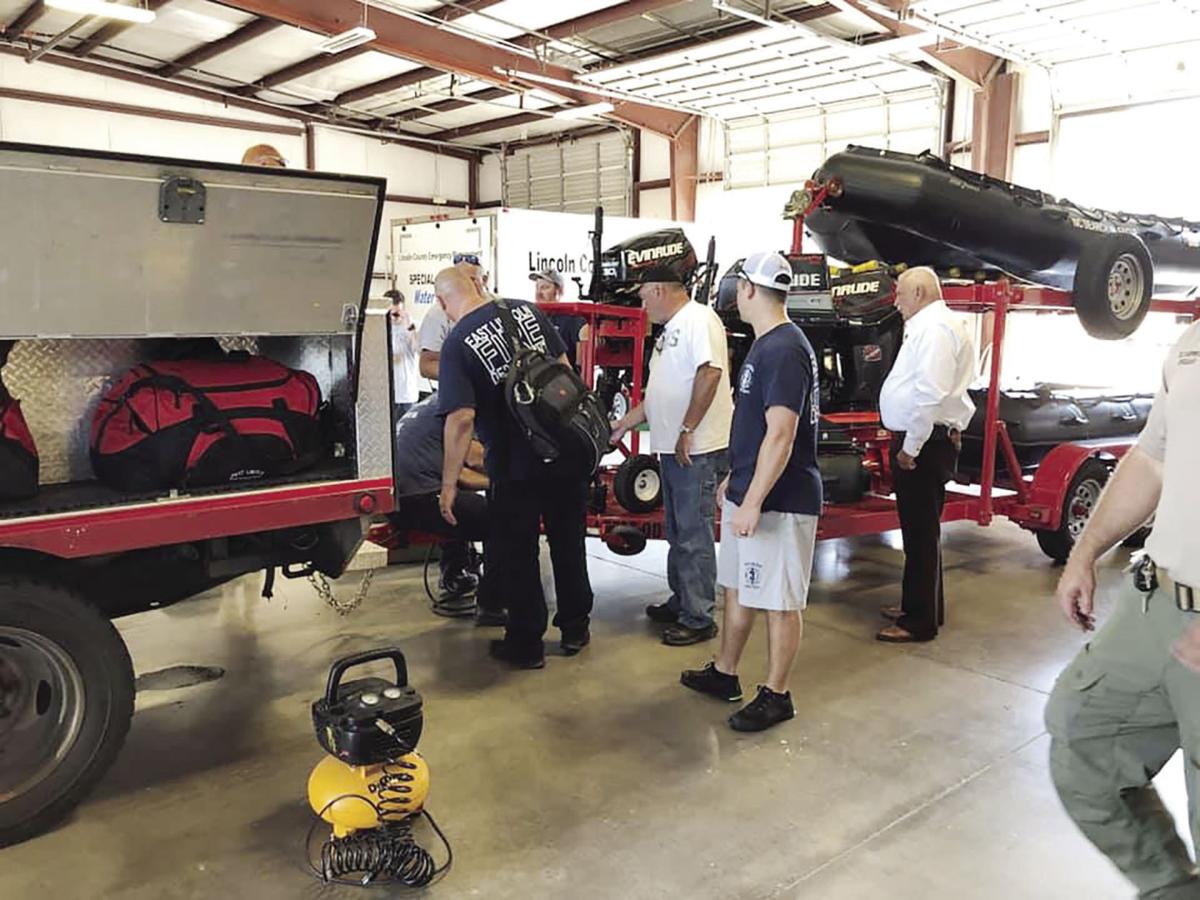 Swift water rescue equipment got backed up to be deployed to the eastern side of the county on Tuesday to help with Hurricane Dorian. 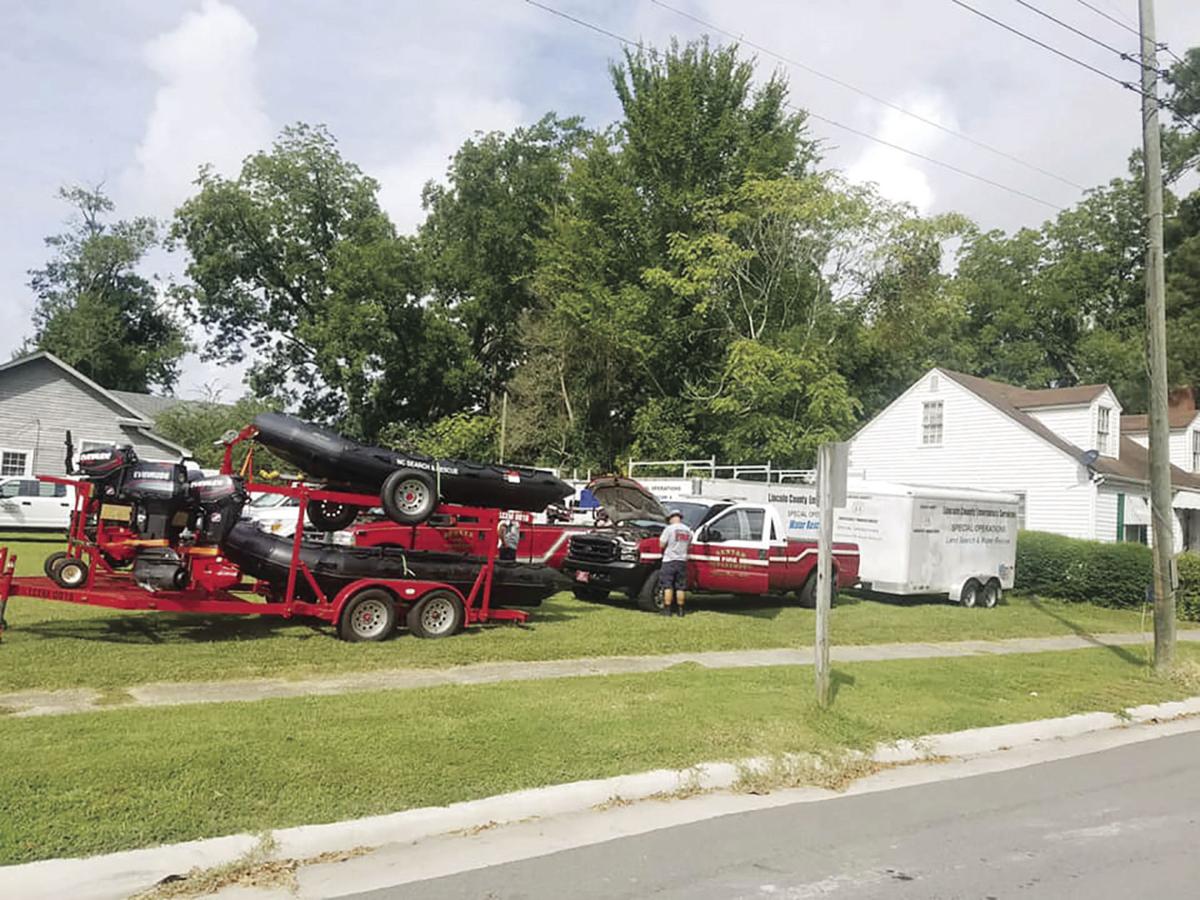 Swift water rescue equipment was staged first in Plymouth and then relocated to Beaufort County to help with Hurricane Dorian. 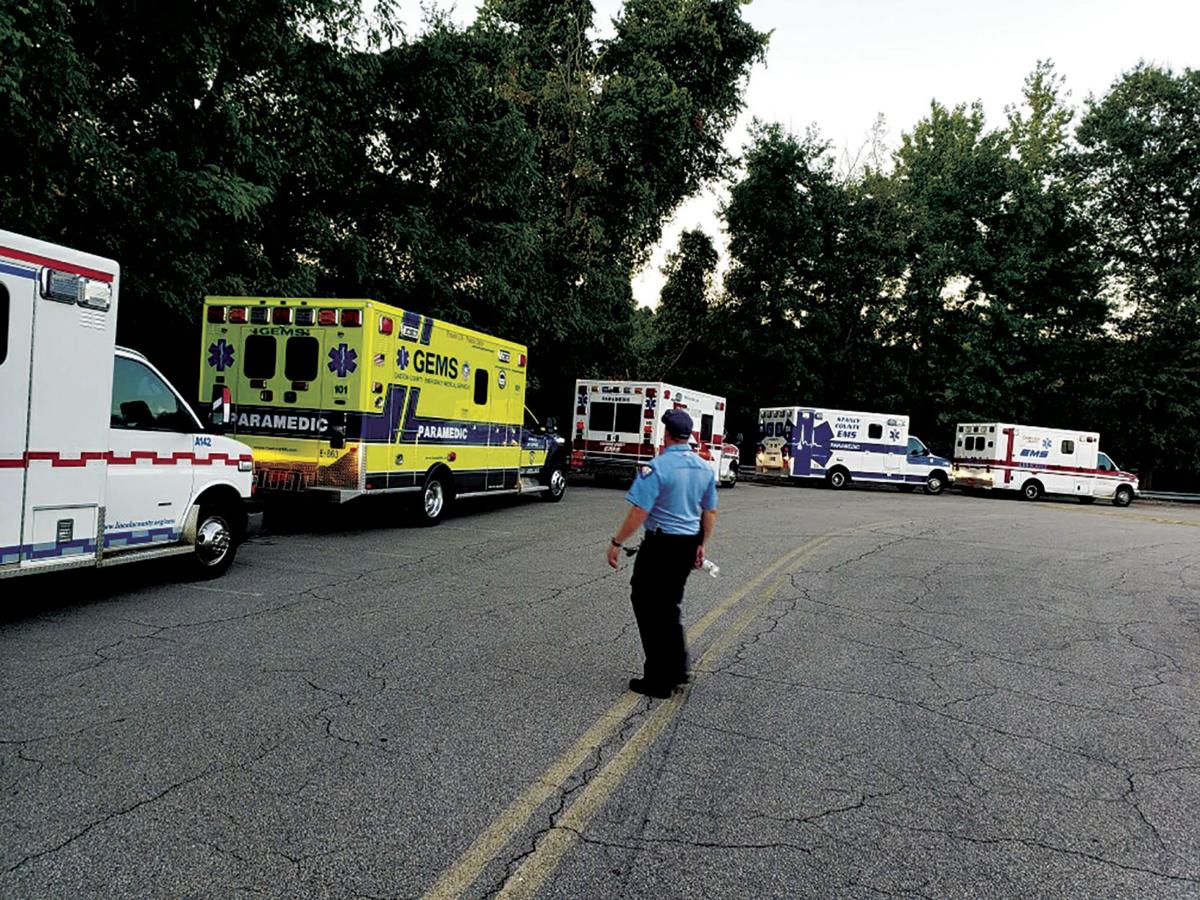 Ambulance arriving on the eastern side of the state to help with Hurricane Dorian. 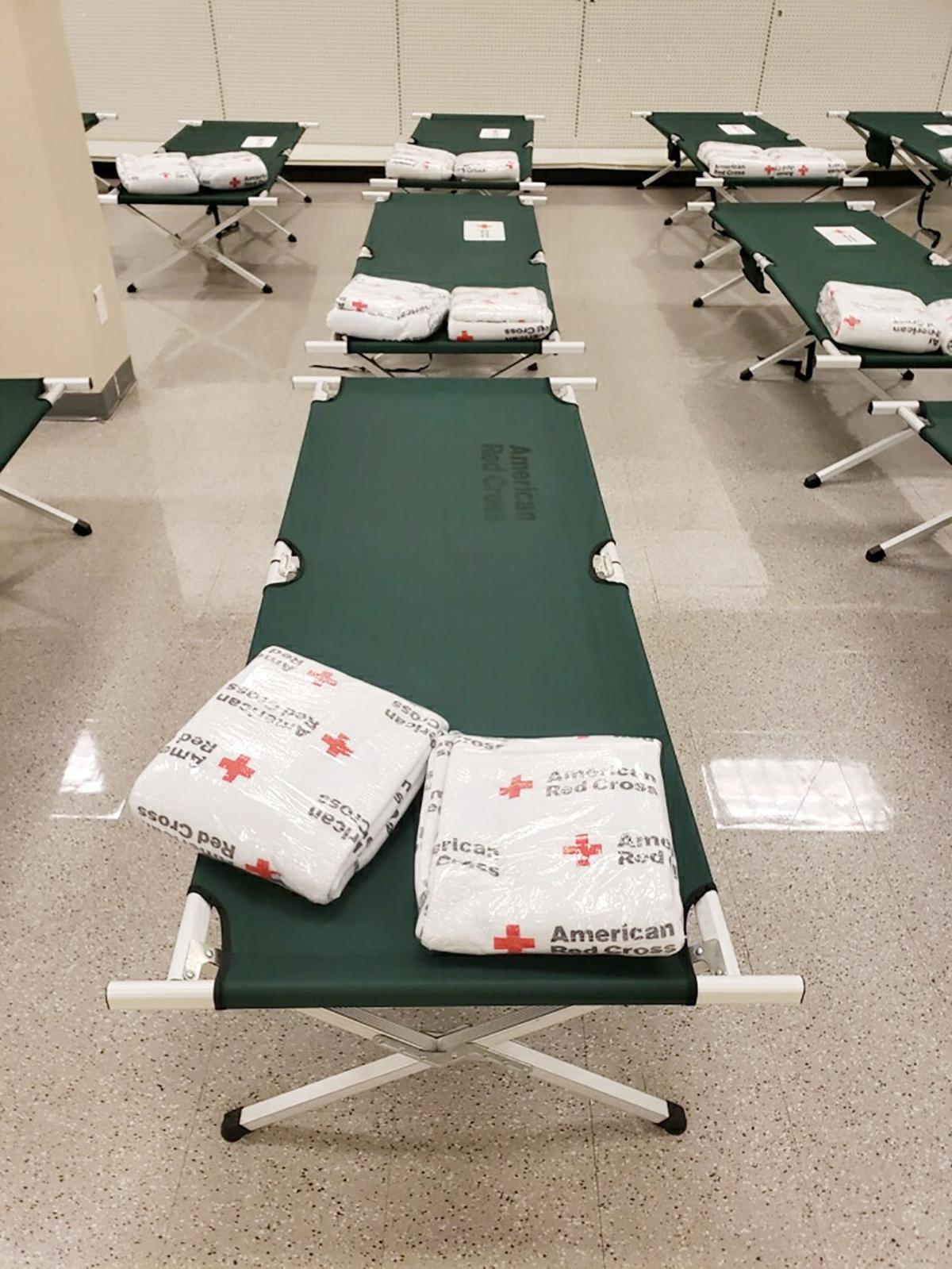 One team of paramedics was sent to Durham to help set up and main a state evacuation center in preparation for Hurricane Dorian.

Swift water rescue equipment got backed up to be deployed to the eastern side of the county on Tuesday to help with Hurricane Dorian.

Swift water rescue equipment was staged first in Plymouth and then relocated to Beaufort County to help with Hurricane Dorian.

Ambulance arriving on the eastern side of the state to help with Hurricane Dorian.

One team of paramedics was sent to Durham to help set up and main a state evacuation center in preparation for Hurricane Dorian.

While Lincoln County is unlikely to see any weather from Hurricane Dorian, the North Carolina coast will. On Tuesday, four paramedics employed by Lincoln County Emergency Medical Services and two fully stocked ambulances were deployed as part of Ambulance Strike Team 700. Five firefighters from the Denver Fire Department, four from the East Lincoln Fire Department and four Lincoln County Sheriff’s Deputies, all swift water rescue trained, were also sent. Five more sheriff’s deputies and five detention officers are on standby to be sent down east to assist sheriffs on the eastern side of the state if the need arises.

Steven Bridges, an assistant supervisor with Lincoln County Emergency Medical Services, has been sent on these missions in the past and what and how much needs to be done upon arrival is always different.

“It varies on what you’re going into and the severity of the natural disaster,” he said. “Sometimes you don’t do a whole lot and other times, you’re busy the whole seven days you’re there. Sometimes you’re there for four or five days and sometimes up to 14 days.”

Going to a brand-new location to work comes with its own challenges, primarily with geography and that difficulty is often made worse by a storm.

“You may not have your GPS or cellular coverage,” Bridges said. “You try to find paper maps once you get there or someone to help you get around. In the case of hurricanes, when the roads are flooded, and tides change, the way you went to a call may not be available for you to take back. The work of taking care of the patients is the same here as it is wherever you are.”

In order for a paramedic to be sent on these missions, Bridges said that they must have taken certain state-mandated classes. Usually one paramedic who’s been on a mission before is partnered with someone who hasn’t.

The nine highly trained firefighters and four sheriff’s deputies who are part of the swift water rescue team were initially sent to Plymouth and then relocated to Beaufort County. They took with them three full-sized trucks to pull trailers carrying the equipment required for swift water rescue.

“It’s sometimes a balancing act making sure that we’re able to help other parts of the state that may need our assistance but also making sure that we maintain levels of coverage here at home,” Denver Fire Department Chief James Flynn said. “If we were to have a flooding event here, there’s still equipment and trained personnel here. In this particular storm, the western part of the state moved resources to the eastern side of the state early on anticipating an impact to the eastern part of North Carolina.”

Lincoln County recently put in place a new radio system which is proving very useful with this deployment. Clear communication via the radio system is possible from Lincoln County all the way down to Beaufort County. Some of the equipment that went down with the swift water rescue team includes two new Zodiac boats and engines which were funded through North Carolina Emergency Management.

“We’ve been very fortunate the last couple of years with new equipment and innovations,” Lincoln County Emergency Management Department director Bill Summers said. “It really supports what we’re trying to do in the field.”

Peak impacts from Hurricane Dorian will arrive in North Carolina and southeastern Virginia Thursday into Friday. Dorian was upgraded to a Category 3 Wednesday evening. It is expected to make brief landfall around North Carolina’s Outer Banks on Friday.

“We were able to help with the western North Carolina fires which is a completely different situation than a hurricane but it’s great that Lincoln County is able to help other parts of the state when they’re in need,” Flynn said. “We know and feel certain if we were in the same predicament, they would be willing to come and help us. That’s just what we do. We all work together as a team here in Lincoln County. No single entity has enough people that we could afford to send everybody from one place. Everybody gives a little bit and it equals a great impact on the folks we go to help. It’s really a team approach across the state.”