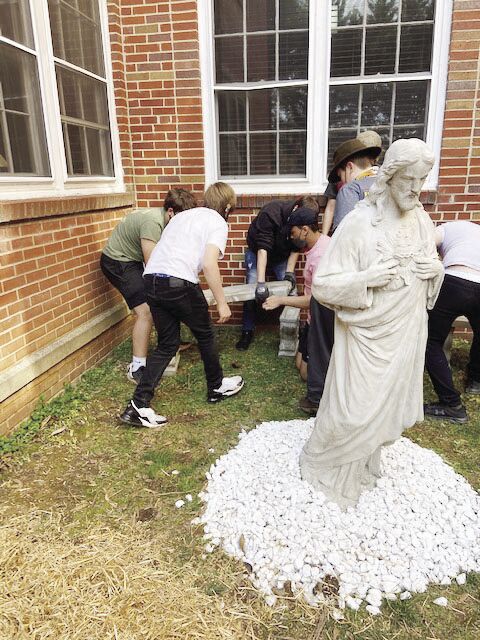 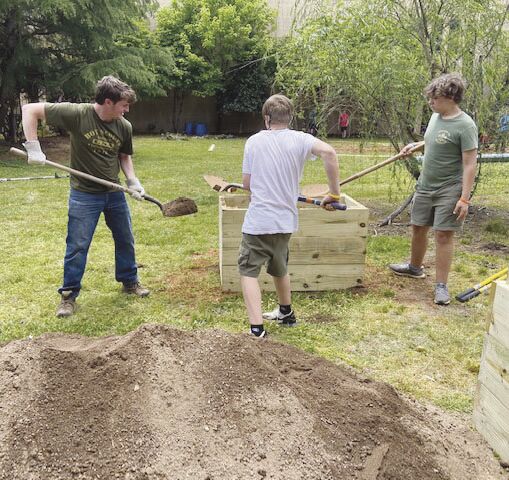 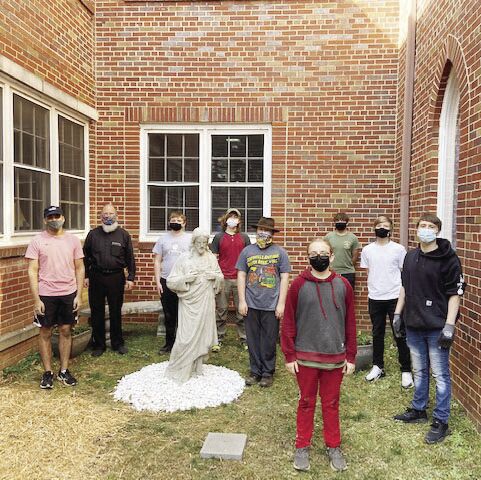 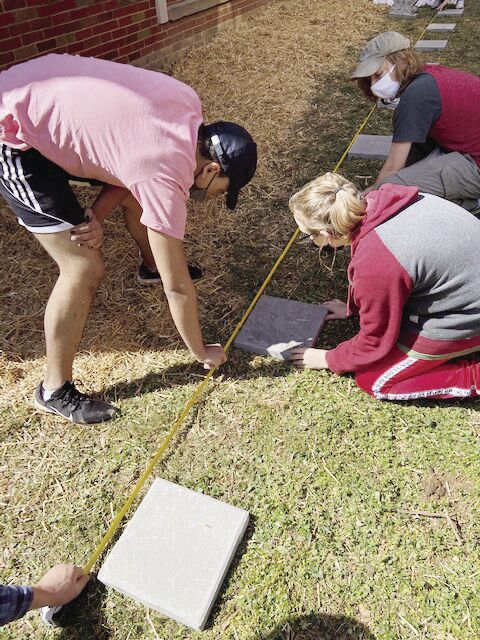 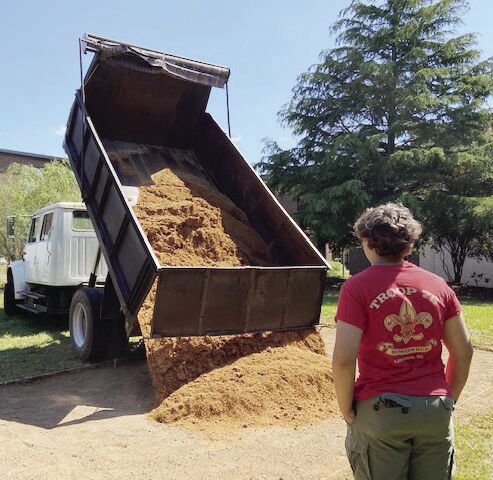 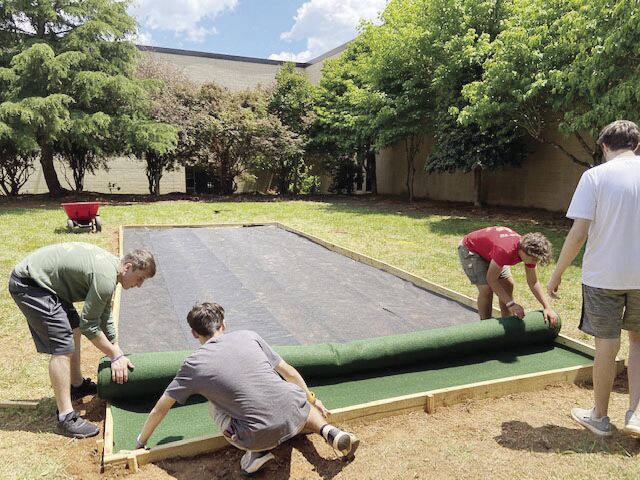 One of the most important aspects of a boy scout’s journey is the completion of an Eagle Scout Service Project. As defined by the Boy Scouts of America, the Eagle Scout Service Project, or simply Eagle Project, must be evaluated primarily on impact — the extent of benefit to the religious institution, school, or community and on the leadership provided by the candidate.  There must also be evidence of planning and development. Eagle Projects are discussed and reviewed by the beneficiary and then approval is obtained by troop and council representatives prior to any work being done.

Two such Eagle Projects have recently been completed benefiting the local community. One at Emmanuel Lutheran Church in Lincolnton and the other at Lincolnton High School.

Jadon Rhyne, a life scout of Troop 75, completed his Eagle Project at Emmanuel Lutheran Church in March. The project involved the creation of a prayer garden which was something Rhyne wanted to do for his church after discussing the plan with the pastor.

Although the plan had been approved last October, due to weather and COVID challenges, the project was delayed until spring. This allowed Rhyne additional time to work with businesses, family and friends and establishing his workday.

On the day of the project, Rhyne led a team of his fellow scouts and leaders cleaning the area, installing pavers, laying rocks, installing multiple benches and a statue. The area was previously unused by the church between buildings and now provides an area where individuals can share a moment of reverence.

Another member of Troop 75 and a life scout, Evan Reed completed his Eagle Project at Lincolnton High School in May. Reed approached the school’s administration with the desire to do something that would benefit the exception children class. Reed’s older sister is an EC student and he wanted to lead an Eagle Project that would help her, her fellow students and the school. It was important to Reed that his project was also unique and different.

Over the course of multiple weekends, Reed led several groups of people on different aspects of the project. There was a team that built three raised flower beds so the EC students could more easily work on planting flowers, a team that worked on planting native North Carolina trees and plants, and a group that worked on courtyard beautification. The item that Reed wanted to do more than anything else was building a bocce court for the EC students to enjoy and have fun.

“During the course of both Eagle Scout projects, Reed and Rhyne learned about the importance of communications, expenses, planning, adjusting, and leading,” Scoutmaster Teddy Reed said. “Did everything go as expected? Absolutely not, but that’s part of the experience of building character and discipline as well as establishing the template for the future. As the scoutmaster of these two young men as well as many scouts who have blazed the path before them and the ones who are coming up through the ranks, there is a lot of joy watching them grow and mature. More importantly, as a member of the Lincolnton community, it gives me great pride to see the outpouring of support to these Eagle Projects and to scouting provided by Lowe’s, parents, students, teachers and just many other community members who have shared such positive thoughts in person or on social media.”