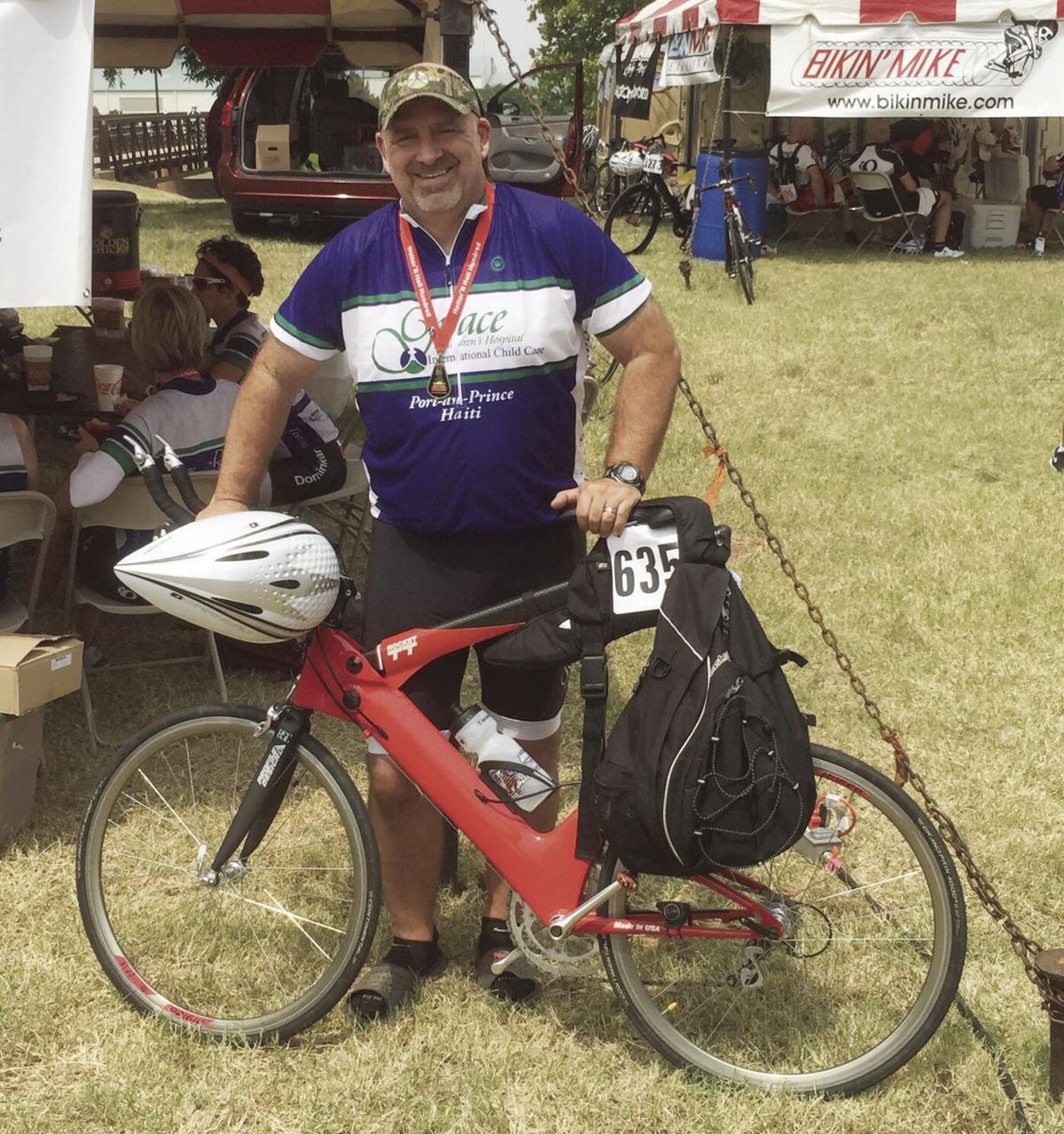 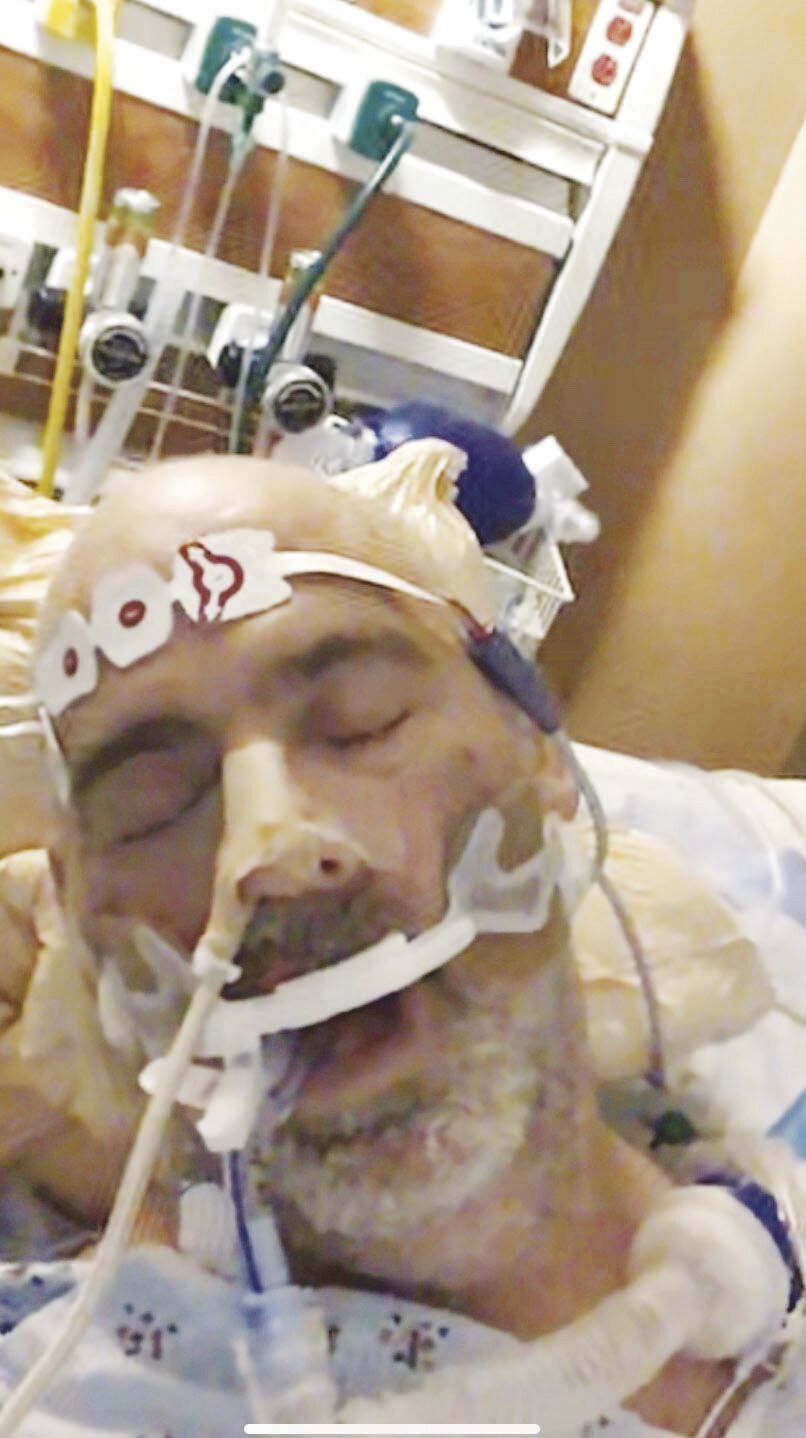 The staff at Atrium Health Lincoln knew him as the “Ice Cream Man” because of his time spent as owner of Downtown Dairy Treats and his ice cream trucks. When he arrived by ambulance on May 23, they knew him to be a very sick individual.

The Monday before Memorial Day, Chad Scott who was 51 at the time, his wife and son went to Kentucky to work on their tiny house situated along the Cumberland River.

“We went down to do some remodeling to get the house ready to open up for vacation,” he said. “I went into town to a hardware store to get a bunch of supplies I needed.”

When Scott arrived back in Lincolnton two days later, he wasn’t feeling quite up to snuff. He was lethargic and felt nauseous, but he attributed it to food poisoning. After a day, he felt better. They left that Thursday to go back to Kentucky, but within a day, the feeling of lethargy returned, and Scott was out of breath.

“I couldn’t breathe,” he said. “I couldn’t walk very far without having to sit down and take a breath.”

The family returned to Lincolnton a day later with the plan for him to call his primary care doctor. That didn’t happen. That night (May 23), his temperature spiked to 104.7 and his wife called an ambulance.

“This was the first ambulance ride I can remember in my adult life,” he said. “I typically don’t get sick. I haven’t been in the hospital for more than a couple of hours since I was a kid and had my appendix out.”

As a precaution, Scott was isolated because his symptoms matched COVID-19.

“The next thing I remember is 24 days later,” he said. “I woke up and they were removing the feeding tube out of my nose.”

“I lost almost 60 pounds and all of my muscle mass,” he said. “I was rejecting the feeding tube so they couldn’t feed me through the nose, so I was only getting IV fluids. I was in a medically induced coma the entire time because I was rejecting being under heavy sedation. It was that rejection that caused the cardiac arrest.”

While she couldn’t physically visit him while he was in the hospital, Scott’s wife, Jamey “visited” him via FaceTime. She’d talk to him which helped keep his vitals more stable. Jamey and their son, Holden, visited him through the window of the hospital.

“She thought she was going to lose me,” Scott said. “The doctors didn’t give me a very large chance of living. At that time 20% of people who went on the vent with COVID ever came off. The other 80% died.”

Scott gave both his wife and son COVID, but they experienced few to no symptoms. There’s really not enough known about the virus to know why Scott, who was a healthy man at the time, with no pre-existing symptoms, got so sick with the novel coronavirus that causes COVID-19 while his wife and son didn’t.

Prior to being sick, Scott was an avid wrestler and regularly competed in marathons and triathlons. He was in the hospital for 62 days total, 41 days in ICU, 10 days in the regular hospital and the rest of the time in a hospital in Mount Holly for physical therapy.

“I didn’t walk really until I got to PT,” he said. “I couldn’t get out of bed. I couldn’t roll over in bed. They had to come in and roll me over every hour to keep me from getting bed sores. I couldn’t feed myself because I couldn’t lift my arms. I couldn’t talk above a whisper.”

He’s been out of the hospital for 34 days now and he’s walking on his own, but very short distances and even then, gets out of breath. Scott still has to be on oxygen at night because his levels drop at night.

“I try to do twice as much as the therapist tells me and it’s going to end up costing me,” he said. “I’ve already overdone it a couple of times and had to take the next day to rest. Coming back from COVID is a marathon. There’s a chance I’ll never come back any further than I am now. I had 43% lung capacity a week ago and my pulmonologist said there’s a chance that’s all I’ll ever get. We just don’t know. I may never set foot in the ring as a wrestler again, but I don’t accept that. They only gave me 20% chance of living.”

Scott gives an abundance of credit to the two doctors who took the lead on his case, Dr. Knight and Dr. Freuight, as well as the rest of the staff at Atrium Health Lincoln.

Prior to getting sick with COVID, while Scott wasn’t a denier, he wasn’t wearing a mask because he didn’t think his chances of catching the virus were that high.

“I worked in Haiti for 12 years after the earthquake and I’ve had malaria, cholera, giardia, hook worm, ring worm, you name it, so I knew what a pandemic was,” he said. “I was being stubborn and dumb. I just didn’t take it seriously enough. I regret that like you wouldn’t believe. My greatest concern after waking up, other than will I get to wrestle again, was did I pass this on to anyone else? The fact is, I did, my wife and son.”

Because of where the tiny house was located in rural Kentucky, Scott didn’t have contact with anyone other than his family and he got both of them sick. Luckily Scott has good insurance, but he can’t imagine what other people who have been through hospitalization due to COVID are going through who don’t.

Sometimes things may happen for a reason. Scott’s mother had COPD and had lived with his family for the past five years. She passed away on May 5.

“Thankfully, when I got home from the hospital, we had everything,” he said. “Two oxygen machines, a wheelchair, walkers and canes. It’s like she was looking out for me, ‘I’m done, but you’re about to get really sick.’ As soon as I’m done with it, I’m going to donate it to other COVID victims who can’t afford it.”

Scott is working with Alex Patton at the local veteran’s administration to locate veterans who may need these supplies. Unfortunately, he likely won’t be done with the oxygen machines anytime soon.

While he doesn’t see himself as someone who stands on a soapbox telling other people what to do, Scott’s been there.

“COVID’s real,” he said. “It’s not something that was made up by the Democrats to have mail-in voting or by the Republicans to tank the economy. It’s not a political thing. I would tell people to follow the simple guidelines – when you’re in public places, wear your mask and wash your hands. I can tell that by not wearing a mask, you stand a much better chance of catching it. Maybe I wouldn’t have caught it in the hardware store in Kentucky where I back traced it to. One of their employees had it and they did a tracer for that employee and I had come in contact with him buying plumbing supplies.”

COVID isn’t a conspiracy theory and it’s not a political issue, he added.

“It’s a scientific issue,” he said. “It matters less about where it came from. We don’t need any more conspiracy theories, what we need is a cure. If we can’t find a cure, let’s find a vaccine. Let’s flatten the curve. Let’s get back to whatever the new normal is. We’ll never be the same as we were before pre-COVID. There are businesses that have closed down that are never coming back. It’s terrible for the economy and the town.”