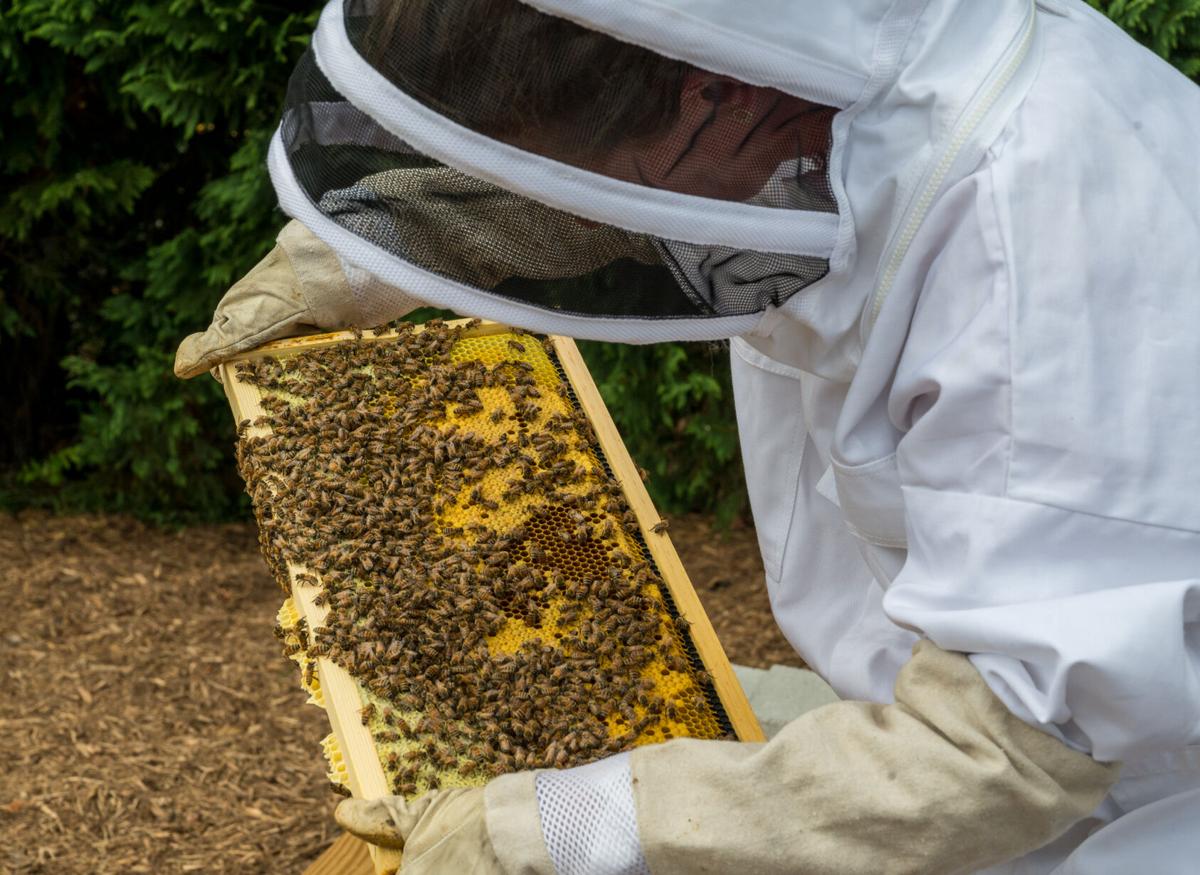 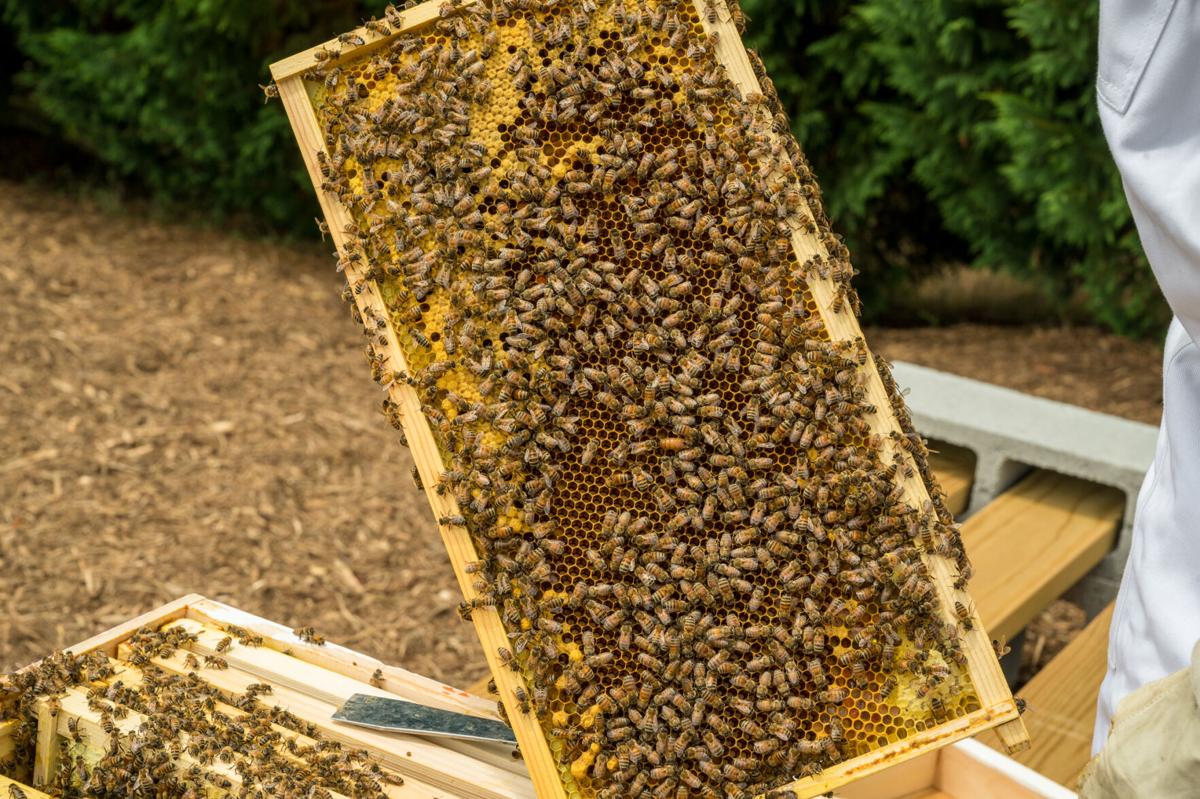 There’s a new lesson plan for students at the Denver campus of Lincoln Charter School. Erin Hudgins, who is the science, technology, engineering and math teacher for the first through eighth grade received a substantial NC Go Outside Grant and has installed a honey bee hive at the school. She has many other activities planned with the grant funds such as a pollinator garden, additional vegetable garden space and more bee hives.

“There’s so much that I can use bees to teach these children,” she said. “Number one is that we are stewards of the land. The land was given to us as a gift and we’re supposed to use it for our benefit, but not take advantage of it.”

Lincoln Charter School’s mission is to “facilitate the development of college ready individuals through emphasis on rigorous academics and our community expectations: honesty, respect, empathy, responsibility, service and preparedness.”

“Responsibility, respect and preparedness,” Hudgins said. “I can feed into each one of those. Then if you expand it to what this grant is going to – it’s not just honey bees that we need to be aware of. Where does your food come from? Why is water important?”

As part of the school’s summer STEM camps, Hudgins plans to organize a project for the students wherein they’ll have to figure out how to get water to the raised bed garden that’s outside the elementary school building. There isn’t a source of water to this garden now and it needs water to grow food.

“I want to teach them that this creation has been given to us as a gift and we need to steward it well,” she said. “So, take what you need and be sure that it is healthy enough to thrive on its own. I want to help them understand that this is not just a place to live – you need to care for it.”

The last week of school, Hudgins was pulling the bolted lettuce (when it gets hot, lettuce naturally “bolts” or goes to seed) out of the elementary garden bed.

“The kids were asking me what it was,” she said. “I told them it was lettuce. They asked if they could put it in their mouth. Yes, I told them, it’s lettuce, you can put it in your mouth.”

Lettuce straight of the garden or lettuce that has bolted looks a bit different from what’s sold in a grocery store wrapped in plastic or in a clamshell.

“I pulled one off and popped it in my mouth,” she said. “There was a little girl who almost had a panic attack that I had put it in my mouth. ‘It’s poison, it’s poison,’ she said. No, it’s not. If you were pulling something off a holly bush, that’d be a problem. Some of these kids don’t even know that what a holly bush is.”

Honey bees are challenging to raise and are in a steep decline due to many causes. This is a huge problem because bees are important in crop production. Beginning in 2006, experts noted significant yearly declines in honey bee colonies, according to the U.S. Department of Agriculture. These declines were attributed in part to a phenomena referred to as Colony Collapse Disorder, an abnormal condition that occurs when the majority of worker bees in a honey bee colony disappears, leaving behind a queen, an abundant supply of food, and a few nurse bees to care for remaining immature bees. Years of research determined the decline was likely attributable to a wide range of stressors such as pests, diseases, pesticides, pollutants/toxins, nutritional deficits, habitat loss, effects of climate variability, agricultural production intensification, reduced species or genetic diversity, and pollinator or crop management practices.

If Hudgins were to be able to influence just one student so that he or she would want to become a beekeeper, it’d be a win for future bee colonies.

In addition to students, Hudgins hopes to get the community involved, not just with the bees but with all of her planned projects.

“I told Jonathan (Bryant) that I had the feeling that this is about to blow off the roof,” she said. “I’m so excited.”