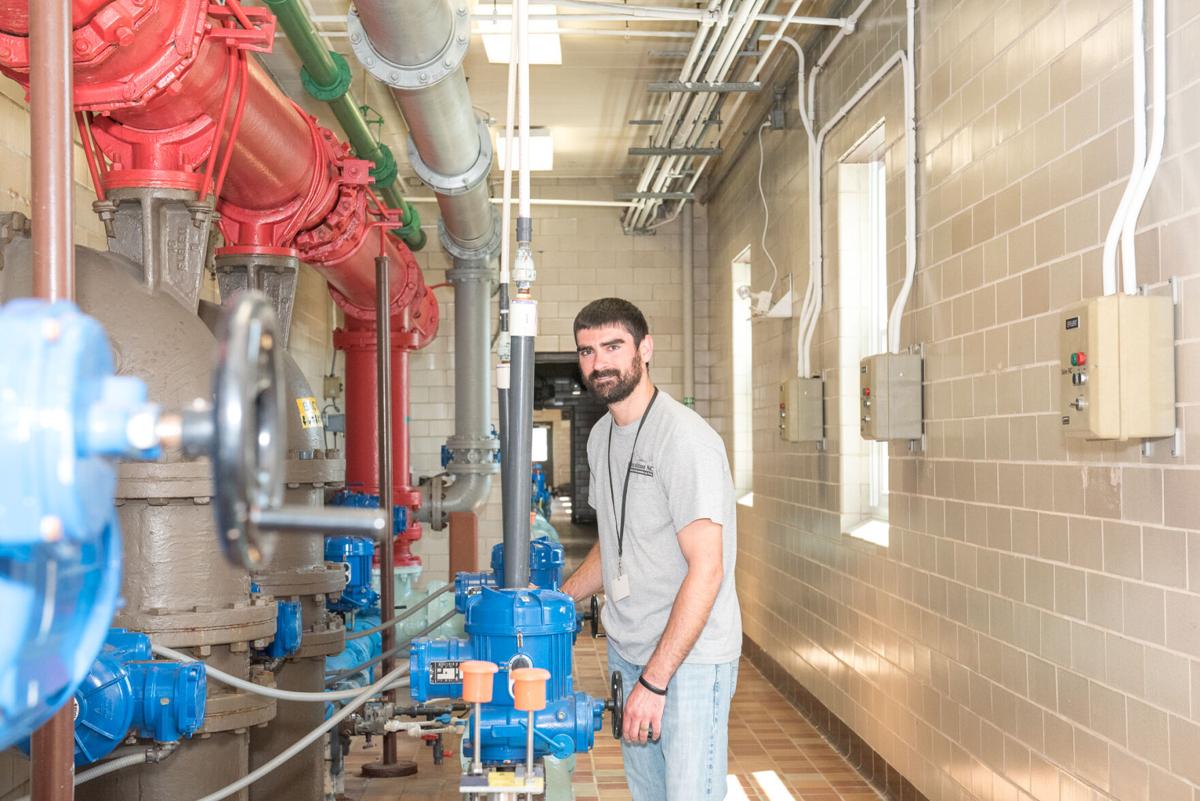 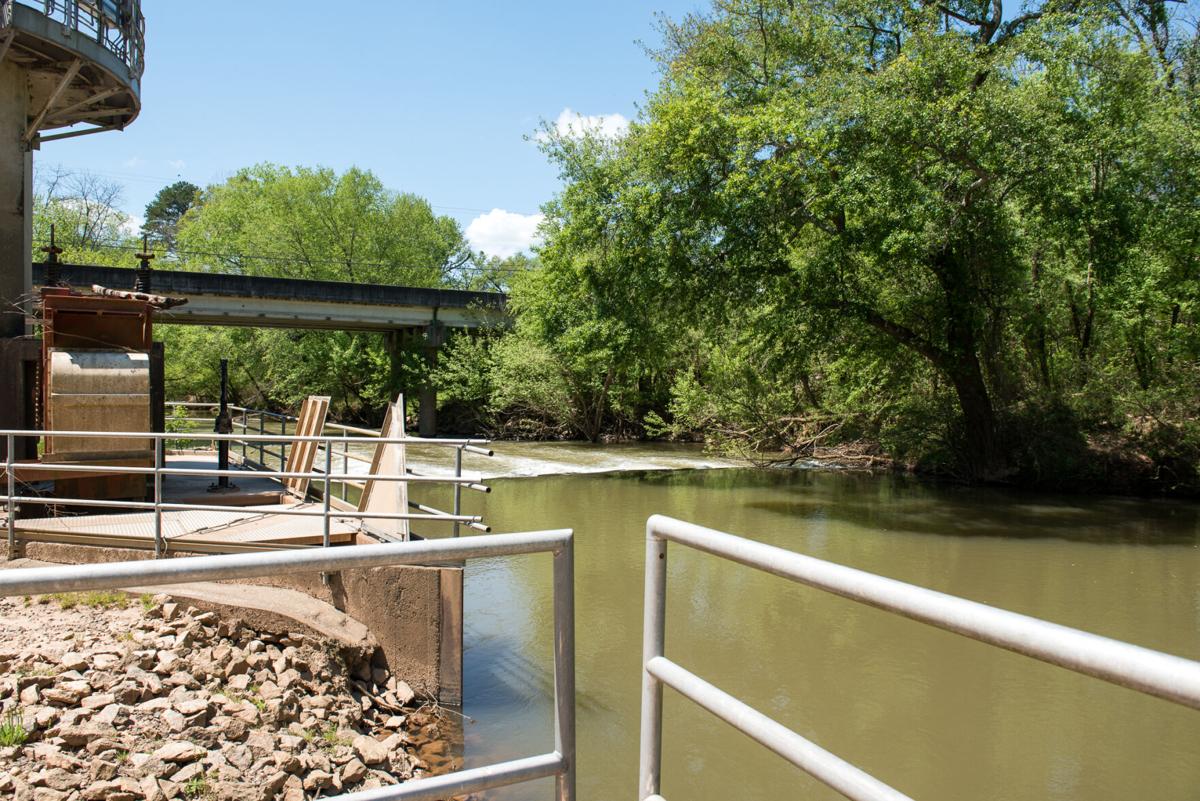 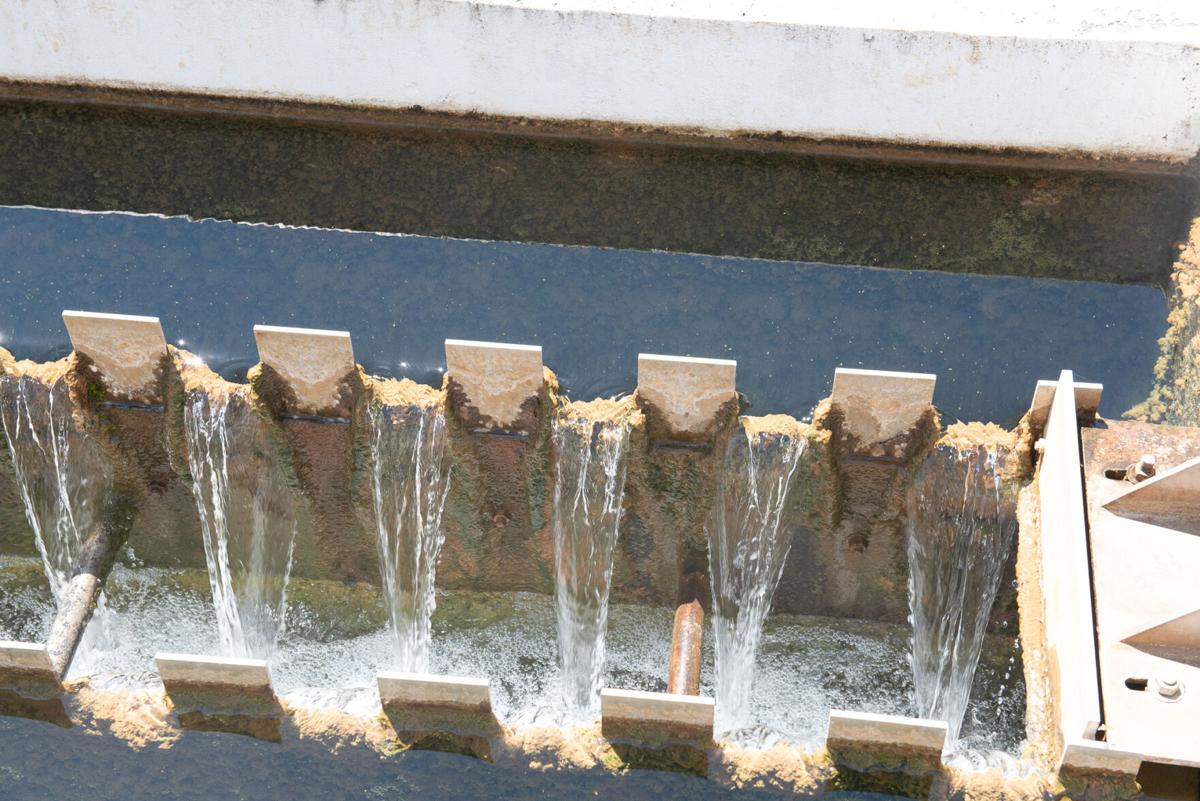 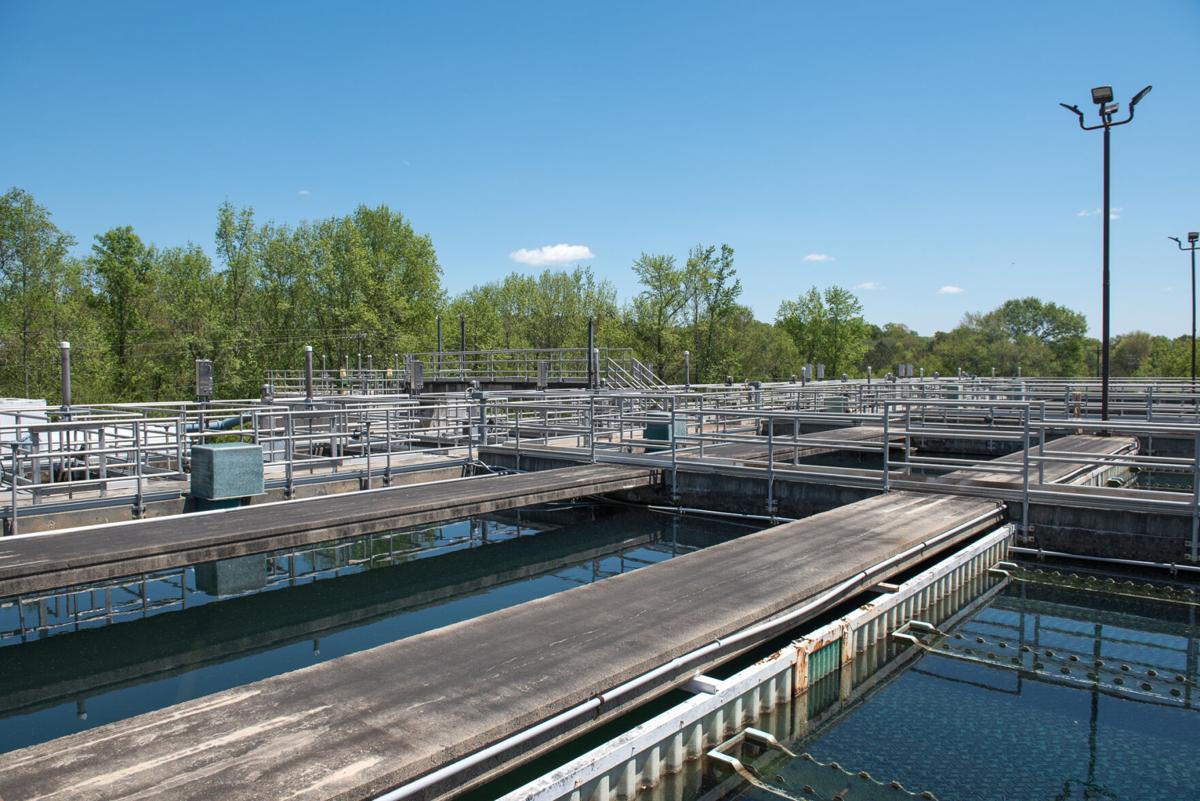 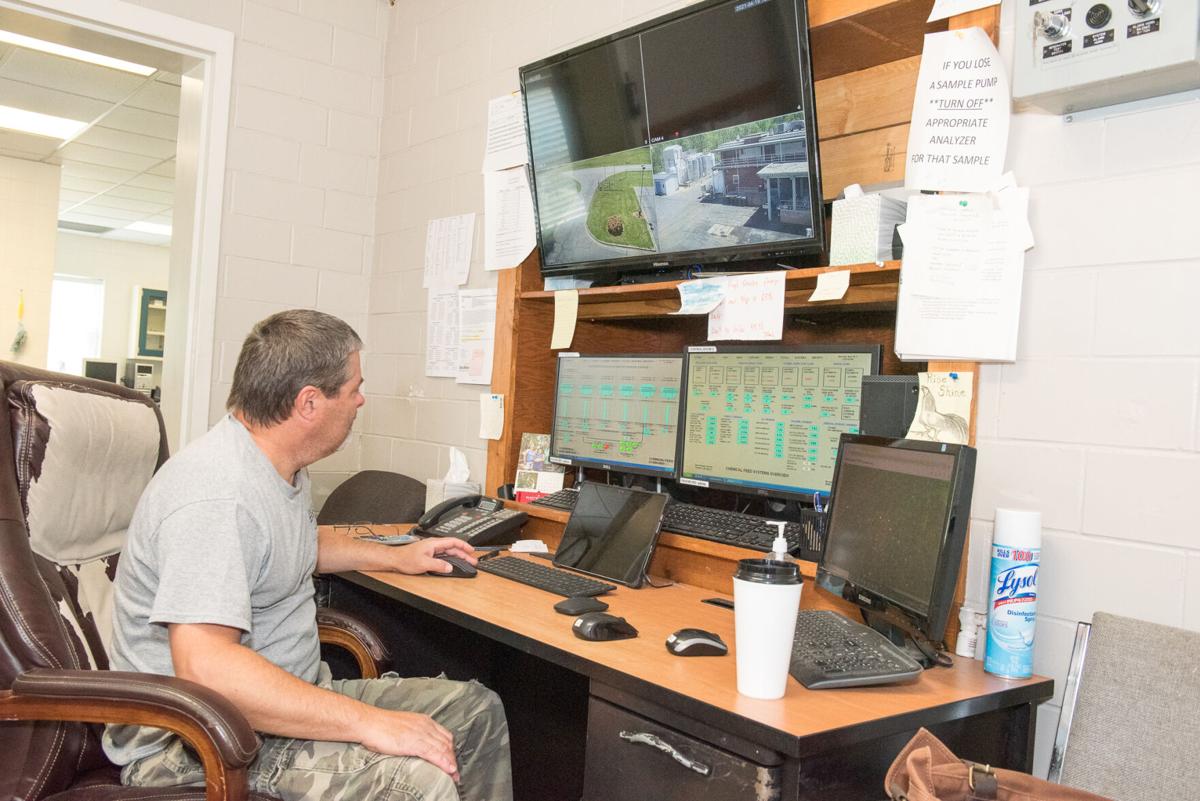 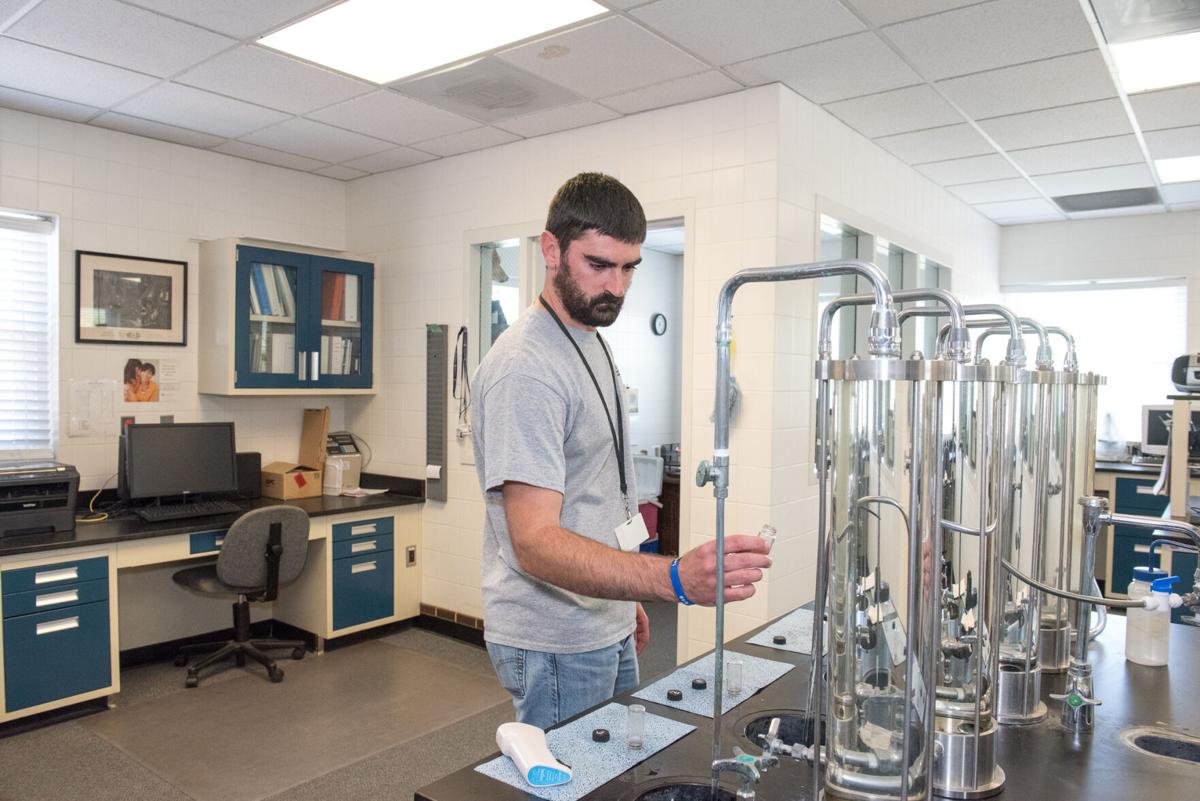 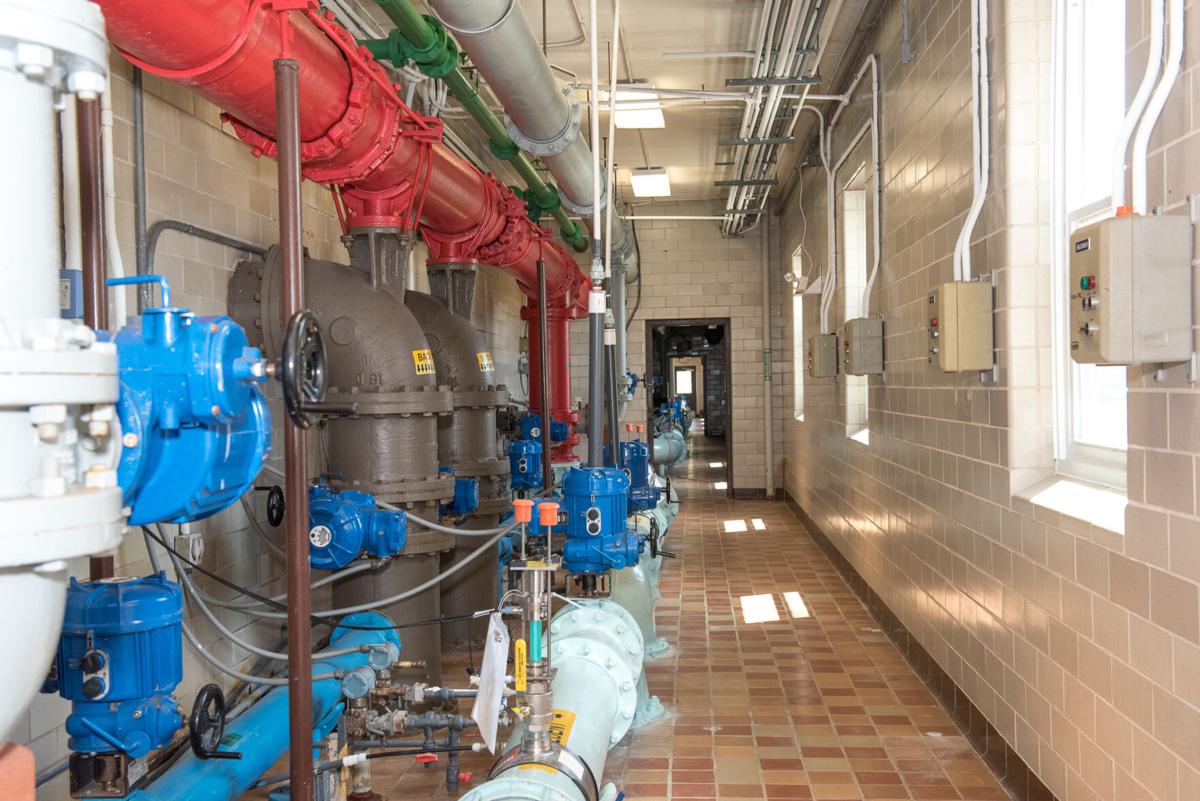 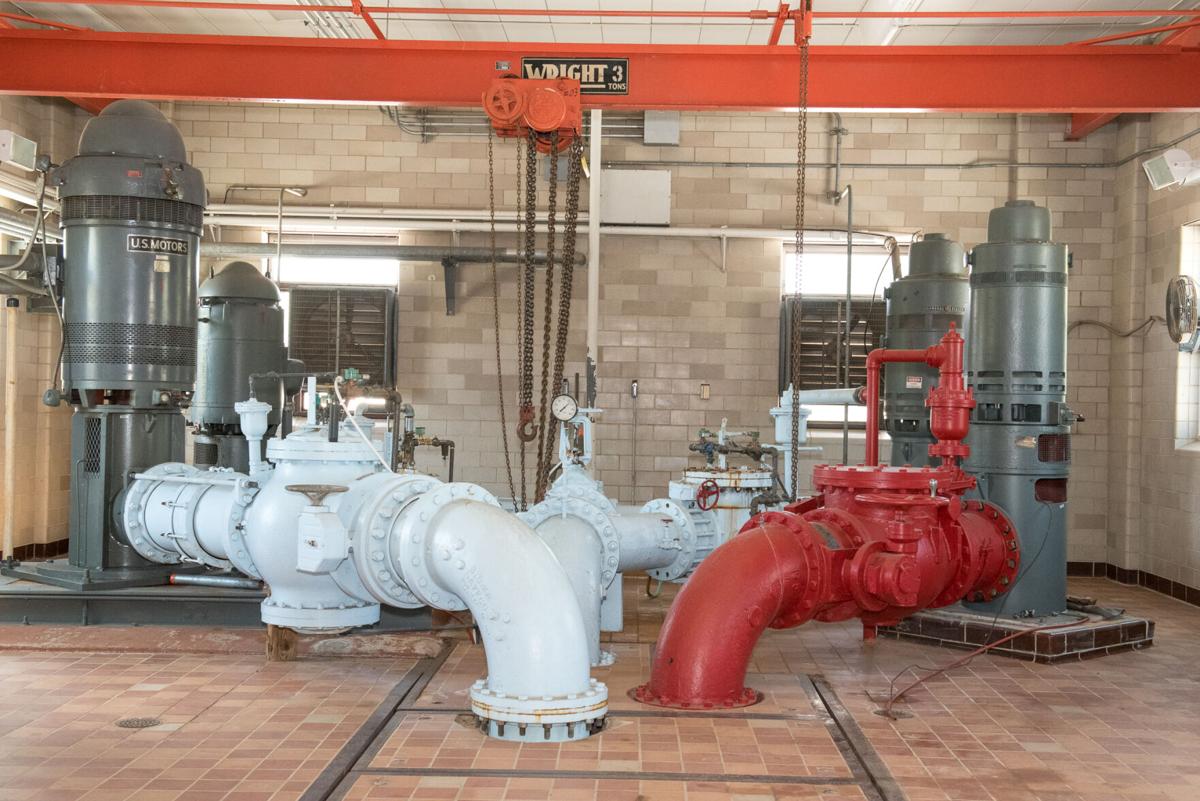 The thought of drinking water from the South Fork River may not seem terribly appetizing, but that’s where water comes from to supply the residents and businesses within the City of Lincolnton. That water goes through a seemingly miraculous process and once it hits the taps in Lincolnton, it’s so clean that the city has won the prestigious AWOP (Area Wide Optimization Program which judges the cleanliness of the water) award for the past 19 consecutive years. Only one other municipality within the state of North Carolina has done the same thing.

The process is overseen by Nolan Hallman, the superintendent of the water treatment plant. Hallman is new to the superintendent job, but he’s “been in water” for about five years. He got his certification while working at another water treatment plant. When a job opened up in Lincolnton three years ago, he applied for and got it. Hallman is a lifelong resident of Lincoln County and lives just over the river from the plant.

When it rains a lot, as it did in early spring, the “turbidity” or dirt in the water tends to run high. During rainy periods, the water treatment plant only pulls water from a lined reservoir across the street from the main plant so as to avoid bringing in excessively dirty water – called “tomato soup.” When the rain lets up, the plant resumes pulling directly from the river into the reservoir. Depending upon what time of year it is, the plant can rely on what’s stored in the reservoir without having to pull from the river for three to five days.

“When it rains a lot, the dirt and bacteria in the water is our biggest battle,” Hallman said. “You can go anywhere from a turbidity of 10 which is really low and easy to treat, to thousands.”

Of course, if there’s drought, that brings its own set of problems, but the city has the capacity to store 5 million gallons of treated water on site. Last year, the plant averaged approximately 2.5 million gallons per day, according to Hallman. There’s more usage during the warmer months due to watering lawns, washing cars, etc.

There are six pumps available to pump water from the river so there’s always back-ups should a pump go down.

“We try to make sure we always have back-ups for whatever systems are on site,” he said. “Sometimes thunderstorms cause power outages and getting everything back up and going can be hectic. We have two back-up generators on site that can power anything on the property.”

Any processes going on at the plant, no matter where or what building it’s in, is monitored by computer via a SCADA (supervisory control and data acquisition) system. Part of the SCADA system is a weather radar so if there are storms in the vicinity, an operator can switch to generators in anticipation of a power outage. There are four operators who are all trained to watch the operations through the computer, but also to manually monitor everything, hands on, as well. Everyone, except for the office administrator, is trained to operate the plant.

“This plant is much more technologically advanced than the last one I worked at and easier to operate once you get the feel of what all it’s doing for you.” Hallman said. “At the other one, I was manually having to turn things on and off whereas at this one, a lot is done through the SCADA system.”

From that section of the plant, the water goes through a flocculator which removes the floc from the water. By this point, the turbidity of the water drops from what it was coming out of the reservoir to approximately .5, according to Hallman. There are six tanks where the filtering process takes place, five operate at one time with the sixth rotated in as needed.

In the lab, the entire treatment process – from raw water coming from the reservoir before any chemicals are added, water before it gets to the filter system, filtered water, finished water (after chemical adjustments are made) and water from the clear wells which is the water that’s going into town can be observed and tested. Levels of chlorine, turbidity and pH are checked hourly and, phosphate and fluoride are checked twice a day. Lead and copper samples are done every three years at residences within the community. One was just done in 2020 and everything was as it should be, according to Hallman.

“There’s a lot to keep up with here,” he said. “It’s always a puzzle to figure out what the water’s wanting you to do. It’s an enjoyable process to watch and keep up with and know that you’re producing the cleanest water you can to the citizens.”