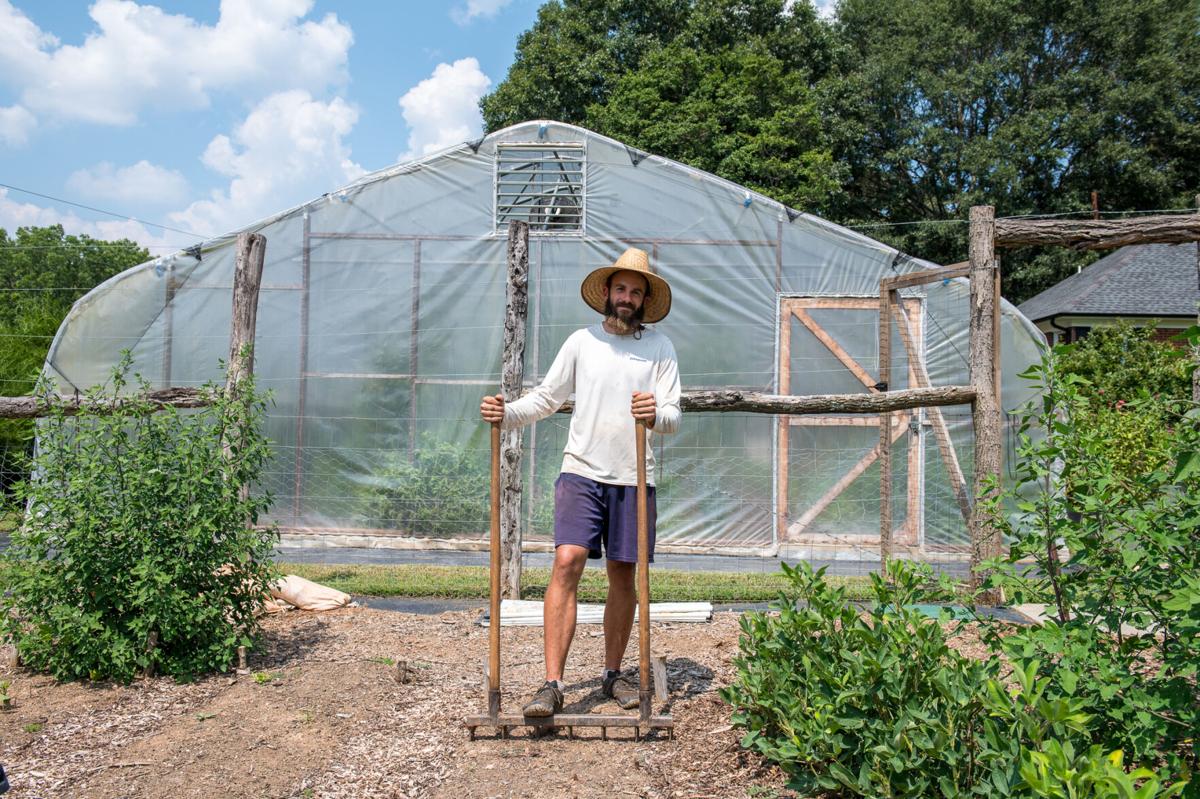 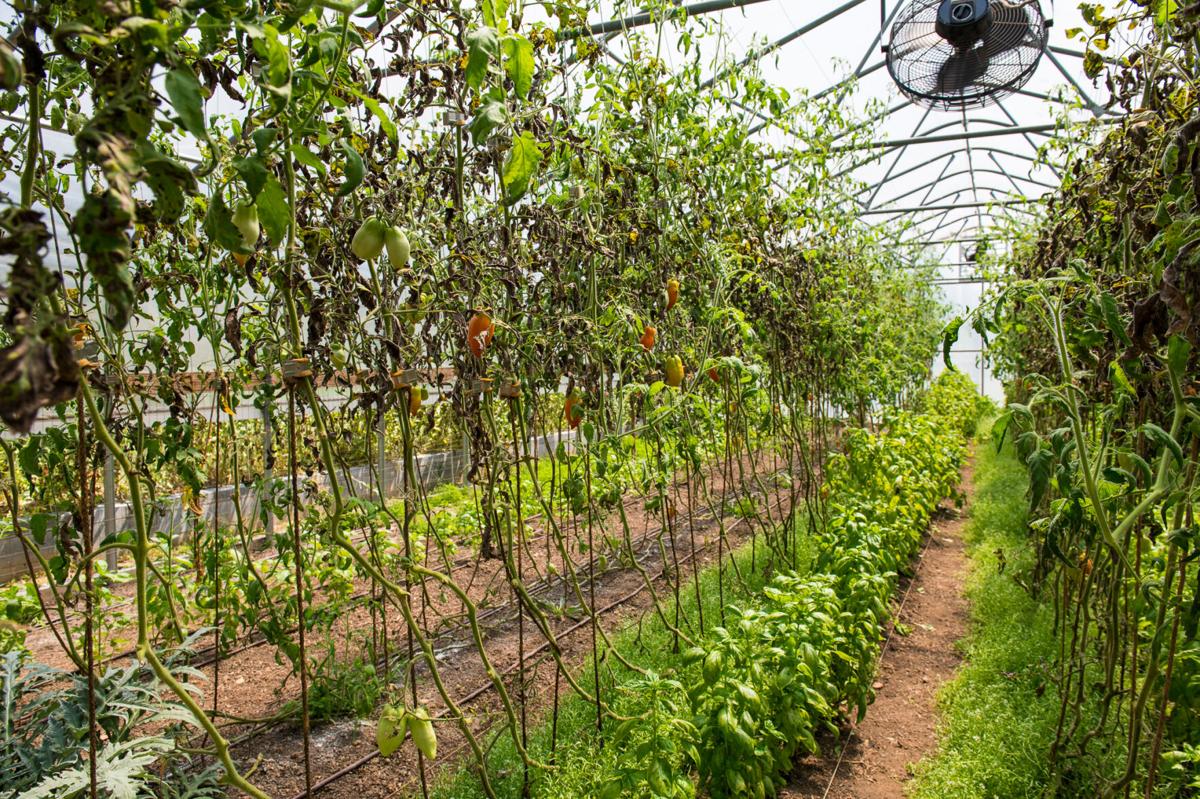 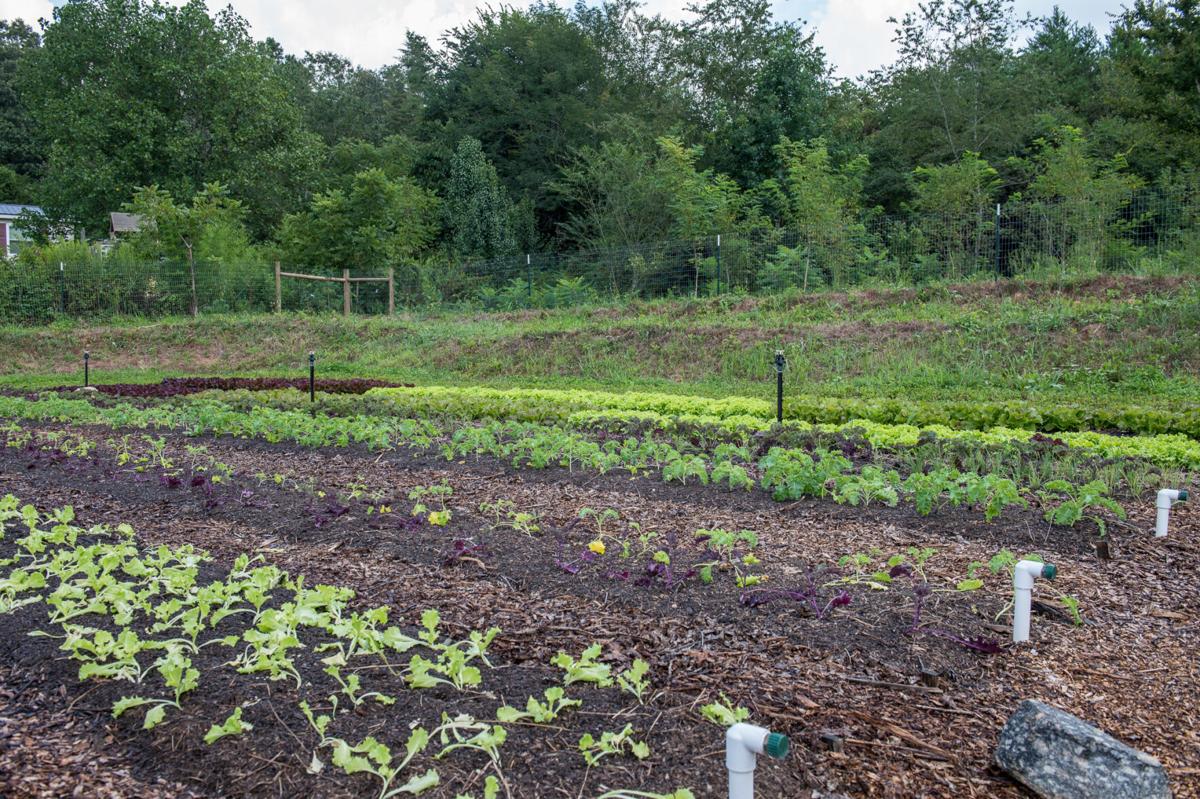 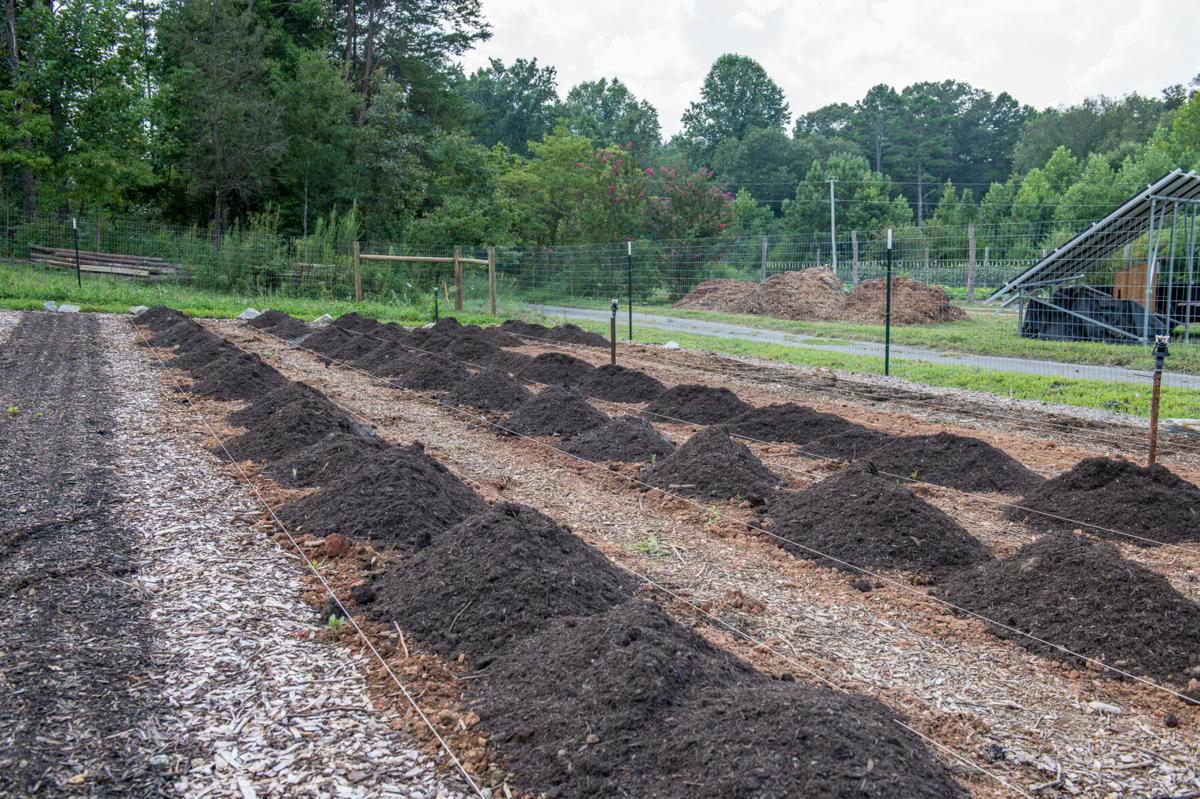 Wielding a tool that looks like it could be some sort of medieval torture device, Mike Lore starts to loosen the soil in a garden bed with a tool called a broad fork. There are no tillers used on a regular basis at Piedmont Homestead, nor is there a tractor. Instead, Mike and his wife, Kristina use human power to farm their crops. Lore had to use a tiller to break initial ground, but now his tool of choice is the broad fork.

They only have a half-acre in production, which sounds small when compared to the amount of acreage farmed by most farmers, but the Lores manage to produce hundreds of pounds of salad greens plus other vegetables using biointensive methods.

Biointensive agriculture is an agricultural system that focuses on achieving maximum yields from a minimum area of land, while simultaneously increasing biodiversity and sustaining the fertility of the soil. Instead of tilling the soil before planting, the Lores utilize a broad fork to loosen the soil and add a healthy topping of compost and mulch.

This all started with a small garden which expanded. The Lores have been on their property in Alexis for eight or nine years. Three years ago, they built their tunnel. A tunnel is similar to a greenhouse, but instead of the plants growing in pots as they do in a greenhouse, in a tunnel they’re grown in the ground. Two years ago, they started selling at local farmer’s markets including the Denver Market. They are not organic, but in practicality, their practices are much more sustainable than most farms, organic or not.

“Our practices don’t follow those of other certified organic farms,” Mike Lore wrote in a blog post. “Organic certification allows use of ‘approved’ pesticides, insecticides and a bunch of other really shady stuff that chemical companies have successfully lobbied to be included in the ‘allowed’ chemicals for organic farmers. Isn’t the objective of organic vegetables to be as close to natural as you can get? You see, the organic standards needed to become certified are just that, standards. What motivation does a farm have to do more if all they have to do is meet a minimum standard to get the labeling? If there is no incentive to do better, why would they expend the extra energy (and cost) to do more?”

Piedmont Homestead is in production all year round through the use of the tunnel and row cover.  Pollinator-friendly plants abound, as do the pollinators at the farm. The beds are organized like a patchwork quilt with all types of salad greens and other crops growing.

In a previous life, Mike Lore was in graphic design and marking and Kristina in human resources. They weren’t “cut out for the corporate world” and now they’re full-time farmers.

“We started growing food just to grow our own food,” Mike Lore said. “It snowballed from there and we started to try to grow better food. We don’t have a lot of flat land here – we’re maxed out at half an acre. We read a lot of books on biointensive, small scale farming. Our future goals are to keep growing better.”