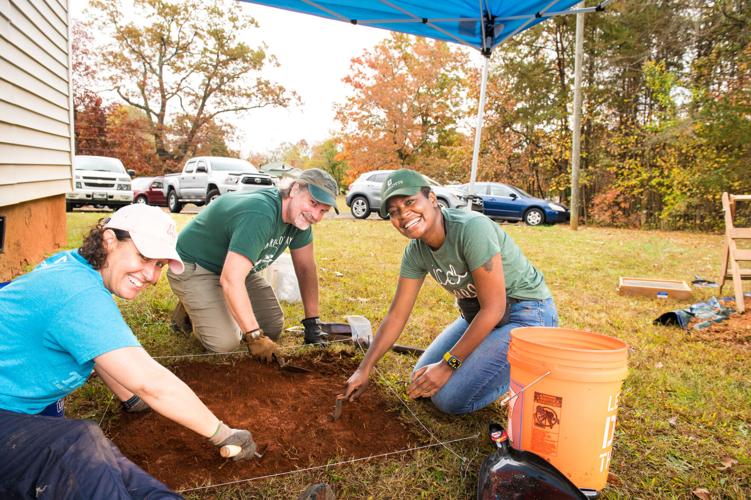 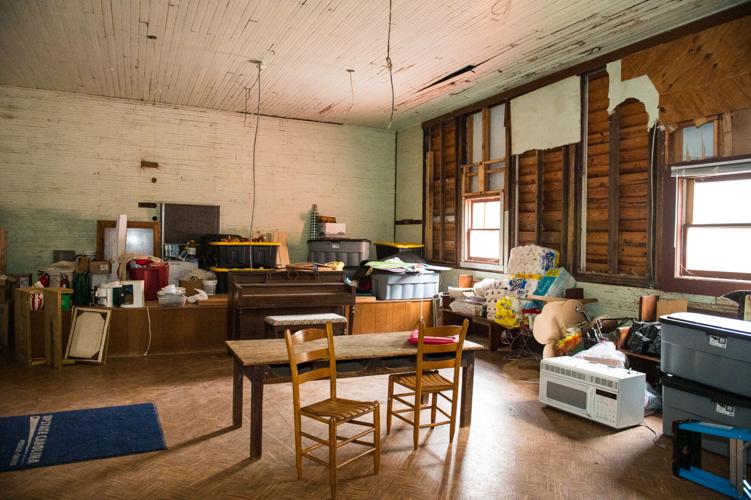 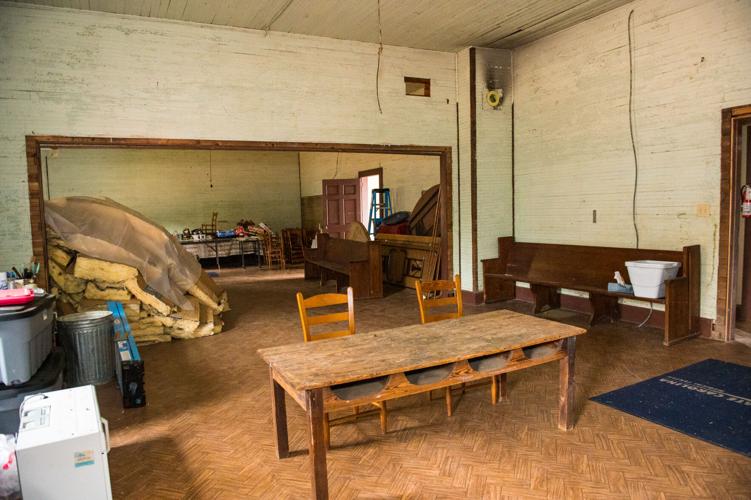 IRON STATION – Nearly 800 Rosenwald Schools were built in North Carolina – more than in any other state. Only two of the original six Rosenwald Schools are still standing in Lincoln County. One is Oaklawn, which was rehabilitated utilizing a Community Development Block Grant and is now being used by Communities in Schools of Lincoln County and the Mount Vernon School in Iron Station. Mount Vernon School was a two-teacher schoolhouse that first welcomed students for the 1925 school year.

“Today the Mount Vernon School’s restoration and preservation are championed by former students, community members, and volunteers,” Mia Canestrari, a volunteer with the project said. “A non-profit was created in 2015 to restore and preserve the school, return it to its 1920s appearance, share its history, and open it to the community for education and fellowship.”

Intrigued by the history of Rosenwald Schools, a University of North Carolina at Charlotte Anthropology Department graduate student, Camille Richardson, has elected to do an archeological dig at the Mount Vernon School as part of her master’s thesis. She’s working under the supervision of Sara Juengst, Ph.D., an associate professor with the Department of Anthropology at the University of North Carolina at Charlotte.

“We were contacted by Mia Canestrari who’d seen on social media a Rosenwald School archeology project that was running through the University of North Carolina at Chapel Hill,” Juengst said. “The idea is to put a few archeological excavation units in the yard of the school to see what the children left behind. If we’re lucky, we’ll find their trash pit. I think most likely, we’ll find things that were lost in the yard. It’s part of an effort to document and investigate the lives of African American children which in terms of historical documents, are often unreported on, particularly in the last 200 years in the American South.”

Richardson has been doing work with other black communities in the Charlotte area on housing issues and is interested in racial justice issues broadly.

“In eighth grade, I was taking a forensics course at a college, and they started talking about forensic anthropology,” she said. “I started to think about how I could turn anthropology into a career and here I am. I was looking for a project to do for my master’s thesis and this seemed amazing. I work with a nonprofit called Rebuilding Together where we do home modifications on low-income housing. Most of our clients are African American people and I get to learn a little bit about their history.”

Some of her clients told Richardson about how education back in the day wasn’t the greatest. When she learned of the Rosenwald Schools, she knew this would be a perfect project for her.

“I’m so excited to get in here and try to tell these children’s stories and interviewing the surviving students,” she said.

Introduced to the Mount Vernon School project by Sen. Ted Alexander (R-Cleveland), Canestrari has been a volunteer with Preservation North Carolina since 2019.

“Ted invited me and another volunteer, current Board Secretary Amanda Finlon, to a Mount Vernon Rosenwald School meeting over a year ago,” she said. “We met Ola Mae (Foster) and she asked if we were interested in helping out. I was and I needed to complete an internship to get my Historic Preservation Certificate from the University of North Carolina at Greensboro, so I came on as an intern. Once my internship ended, I decided to stay on as a volunteer. I’m scheduled to receive the Historic Preservation certificate from UNCG this spring.”

In the case study that Canestrari did for her certificate, she conducted extensive research on the Mount Vernon school and on Rosenwald Schools in general. Some of her research follows:

The land on which the Mount Vernon Rosenwald School is situated was sold by white businessman and landowner Andrew Link to the Lincoln County School Board for eight dollars in 1902. The deed states the land was “To be used as a schoolhouse site and for the benefit of the free school for Dist. No. (Mt Vernon) colored race.” That year the Mount Vernon Academy was built and stood until the community petitioned for a Rosenwald school.

On Sept. 10, 1924, William F. Credle, the Rosenwald Fund supervisor with the North Carolina Department of Public Instruction sent a request to the Rosenwald Fund for help building 22 schools in 10 counties. Mount Vernon was one of three schools in Lincoln County approved for funding at this time. Schools were only approved if the black community demonstrated support for the school by raising money and donating labor or land. The school also had to have the backing and financial support of the white community and school board.

According to information from the Fiske University Rosenwald School database, the total cost to build the school was $2500 with $300 from the black community, $1500 in public funds, and $700 from the Rosenwald Fund.

Once built, the school functioned as an elementary school with one room for first through third grade and the second classroom for grades four through six. In 1960, following desegregation, the school closed, and classes were moved to the Newbold Elementary School. In 1961 the church next door, the Mount Vernon Missionary Baptist Church, purchased the school and used it as a meeting hall. Historically the church and its members were instrumental in building and supporting the schools built on the site.

The school has been altered and updated over the years. Its historic details have been either hidden or removed. The large, tall bank of 9x9 windows, a defining characteristic of Rosenwald Schools, that stretched along the front and back of the school were replaced with smaller windows. The wood exterior has been covered with vinyl siding. Interior wood paneling and drop ceilings covered the original tongue and groove.

“When evaluated in 2011, the North Carolina State Historic Preservation Office found it couldn’t be encouraging about it as a likely candidate for listing on the National Register of Historic Places,” Canestrari said. “It was recommended that the school building be returned to its historic appearance by literally unwrapping it to reveal the historic materials underneath.”

With the help of local Lowe’s store volunteers, the drop ceiling and wood paneling were removed in June. In addition, the board has worked to raise money and apply for available grants. The Mount Vernon Rosenwald School recently received grant funds from the county and the Marion Stedman Covington Foundation which will allow work on the exterior façade to begin this spring.

Once the historical details of the building are more visible, the board plans to have the site re-evaluated for inclusion in the National Register of Historic Places.

Interviews are planned with surviving students of the Mount Vernon Rosenwald School and will be published at a later date.