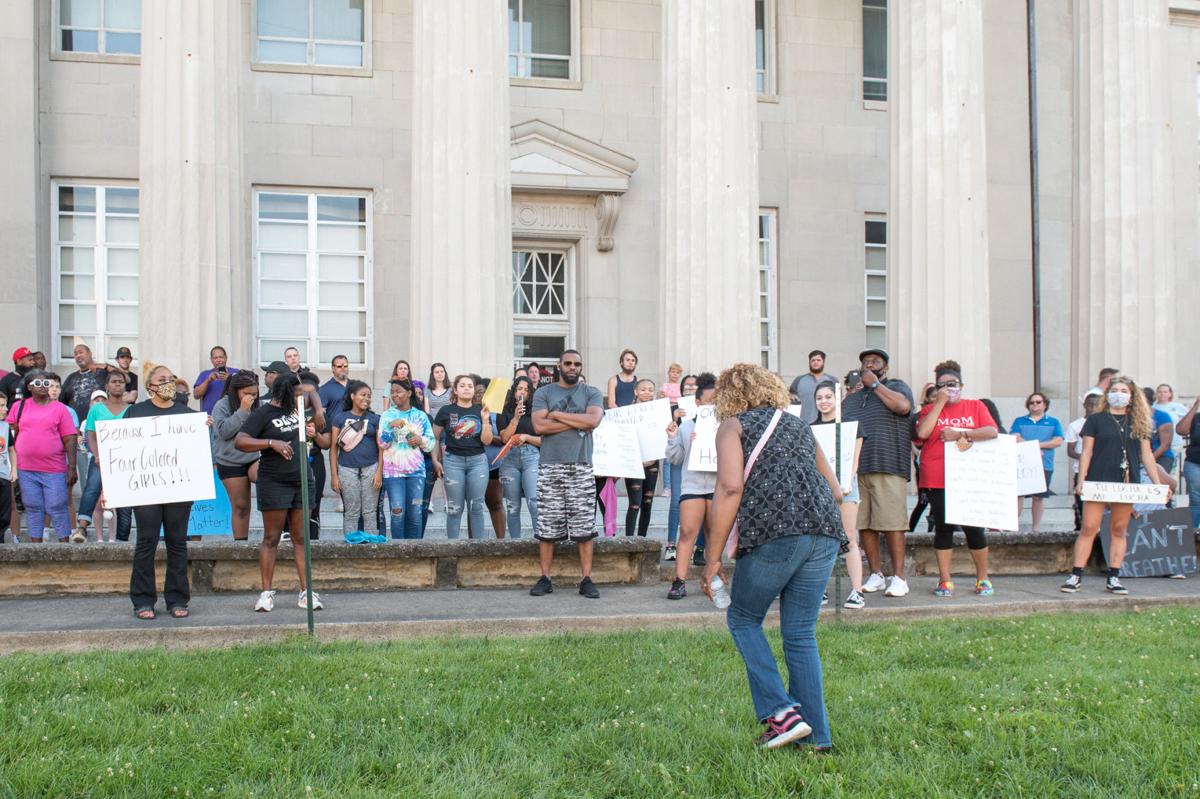 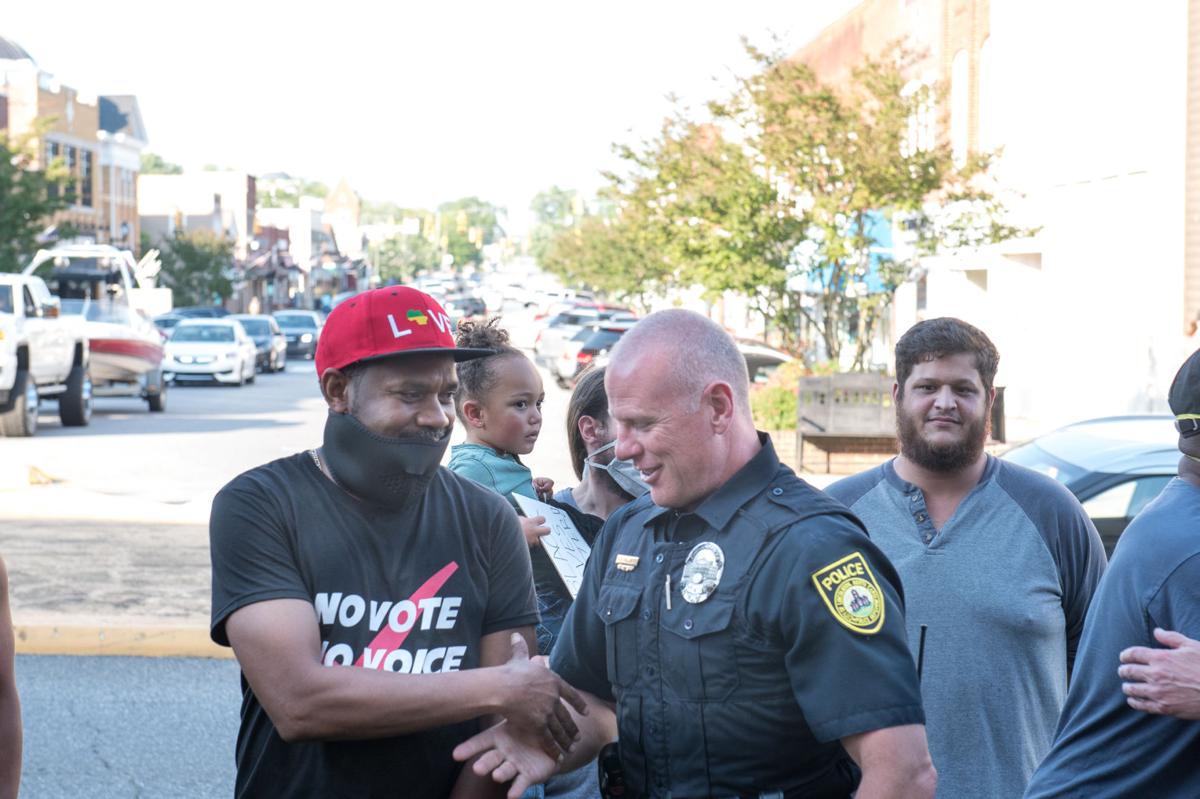 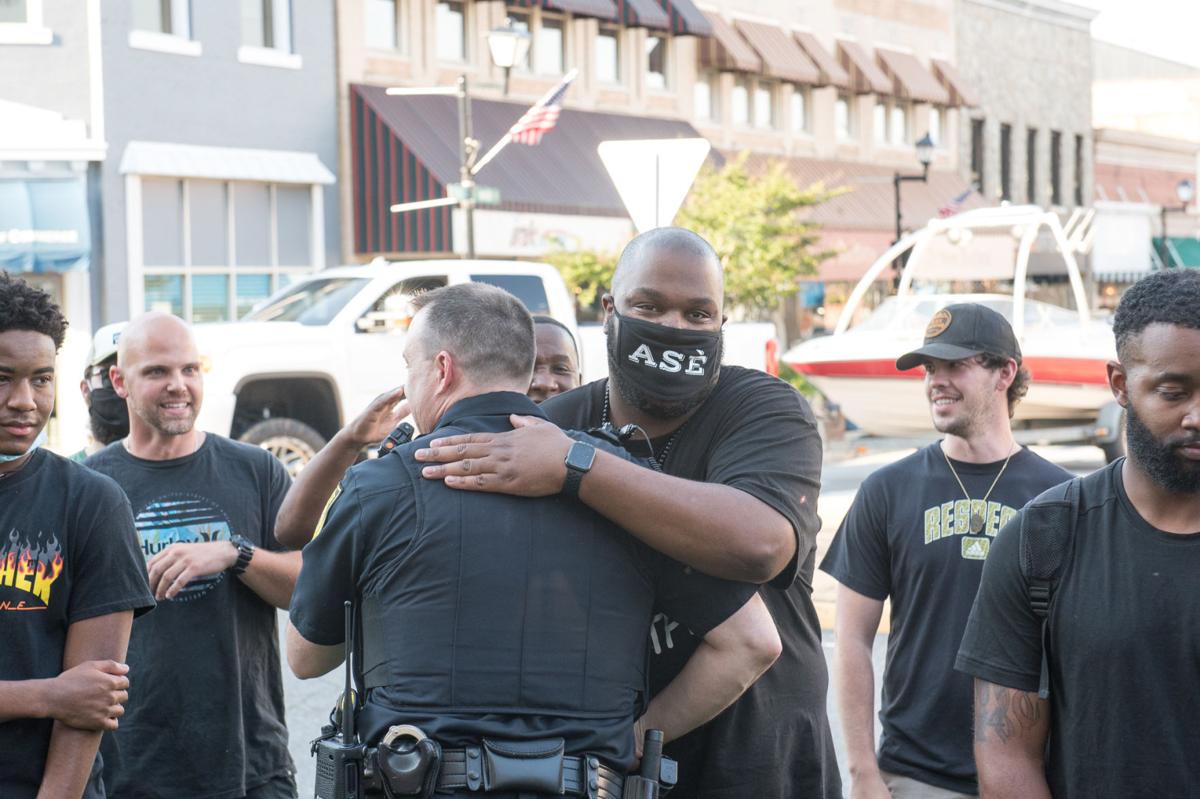 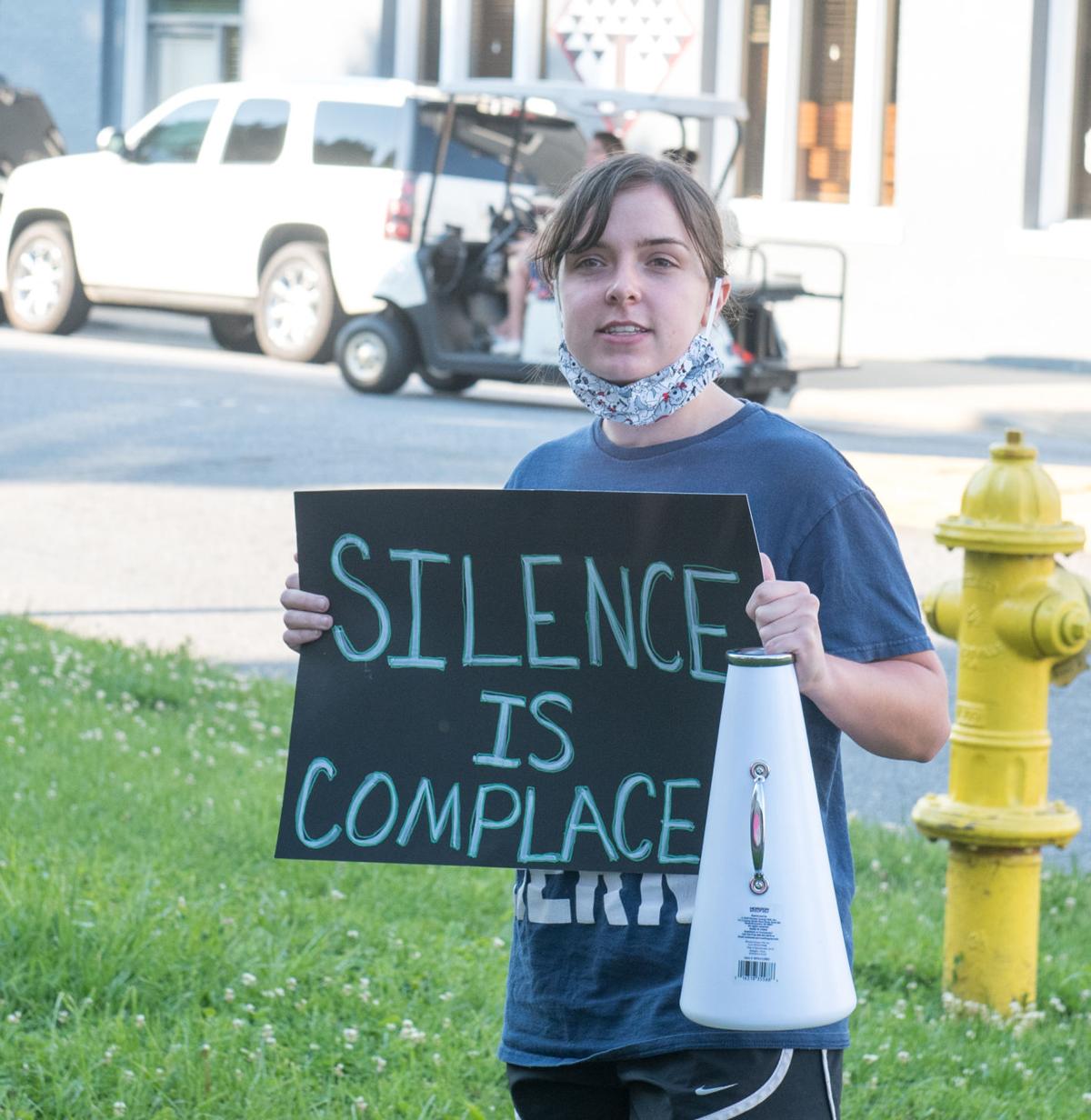 A large group of individuals gathered on the steps of the Lincoln County Courthouse to protest the death of George Floyd at the hands of a white police officer. Unlike protests in many other parts of the country, this one was completely peaceful. The event was organized by Joy Smith, who lives and works in Lincoln County. Smith’s family is no stranger to racism right here in Lincoln County. Her great-great grandfather, Preston Cobb was the first African American to be buried at Hollybrook Cemetery in Lincolnton. He died on April 24, 1967. His son, Lonnie Cobb, Sr. essentially fought city hall to get his father buried at Hollybrook.

Sometime early in the morning on May 18, 1967, a cross was burned on his grave. The cross was about three feet high, wrapped in burlap and wire, according to a story published in Times-News on May 19, 1967. Wreaths which were on the grave were burned as well.

“My family had to endure cross burning in my grandparents’ yard then they burned a cross on my grandfather grave,” Vera Cobb Lowery, Lonnie Cobb’s daughter said. “My dad spoke about this a lot in our home while I was growing up. It actually happened two weeks before I was born so I never got to meet him. He made sure my children knew about it as well.”

“My dad was very vocal in the African American community,” Lowery said. “He always spoke about equality saying we should have the same rights as white people. He also attended many city council and county commissioner meetings.”

Lowery mentioned the sidewalks which are now being installed on Pine Street, and how grateful she is that it’s being done now because her father tried on numerous times to get that done.

“I’m glad my family took a stand so that other black people can be buried in Hollybrook now,” she said. “We pay taxes just like everybody else. We should have the same rights to do all things that taxpayers have rights to. My dad would have been so proud of Joy.”

Smith, who carried a sign that said, “Because I have four colored girls!”

One of the speakers at the gathering was a recent graduate of West Lincoln High School, Chloe Saine. Saine made Lincoln County history by being award both the Park Scholarship and the Morehead-Cain Scholarship. She’s currently attending the University of North Carolina at Chapel Hill. When she was interviewed as a senior in 2018, she had planned to major in political science and minor in media and journalism. She hoped to become a lobbyist for public education. On Tuesday, she was lobbying for the power of voting.

“We’ve heard a lot of ‘what’s next after this,’” she said. “Everyone who’s come out today knows that they will not be silent because silence is complacency. We can’t continue to be complacent when we go to the polls. Your vote matters. All the young people out here are the future generation and we have to change the future we have to live in.”

Sain then called out N.C. Rep. Jason Saine for not being at the gathering.

“He represents Lincoln County at the state level,” she said. “He’s supposed to be standing up for all of us and we can’t tolerate this come November. We deserve a representative in Lincoln County who cares about all of us.”

Greg McBryde, who is running in opposition to Saine was at the event, as were Lincoln County Sheriff Bill Beam, Lincoln Police Department Chief Rodney Jordan, Capt. Brian Greene and several other members of local law enforcement

Of course, Lowery said she would like to see the police brutality stopped, but she’d also like to see everybody come together and love each other.

“I want American to come together and learn to get along,” she said. “I’m don’t like the looting and the damaging of businesses because that’s going to come out of our pockets later. If you want your voice to be heard, you’ve got to go and register to vote. If you’re not, you don’t have a vote. A lot of people of our race think our vote doesn’t matter, but in the end, it does matter. All lives matter, but right now, it’s about black lives.”