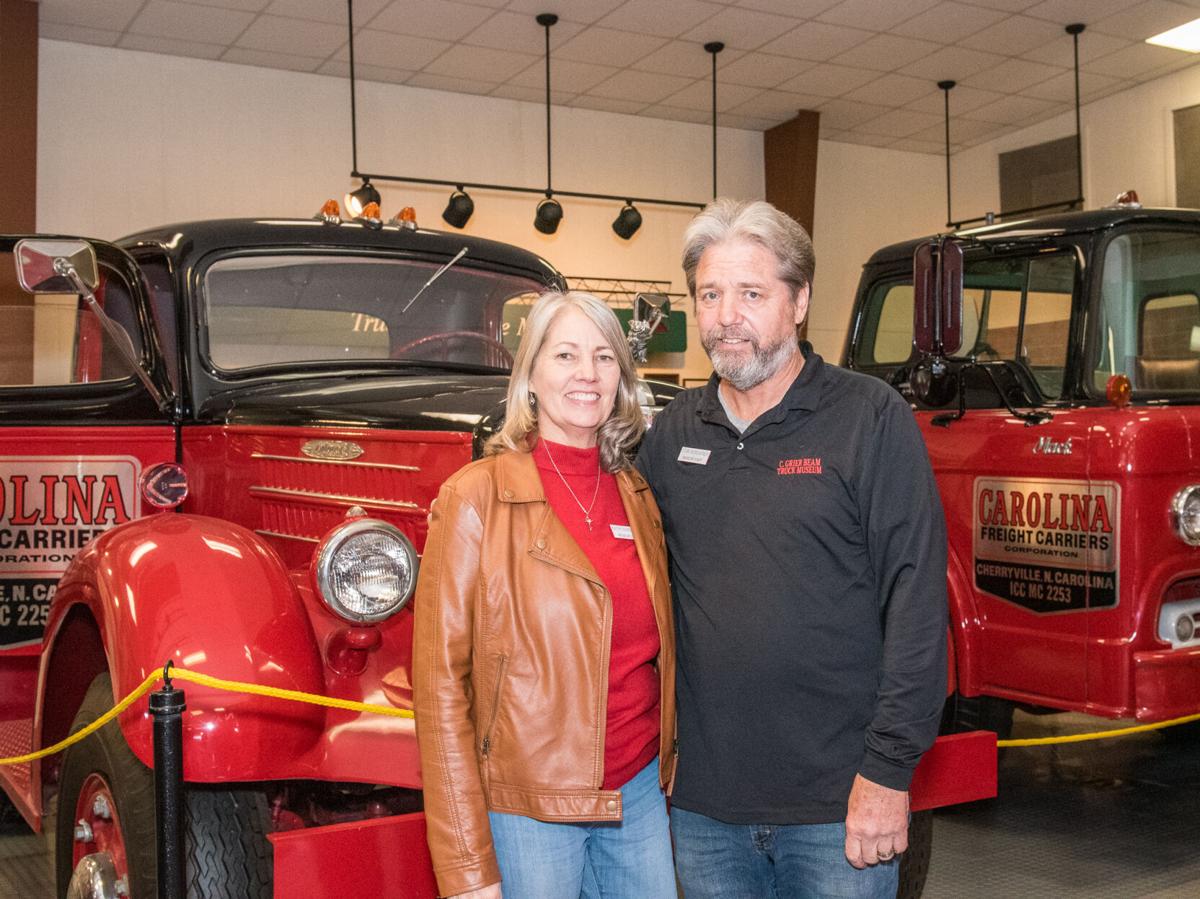 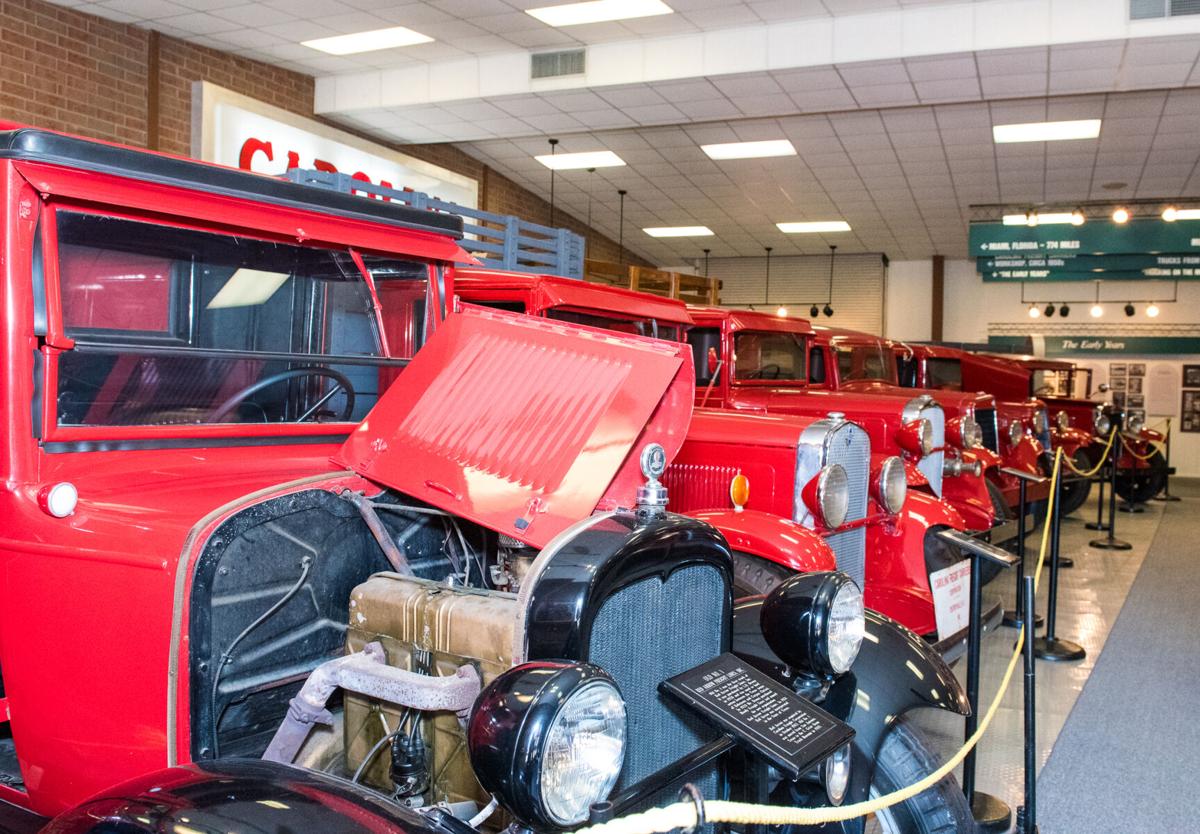 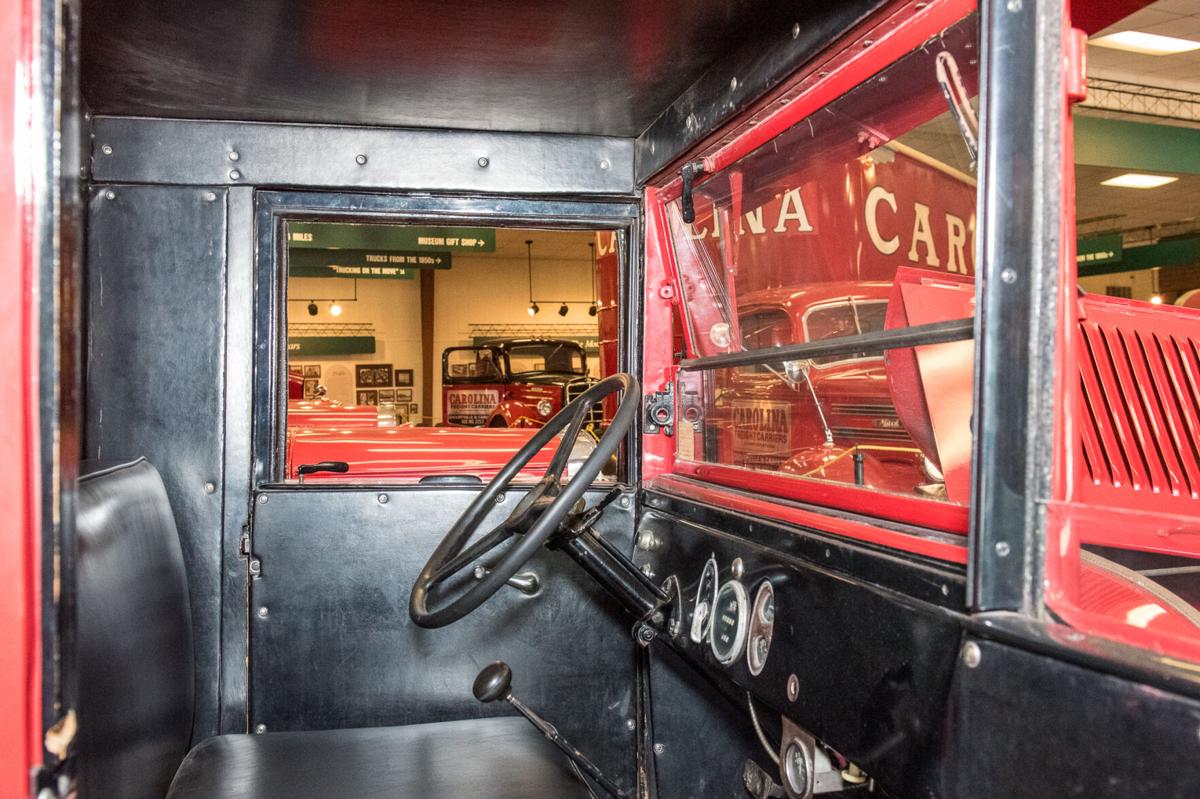 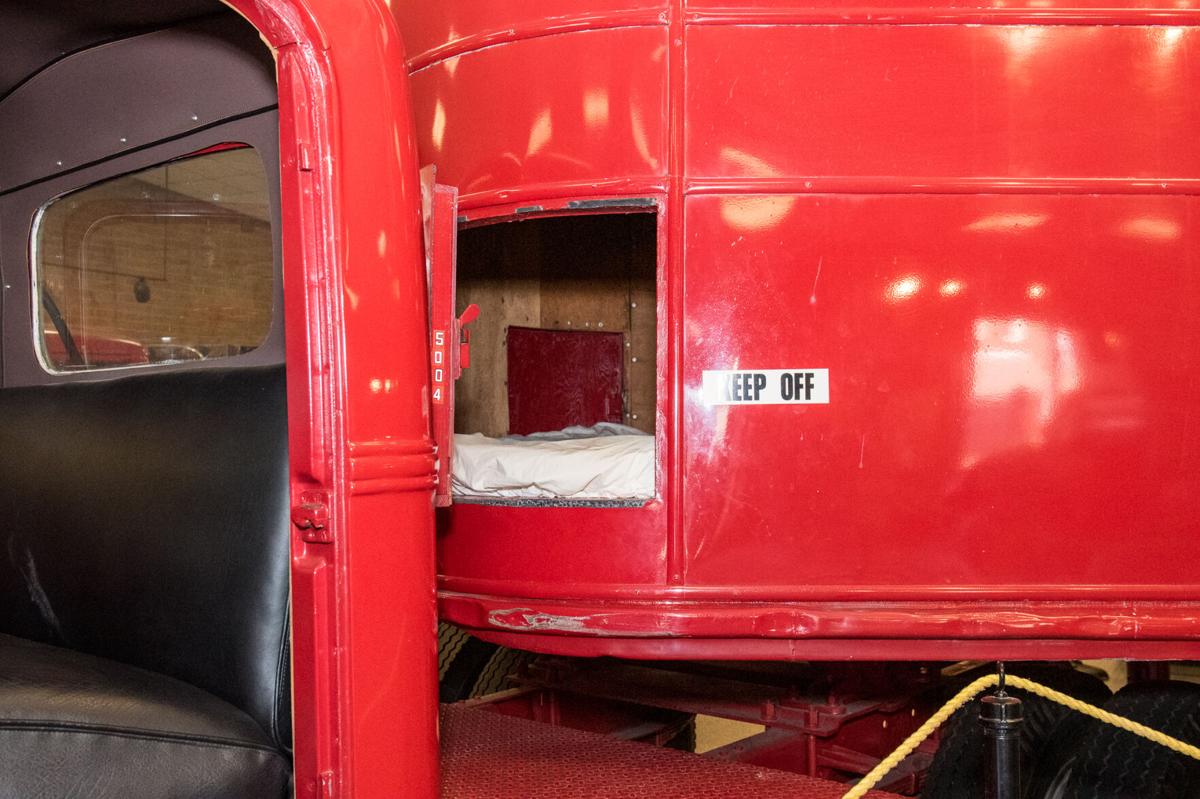 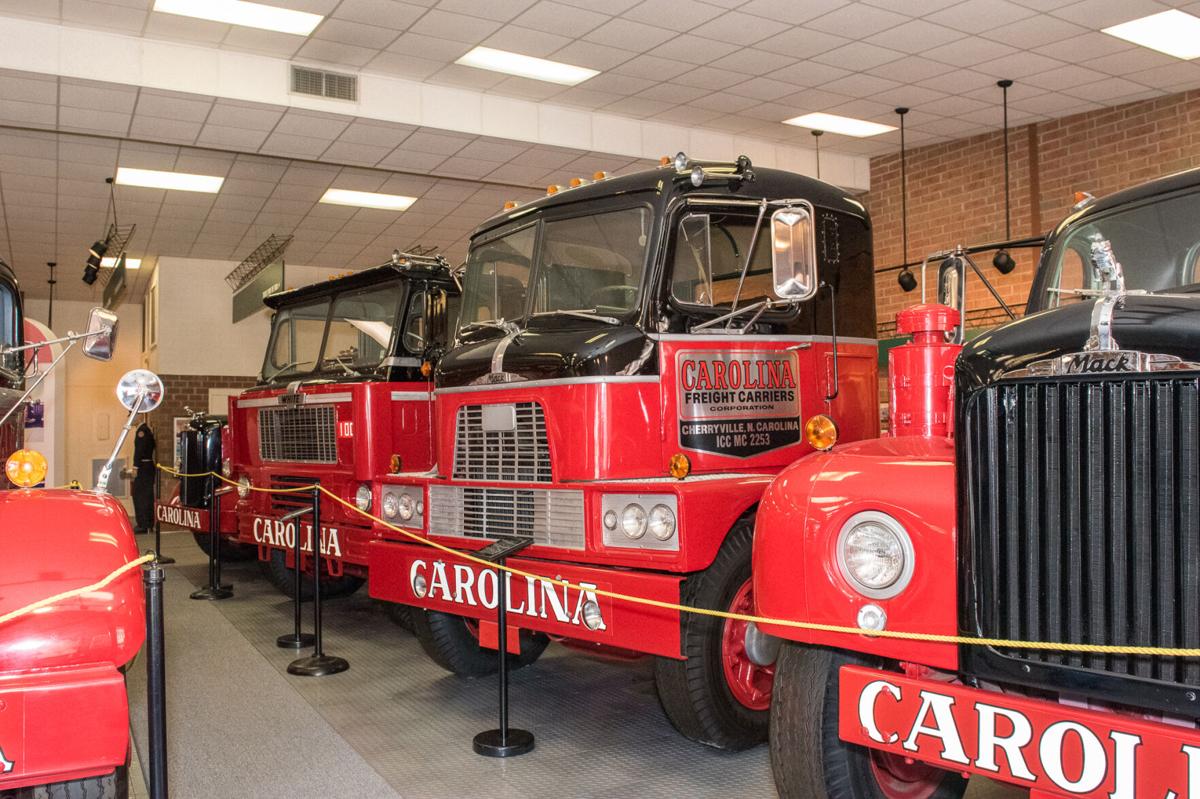 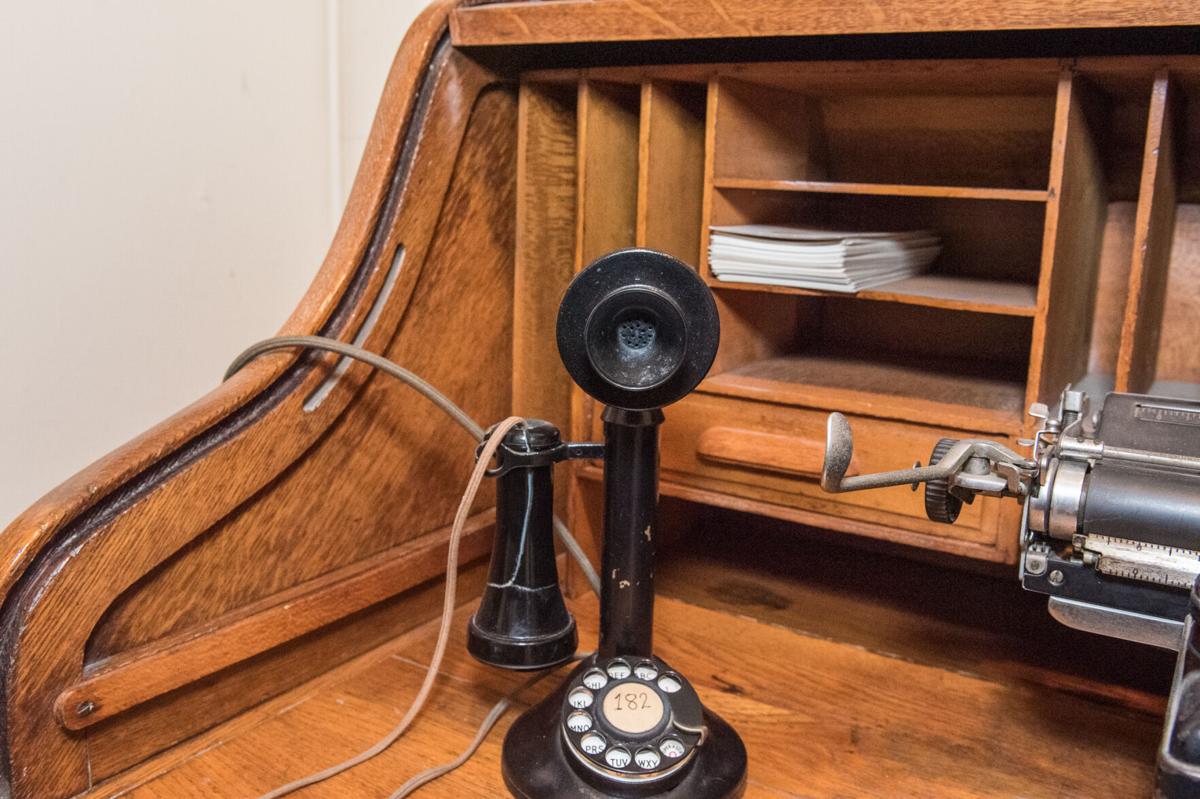 It all started with a Lincoln County man who really wanted to be a farmer but had to reinvent himself during the Great Depression. It took a $500 truck purchased with borrowed money along with a dose of ingenuity, entrepreneurship and of course hard work to grow that one truck into a top national trucking company. At one time, Carolina Freight employed thousands of people living in Gaston, Lincoln and adjoining counties. Carolina Freight and its founder C. Grier Beam are long gone, but the legacy that Beam created is being preserved at the C. Grier Beam Truck Museum in downtown Cherryville.

The nonprofit museum, opened in 1982, is housed in the original gas station that Beam’s brother operated and is managed by co-directors, Stan and Kathy Bumgarner. The museum had to be shut down due to COVID but has reopened with a limited schedule.

Prior to the Great Depression, Beam went to college two years at Weaver College (now Brevard College) and two years at North Carolina State University. He was working on a poultry farm in Florida when the depression hit. Found himself out of work and returned to Lincolnton.

“A Lincolnton car salesman sold him a one-and-a-half-ton Chevrolet,” Stan Bumgarner said. “He talked his dad into loaning him the money. During the Great Depression, $500 was a lot of money. The first job that Mr. Beam got was hauling coal for Lincoln County Schools.”

A replica of that very truck is on display at the museum. Beam grew his business by carrying whatever he could get paid for carrying in that truck.

In the museum, there’s a room that’s set up as Beam’s office would have been back when he worked out of the gas station. His typewriter is there as well as his telephone.

“A lot of people want to know about the red trucks,” Bumgarner said. “They’re not just any color red. They’re the actual patented color of Wolfpack (North Carolina State University) red. He got permission from NC State to paint the trucks that color. He was an avid Wolfpack fan.”

Beam was a small man, but one of the former trucker drivers stopped in to visit and told Bumgarner that he was “one of the biggest, little men he’d met his whole life.”

The next room, which was formerly the service bay area of the gas station, contains a timeline of Carolina Freight. The trucks are contained in the third room.

Beam was ultimately able to become a farmer and owned a large farm with cattle, horses and chickens. He passed away in 1992.

“Carolina Freight meant an awful lot to Cherryville,” Bumgarner said. “To build that kind of an empire in the middle of the Great Depression was accomplishment. A lot of people don’t realize just how big Carolina Freight was. They had 10,500 employees in their last year. They had more than 13,000 trailers and more than 400 tractors at that time. This is not even counting the box or straight trucks they had.”

Every year, except for last year due to COVID, the museum holds an employee reunion.

The C. Grier Beam Truck Museum is located at 111 North Mountain Street in Cherryville. It’s currently open Thursday, Friday and Saturday from 10 a.m. to 3 p.m. or by appointment. For more information, call (704)435-3072.