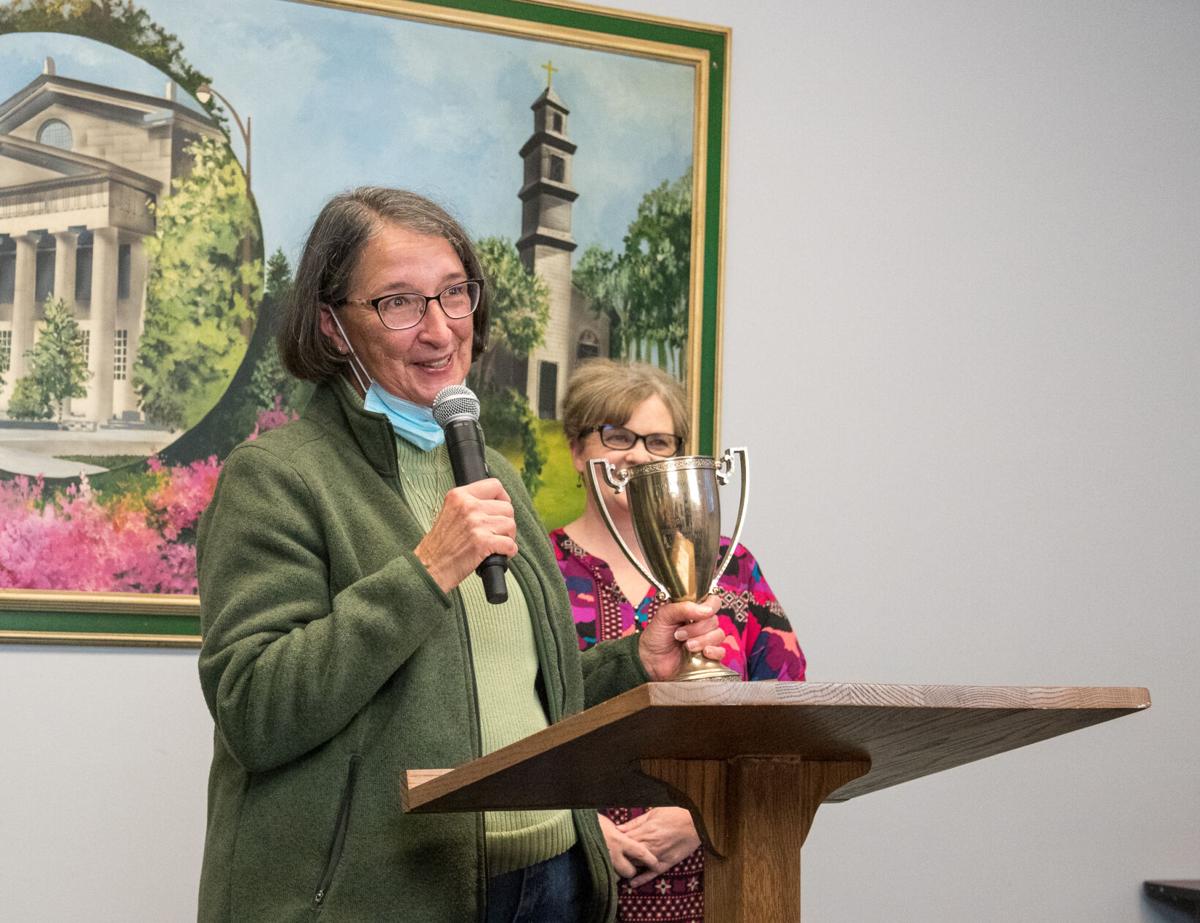 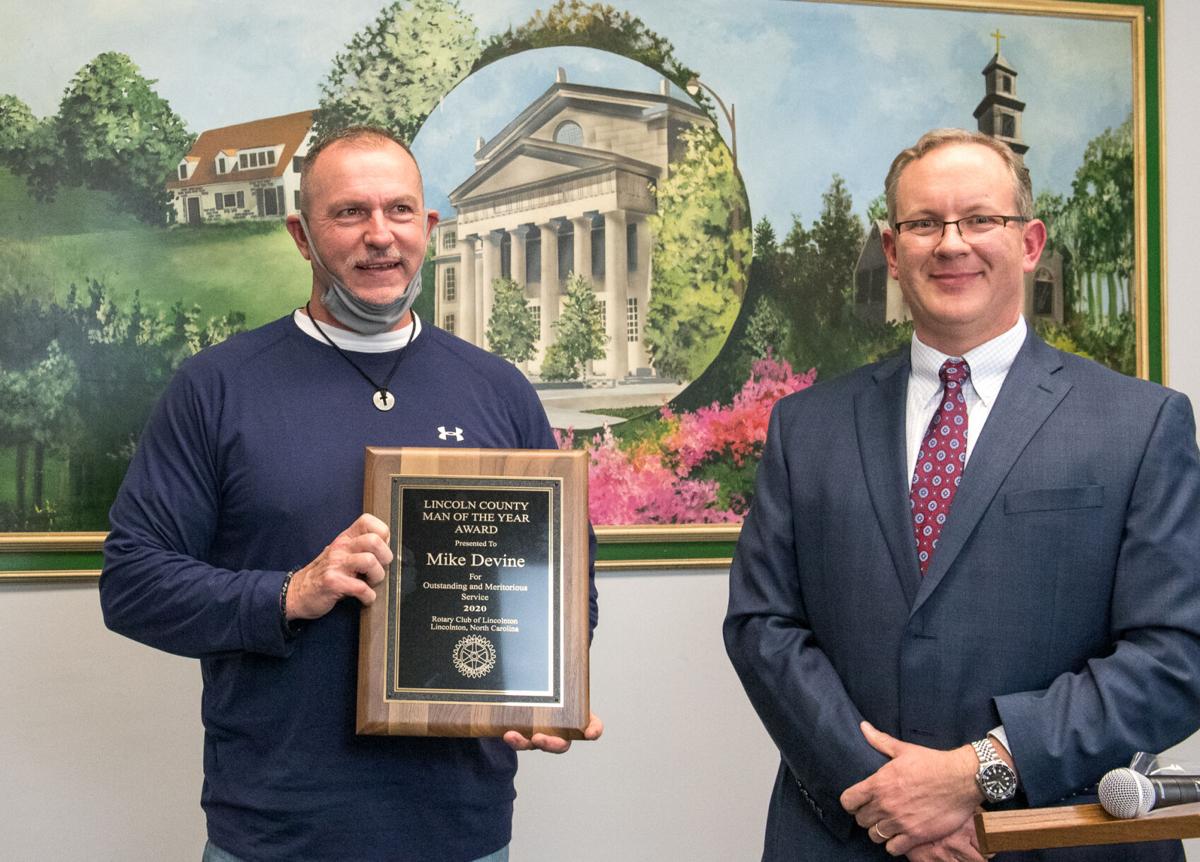 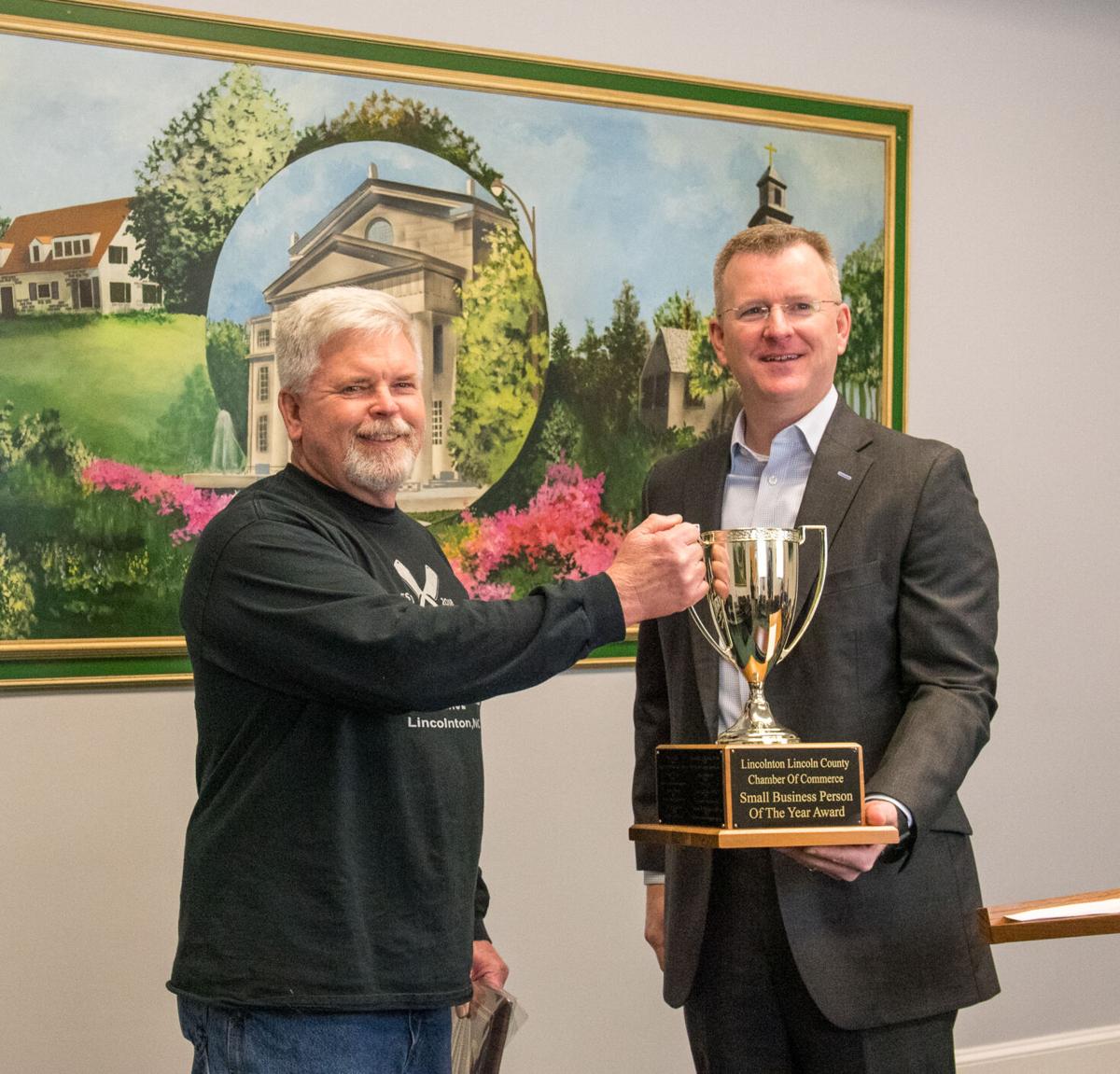 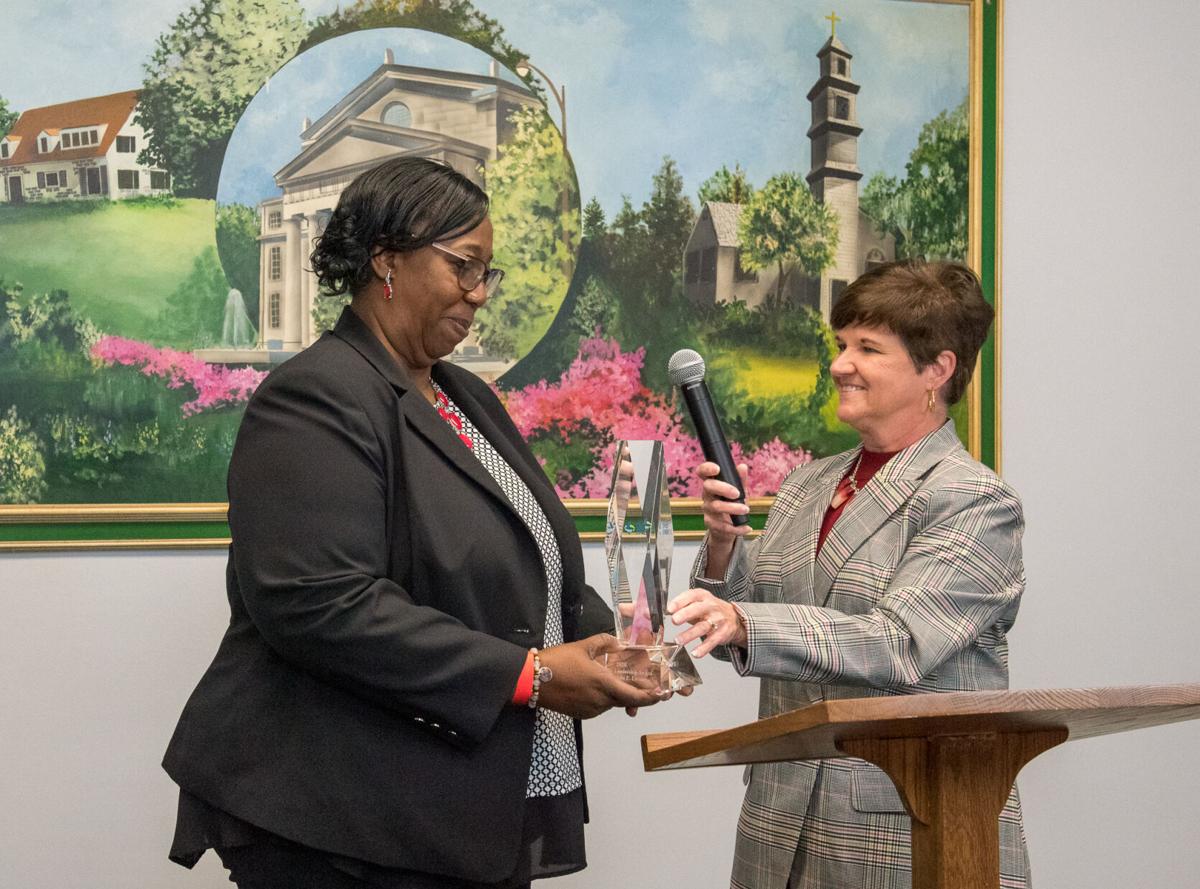 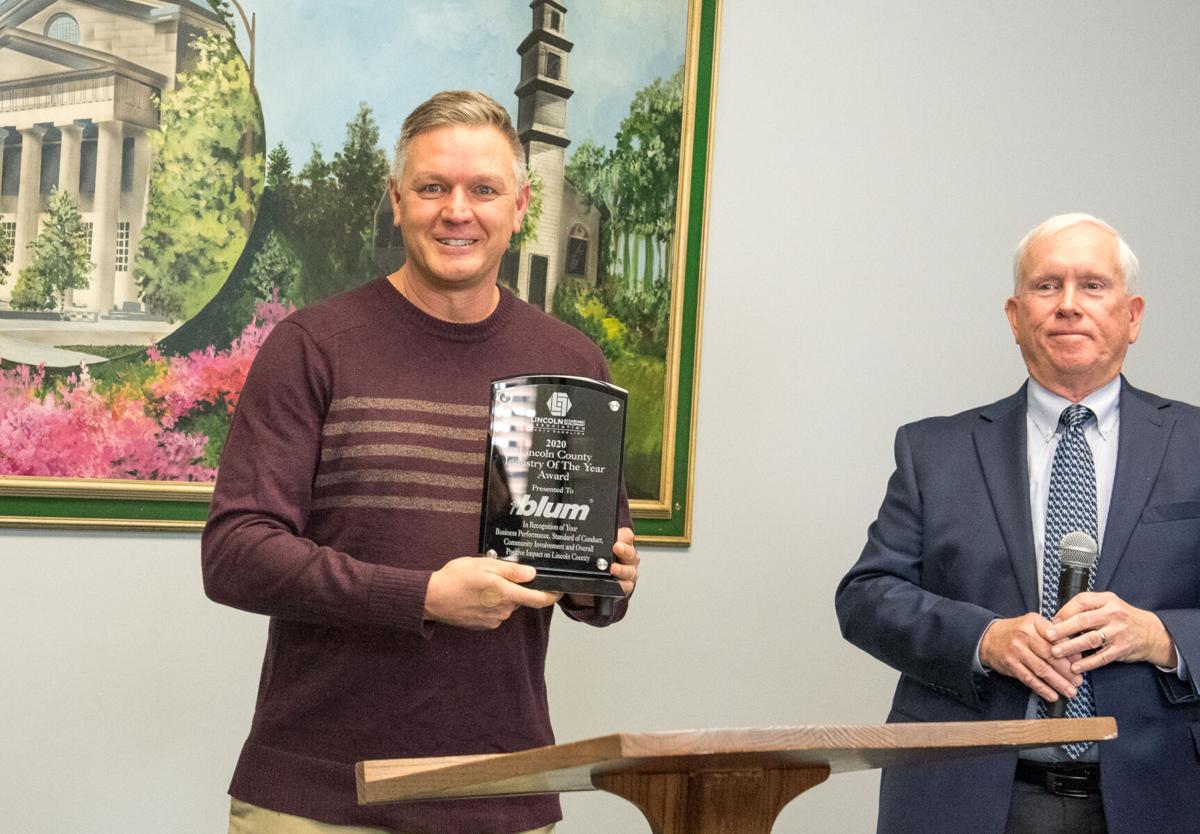 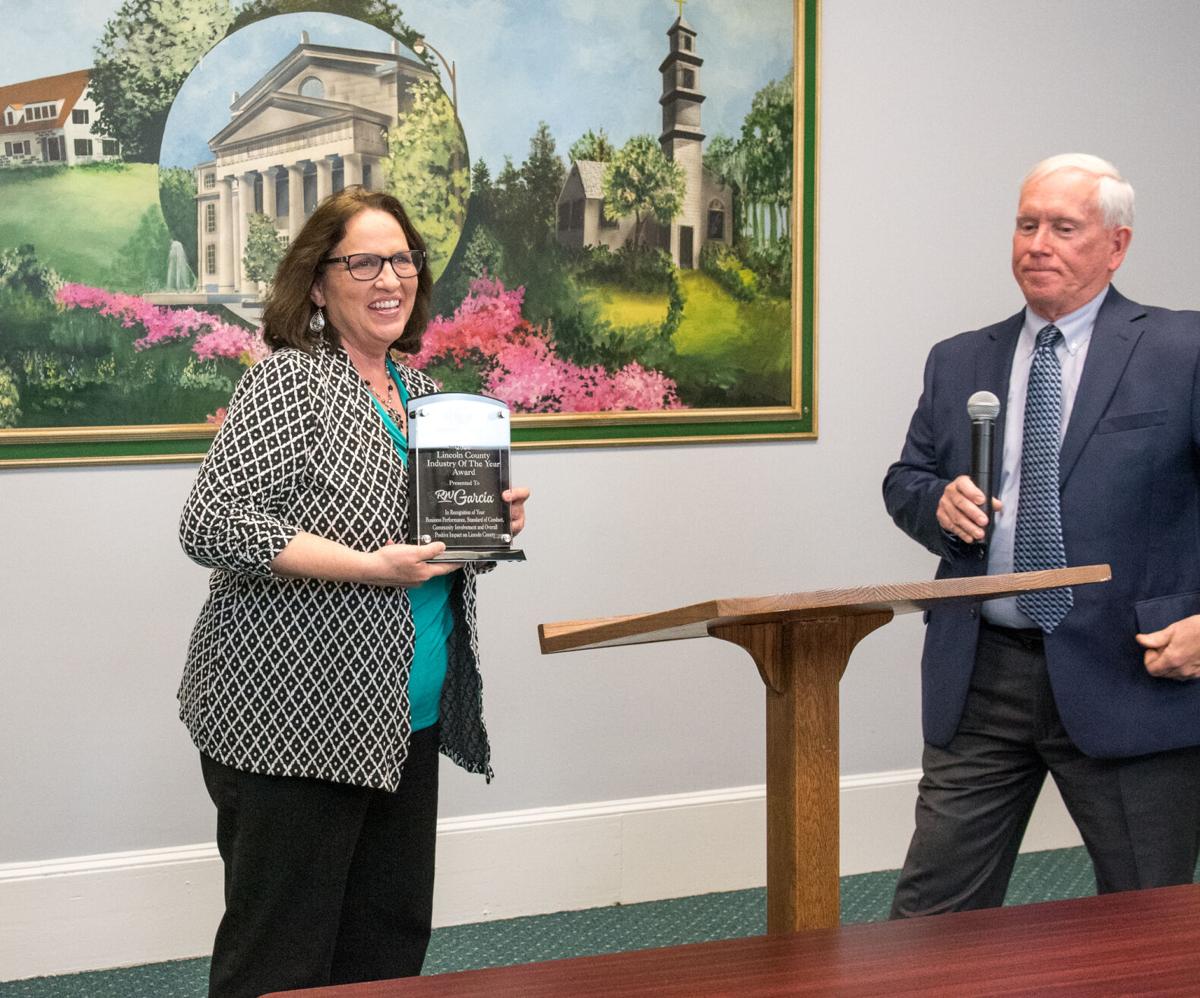 In past years, the Lincolnton-Lincoln County Chamber of Commerce has held a well-attended banquet to honor community members, businesses and industries with their “of the year” awards. This year, COVID prevented an in-person banquet. Instead, the awards were recorded and shown virtually Thursday evening.

Even with five years of organizing the chamber banquet under her belt, COVID presented several roadblocks to organizer Tracy Barger.

“We weren’t even sure we were going to be able to have it,” she said. “We tried to have it at a public venue, but obviously with the restrictions, we couldn’t. We decided to partner with Decovents and RYGID AV to do a virtual event.”

This year’s Woman of the Year is Erma Deen Hoyle. The award was given out by the 2019 woman of the year, Audra Ellis. This award is given to a Lincoln County woman who exhibits service to their community, career, family, volunteer organization and church. This year, Ellis said, many nominations were received by the Business and Professional Women Organization of Lincolnton, but one woman stood out.

Hoyle is a lifelong resident of Lincoln County and comes from the western side of the county. She retired in 2015 from Lincoln County and instead of going into retirement, she continued to serve others. Born on a dairy farm in western Lincoln County, Hoyle was active in 4-H and church. She graduated from West Lincoln High School and then went on to the University of North Carolina Chapel Hill to study recreational administration. She worked as a program coordinator and then took over the directorship of the Lincolnton/Lincoln County recreational department when Betty Ross, the first director, retired. When the county and city split their recreational departments, Hoyle stayed with the county until her retirement. She has two daughters, Stephanie and Megan, and four grandchildren.

Hoyle was not told of this award before she received it. She came to the chamber offices Wednesday morning thinking she was going to be working on a rotary project.

“I’m certainly humbled,” she said when she received the award. “Know that everything that I did was always as part of a group. It’s been my honor to give back to my community.”

Mike Devine, the pastor of Covenant Church in Lincolnton was awarded the 2020 Man of the Year award. He too had no idea he was receiving the award which was given by Lincolnton Rotary President Cliff Brumfield. The propose of this award is to honor an outstanding man living in Lincoln County who has contributed to the community through outstanding leadership, personal example, character and dedication. This award is only given one time per person and is kept confidential throughout the process.

“Let me tell you a little about this recipient,” Brumfield said. “He is someone who is said to have been strongly supported at a young age by our community. This gentleman has taken that energy throughout his life to give back so much more in so many ways.”

Devine serves as chaplain and assistant coach for football and softball in Lincolnton High School. He mentors youth, adults and couples who are facing so many challenges these days. He started a backpack program at Covenant Church and devoted many hours through the prison ministry and helping the homeless.

“One person wrote that it didn’t matter what your race is, your social or economic status is, or background, he’s there to listen, counsel and help,” Brumfield said.

Even though his family was hiding in the back of the chamber offices, Devine was both surprised and emotional when he stepped up to receive this coveted award.

“You got me,” he said. “I’m grateful. A lot of people poured into my life in Lincoln County. The opportunity to give back has been a privilege for me. I’m usually not at a loss for words. I’m privileged to even be considered for such a thing. To be named is beyond my imagination.”

The 2020 Small Business Person of the Year Award was given to Mark Ingle who owns the Meating Place in Lincolnton. Chris Rhyne presented the award.

“This year’s winner actually owns two businesses in Lincoln County,” he said. “The first has been serving residents in the community for over 35 years. The second business opened in Lincolnton in May of 2018 with three employees and growing more than 11 this past year. As COVID-19 presented many challenges to small businesses this year, this business owner continued to thrive with implementing masking and social distancing to keep his employees and clients safe.”

It’s been said, Rhyne added, that small businesses gained confidence through Ingle’s work and opened their own small businesses in the area. Ingle has also given to many nonprofit organizations in Lincoln County and serves as deacon and elder at his church.

“I appreciate the chamber, my wife and employees,” Ingle said. “Lincoln County’s got a lot of good people to work for you. I appreciate all the people in town who have supported us. The Meating Place has thrived from this support.

The Duke Energy Citizenship and Service Award was given posthumously to Bishop Franklin Lowery by Robin Nichols, the government and community relations district manager from Duke. Lowery passed away unexpectedly on Aug. 3, 2020. This award is given to individuals and groups who make a difference in their communities or places of work.

“Some of the traits that you see of the recipients of this award are integrity, stewardship, responsibility, teamwork, accountability and this is true of this year’s recipient,” Nichols said. “This individual, whom I had the pleasure of meeting years ago, and I still distinctly remember that meeting because he so impressed me with his genuine caring and compassion for those he was working with. Especially the youth of the county. The youth he has worked with have turned into responsible and productive citizens and been able to give back to our county as well.”

The Industry of the Year Award was presented to two different companies this year, Blum, Inc. and RW Garcia.