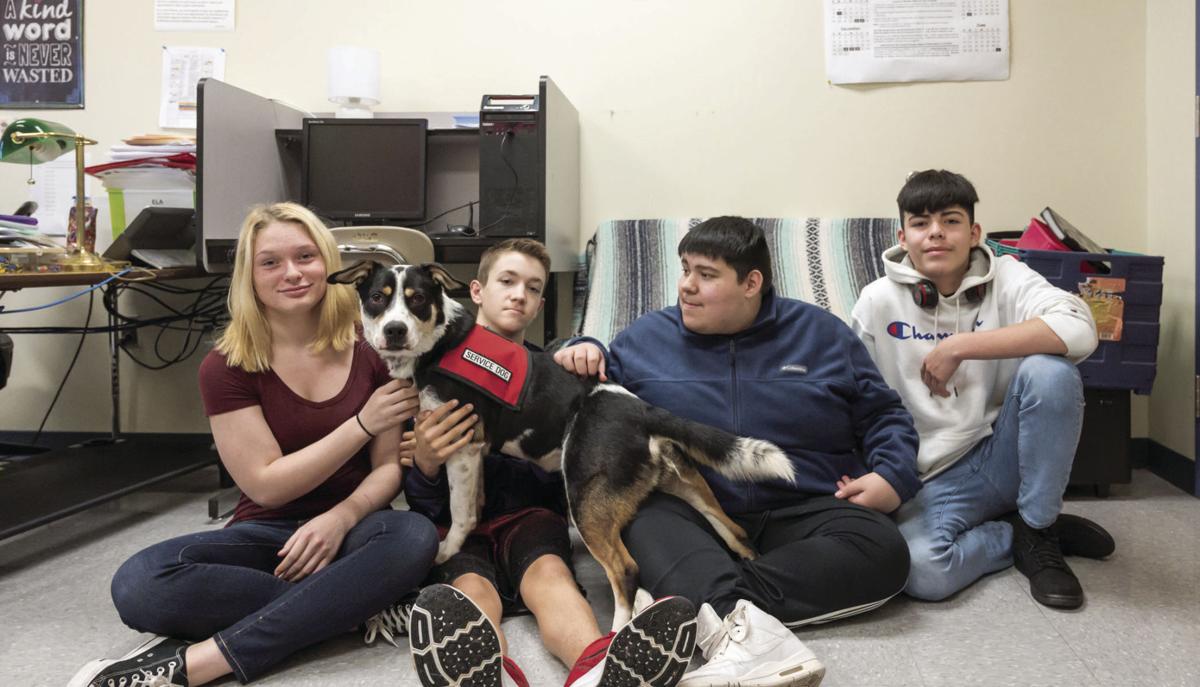 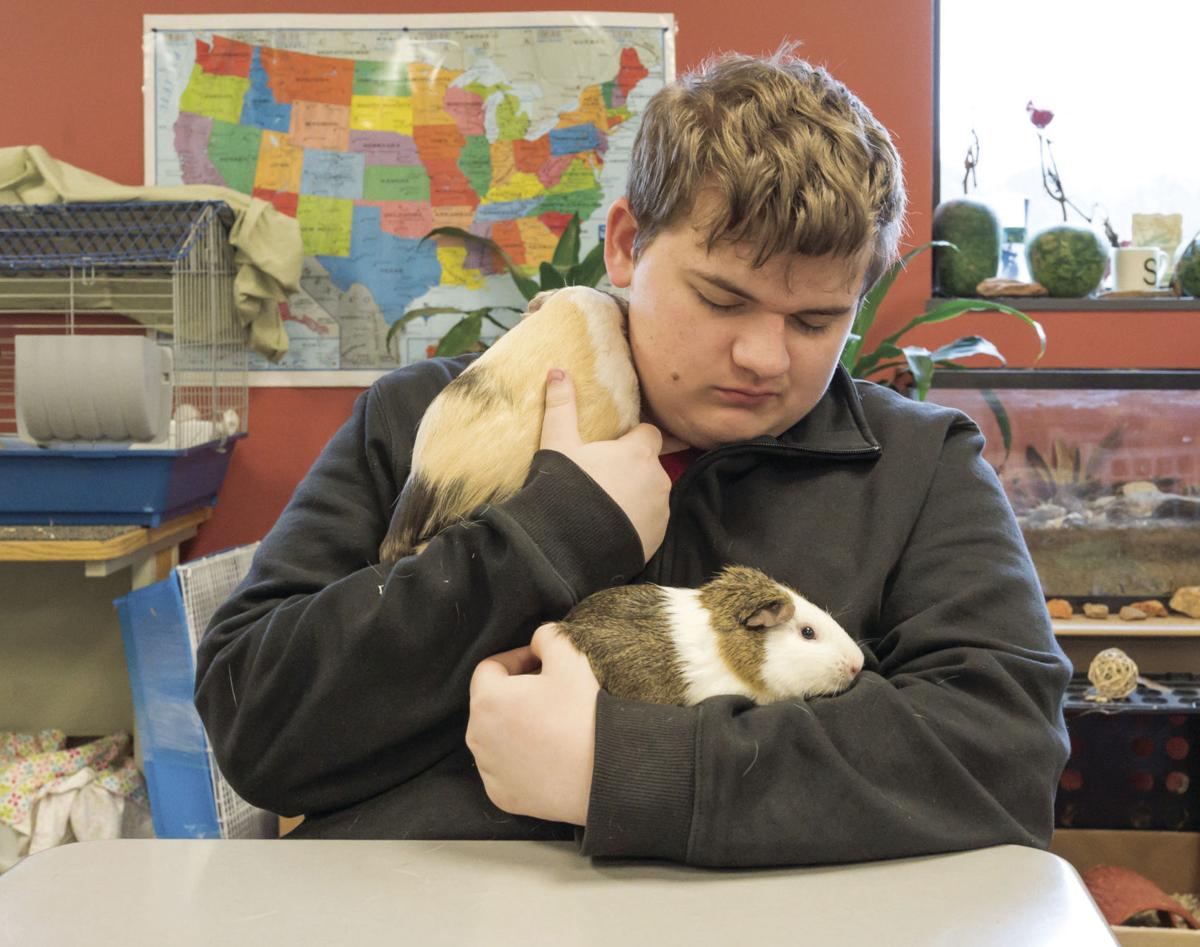 When students who attend Asbury Academy returned to school after the winter break, they were greeted by a rather unconventional staff member. Gus, a short-haired, tri-color service dog with a grin as broad as his head was on hand to welcome them back.

Dr. Beth Penley, Asbury’s principal, was approached at the beginning of the school year by Partners Behavioral Health Management about a grant program to purchase service dogs for alternative schools. Penley, a dog owner herself, jumped on it.

Through a similar grant program, Partners was able to purchase Jake, a therapy dog for Iredell Statesville Schools, in 2018. Jake was so successful, Partners wrote another grant.

“The grant was specifically for alternative schools and therapy dogs,” she said. “We were chosen as part of that grant.”

Asbury’s dog, Gus, is the sole property of Asbury Academy and is at the school, under the guidance of his handler, Kait Loomis, every day that Asbury is in session.

On Wednesday, Loomis had Gus in her classroom with four middle school students going over assignments. As they worked, Gus went between the four students for pets or asking them to play tug with one of his toys. Because Loomis is an exceptional children instructor, she’s able to expose most the students at the academy to Gus throughout the day. Gus is the first thing that all of the students see each morning and accompanies them as they leave at the end of the day.

“I have dogs myself,” said Asbury student Bryan Echeverria as he played with Gus. “They motivate me to do stuff and help me do my homework. They calm me. At school, Gus comes to me if I’m getting frustrated or irritated or anxious.”

That’s one of Gus’s duties – to help calm the students. He’s also an incentive. Different students at the school are able to earn the “gift” of being able to walk Gus either outside for bathroom breaks or in the hallway.

Gus, who is about a year old, was trained by Andy Hanellin at Dogs by Andy in Mooresville. Like the children he helps at Asbury, Gus is getting a second chance as a therapy dog. He came from a shelter where he was at risk of being euthanized.

“I was really scared that he was going to be a distraction, but so far, no,” Loomis said. “He can sense when the kids need comfort. Petting a dog will lower your blood pressure. They’re good for you.”

Gus joins a menagerie of critters at Asbury. There’s a flock of chickens that were raised from chicks, four guinea pigs and a rabbit that reside in the science classroom. Many of the students enjoy holding the guinea pigs as they sit in the classroom.

“Tail Waggin’ Tutors is one of our partners and they have been coming for about three years now,” Penley said. “They come every Thursday to do reading with our students. It’s a way to get, especially those nonverbal kids, more confident. Then there’s the social and emotional benefits. For a lot of these kids, this is the safest eight hours in a day for them. Gus is a piece of that and adds another layer of emotional support – he’s a routine and a pattern.”

Gus is a service dog and has a job to do, but it’s something that he obviously enjoys. Loomis shared that when they get closer to the school in the morning, he starts whining and when it’s time to greet the students when they come in for the day, he barks as he walks down the hall to the entryway.