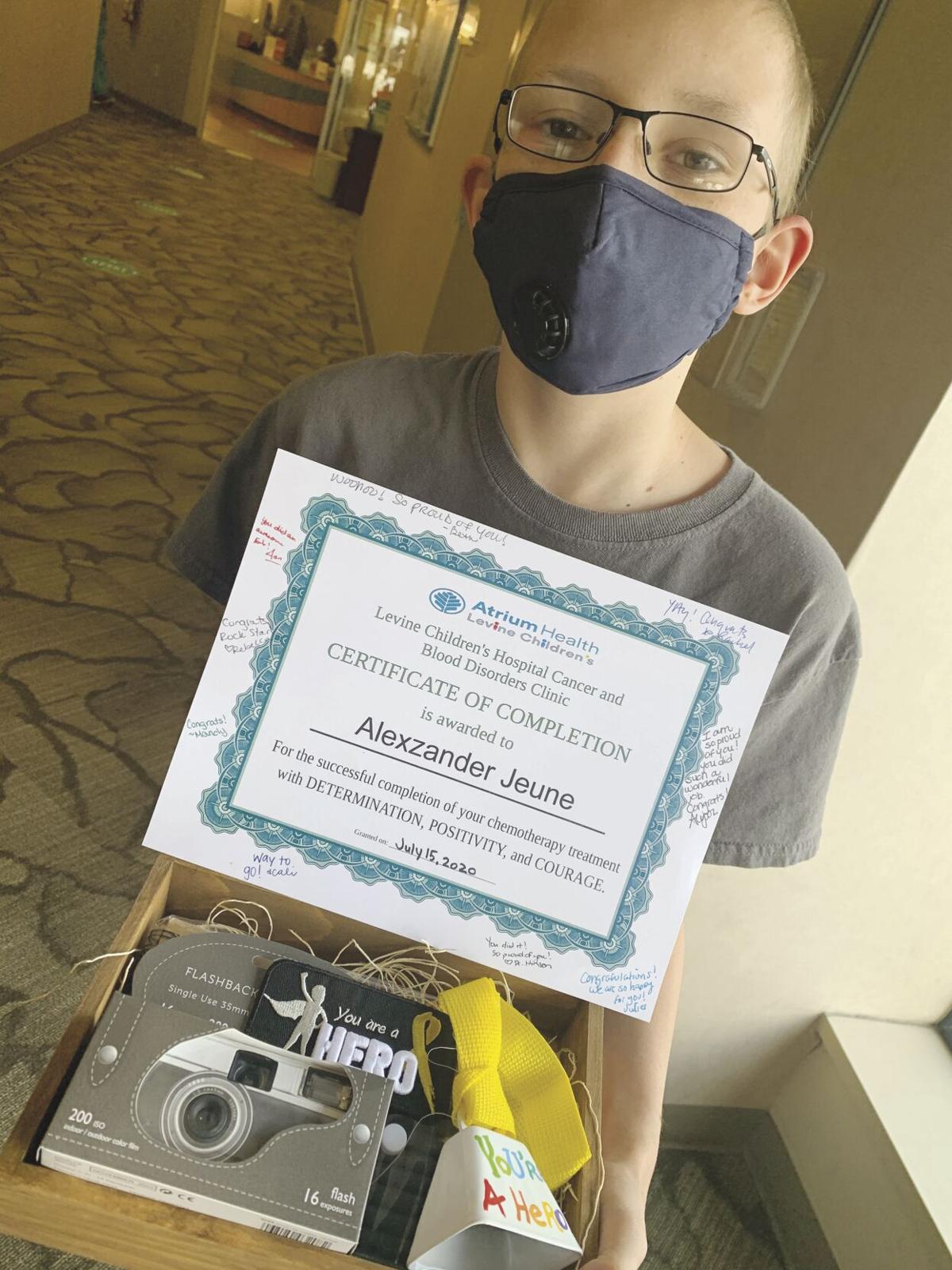 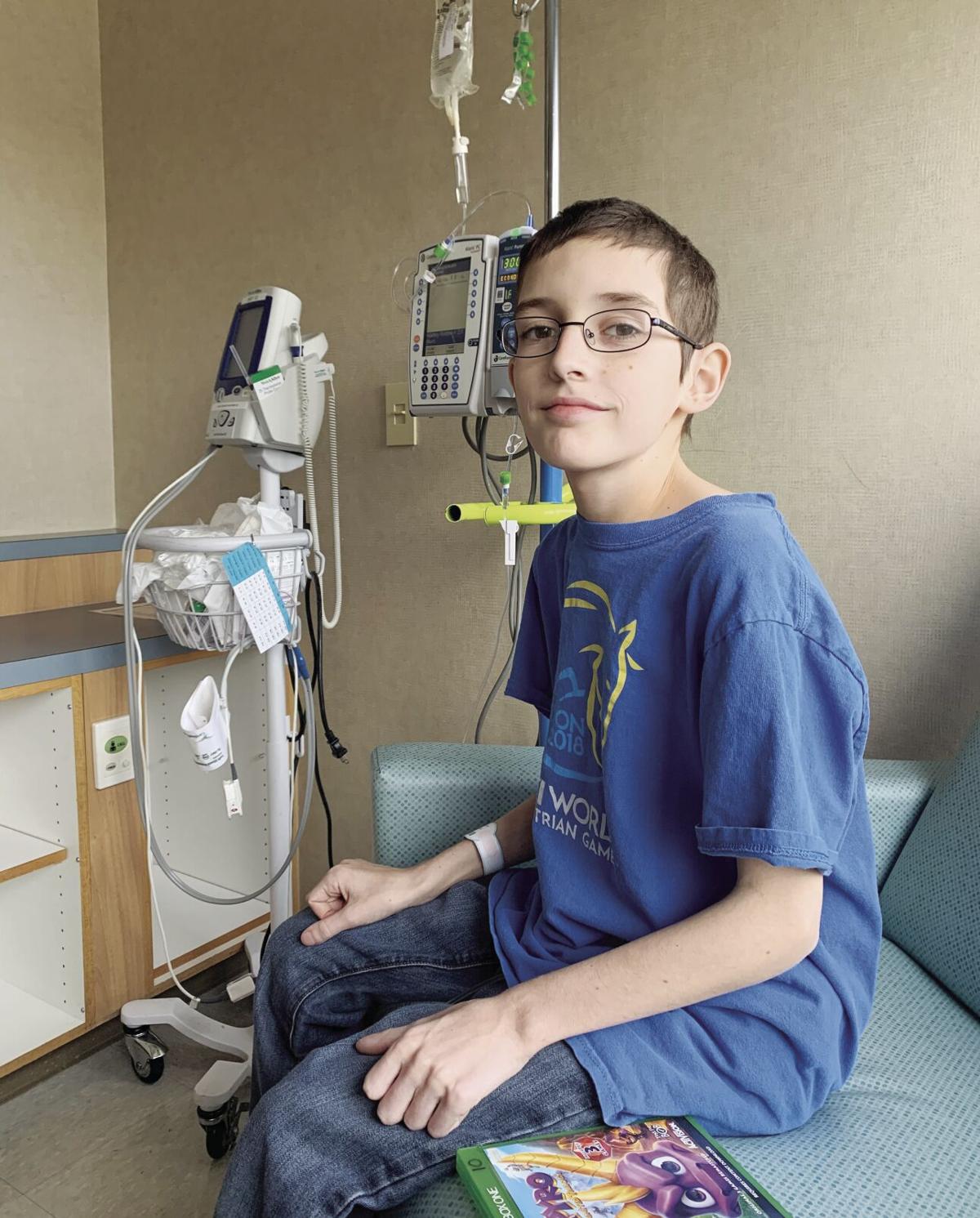 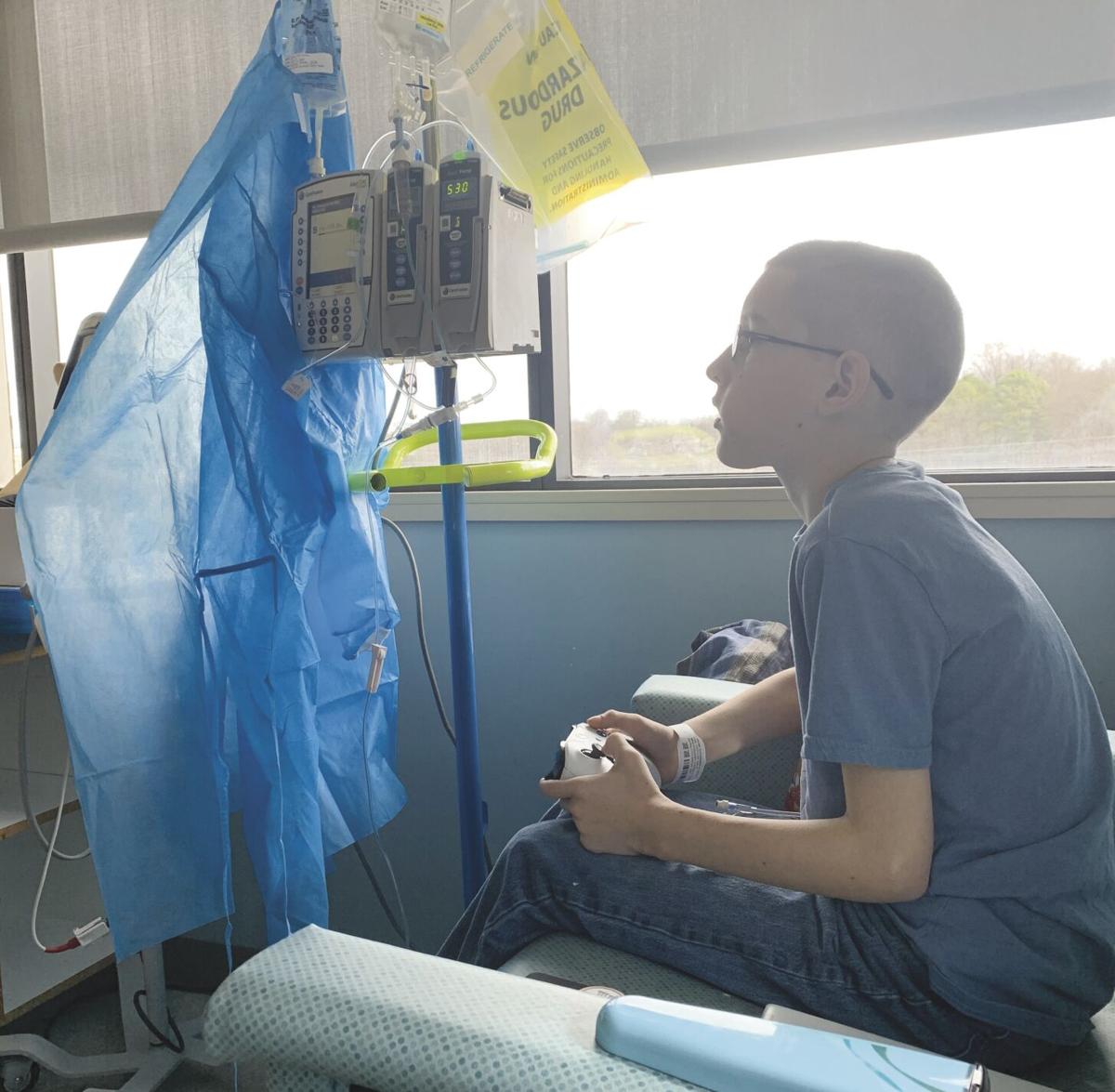 At 12, Alex Jeune should have been out playing baseball with his fellow teammates, building Legos, or playing video games. Instead, he spent much of his 12th year being treated for Hodgkin’s Lymphoma.

The first symptom was that Alex was severely anemic and was put on iron supplements. During that time, he developed significant GI bleed and started to lose weight.

“At first it wasn’t a big concern,” said Alex’s mother Ashley Jeune who is a paramedic with Lincoln County Emergency Medical Services. “Then I went and got him from school on November 13 because he was having a lot of diarrhea. I didn’t know if it was from his iron pills or not, so I took him to his primary doctor. By then he’d lost 13 pounds.”

A slight child already, 13 pounds was a good bit of weight loss for Alex, so he was admitted to Levine Children’s Hospital to see a GI specialist.

“The doctor already had a plan laid out and we didn’t think it was anything too serious,” Ashley Jeune said. “Then the colonoscopy came back clear. They did a CT the following day and that’s when they found the cancer in his abdomen. They also did a scan of his neck and chest and found it there as well. We spent the next two weeks in the hospital, and he had biopsies done. He was classified as Stage 3B. It was a terrifying experience. I had just started working at Lincoln County. They were wonderful and worked with us.”

The only thing that kept Alex from Stage 4 was that it wasn’t in his bone marrow at that point, Jeune added. His condition may have gone undiagnosed longer if it had not been for one of Alex’s teachers who made him call his mother the day he was sick. Alex was just going tough it out for the rest of the day.

Alex started his first chemo treatment right after Christmas 2019 which continued for the next seven months. There were a lot of hospital stays and illnesses along the way. His last treatment was on June 13, 2020. On July 15, 2020, the Jeune family received the news that Alex was officially in remission.

“We made a cover to go over his port and he was still able to play baseball as long as he was feeling okay,” she said.

Alex has gone from 56 pounds to 89 pounds. He’s still playing baseball, video games and building Legos. With both Hodgkin’s and Nom Hodgkin’s Lymphomas, there’s a risk of recurrence so Alex needs to be watched carefully.

Lincoln County has joined with Gaston County for this year’s Relay for Life event which will be held Saturday, July 24 at Gaston College in Dallas. Opening ceremonies are at 6 p.m. with survivor lap and recognition. There will be Entertainment with local performers and speakers, Just Jeepin' Around Jeep Show, a Motorcycle BUG Run, food and luminaries. For more information or to donate to Relay, visit http://www.relayforlife.org/lincolntonnc