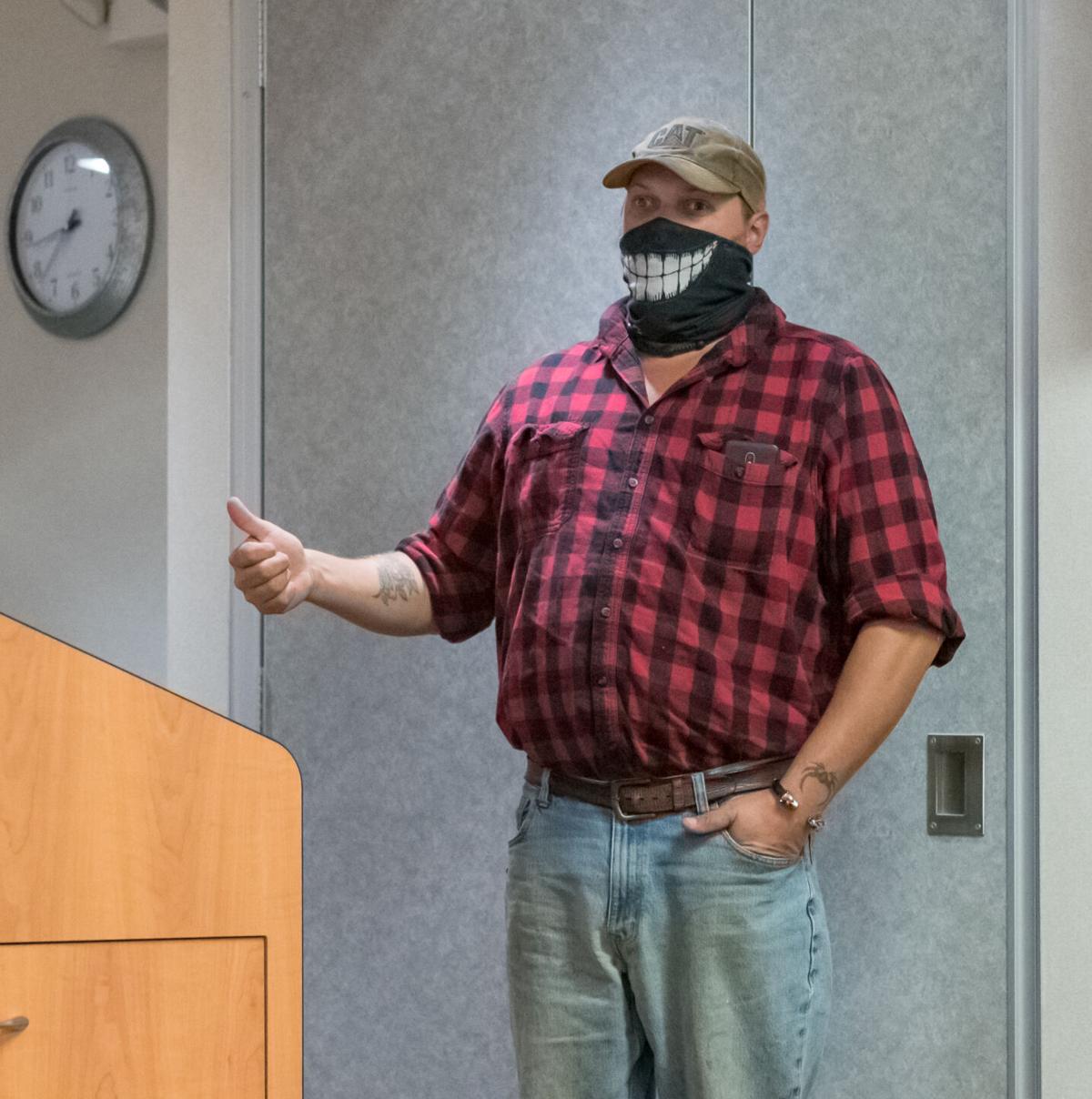 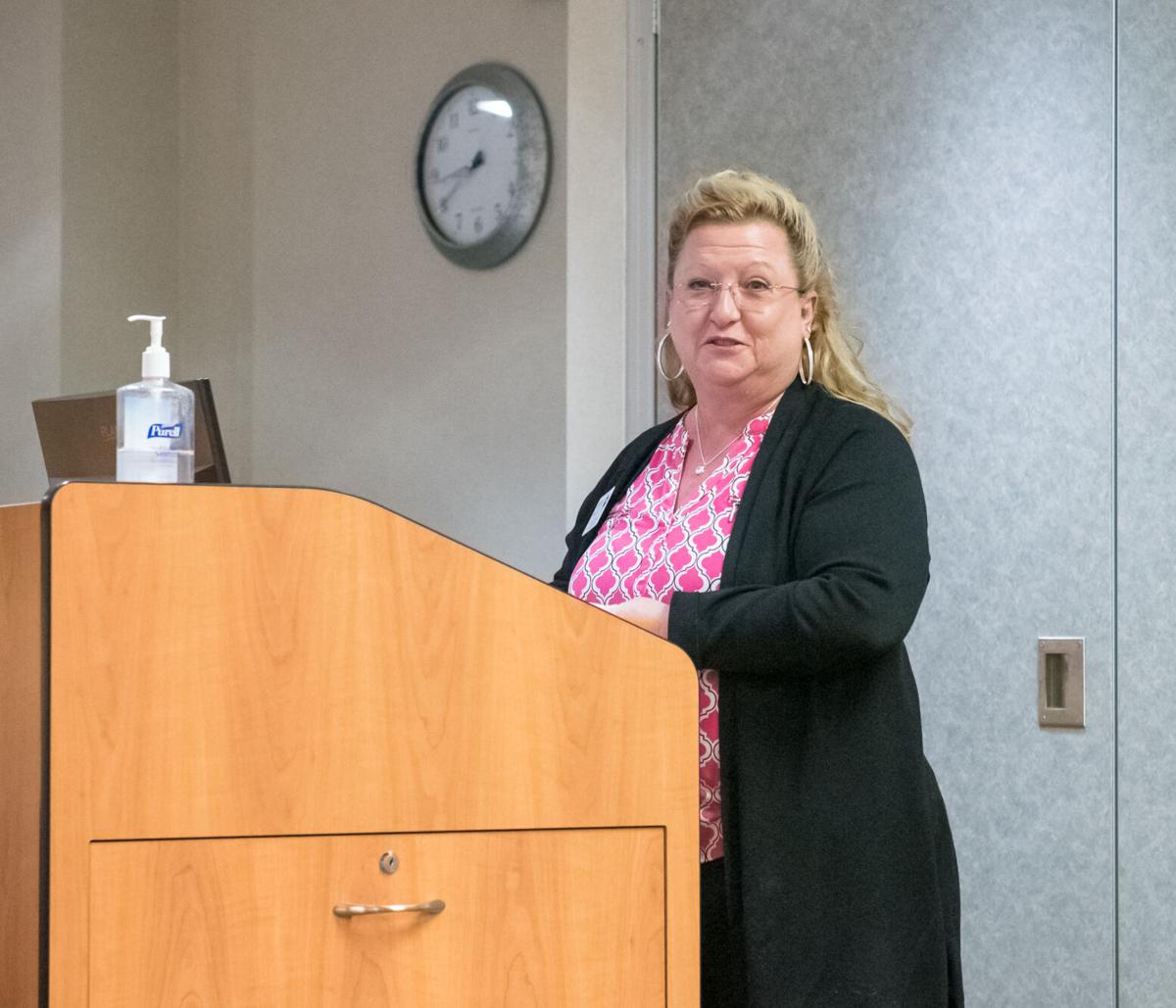 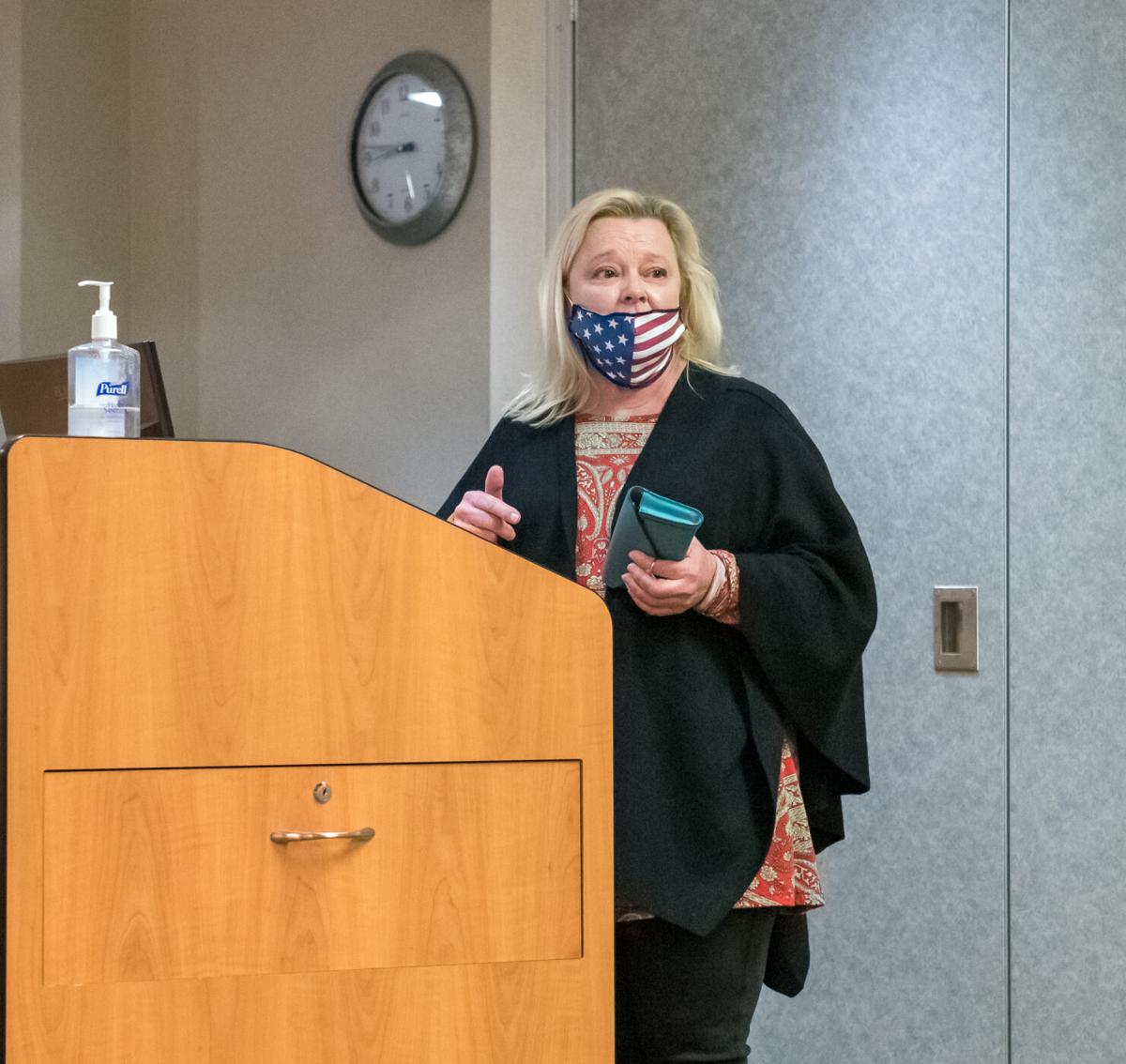 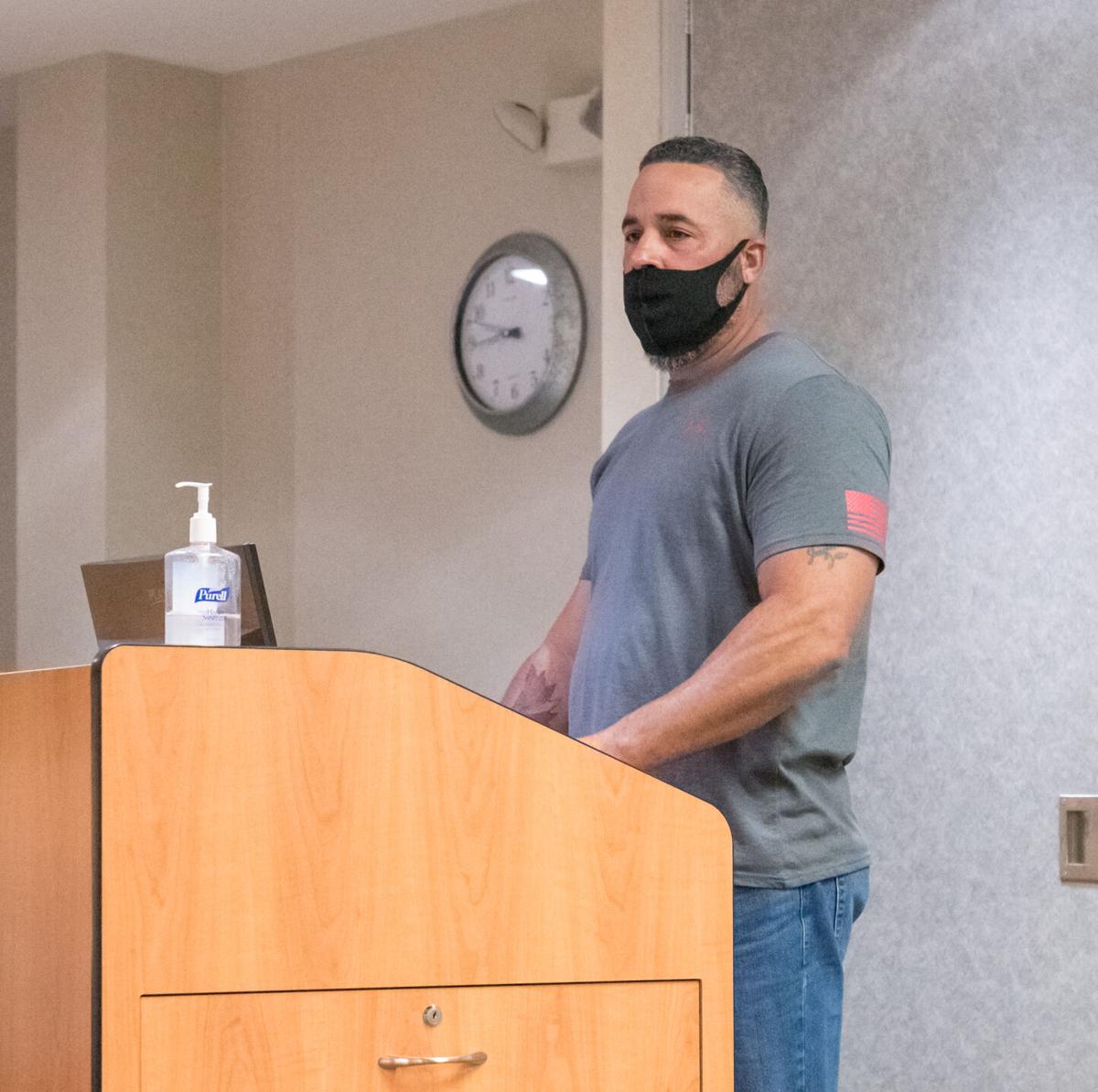 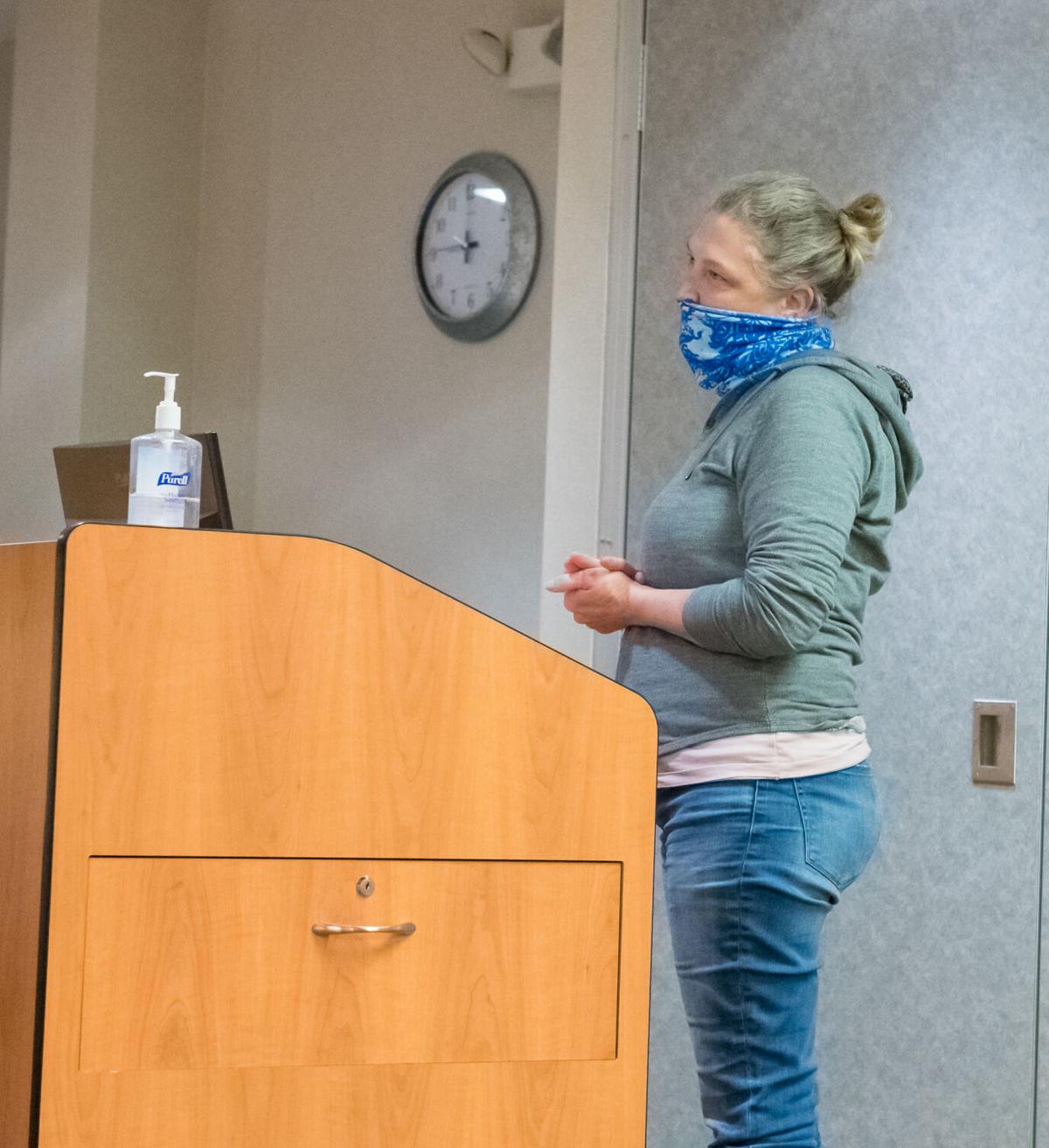 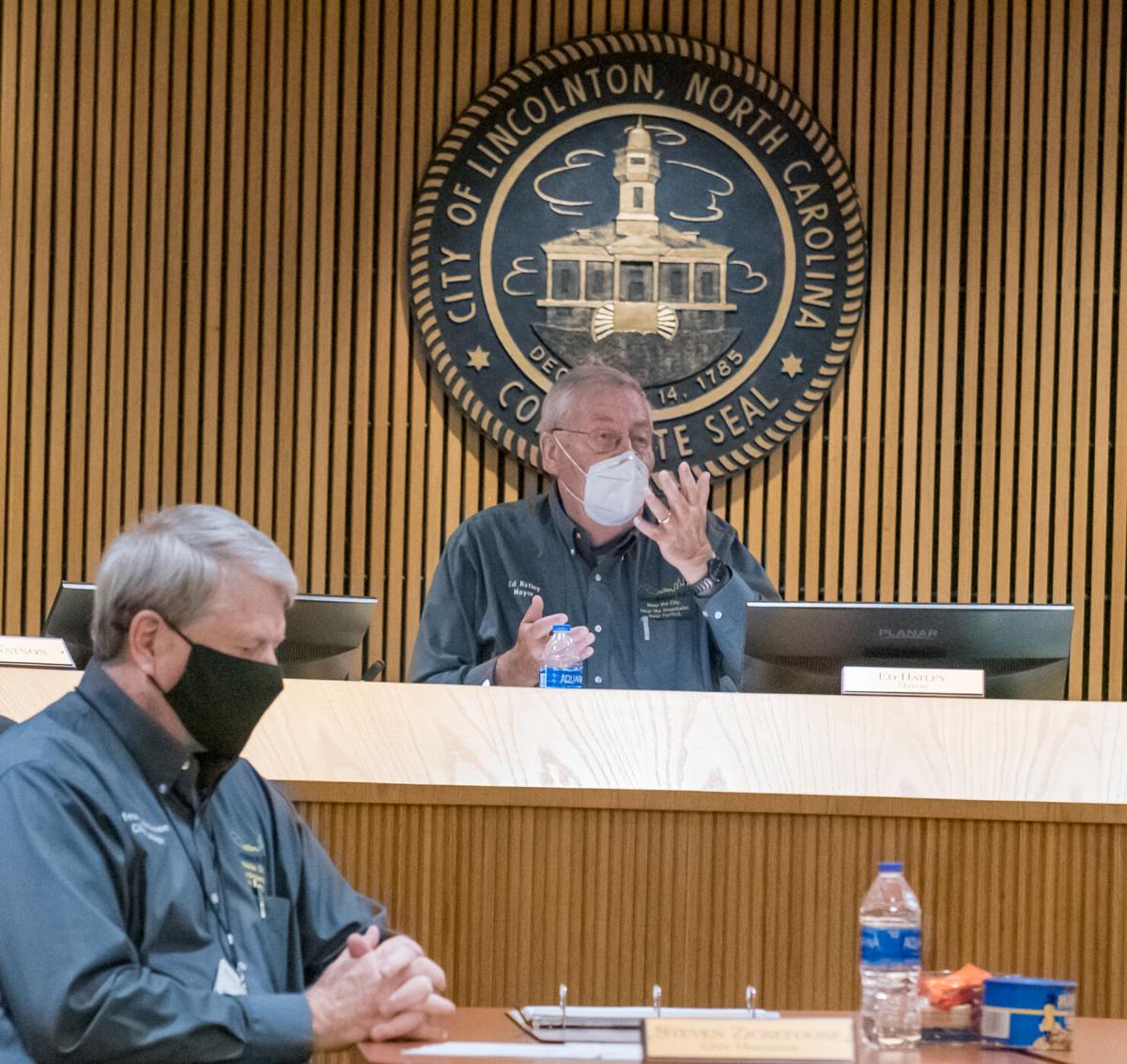 At their regular meeting held Thursday evening, Lincolnton City Council set aside a citizens’ forum to discuss what actions could be taken to help reduce the numbers of positive COVID cases that have been occurring within the Lincolnton city limits.

“That’s the main thing that I want everyone to keep in mind,” he said prior to public comment. “We’ve met with the Chamber of Commerce, our DDA, downtown merchants. It is not the intent of the city council to have a preconceived notion on what to do. What we’re looking for is ‘how would you, as a citizen, solve the problem?’ We’re open to suggestions. We don’t have the answers. We don’t want to hurt business growth. We need to do something to help our citizens.”

The concept of wearing a mask or not has become akin to a two headed snake that’s constantly battling itself. There are people who believe that masks should be worn by everyone when they’re in a public place. There’s an equal number of people who believe that to be forced to wear a mask is a violation of their freedoms. This conviction extends to the idea that wearing a mask doesn’t work.

The problem with statistics and studies is that, especially in this day and age of easy Internet access, if an individual searches hard enough or in the right place, he or she can find information that supports whatever belief they may have. The rationale for mask wearing has always been not to protect the wearer from COVID, but to protect others should an individual be infected with coronavirus and be asymptomatic. There’s a massive disconnect there in that it isn’t about an individual person’s rights or freedoms, but about looking after others – as the mayor and members of the Lincolnton City Council are trying to do.

While Lincoln County may not be enforcing the wearing of masks, with all of the press releases containing COVID numbers, the Lincoln County Health Department suggests that people “wear a cloth face covering, wait in lines six feet apart, and wash your hands often.” These “three Ws” are also suggested by the CDC to slow the spread of COVID.

In order to attend the meeting Thursday night, face coverings were mandatory, as they have been for every city council meeting that’s been held since a mask mandate was put in place by N.C. Gov. Roy Cooper. Several Lincolnton police officers were at the door enforcing the wearing masks and limiting the number of people who were in the building. Those attending wore their masks, some correctly, some wore them under their noses.

Candee Masters, the owner of an art studio in town, was the first to speak. She asked to remove her mask to speak, but that request was denied. She came to the meeting because she had heard that businesses would be fined if they didn’t comply with the mask mandate.

The next two individuals who signed up to speak were from the pro-mask camp. Trent Mason had a suggestion – education. Unfortunately, it seems no matter how much education has been spread by the city, the county and the state, the divide remains.

“I think right now, one of the things that we can all agree upon and what really hurts is that downtown’s Santa Claus (James Helms) is in the hospital with COVID on a ventilator,” Mason said. “That’s not political, that’s a man who was here for everybody in this community. We have to do better. I don’t care if you’re a business that’s full against it – what does it hurt to do a little something? Something is better than nothing.”

Fred Rose, a concerned citizen spoke next saying that the county commissioners, sheriff’s office, governor’s office and business owners weren’t doing anything about COVID wondering when we were going to come together as a nation and help one another out instead of being so divided.

“On September 11 we rallied together to fight a common enemy, yet we can’t rally together to fight an invisible virus and all we’ve got to do is wear a mask,” he said. “It’s a government madidate. All you’ve got to do is ask people to wear a mask. I can go in a store and wear a mask. It’s not that hard. If you’re going to fine people if that don’t, that’s okay with me. I want to protect my parents. I want to protect my boy.”

Commissioner Anita McCall, who was wearing a mask while she waited to speak, made it a point to dramatically remove it when she got up to speak saying she was the poster child for not wearing a mask because she was meeting the state’s guidelines because she has a lung condition.

“I try my best to comply because I want to comply,” she said. “People assume it’s a political issue. I can’t breathe.”

She agreed that education was the way to go to slow this because she was someone who would probably die from COVID if she got it. She said that it would open the city up to lawsuits if they demanded mask wearing.

Other business owners spoke saying that if the city were to enforce a mask mandate it would drive business away. One business owner, Marilyn Beal, the owner of Marilyn's Sweet Addictions, said that she was afraid that the city was going to put a mandate in.

“I came here to tell you that I will not police my customers,” she said. “All we’re going to do is send people to spend money somewhere else. We’re already suffering. We need the business. If you set up something that we have to police, I’ll shut my doors. You can’t put us in that position. You’re pitting the police against us.”

Alan Hoyle called COVID the “China Virus,” and that it was caused by sin. He asserted that masks don’t work and that’s been proven that people have passed out from wearing them.

“You all are in violation of the governor’s orders forcing us to wear masks,” he said.

A Lincolnton resident, said he came to Lincolnton to get away from the city that was “overrun by Democratic ideas.” He said that it was the right of individuals whether or not to wear a face covering and to require that people wear them was similar to what it’s like in a socialist or communistic country.

Several individuals wrote in to support a potential mask mandate, another business owner, Lincoln County Board of Education member, Mark Mullen, said it would hurt their business and that mask didn’t protect the wearer. Heather Rhyne, another board of education member, sent a letter similar to Mullen’s, according to Hatley.

A mask mandate has been in place in Lincolnton since the end of June. Councilmembers voted to require that facing coverings be worn by city employees when they are or may be within six feet of another person. In September, discussion was had regarding enforcement of COVID-19 mask wearing. Mayor Pro Tem Dr. Martin A. Eaddy wondered whether they should continue to try to enforce the mask mandate to protect Lincolnton citizens. There are no consequences if people don’t wear masks, thus Mayor Ed Hatley commented that it was difficult to enforce.

A special meeting was called the end of October to discuss the rising numbers of positive COVID cases occurring in the Lincolnton area. In that meeting, it was decided to discuss with members of the Downtown Development Association of Lincolnton, the Lincolnton-Lincoln County Chamber of Commerce and business owners about what steps could be taken to reduce the number of positive cases. The citizen’s forum was put on the agenda for Thursday’s meeting.