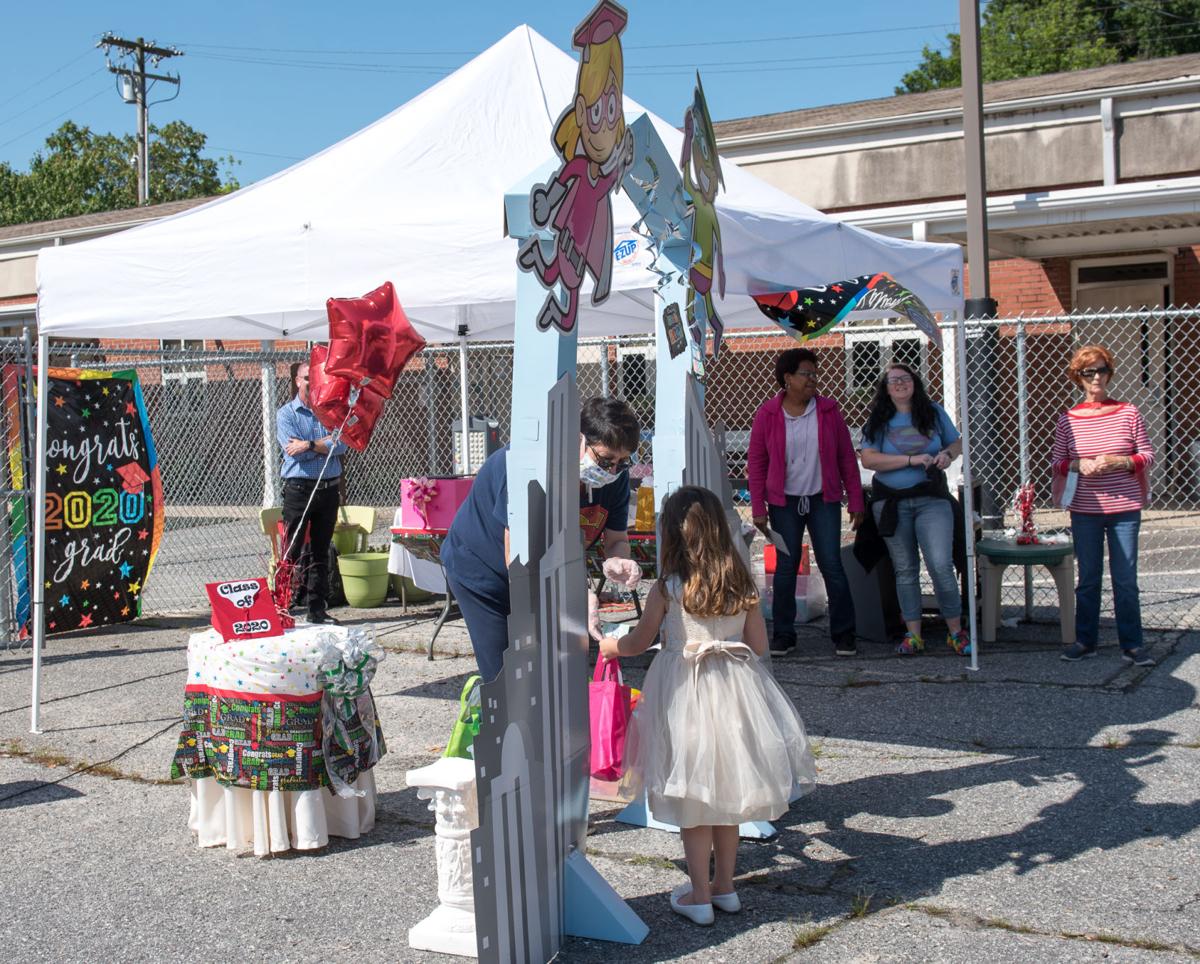 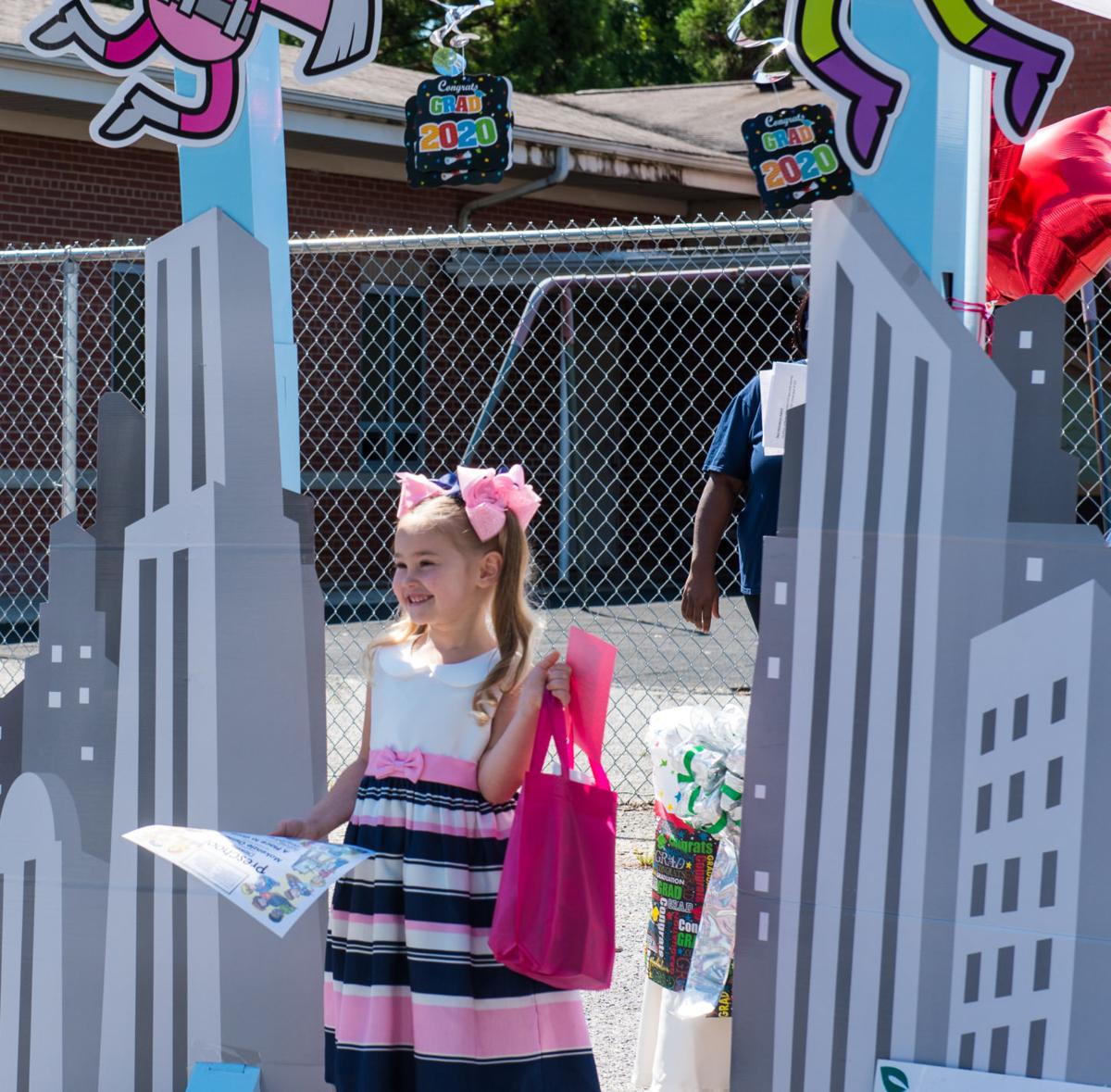 This is not a normal graduation season. School administrators have been tasked with organizing the best possible experience for their graduates. Normally, A Place to Grow, a developmental center located in Lincolnton, holds their graduation at the James W. Warren Citizens Center, but that wasn’t possible this year.

Instead, they held a drive-in ceremony for their pre-K students. Vehicles were parked in a circle in the parking lot of A Place to Grow around a colorful stage. Eddie Williams, the parent of a former student at A Place to Grow rendered a song to open the ceremony. As each student was invited to “come on down” via public announcement, horns honked, and the child was escorted by a parent or guardian through an archway to receive his or her diploma and a graduation gift. The graduates will now go on to elementary school.

Like all schools, A Place to Grow had to shut down on March 16 and have been doing virtual learning ever since.

“We’ve been sending home activity packages to keep their minds stimulated,” said Courtney Amakonze who organized the graduation ceremony. “We’ve also been sending home nutrition packages and resources including referrals to daycare sites that were open.”

Father of the Year awards went to Carl Osment and Ron Williams. JaLaithan Jefferies received the Best Attendance award, the first-place reader award was given to Blite Sutton, second place to Greysen Avery and third place to Payton Davis.

“Traditionally, we have put on an awards day and an end of the year picnic.,” Machuga said. “This year we had to be creative in our attempt to do the same. These students worked so hard during the year. For the last two months, the parents have had to take on the role of the teacher with the instructional support that was sent home in addition to being the parent and daycare caregiver. Everyone deserved recognition for a job well done and we feel we successfully made that happen with our drive-in ceremony.”

A Place to Grow is a five-star child developmental center that serves children one to five years of age. This program has been in operation for more than 20 years. The center is also an inclusive program that specializes in serving “at risk" children and those with developmental delays. Children with developmental delays learn alongside of children who are typically developing. Children who are typically developing also learn the importance of respect for differences, compassion and acceptance.

The program also houses two NC PreK classrooms for children ages four to five years old. The Partnership for Children qualifies children for these classrooms. Certified teachers are on staff in these classrooms. The teachers create a stimulating learning experiences as they know the value of structure and play.

Community Based Rehabilitative Services are provided for children under the age of three years.  Children qualify for these services through the Children's Developmental Service Agency. These classrooms have additional staff that are Infant Toddler Family Specialist certified. These are staff with a four-year degree and additional training in infants and toddlers.

These services are provided in the center and can also be provided in the home environment. A Place to Grow provides enhanced ratios and enhanced space. This means that ratios are smaller than most other childcare centers and children receive more one to one care.

A Place to Grow is located at 410 North Poplar Street in Lincolnton and is a United Way of Lincoln County partner.