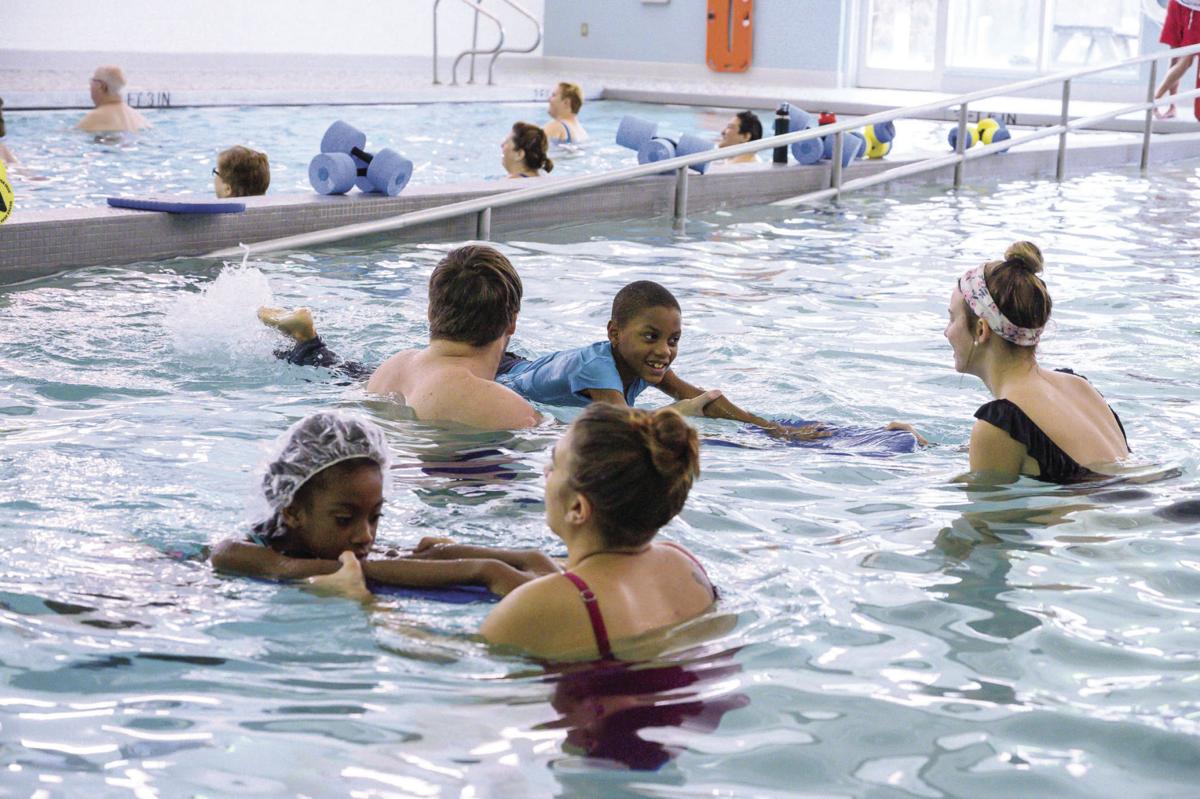 Austin May and Katelyn Byrd instruct Battleground Elementary School students, Ali Wiseman and Macari Magness in the pool at the YMCA in Lincolnton on Thursday. 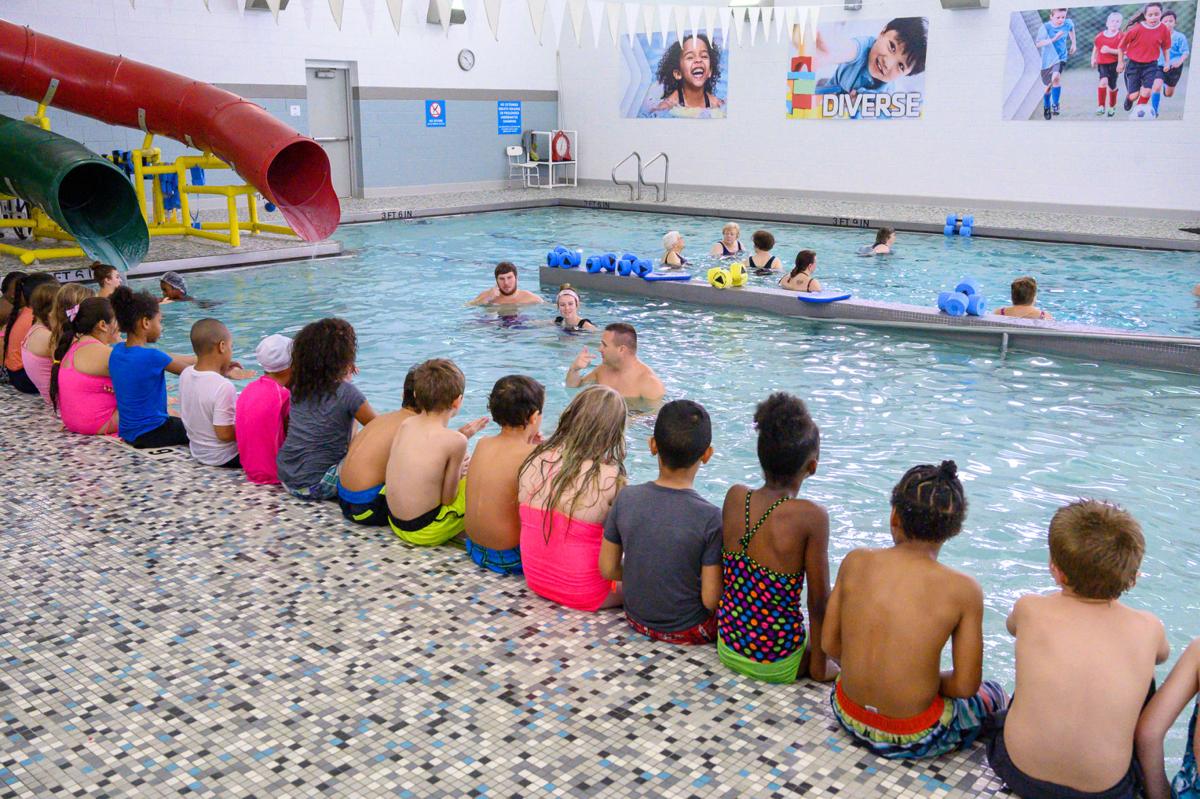 Students from Battleground Elementary School receive safety around water instruction in the pool at the YMCA in Lincolnton on Thursday. 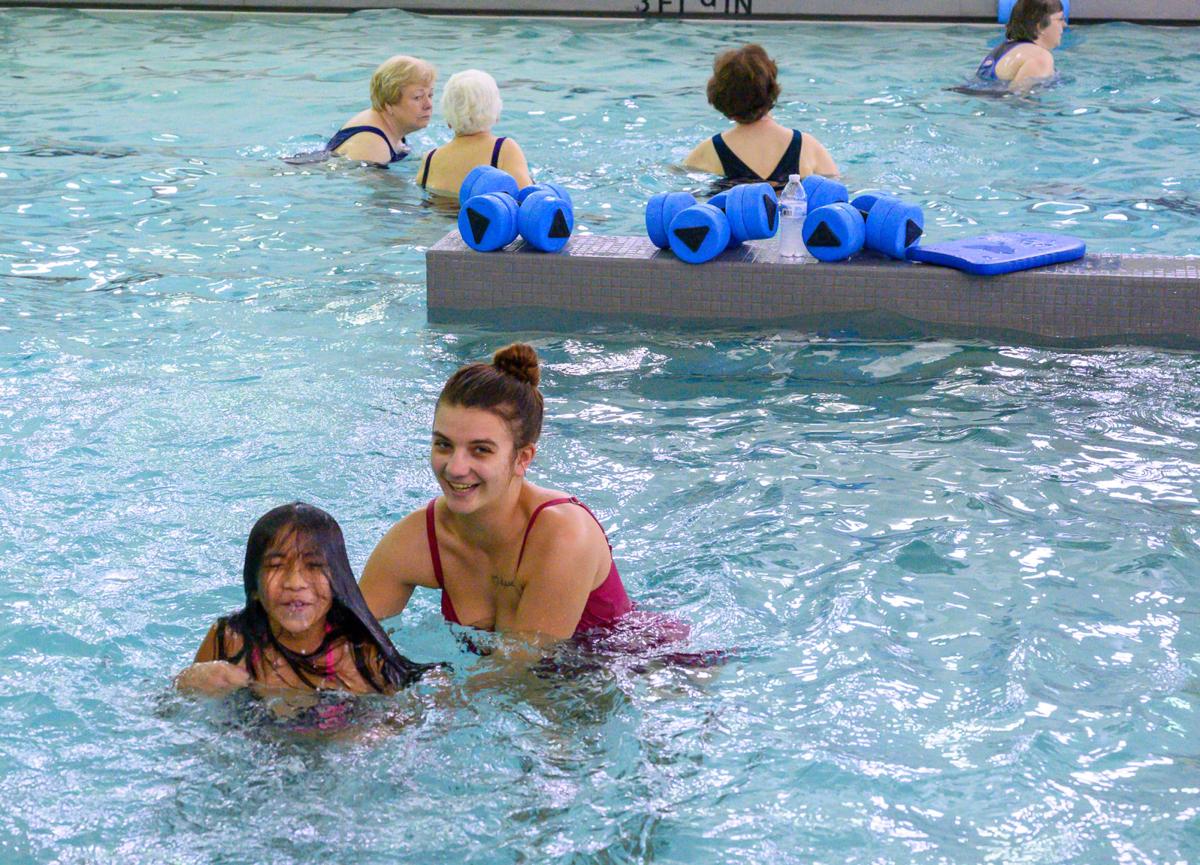 Katelyn Byrd helps Kimberly Vasquez-Garcia in the pool at the YMCA in Lincolnton on Thursday.

Austin May and Katelyn Byrd instruct Battleground Elementary School students, Ali Wiseman and Macari Magness in the pool at the YMCA in Lincolnton on Thursday.

Students from Battleground Elementary School receive safety around water instruction in the pool at the YMCA in Lincolnton on Thursday.

Katelyn Byrd helps Kimberly Vasquez-Garcia in the pool at the YMCA in Lincolnton on Thursday.

The statistics on childhood deaths associated with drowning are staggering. In an effort to resist these statistics, the Lincoln County Family and Sally’s YMCAs have teamed up with Lincoln County and Lincoln Charter Schools to offer water safety classes to all second graders.

It’s estimated that two children die each day as a result of drowning, according to statistics provided by Ryan Swengros, the senior program director of Youth Development at the YMCA. Additionally, 60% of youth drownings occur within 10 feet of safety and 88% of children who drown are under some form of supervision. Drowning is responsible for more deaths in children aged one to four than any other cause except birth defects and 80% of people who die are male and minorities are at more risk.

“Safety around water for us is a program in which every second grader gets the opportunity to go through four water safety lessons that are broken up into two components,” he said. “Drowning is the second leading cause of death in adolescents and minorities are at a much higher risk.”

In the water, the students are taught how to grab the side of the pool, to swim and roll on their backs if they get tired, as well as receiving fundamental guidelines like not drinking the water. Out of the pool, they learn basic CPR, how to call 911, to get in and out of a boat and put on life jackets correctly.

“In the water, we teach ‘reach and throw, don’t go,’” he said. “So, if your friend falls in the water, how do we help him? We throw a noodle or something else at them in the water so they can hold it. That way, there’s not two victims or hopefully, none.”

To date, almost 800 children have been through the two-day course which targets school-aged children who cannot safely exit the pool on their own and have not received formal swim instruction.

Sometimes the children are frightened of going into the water and have to be coaxed in, but the staff at the YMCA work through their fears.

“Some kids leave bruise marks on the instructors because they’re so petrified,” Swengros said. “By the end, they relax. They’re not swimming, but they’re relaxed.”

This program is offered in conjunction with the Lincoln County YMCAs, the City of Lincolnton, Lincoln County Schools and First Federal Savings. Additional funding is provided by a Lincoln County Community Foundation grant.