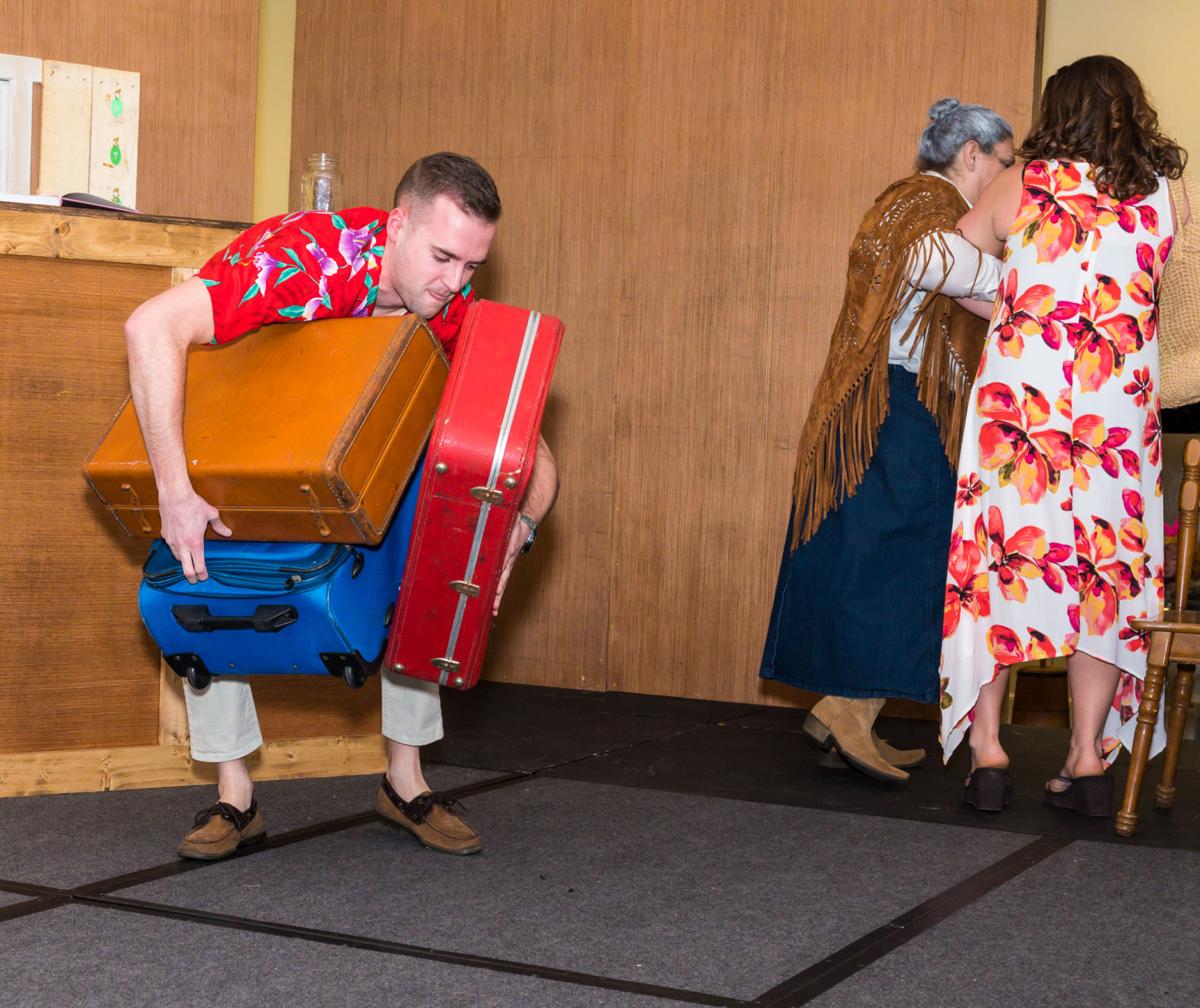 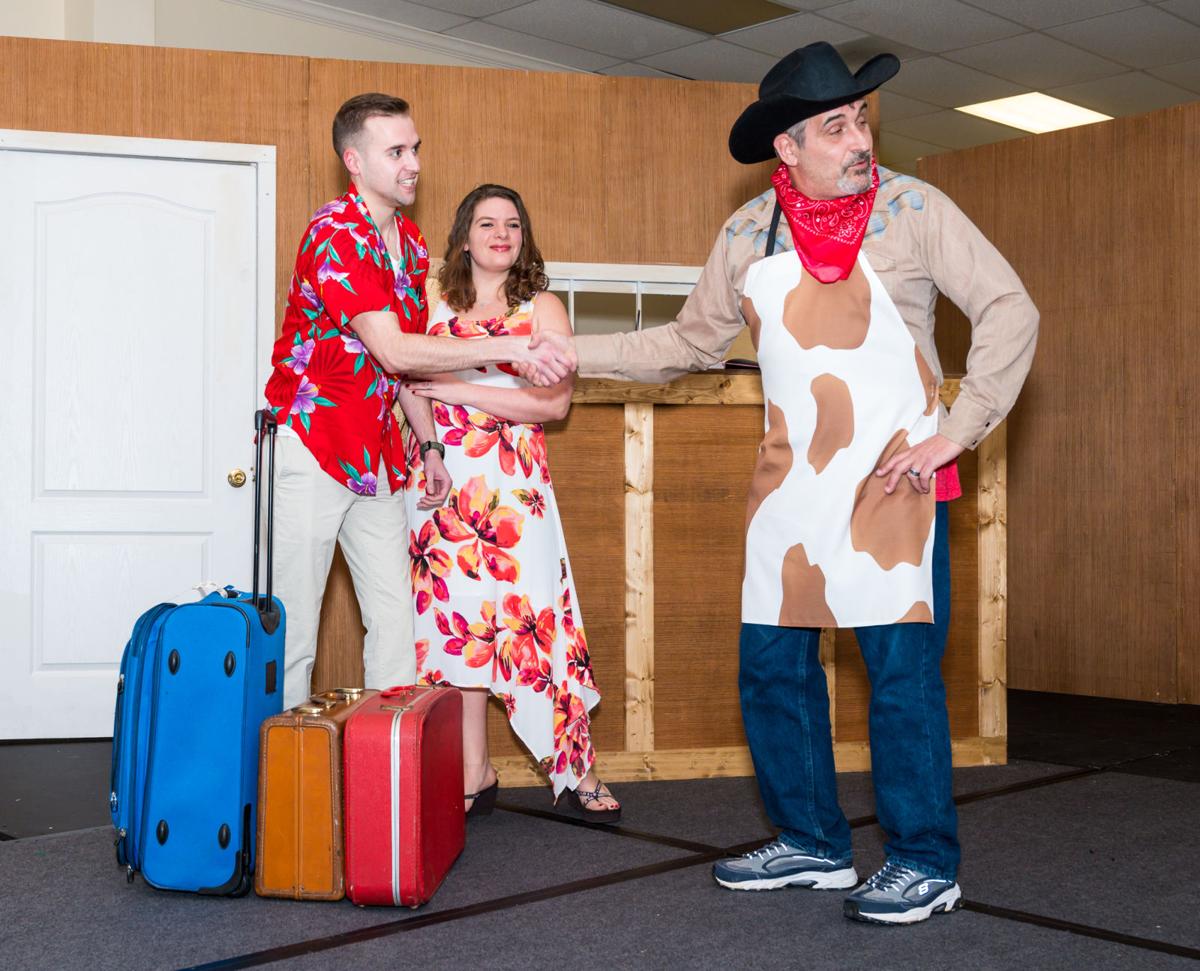 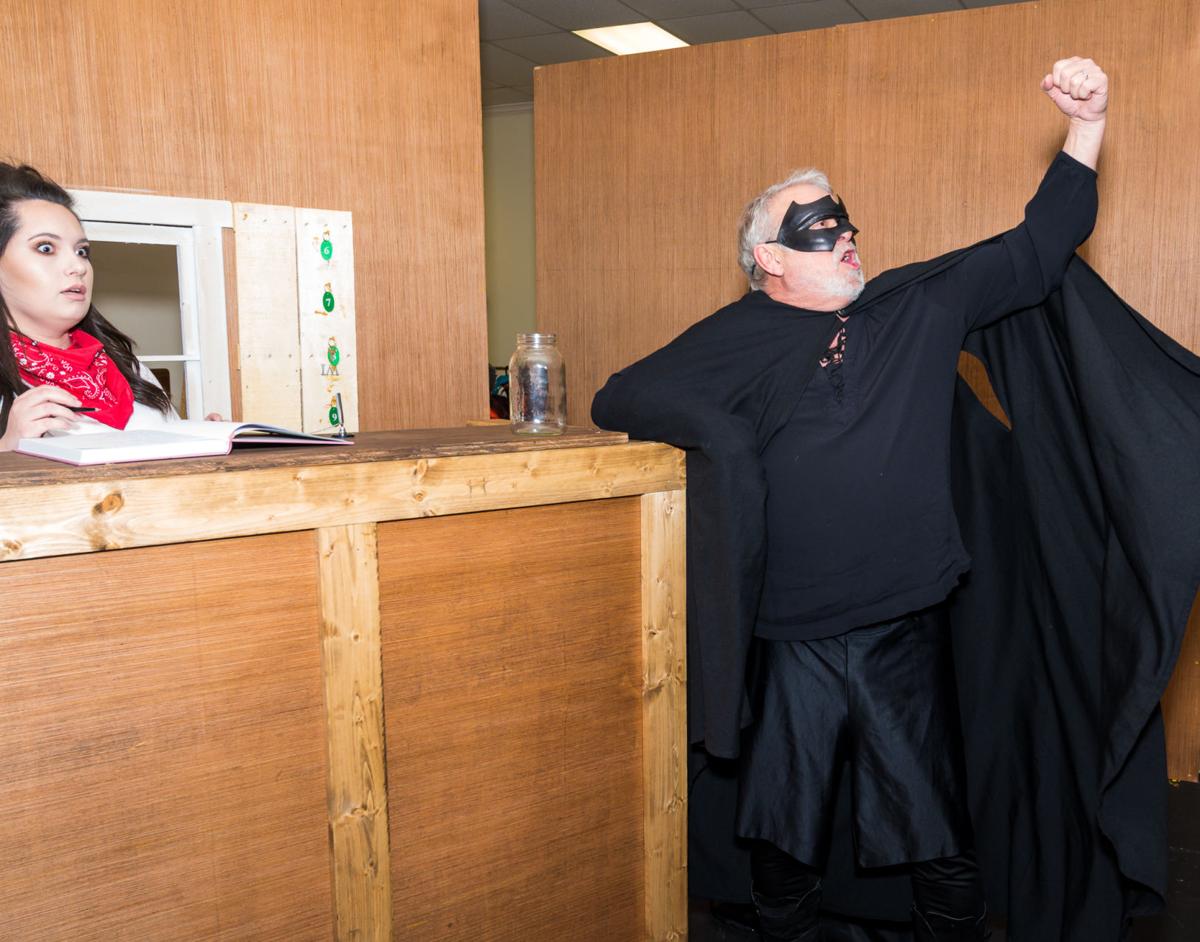 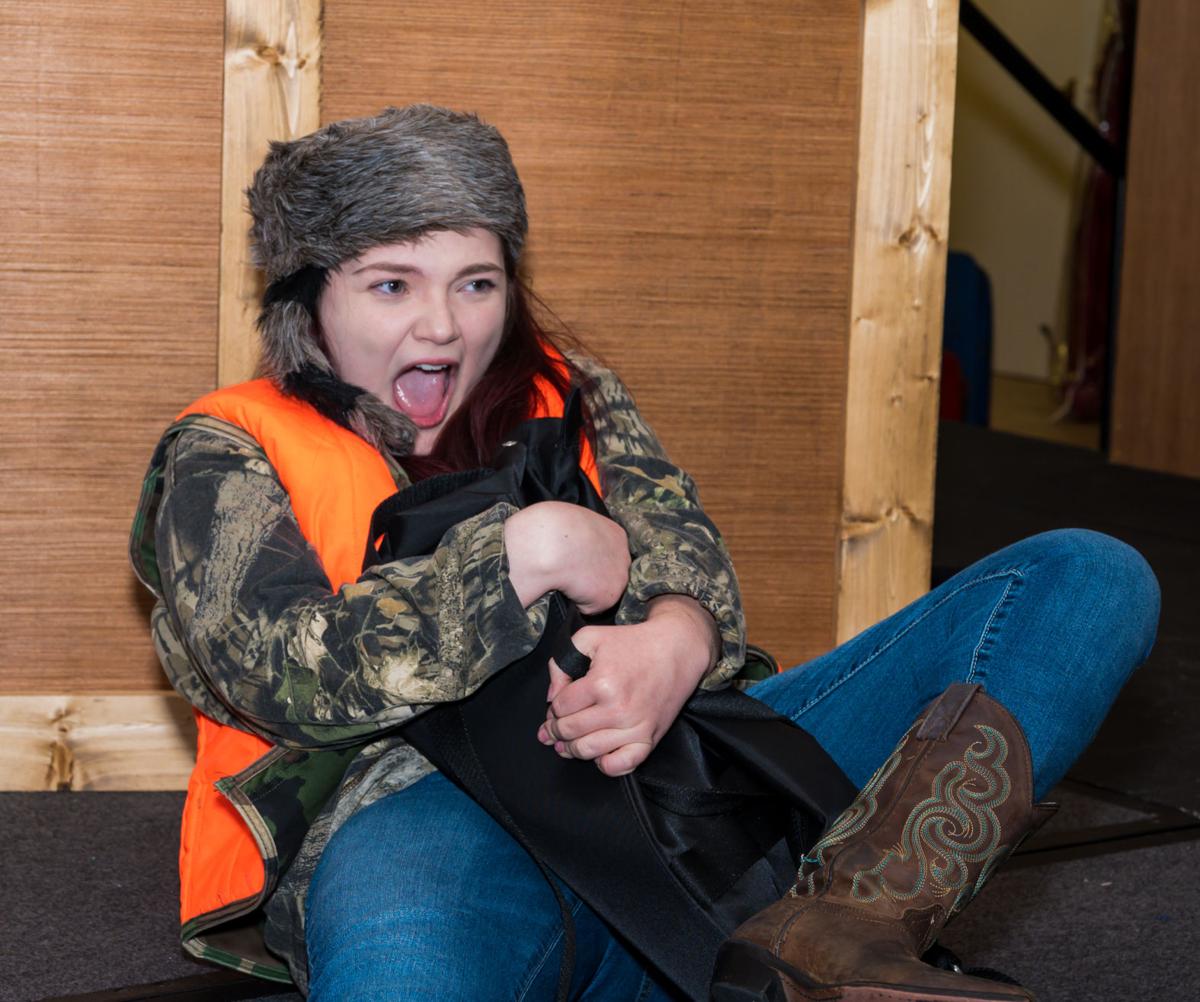 Imagine attending a family reunion at a western-themed bed and breakfast on the Virgin Islands and then, during a terrible tropical storm, people start getting murdered. The comedic, murder mystery dinner theater, “A Family Reunion to Die For,” directed by Ash Wirth opens this Thursday.

“I’ve had some experience in restaurants, so I love the whole idea of providing a nice dinner experience for people,” he said. “It helps to provide a production to go with it.”

The Knotting Family is holding a reunion and newlywed Christine Franklin (played by Amanda Kochosky) is excited to show off her husband, Freddie (played by Blake Harwood), who is a mall security guard with secret aspirations to be a detective, to the family she hasn’t seen in years.  The family is, of course, dysfunctional and the quirky cast includes a “Costumed Guest” (Larry Turner), a pair of squirrel-hunting hillbilly sisters from Texas, a former Vegas showgirl who is now a knitting champion, a journalist and a pair of mimes. So, who done it?

There will be plenty of audience participation throughout the show at which time the cast will have to improv.

“I really love the cast, many of them are LTG veterans but some are brand new,” Wirth said. “It’s been a treat to watch them grow together and build friendships and come into terms with their individual characters. It’s such a hilarious play – non stop laughing – it makes you want to spit your tea out it’s so funny.”

A Charlotte-resident, Harwood is new to the LTG stage, but not new to acting. He’s playing Freddie, who’s naive and lacking in the confidence department. He has hopes to become a police detective one day and when the murders start happening, he’s on the case, except he keeps missing clues.

“This play has been a lot of fun,” he said. “At almost every rehearsal I find myself laughing at something different even though I’ve seen it multiple times. Every character has their own over-the-top personality and funny things that they do. Almost every line has some humor in it.”

“Christine’s kind of a pushy wife. My husband, Freddie, is not very bright,” she said. “I help Freddie, who’s not so bright, solve the murders. I feel like in the show, she does a lot of the work and he takes all the credit for it. There’s a ton of laughs, twists and turns with this play.”

Turner gets to play three different characters rolled into one. He’s a man who lives his life through the characters he reads about in his favorite comic books.

“This play is hilarious but at the same time it keeps your attention,” he said. “The characters are so diverse. The audience should have a really good time trying to figure out who the murderer is.”

The owner of the bed and breakfast, Aunt Gretchen, is played by Cynthia Schmidt, who got her start in LTG as the maître d' in last year’s “Café Murder.” Since then, she’s dived headfirst into the guild. She’s currently a member of the theatre guild board.

“I help with sponsors and membership and do a lot of coordination backstage and help with production management,” she said. “’Beauty and the Beast’ was a whole family production.”

The ticket price of $30 for adults and $25 for students and seniors includes a three-course meal catered by Mitchem’s Kitchen with a choice of either barbecue pork or fried chicken, banana pudding or peach cobbler, macaroni and cheese, green beans and coleslaw. Dinner will be served at 6 p.m. and the show will start at 7 p.m. The sponsor, H2 Properties, will do a silent auction during intermission at which point desert and coffee will be served.

Doors will open at 5:30 p.m. It is recommended that tickets be obtained before the show, but a limited number of tickets will be available at the door. Seating is limited. The first show is Thursday night at 7p.m. with additional shows on Friday and Saturday at 7 p.m. The location is in the fellowship hall of First United Methodist Church at 201 East Main Street in Lincolnton. Tickets are available at the Lincoln Cultural Center and at the First United Methodist Church