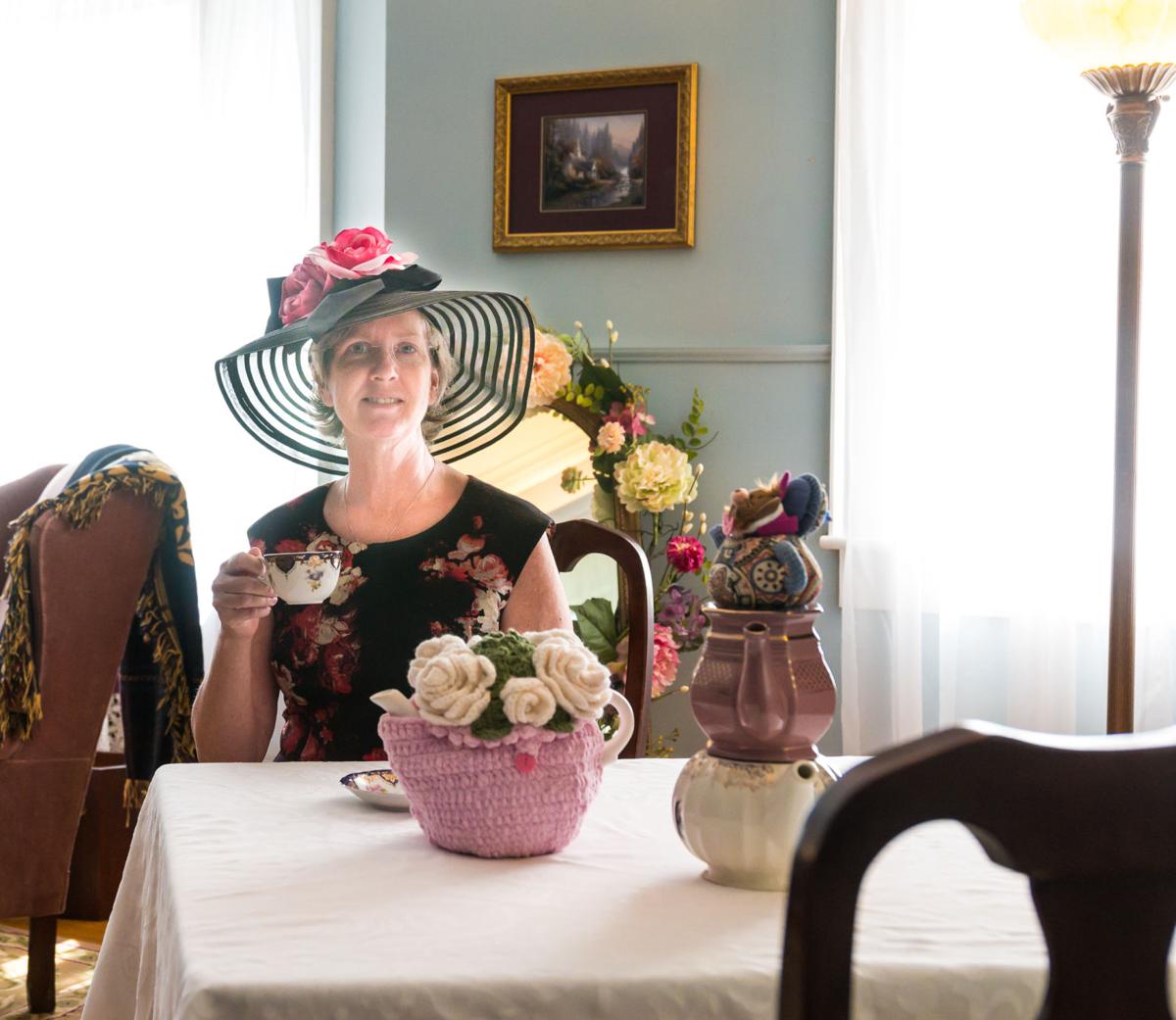 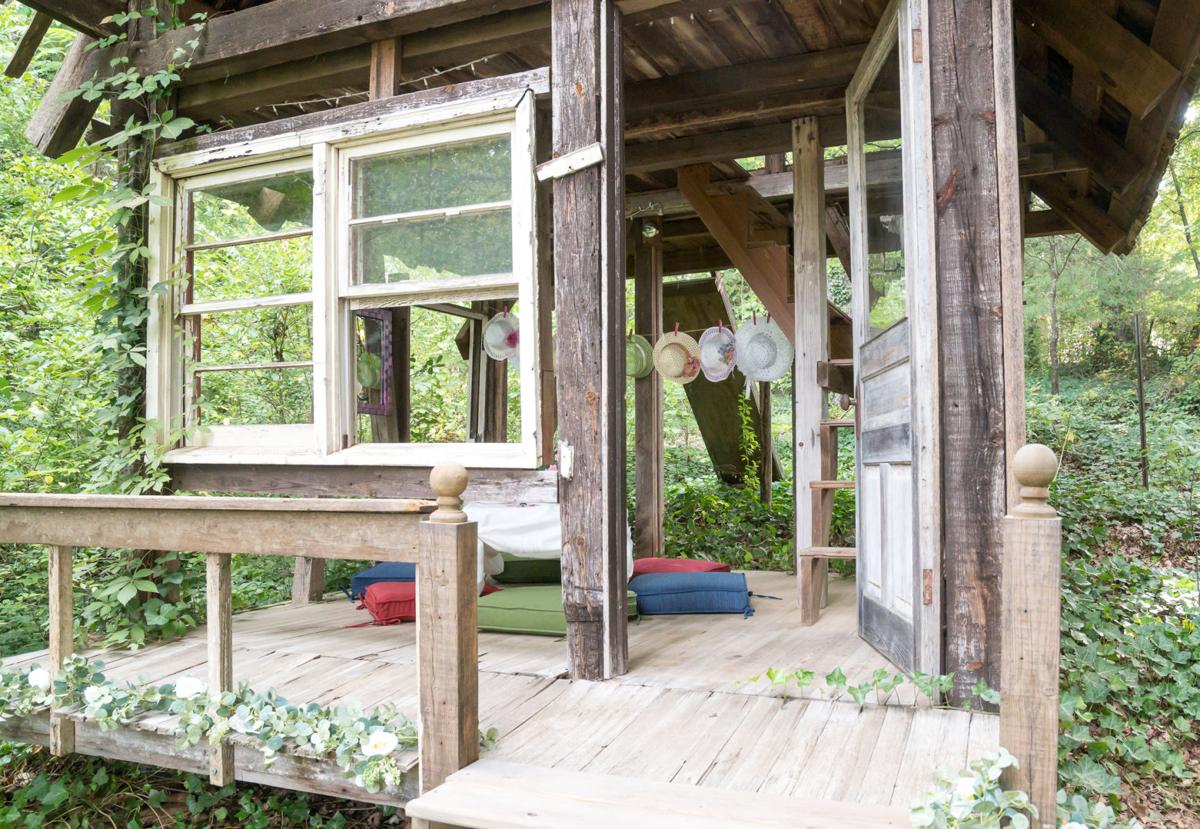 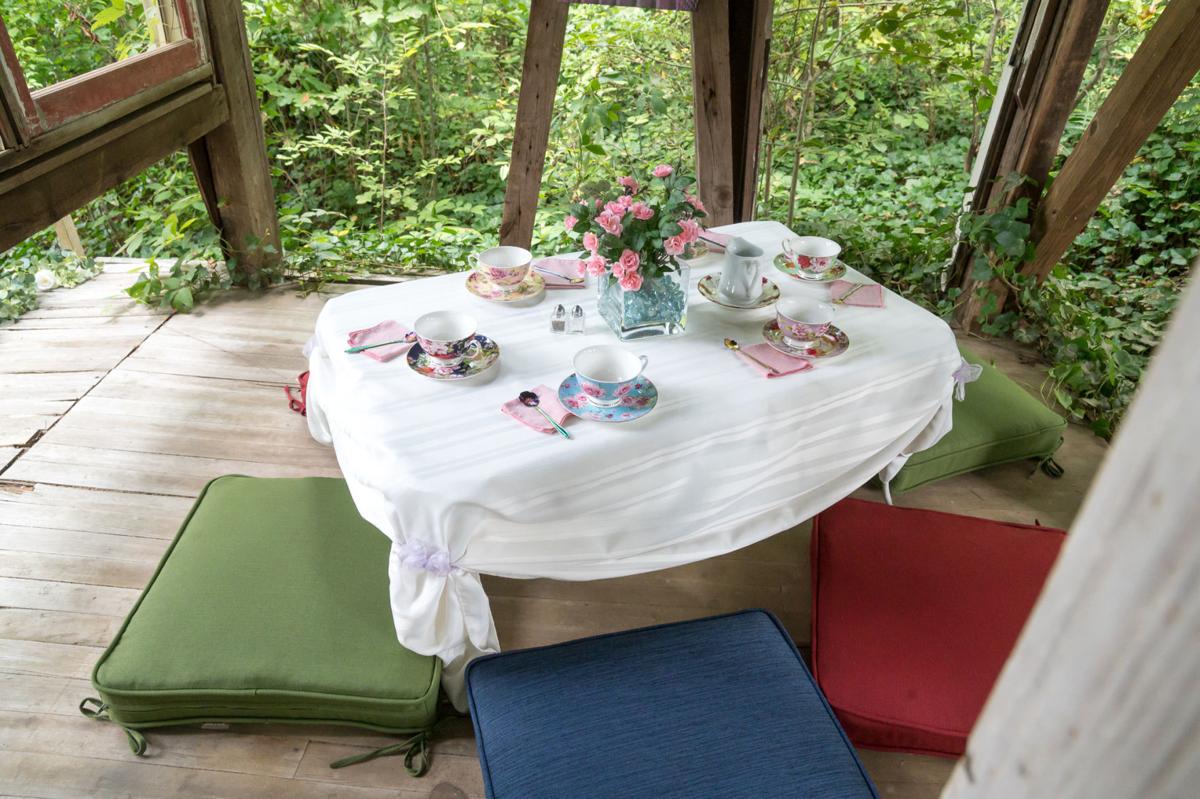 When they started to shop for a house big enough for the family, which was planned to include any parents that may need extra care in their later years, Allison and John Gahrmann, who were living in Gastonia at the time, extended their search to Lincolnton. The first listing that popped up was one on South Aspen Street. When they pulled up to look at the house, the meadow was grown up and they couldn’t see the house at first. Driving closer, they found the house, which was obscured in English ivy. When Allison Gahrmann’s British mother, Anne Scott Hackley, affectionately known as “Lady Anne,” saw the house, she said that they didn’t need to look any further, she was home.

While Allison Gahrmann was growing up, her family traveled across England. They were rarely able to stay with relatives because they didn’t have enough space for the family of four to stay.

Gahrmann has been working in the hospitality business for much of her adult life and kept her dream of one day owning a bed and breakfast alive. Her dream came true when they came upon the house in Lincolnton, which has seven rooms and, lo and behold, it was already zoned as a residential boarding house. Having already established a relationship with the Lincolnton-Lincoln County Chamber of Commerce, she reached out to them and the City of Lincolnton to see what needed to be done in order to establish the house, which they named White Rose Manor, as a bed and breakfast.

Unfortunately, the English ivy that Lady Anne so loved had grown through the roof and caused considerable damage, which had to be repaired. A year after renovations, which included a new roof, the bed and breakfast was opened. White Rose Manor is a traditional bed and breakfast offering guests a place to stay and a three-course breakfast, cooked by Gahrmann in the morning.

Functions, including traditional teas, are also hosted at the manor. The teas are an extension of another of Gahrmann’s childhood experiences. Like many young girls, Gahrmann grew up having tea parties. She also was exposed to proper English teas as she grew up.

“There’s different kinds of teas,”she said. “There’s ‘joining a friend for tea,’which is typically just tea and biscuits, not a big thing. There’s afternoon tea, which usually consists of savories and sweets, scones and curds or clotted cream. Devonshire clotted cream, which is the one I’m familiar with, comes from Devonshire cows, which produce sweet milk. American clotted cream is sweetened.”

Teas hosted at White Rose are done several different ways. Some are “three tier” teas with each tier of the curate holding a separate course.

“What a lot of people don’t know is that the scones went on the top because there’s supposed to be a silver dome that goes on the top to keep them warm but you don’t see the domes anymore,” Gahrmann said. “Scones originally were just leftover biscuits.”

Gahrmann hosts “high tea” during Christmas time, which she said a lot of people associate with Queen Elizabeth II and being a very aristocratic affair. Traditionally, however, high tea was the workman’s tea, who couldn’t have tea until after he came home from work in the evening and was a whole meal.

“We do a blend between the two,” she said. “We’re not high ‘mucky-mucks’ and don’t have to be too posh but at Christmas time we do a full high tea with a complete buffet. I make all of the food and have a good time with it.”

Obviously, tea is very important to Gahrmann and she doesn’t offer just any old generic brand of tea at White Rose Manor. Instead, she offers a selection of custom blends that her daughter, Leslie McGowan, who lives in California, has created. The tea is loose, as opposed to in a bag, so it has to steep in hot water before it’s served.

“What you’re really looking for is for the water to be able to flow around and bind all of the flavors that’s the tea,” she said. “For a regular black or white tea, which are done at different temperatures by the way, they’re fine so long as you can wet the whole tea leaf which is why you don’t pack it into the tea ball. If you are looking for a blend of flavors, you’re going to want that infusion to happen and the water to flow all the way around it which is why it’s loose.”

These tea blends sort of happened by accident. McGowan went to a tea bar one day and picked and chose different ingredients to blend. Once she perfected her first blend, she called Gahrmann and told her that she was sending her something and to have an open mind about it.

“Leslie could burn water until she moved out to California,” Gahrmann said. “It’s amazing how much she’s changed and what she’s able to do. Her father is a self-made chef, as am I, but you would have thought, given she’d grew up around prepared food, she would’ve been spot on. She didn’t really develop her own desire to explore until she started traveling the world. Her father and she both can taste things and tell you the ingredients in it.”

The first tea became what Gahrmann calls the “Manor House Chai.” There are several more varieties offered at White Rose including the “My Fair Lady Anne,” a decaffeinated floral blend, “A Figment of Your Imagination,” a black tea with ginger and fig, a “Golden Afternoon,” a black tea with mango and marigold and a “Black Tie Affair,” a black tea with licorice root. These blends will soon be available at Crafted Mercantile as well as a custom crafted peach tea.

“Tea is an experience, the company, a time to reflect, it’s many things to many people,” she said. “Tea is who you share it with.”

Occasionally,“Alice and Wonderland” inspired teas are offered at White Rose where the entire family and their guests dress up to attend, if they desire.

“It’s all about a little girl’s dream to have a house that she could play dress up in,” Gahrmann said. “My favorite thing that my husband has ever said about this place was, ‘I’ve seen people do this at Disney, wait a minute, this is like living in a high end resort, but you’re the help.’ He’s right, but we all contribute.”

Crafted Southern Speakeasy is hosting a curated selection of tea from White Rose Manor this Saturday, Aug. 17 which will include sandwiches, sweets, lavender scones and curd, paired with an assortment of Crafted signature small bites. For more information on this event, contact Crafted at (704) 240-3526.

For more information on White Rose Manor, visit their website at http://whiterosemanor.comor call (704) 562-0220.