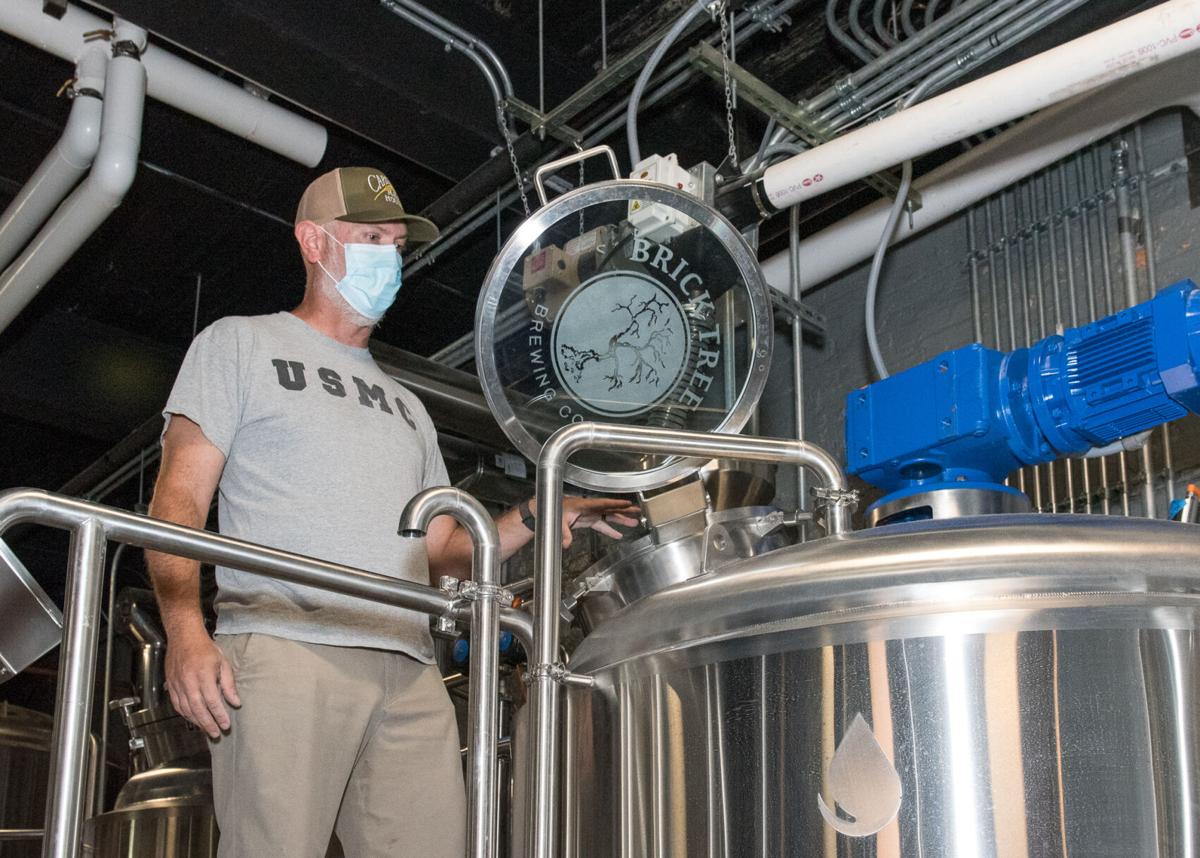 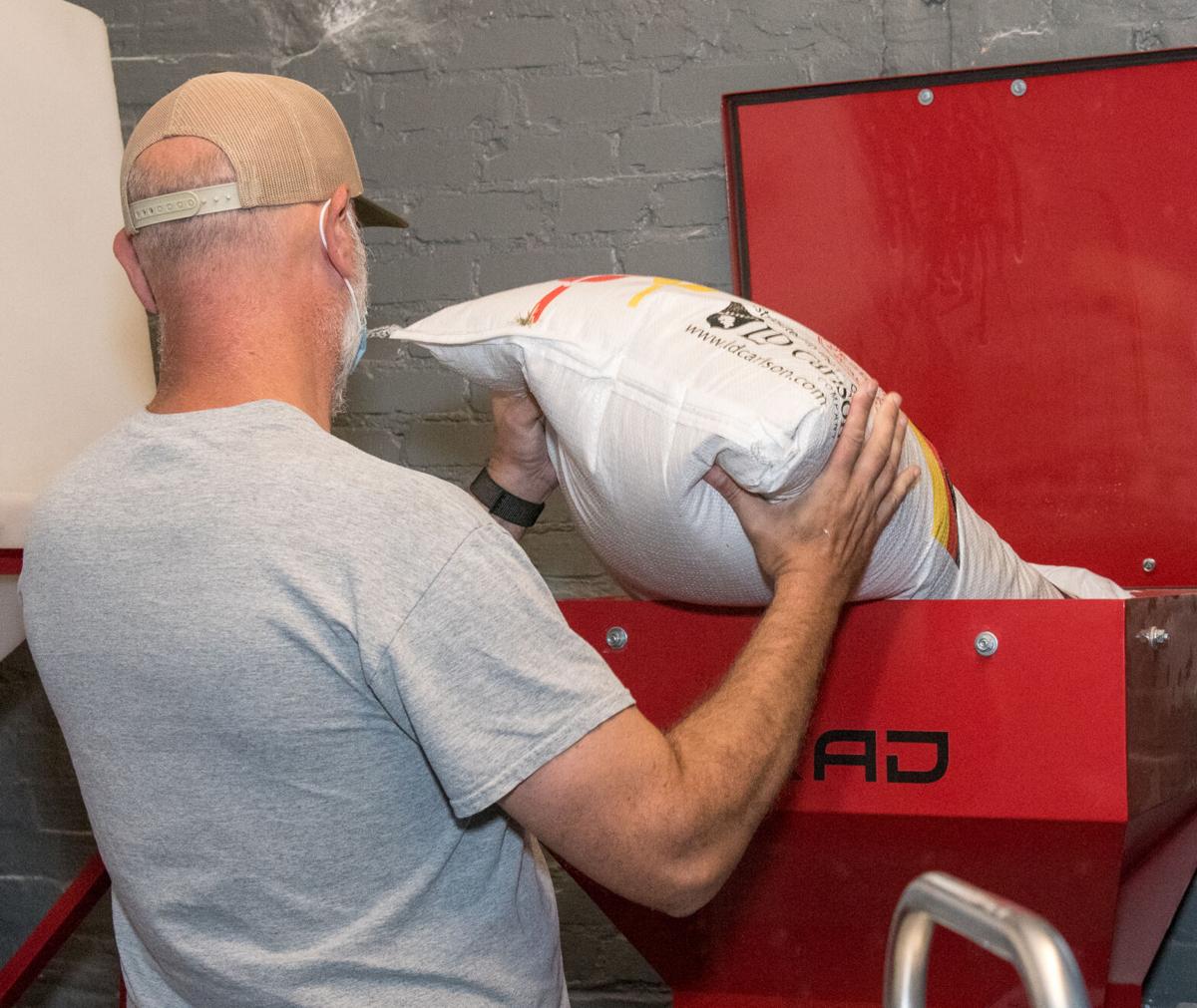 There’s plenty of interesting concoctions brewing at Bricktree Brewing Co. in Lincolnton. Most of them involve barley and hops, but not all of them. In an effort to help out with the apples that local growers won’t be selling because the Lincoln County Apple Festival is cancelled, Bricktree, in conjunction with Alternative Beverage, a beverage store based out of Charlotte, will be bringing in some three tons of locally sourced apples and crushing them into cider.

“With everything in Lincolnton cancelled, in particular the apple festival, which I know draws a lot of people from everywhere we wanted to help out,” Bricktree co-owner John Brinsfield said. “It’s unfortunate it had to be cancelled this year, but because of the way that Bricktree can operate, we can hold festivals like that outside unless you sell tickets which we’re not going to do.”

Brinsfield and his partner Fritz Steckler decided to do a small-scale apple crush festival focused on just apples, apple cider to be exact. While making hard apple cider is not something that Bricktree is able to do in the brewery, Brinsfield and Steckler have both made the beverage on their own. Steckler will be doing demonstrations on how to make hard cider.

“Folks can purchase plain apple cider and there’ll be options for them to purchase yeast and turn it into hard cider,” Brinsfield said. “Of course, those who do that have to be at least 21 or older.”

When making hard cider, unfermented apple juice is called “must.”

“We knew a lot of vendors and organizations prepared for the Apple Festival, so it’s great that we were able to help out at least the apple vendors,” Brinsfield said. “There’ll be stations set up so that people can maintain their distance during the apple crushing and Fritz’s demonstration. There’ll also be supplies that people can take home with them.”

It’s important that the cider and supplies be preordered as their availability the day of the event cannot be guaranteed. To order online, go to https://ebrew.com and search for “cider day” to order.

Moving back to beer, a lager style beer is currently in the fermenter at Bricktree.  It will be christened the “Lincolnton Lager.” Up until now, Bricktree has been brewing and offering ales. Both are beers of course, the difference in the two is the temperature at which they’re fermented. An ale is a top fermenting yeast and the yeast used for ales has what’s called a greater tolerance to alcohol and is capable of producing a stronger beer.

There are also what’s called bottom fermenting yeasts and those are used to make lagers. In the early days of brewing beers in Germany, “lager” means to store, and it’s stored at a cold temperature. During that lagering period, all the proteins in suspension in the beer fall out to the bottom.

“If you look at lagers, they’re really clear, you can see through them,” Brinsfield said. “It’s about a six-week process to go through its lagering period so it’ll be available in about eight weeks. It seems to be the more prominent style that folks like here. As the Lincolnton Lager, it’ll truly represent the city.”

Coming available on Friday is a very special Brinsfield creation – an English barleywine – it’s still a beer because it’s made with barley and hops, but it’s a wine too, made with barley instead of grapes, with about 14% APV. Because of the alcohol content, it will only be sold in 10-ounce porters, there’ll be no growlers available and it’ll only be available in the taproom. It should be ready by the end of this week and there was only 10 gallons made so Brinsfield anticipates it’ll sell out quickly. This creation, called “Suction Cup Belly Button,” (don’t ask unless Brinsfield knows you really well) is based on a formula that he made as a home brewer last year. He entered it into the National Homebrew Competition and won a silver medal for it.

“After earning the silver, and it’s one of my favorite beers personally, I decided to make a batch,” he said. “I like the flavor and the little bit of booziness that comes through. You’re going to be able to taste the alcohol, almost like a whiskey, bourbon or scotch, but it won’t be overwhelming.”

Cider Day at Bricktree Brewing Co. is Saturday, Oct. 17. The event is free to attend, but for those who are interested in purchasing apple cider and/or hard cider supplies, go to https://ebrew.com and search for “cider day” to order. It’s important that the cider and supplies be preordered as their availability the day of the event cannot be guaranteed. In addition to the apple crushing and demonstrations, there will be entertainment and food trucks.