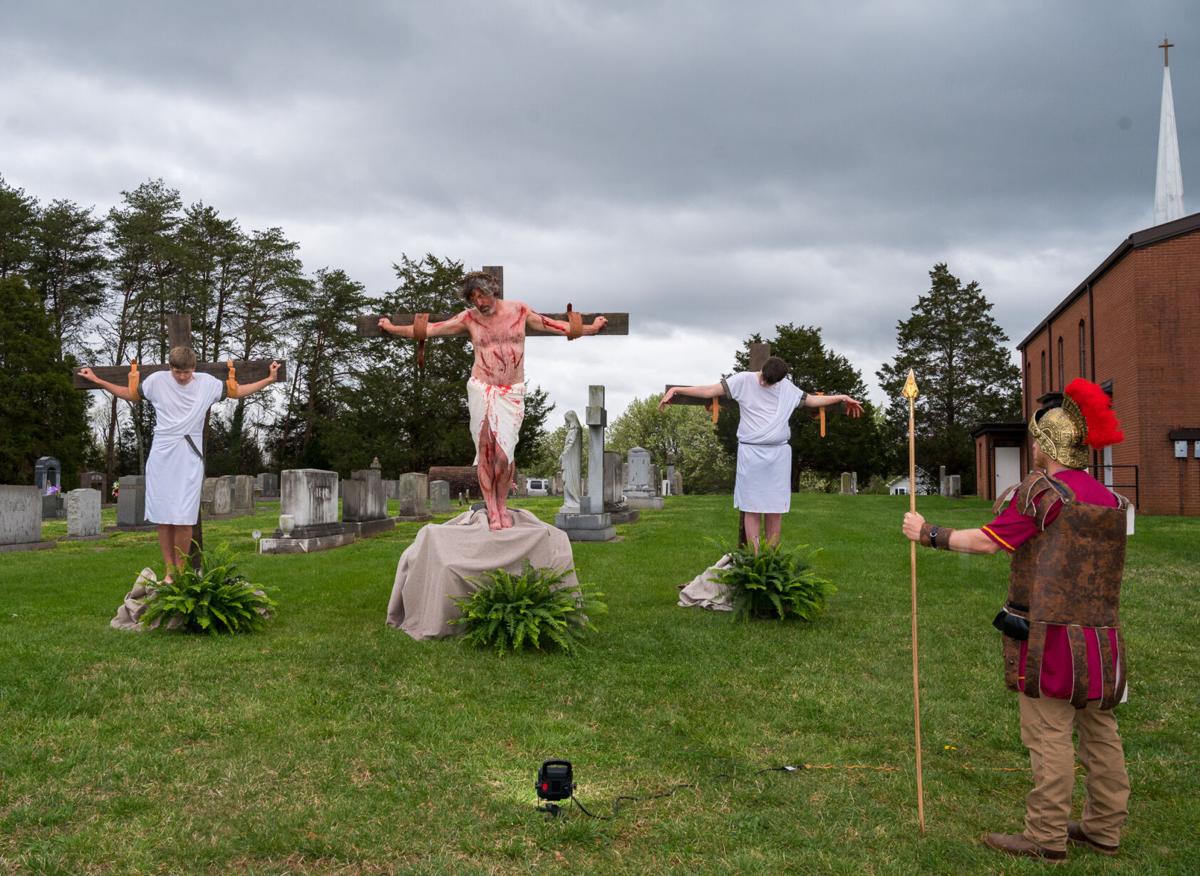 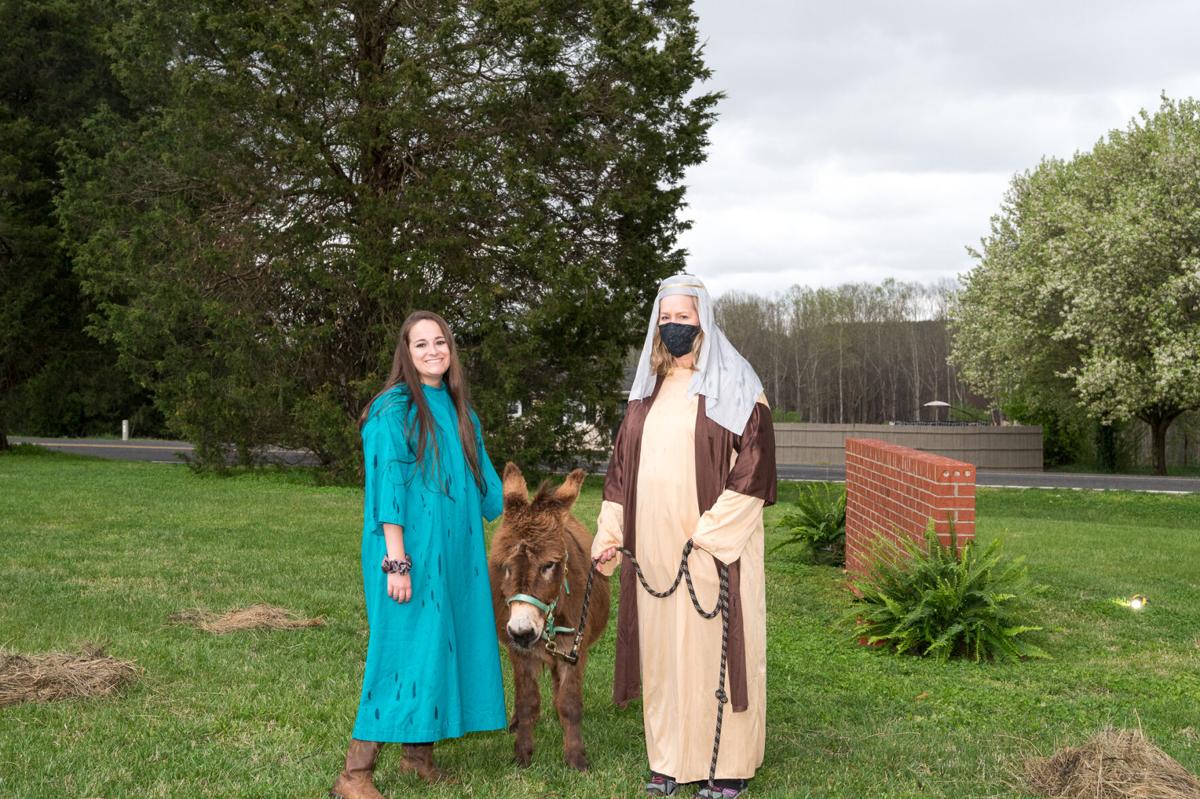 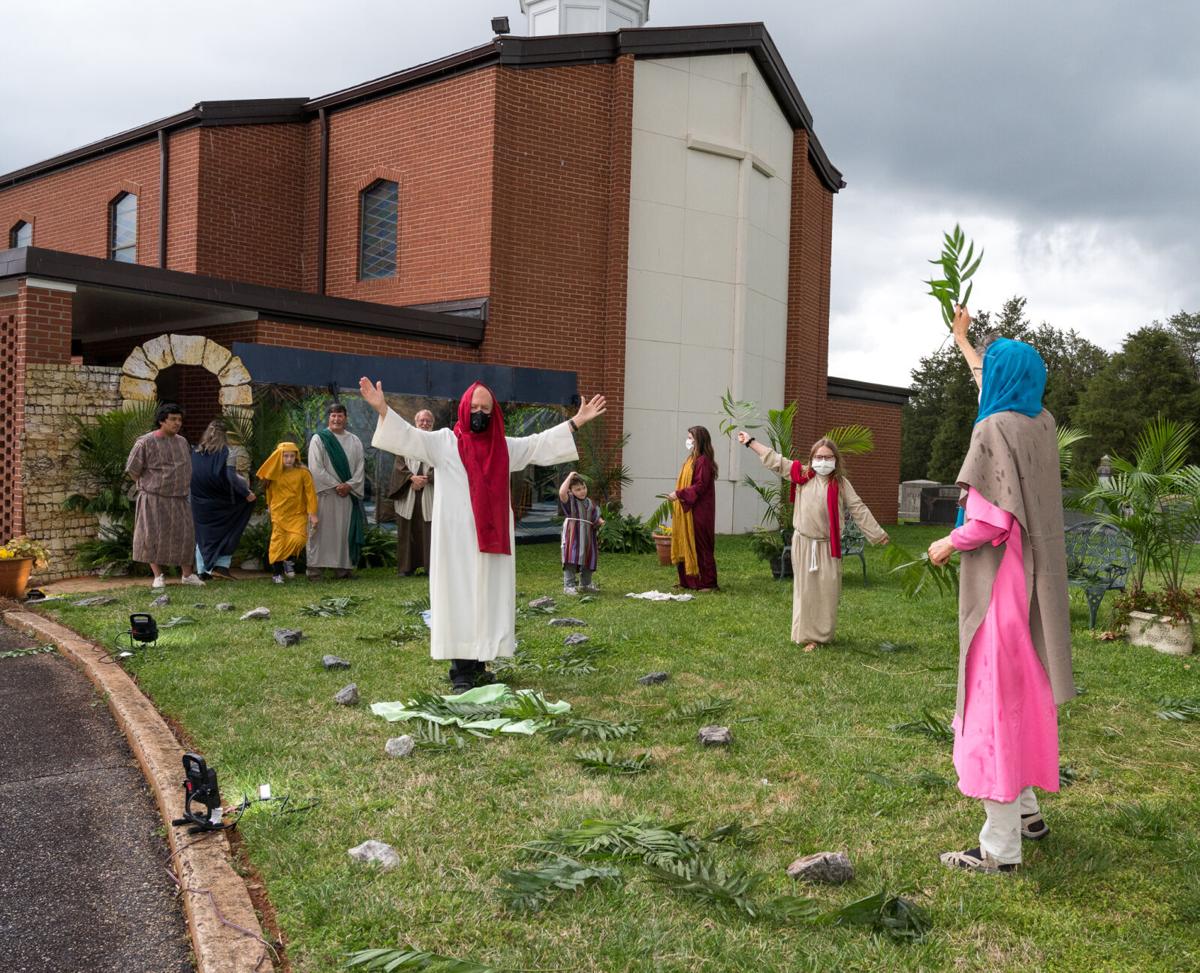 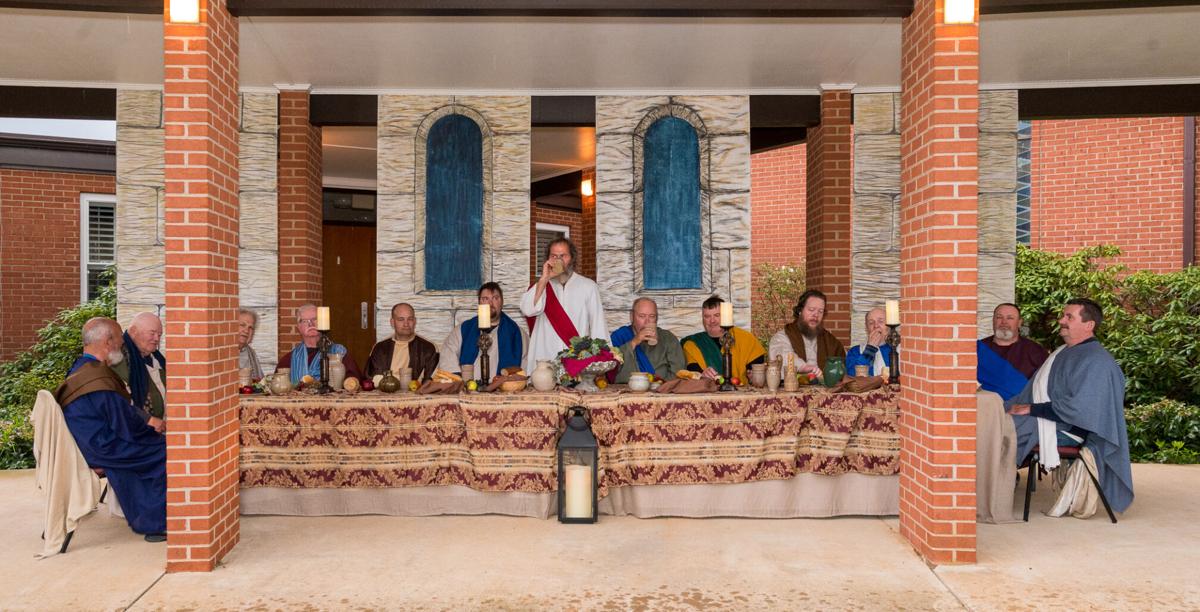 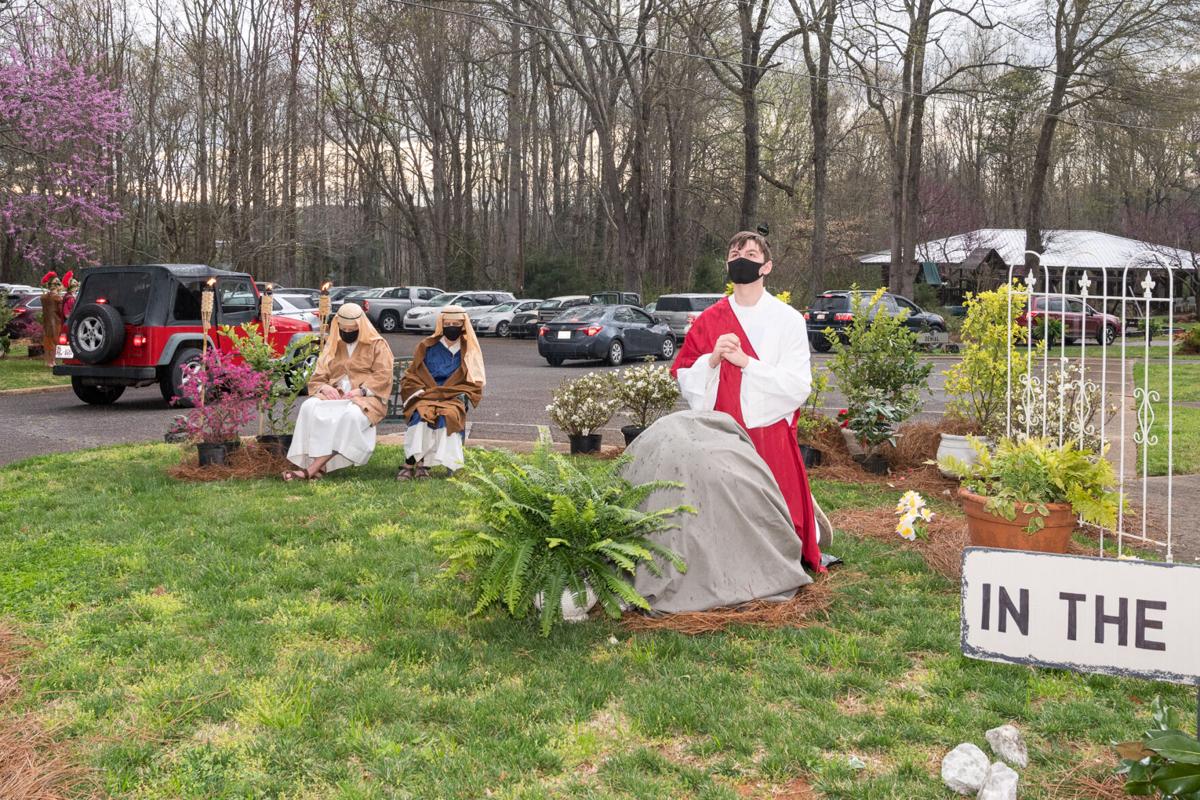 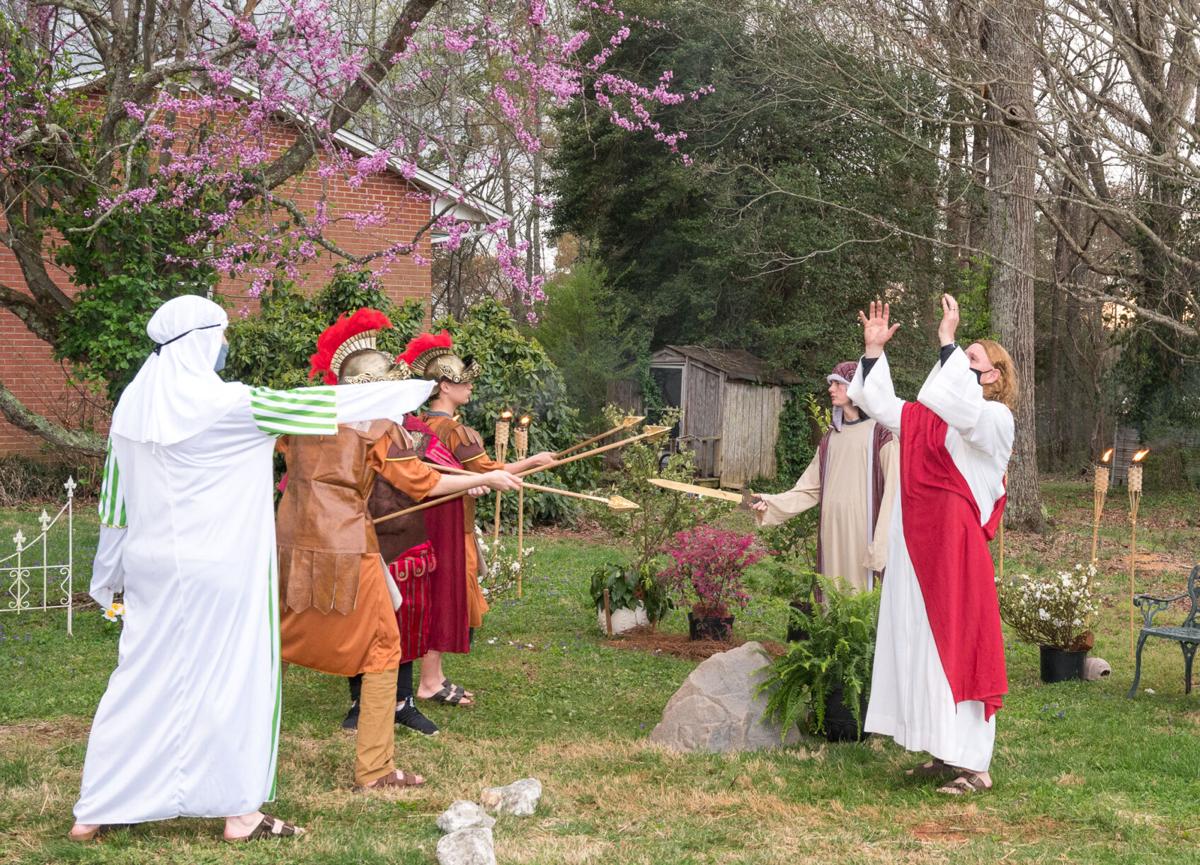 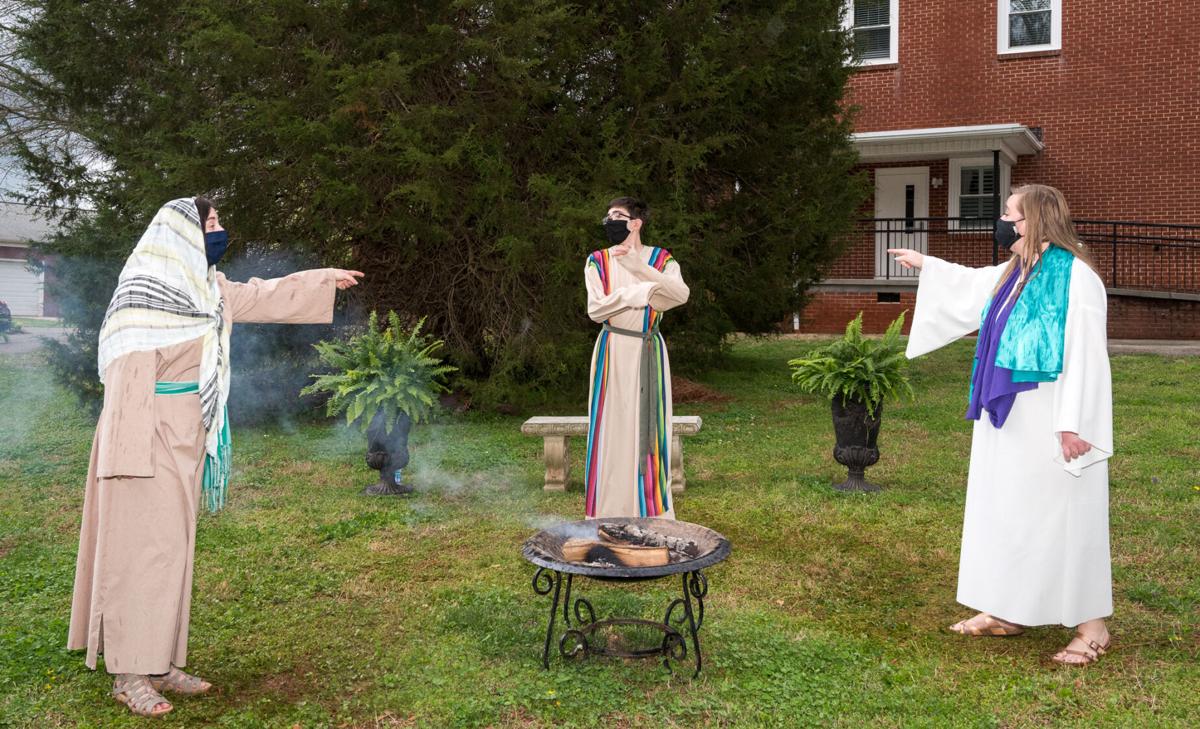 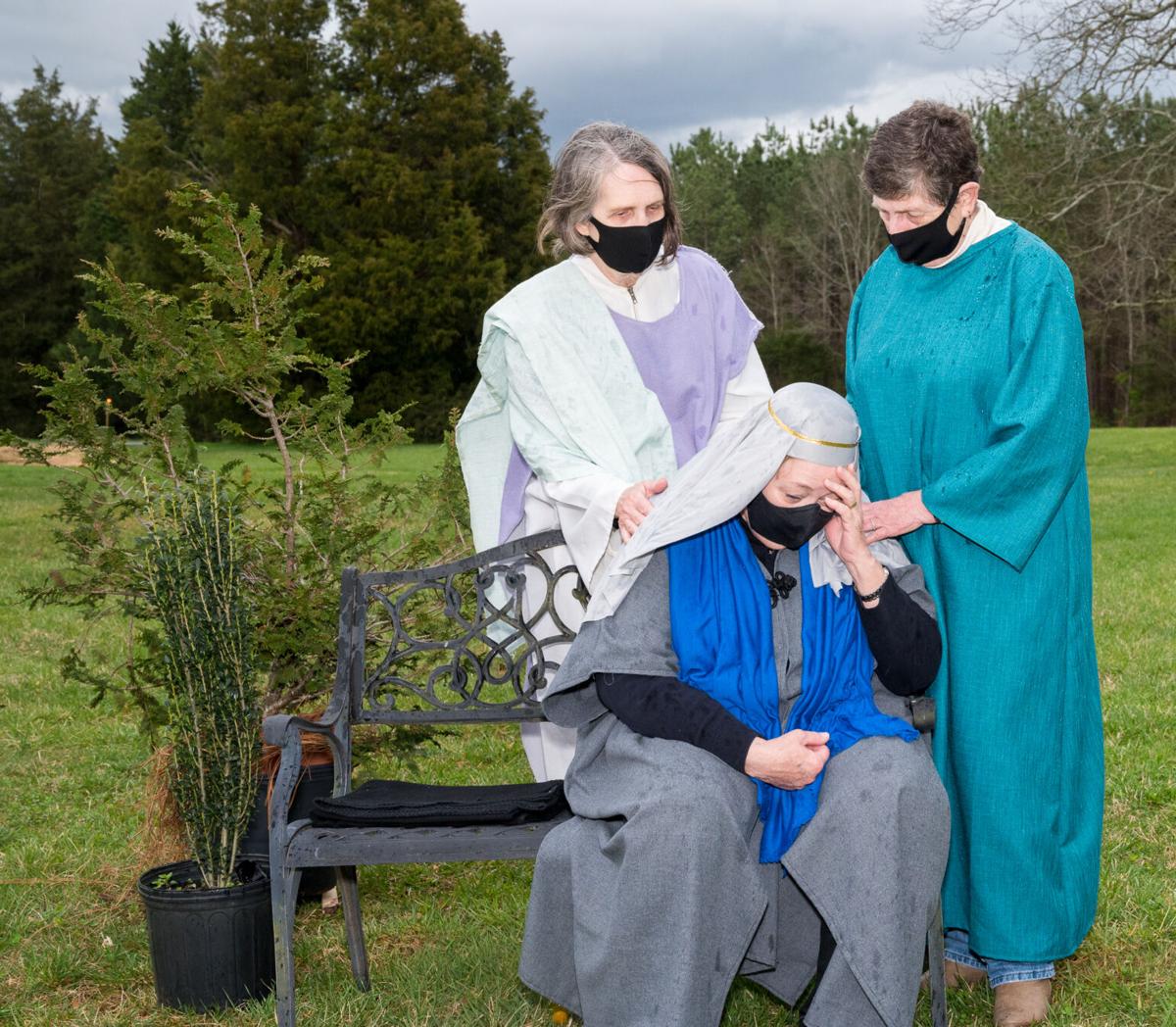 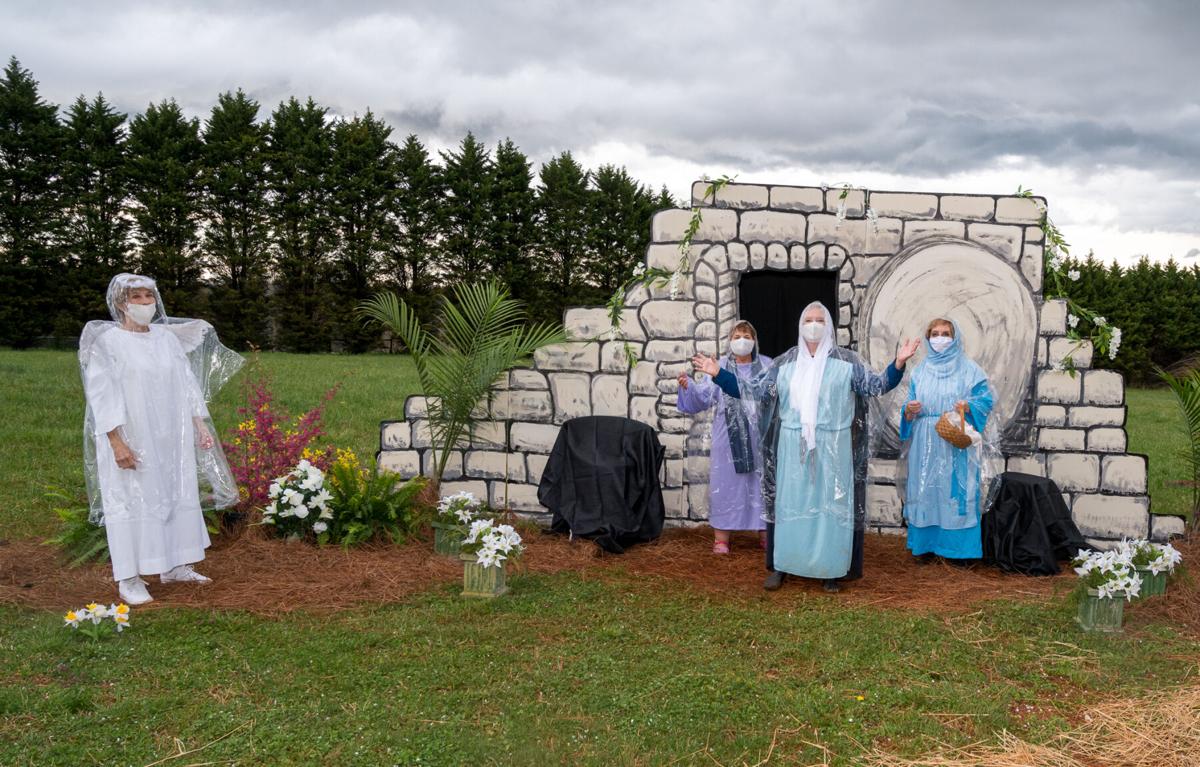 The congregation at Cedar Grove Lutheran Church recently shared an extensive retelling of the story of Jesus’ suffering, death and resurrection. In this drive-through event, more than 80 members of the church portrayed the story in eight scenes. In the two days that the event was staged at the church in Vale, more than 375 cars drove through.

“We did it a six-scene live nativity for Christmas,” Becky Engle said. “Afterwards, we did an evaluation with the people who were involved, and we decided that we would follow-up at Easter with a passion drive-through. With people not having the opportunity to get together and do things, that this was a safe way we could share the gospel with our community.”

None of the actors had set lines for each scene, they were just told what they were supposed to do. For example, in the first scene, “The Triumphal Entry,” Jesus arrives in Jerusalem, with his donkey. A large crowd spread their cloaks on the road and others cut branches from the trees and spread them on the road as they shouted, “Hosanna to the Son of David. Blessed is the one who comes in the name of the Lord.” The church member playing Jesus, blessed people as they drove through in their cars. Jesus shows up in each scene.

The second scene as an expansive “Last Supper” scene.

“We gave them all information for them to read ahead of time as far as the scripture passages,” Engle said. “We told them all to tell the story without words as much as you can. When you empower people to share the gospel and you give them some tools, they do it and they do a wonderful job.”

In the “Crucifixion” scene, Jesus was played by Travis Shidal said that he wanted it to be as authentic as it could be. He made his own costume. The rest of the costumes were made by Lillian Richardson and Amy Carpenter.

There’s a Jerusalem tree in the “Betrayal” scene which almost miraculously bloomed in time for the “Living Passion.”

“We expected to be back in church by Easter, but it’s not going to happen,” Engle said. “We’re meeting outside under the arbor.

Engle believes that the church will continue to do these drive-through events in the future.

“Loretta Beam was the inspiration behind this,” she said. “She is in charge of our music and I think she was looking for a way to use people who normally would have been involved in the music and other things in the church. With everything that’s happening, that just wasn’t a possibility.”