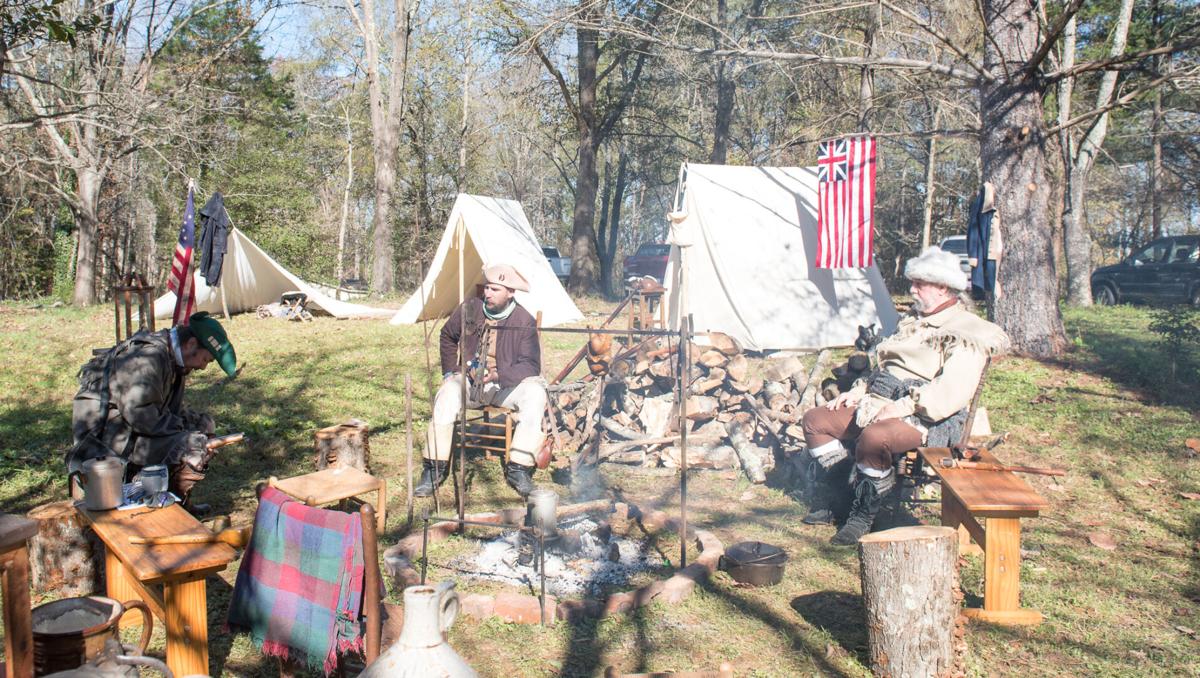 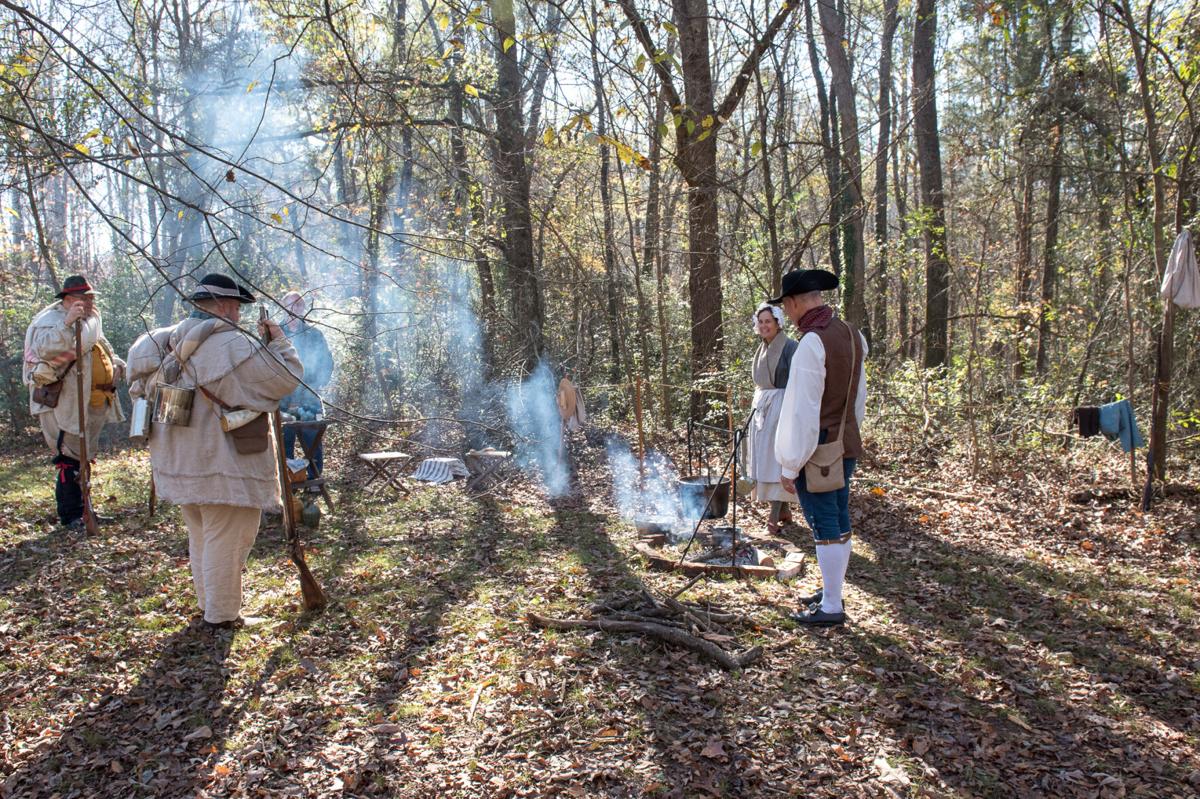 Because Battle Week was cancelled, Roy Lightfoot decided to organize a mini rendezvous with individuals involved in Thunder Over Carolina Inc. on his property in Lincolnton. Lightfoot is vice president of TOC, an organization formed to preserve and teach about the Battle of Ramsour’s Mill and to perpetuate the local production, “Thunder Over Carolina” The group has also produced two short films both loosely based on the Battle of Ramsour’s Mill, “The White Paper,” and “The Encampment.” Lightfoot also invited others he knew who normally attend Battle Week to take part in his event.

“Everything we had going on as far as reenactments and other gatherings were shut down,” he said. “We decided that it’d be a good idea to do this. This all came about six weeks ago maybe. This is my land and it’s a shame to have five acres and let it go to waste.”

Those individuals who take part in the interpretation of what times might have been like in the past all have different reasons why they dress in period attire, collect memorabilia from different periods of time, study history and meet with like-minded individuals for these types of events. For Lightfoot, it’s about honoring his ancestors and his country.

“My father served this country for 22 years as a Marine,” he said. “My brother, whom I just lost, served for 28 years with the U.S. Army. I’ve always been a student of history and been interested in history. With a name like ‘Lightfoot’ you wonder where you come from. Most people think it’s Native American, it’s not, it’s hard, stone cold English. We originated in Virginia in the 1600s with my ancestor Phillip who was the original ancestor to come over from England. There’s a small town in Virginia known as Lightfoot.”

As he’s attended these reenactments and celebrations, Lightfoot has met others with similar interests, and they’ve become friends.

“I started with ‘Liberty Mountain,’ a play that’s done in Kings Mountain about the battle of King’s Mountain,” he said. “A few years later, we decided to revamp ‘Thunder Over Carolina,’ a play that was done in Lincolnton in the 1950s. At that point, we decided to become Thunder Over Carolina, Inc. Our group has grown from that. A lot of these folks here like to fire black powder.”