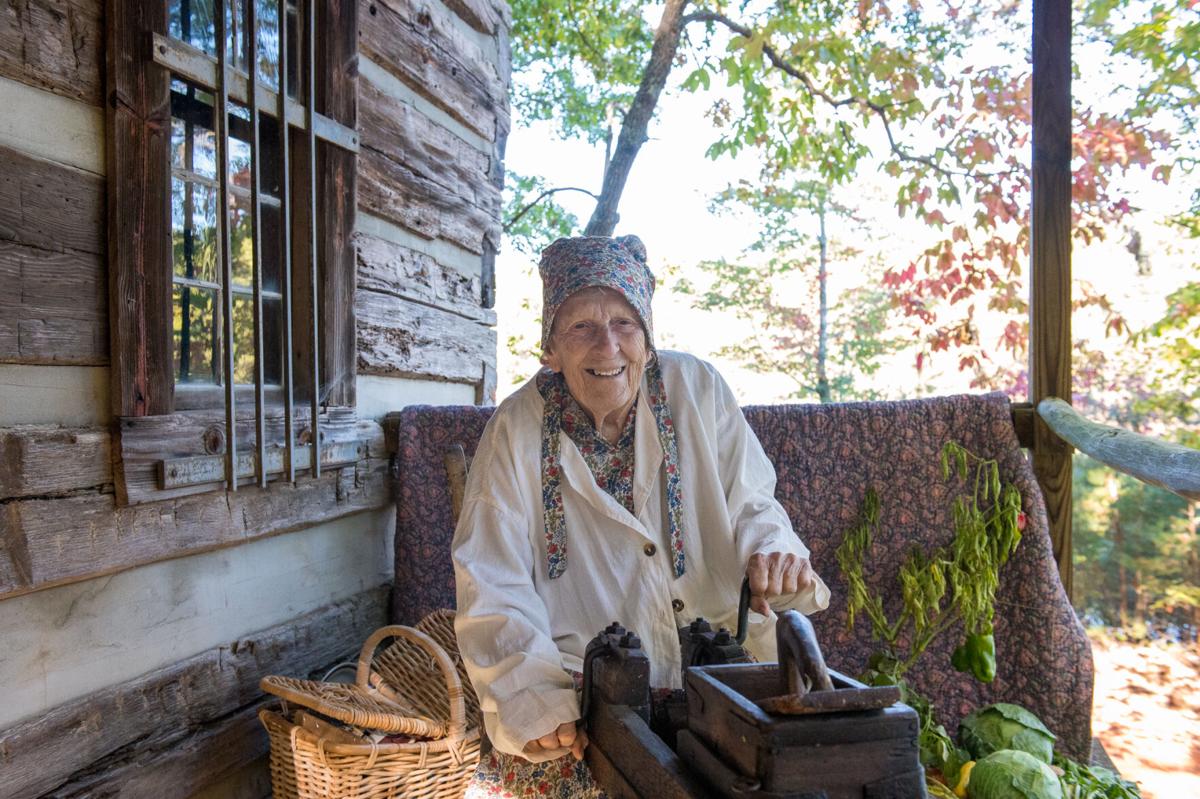 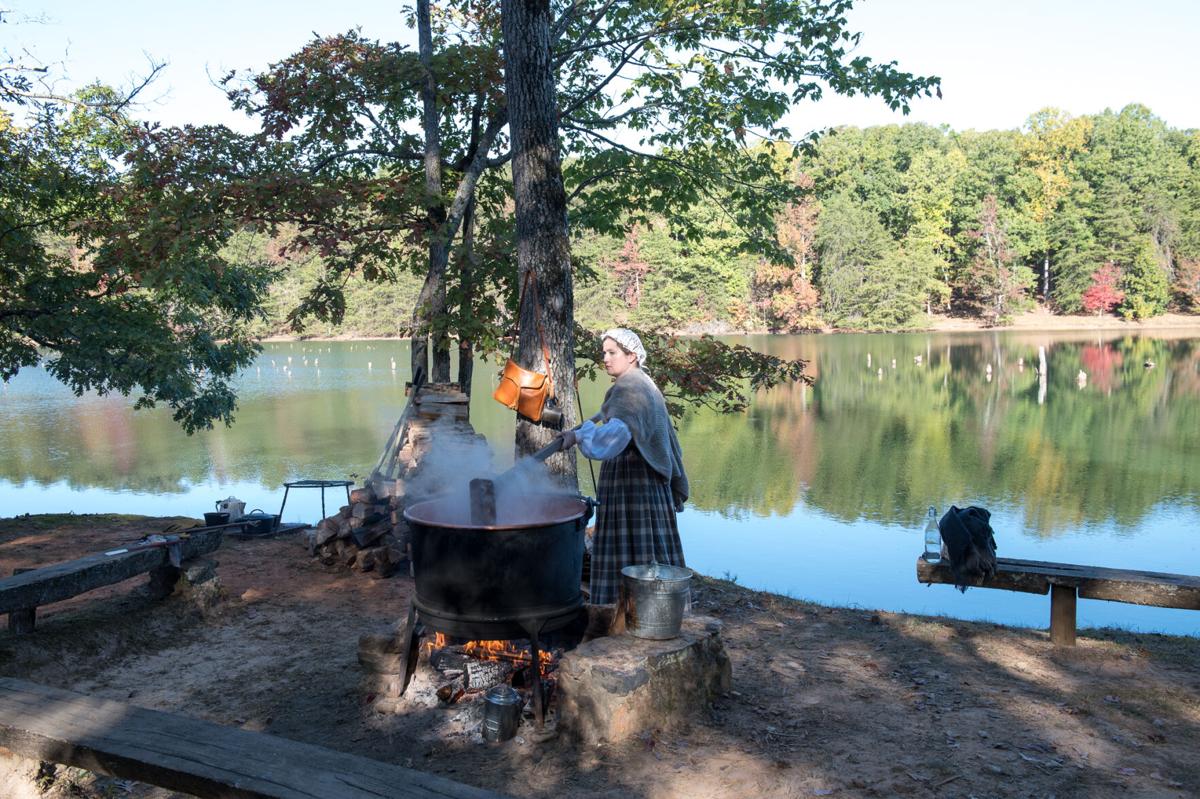 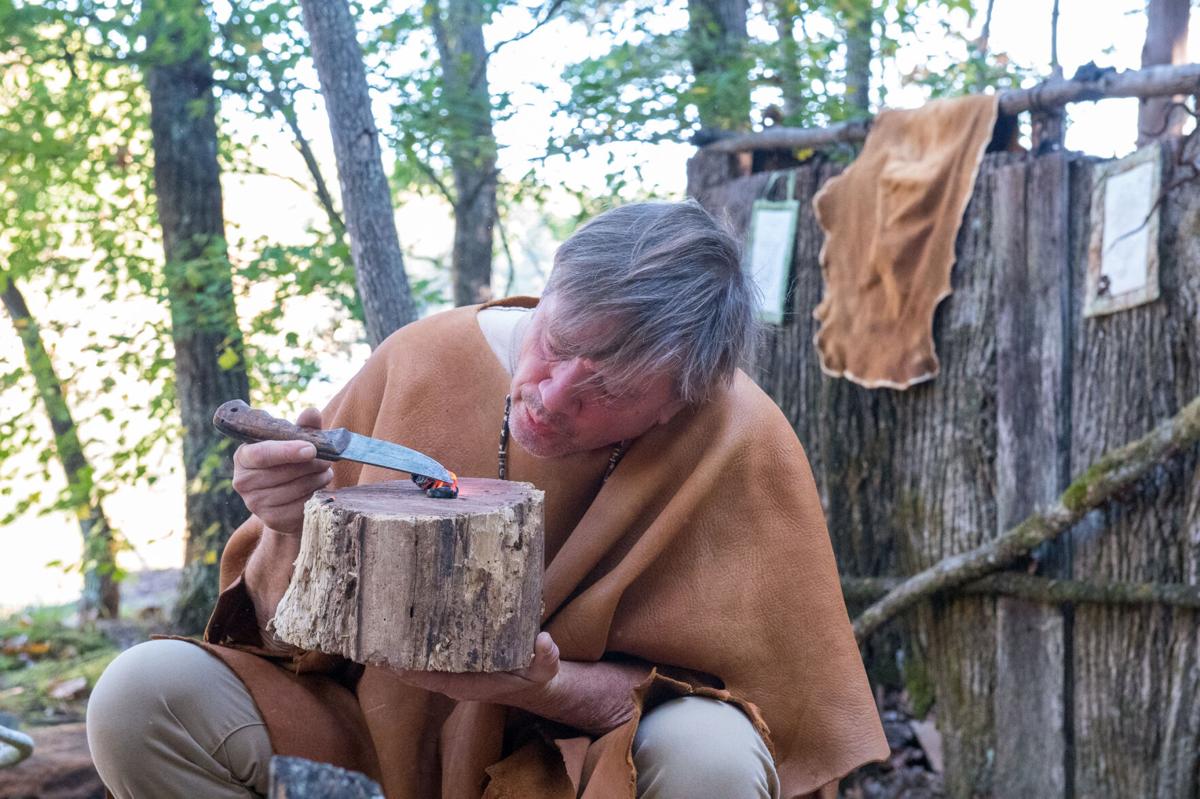 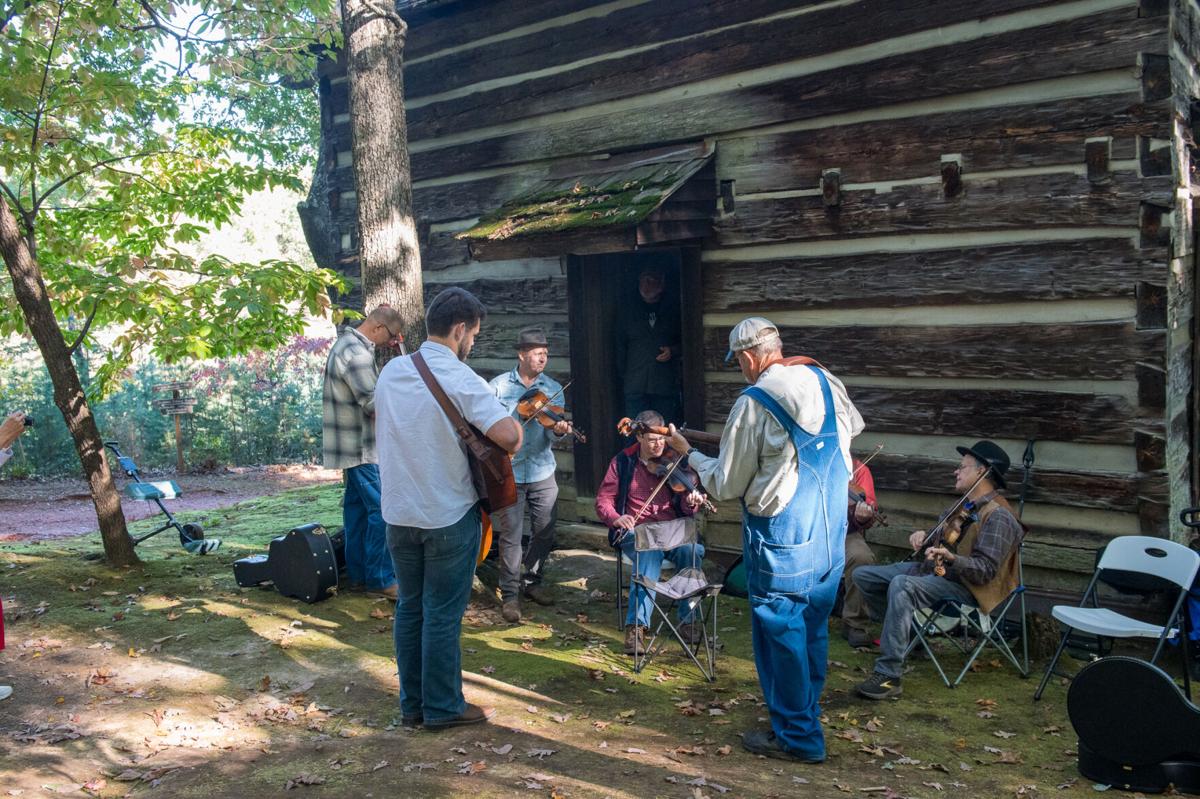 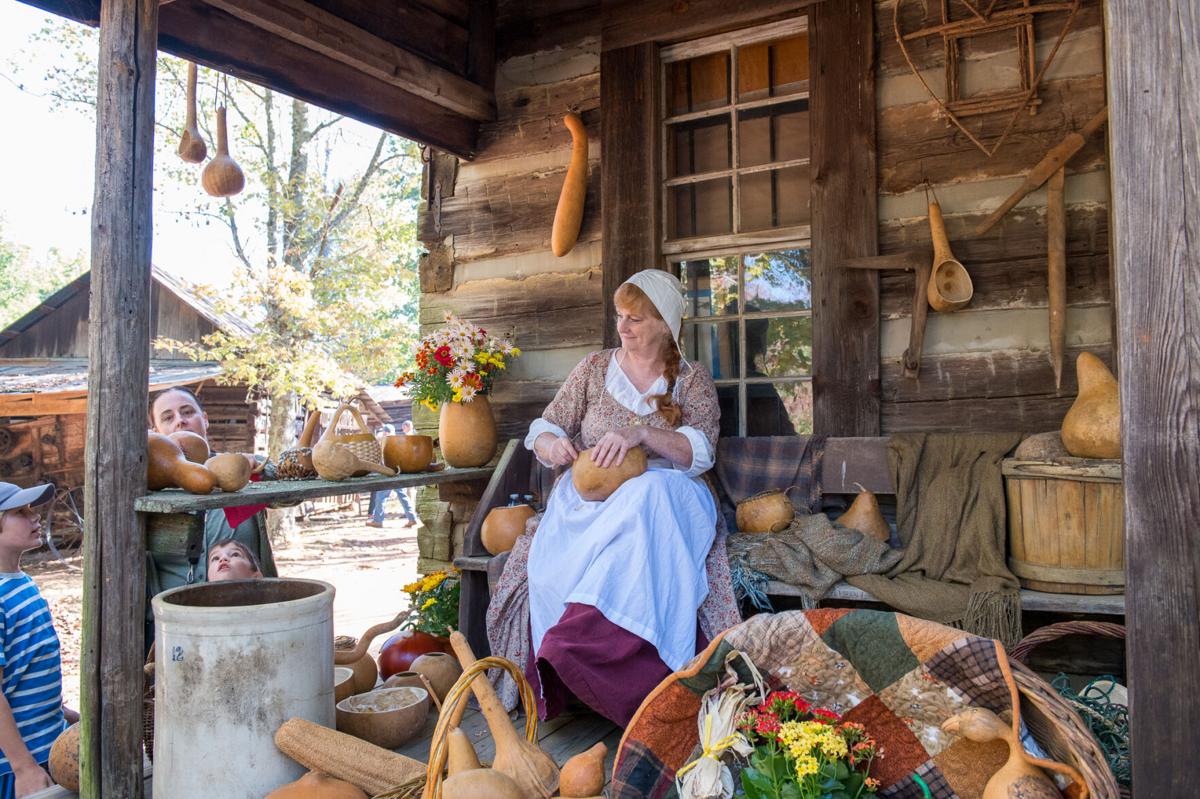 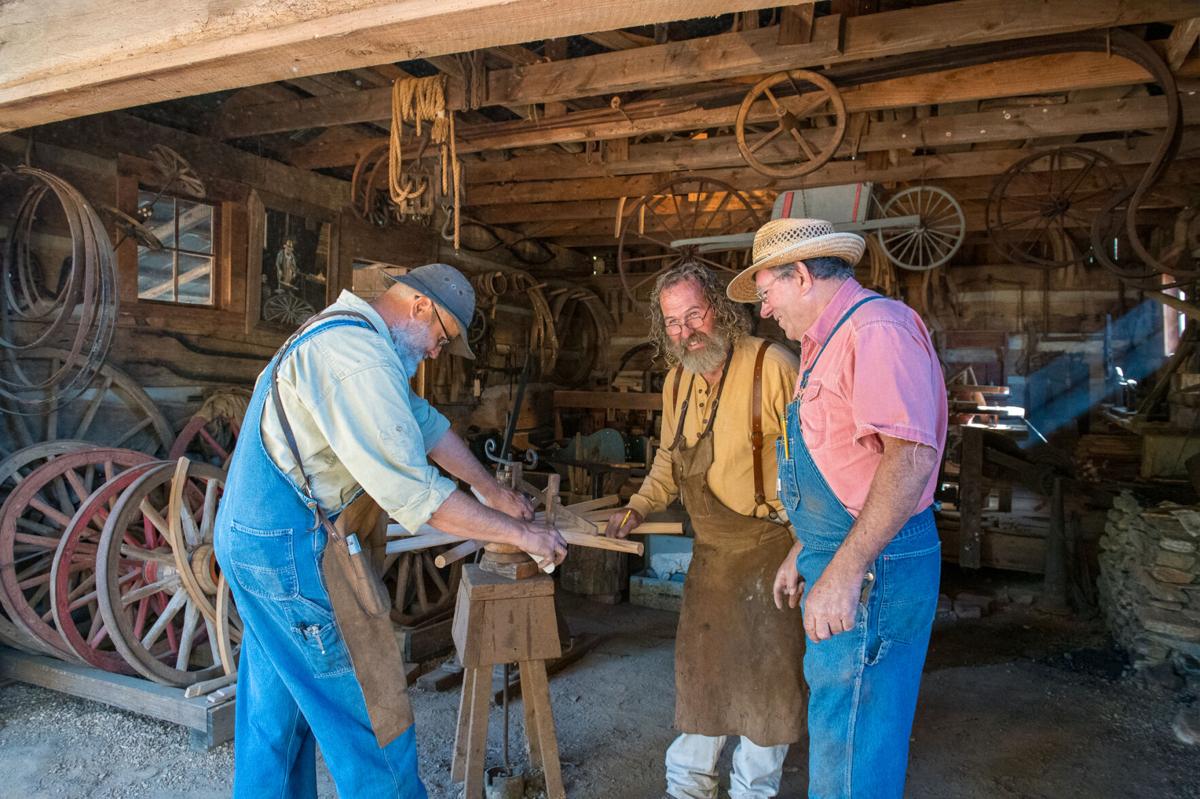 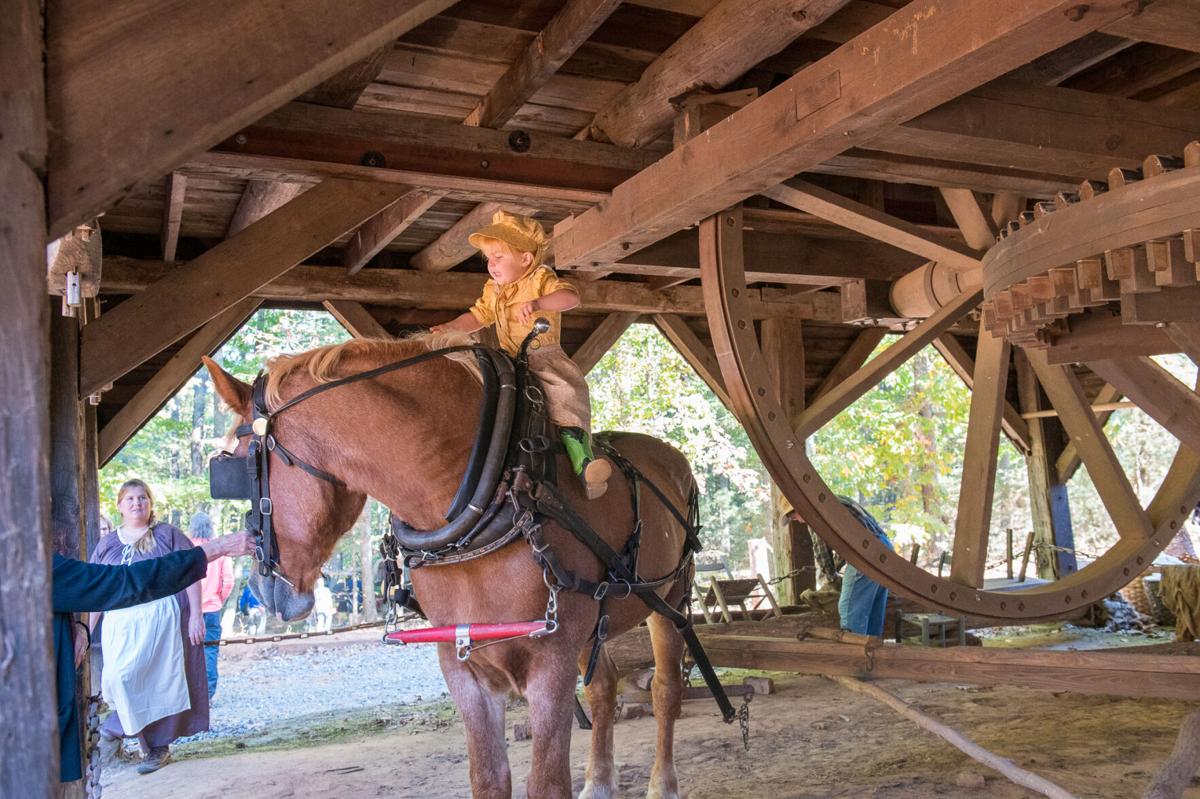 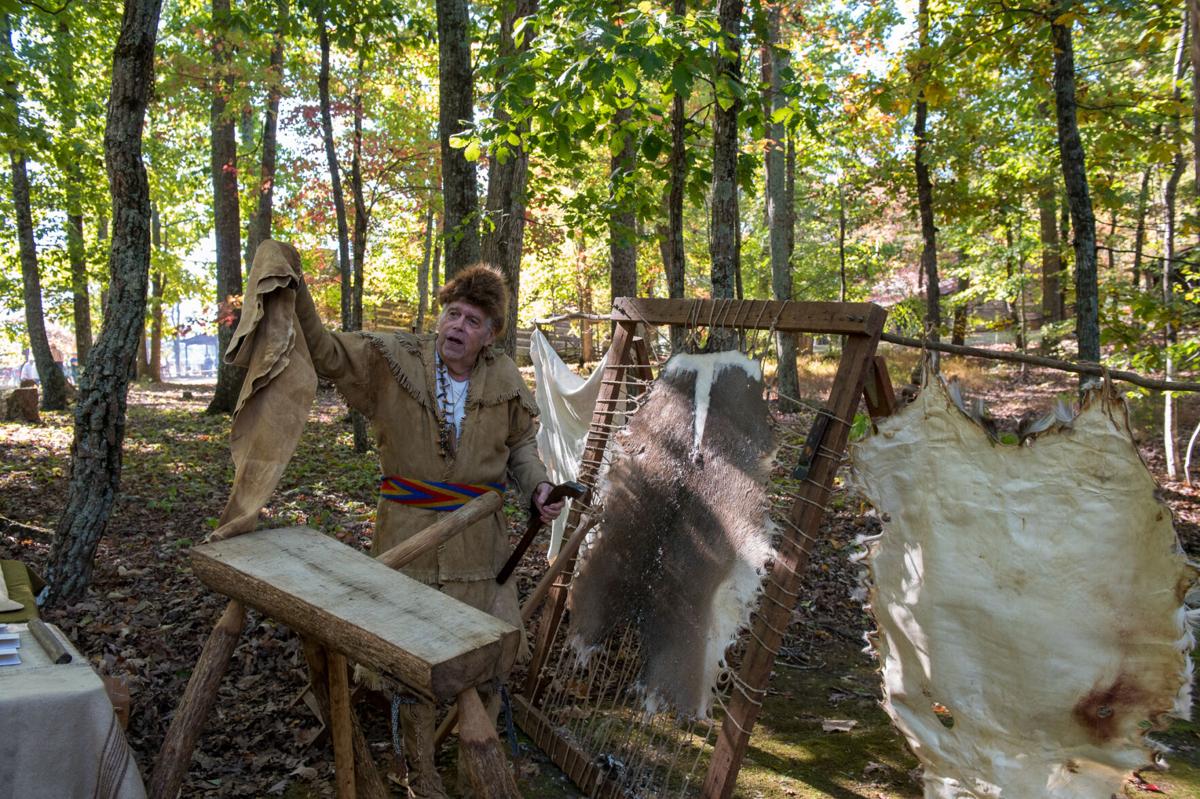 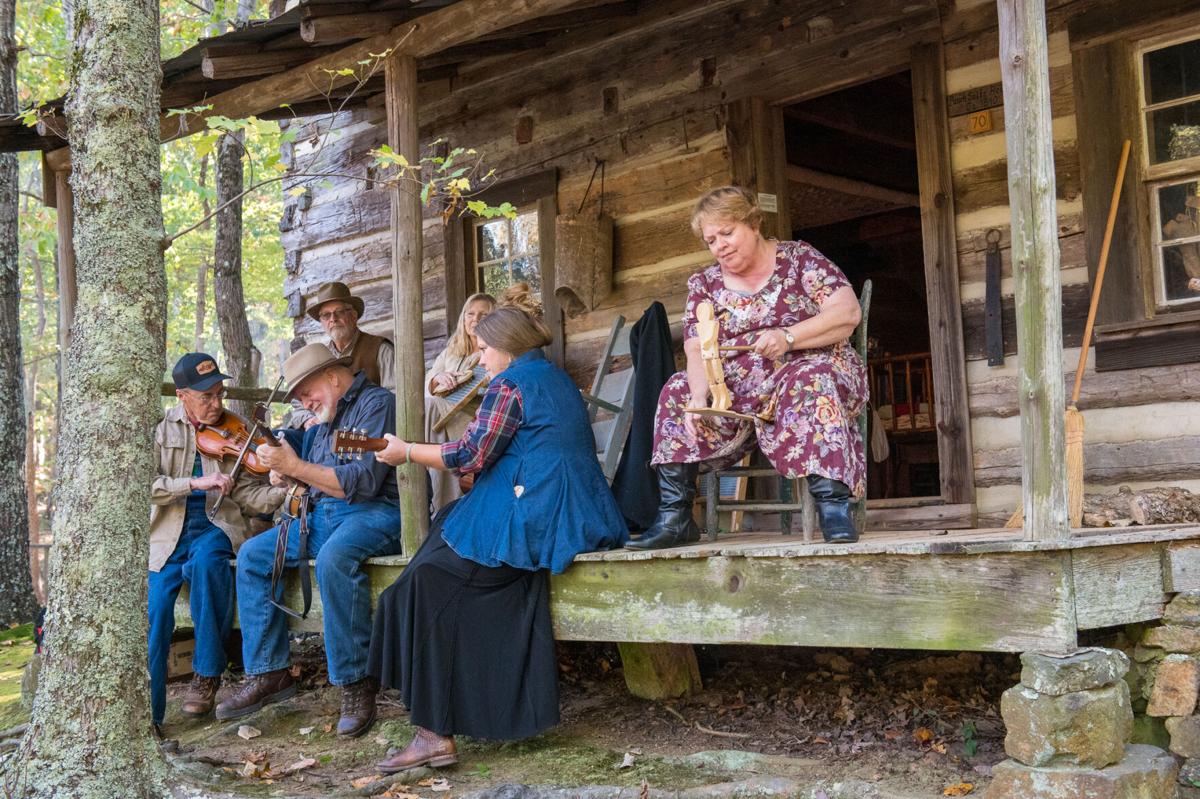 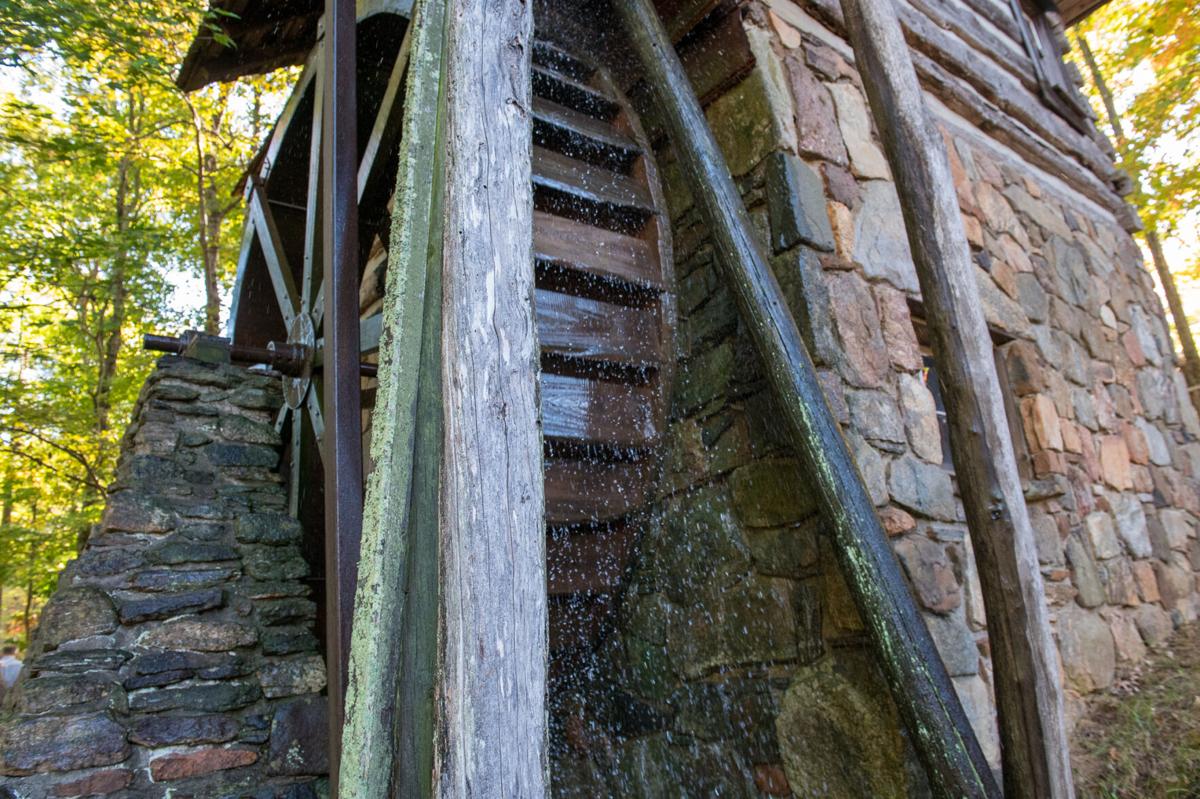 The annual Hart Square Festival continues on despite the loss of its founder, Dr. Robert “Bob” Hart and a global pandemic. There wouldn’t be a Hart Square which is truly a local treasure if it were not for Dr. Hart. There wouldn’t be a festival if it were not for the hundreds of volunteers and artisans who gather to share what life may have been like in North Carolina in the 19th century.

Hart Square Village began in 1973 when a long-time friend of Hart suggested that an old, falling down building would “look great on the new pond you put in.” Hart, a retired physician, had purchased the 200-acre property in Vale in the 1960s to use as a wildlife preserve. The “Hunsucker Cabin” was dismantled and moved to what was then intended to be a nature preserve.  After the cabin was installed, the same friend asked if Hart wanted the barn too, because “he had to have a barn,” and then an outhouse and a well house.

Then the word got out and people started calling Hart suggesting that he come and look at the cabin that they had on their property to see if he wanted to add it to the collection.

Once he had numerous log structures in place, Hart thought that a festival would be a great idea and invited some friends to tour the village. This led to what is now an annual festival.

There are currently over 100 buildings on the property, modeled after a North Carolina village from the 1800s, most of them local coming from within five or six miles of the village in Vale.

One of the many artisans who was on hand on Saturday was Linda Canipe who lives in Vale came to the second festival at Hart Square and she’s come every year since.

“I just walked around and looked at everything,” she said. “I thought I died and went to heaven. The next year, I started working here and have been doing it ever since.”

Canipe was at the Propst House cutting up cabbage, much as it may have been done in the 1800s to make sauerkraut.

“This is a very rare item,” she said of the wooden instrument she was using to shred the cabbage. “They found it down east somewhere. There was one man who has come through all the years I’ve been here that has ever seen one like this. It’s very fragile now. It works, but the blades have to be set up right.”

Candy Champion from Lincolnton was also at the Propst House with Macie Drum from Cherryville sewing by the meager light that came from the fire and windows. Champion has been “stepping back into time” at Hart Square for six years now.

“It gives you an appreciation for how things were and how far things have come,” she said. “The Propst House was built in 1792 and had been lived in for 120 years.”

Walking along the paths that wind through the village, a visitor could very much feel like they’ve stepped back in time. The smell of wood smoke filled the air accompanied by the sounds of fiddles. Except for not seeing Dr. Hart wearing his signature red suspenders bouncing along in a golf cart, the festival went on as it has for more than three decades. His granddaughter, Rebecca Hart is now continuing the tradition that is Hart Square.

Hart passed away on March 15, 2020. He had expressed a desire to die at Hart Square, so his family brought him back to his favorite cabin by the lake where he passed peacefully. Given Hart put his heart and soul into Hart Square it stands to reason that his spirit will live on there.

Hart Square is normally open to the general public only once a year and always on the fourth Saturday of October.  There’s now an opportunity for people to become members of Hart Square. Membership funds provide the opportunity to share this beautiful place with the community, North Carolina K-12 students, and beyond. The purpose of membership is to provide revenue to the continued preservation and maintenance of the log structures and interiors. This core group of supporters has a deep love for preservation and education. Membership hours are Monday to Friday 9 a.m. - 5 p.m. For more information and to learn of future events at Hart Square, visit https://www.hartsquare.com.