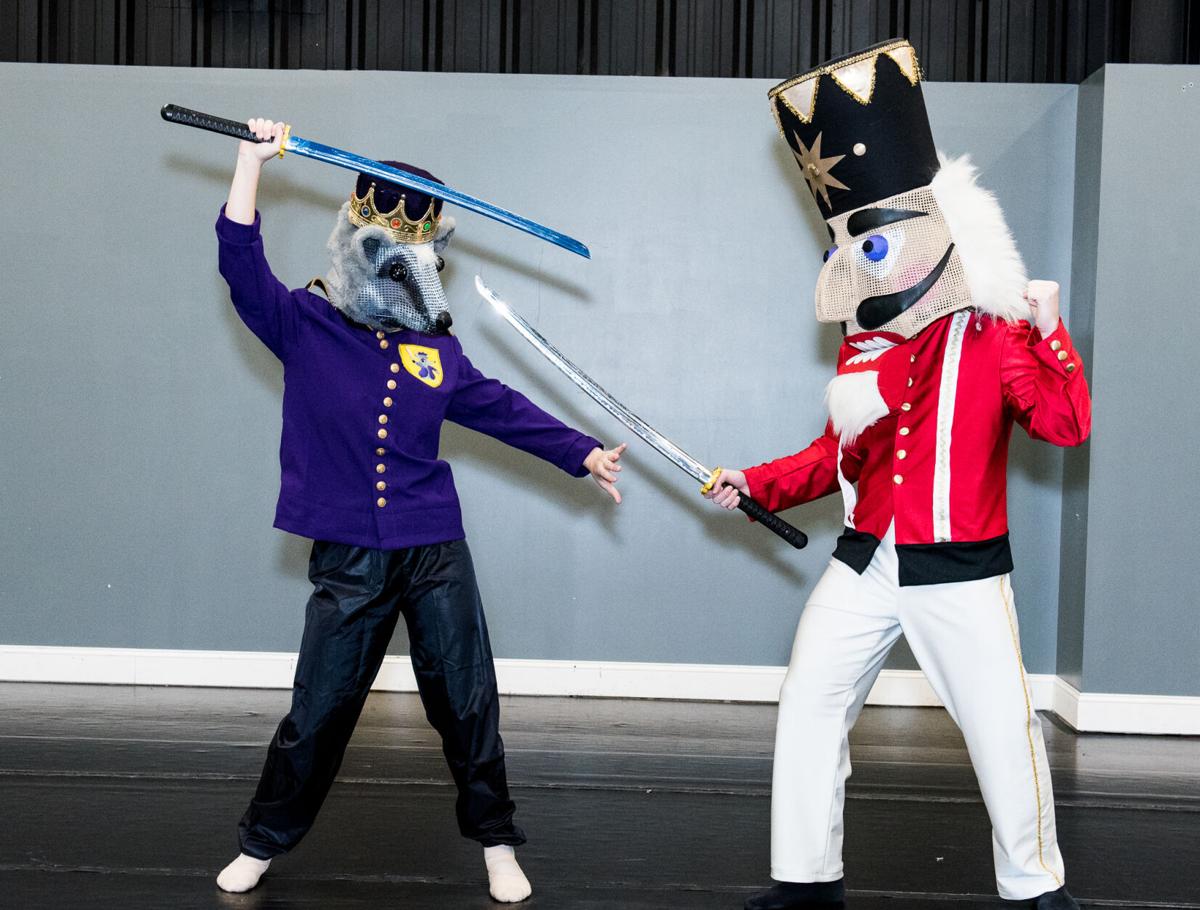 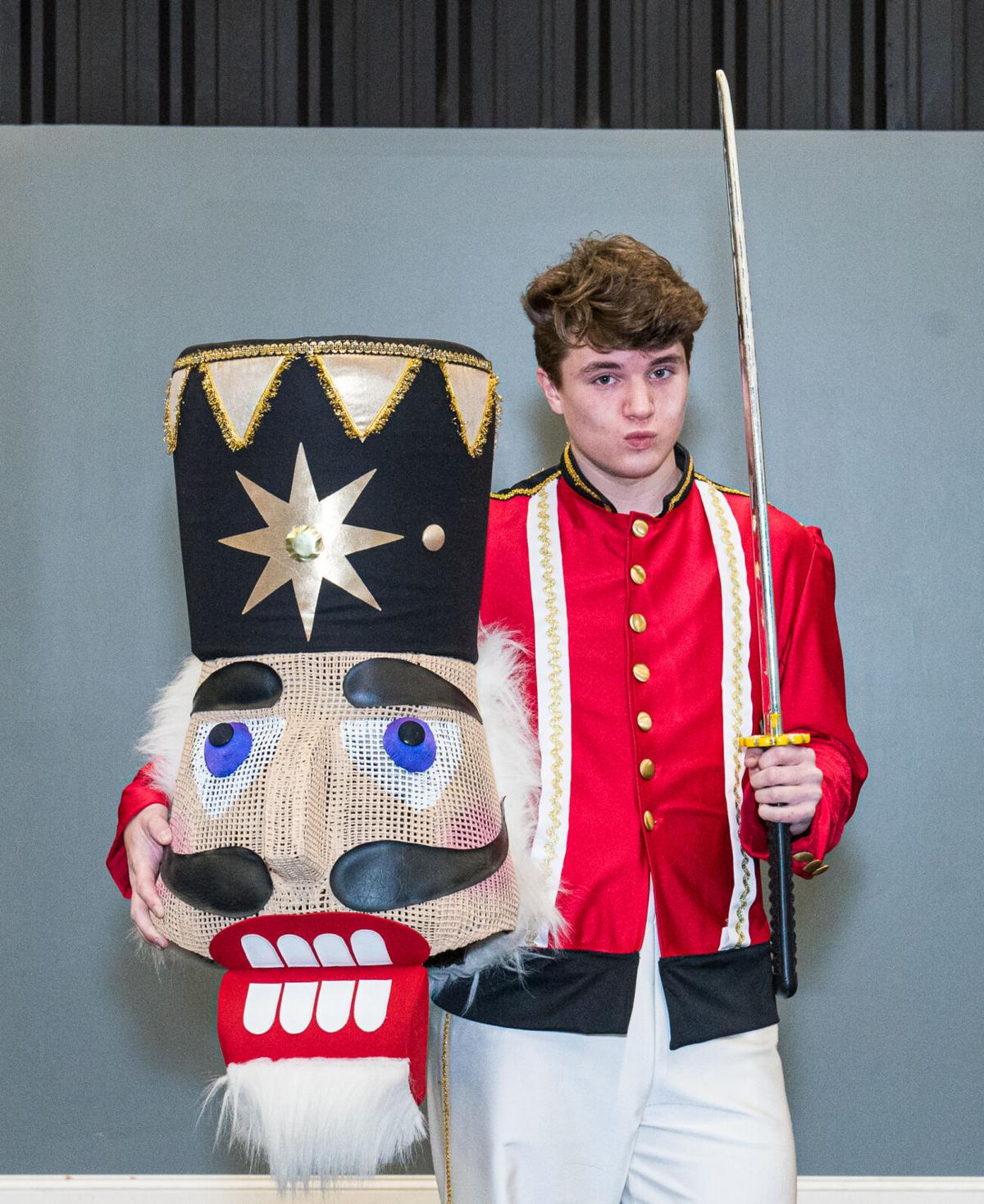 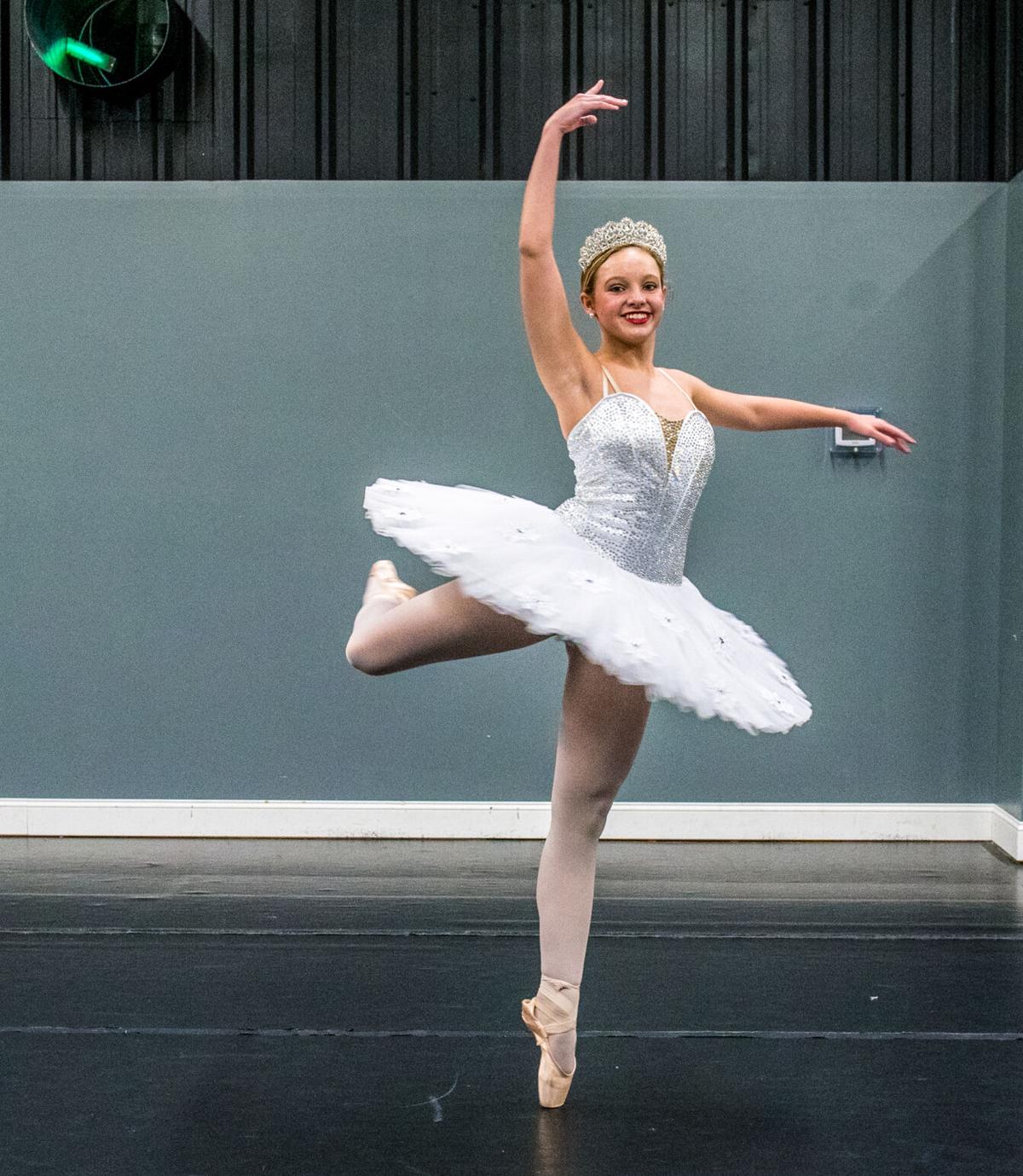 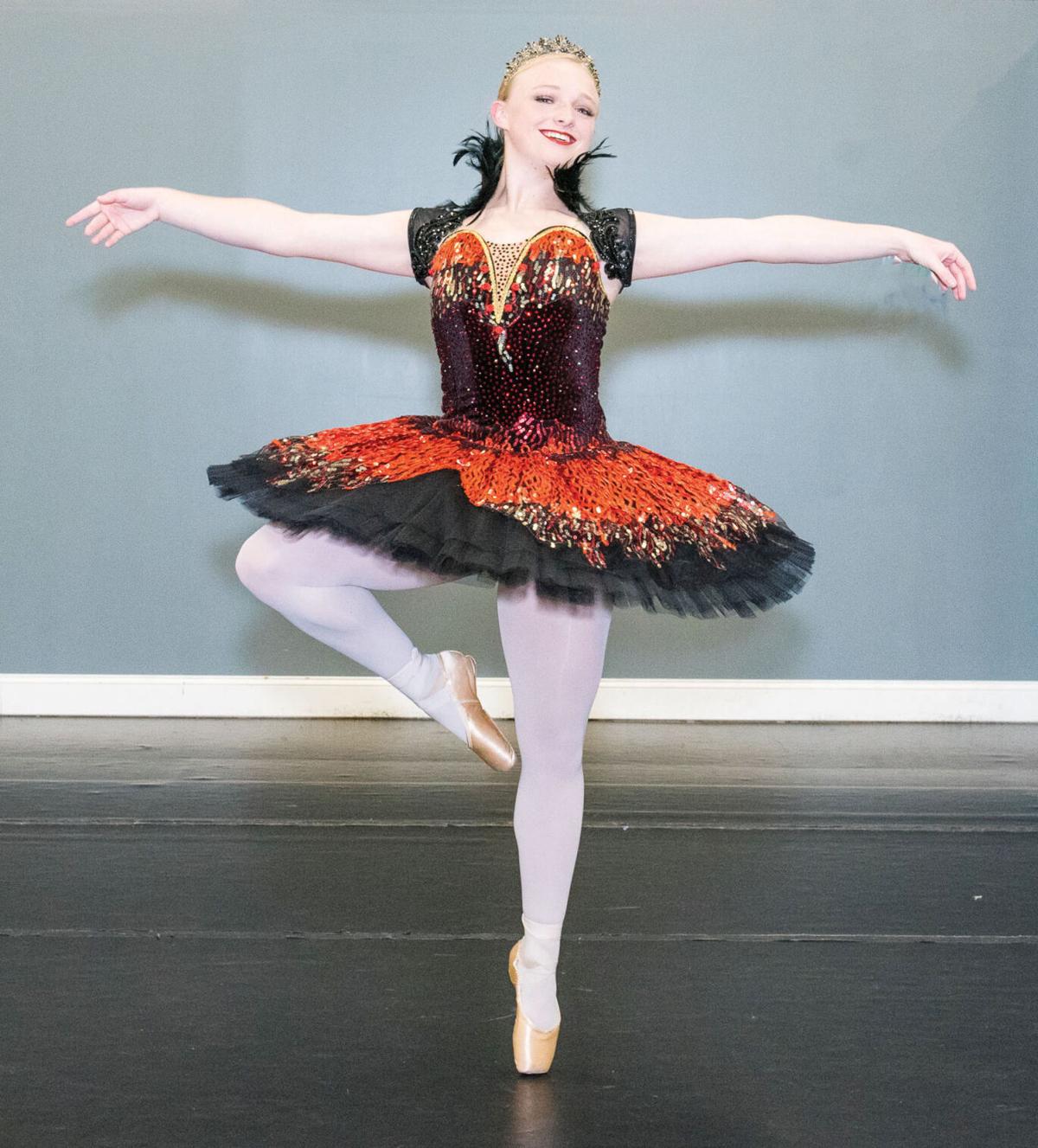 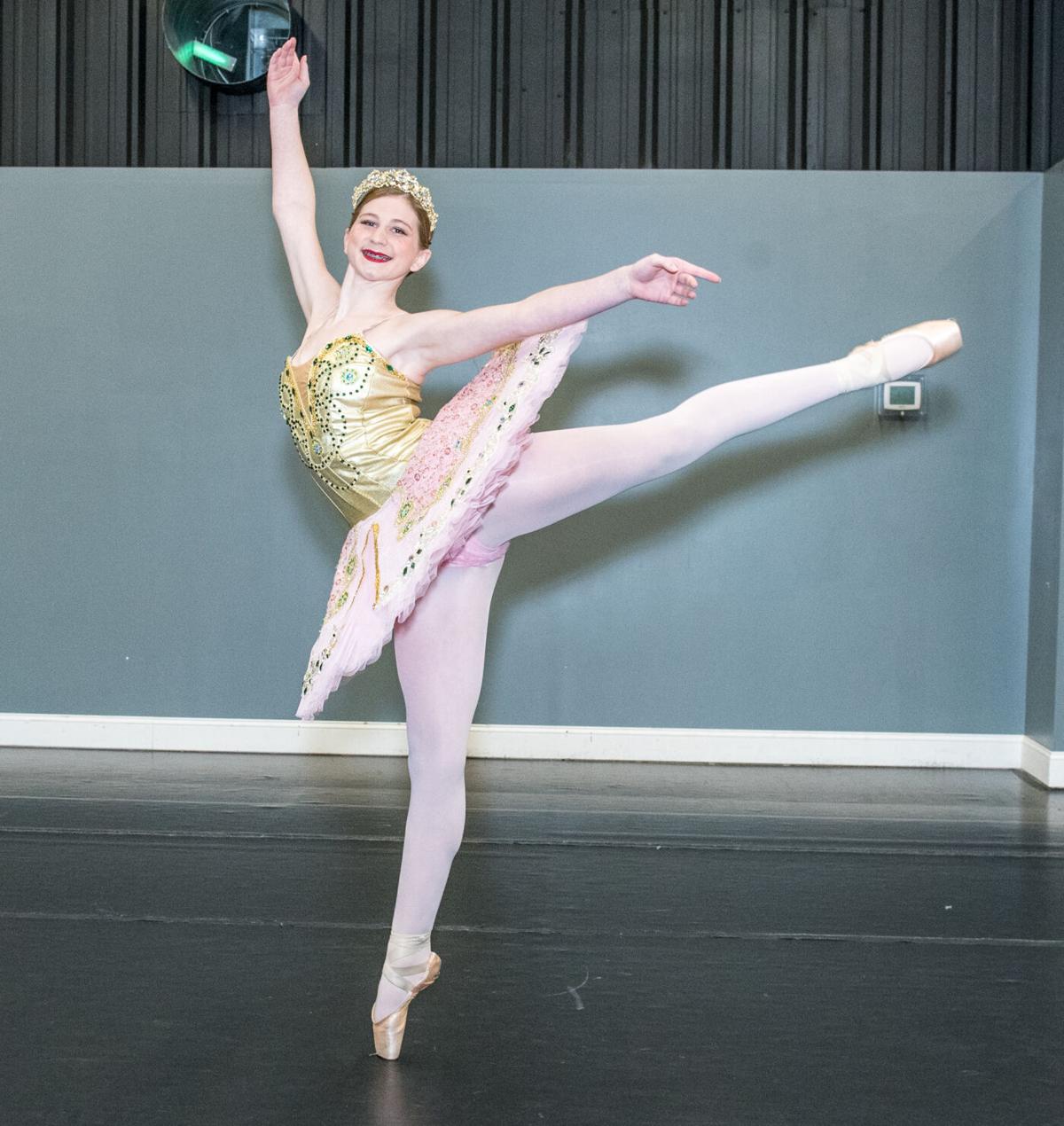 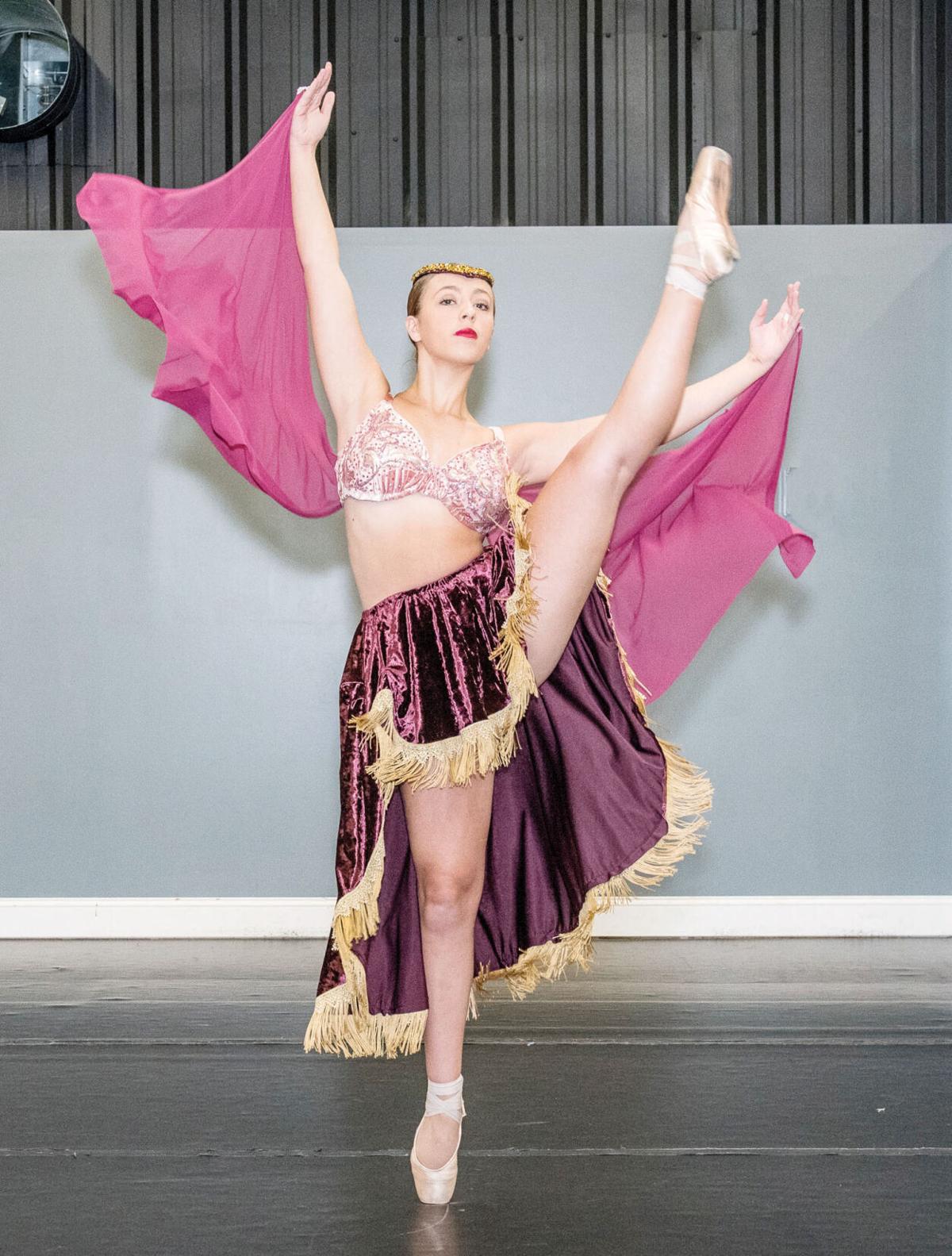 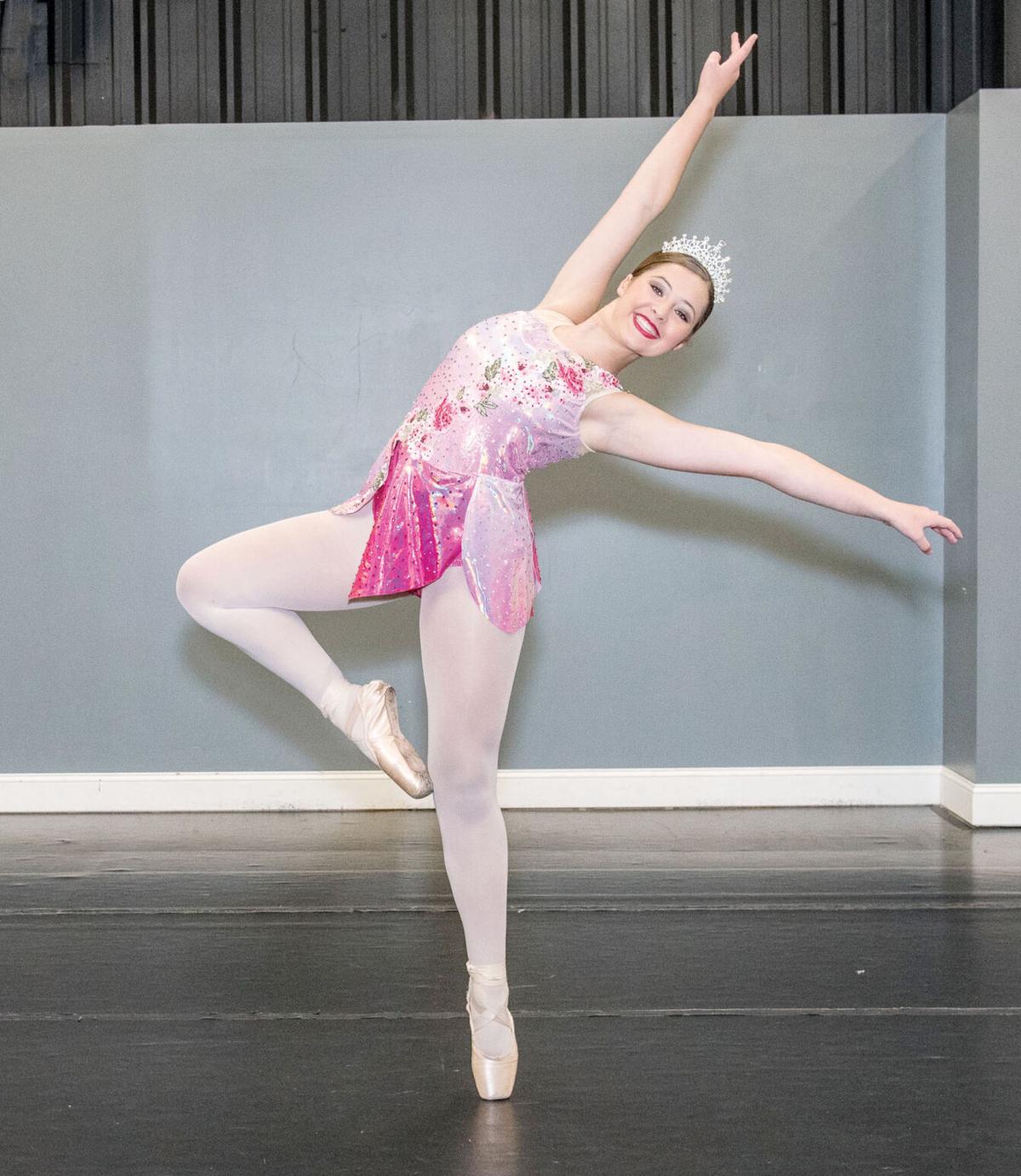 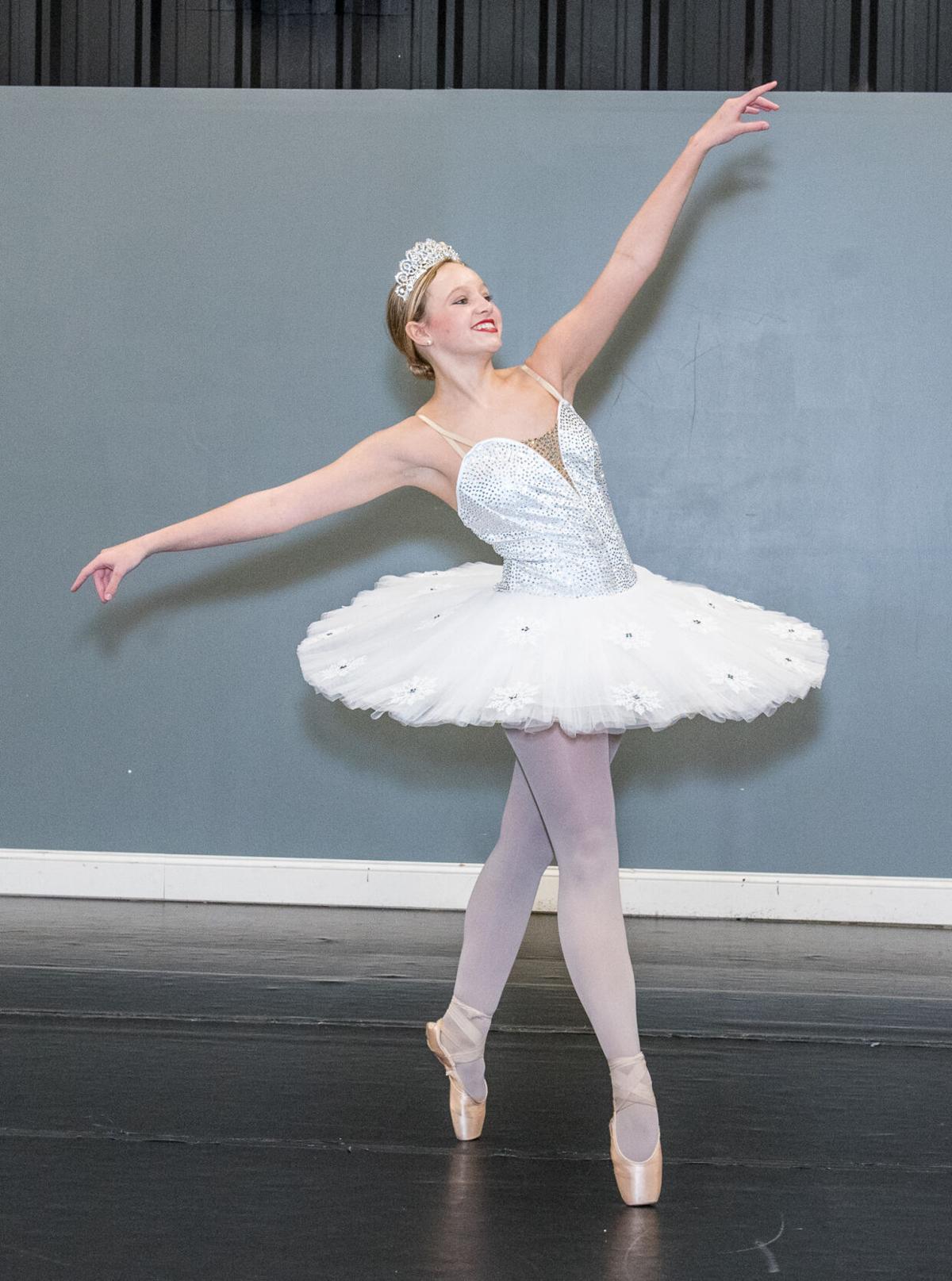 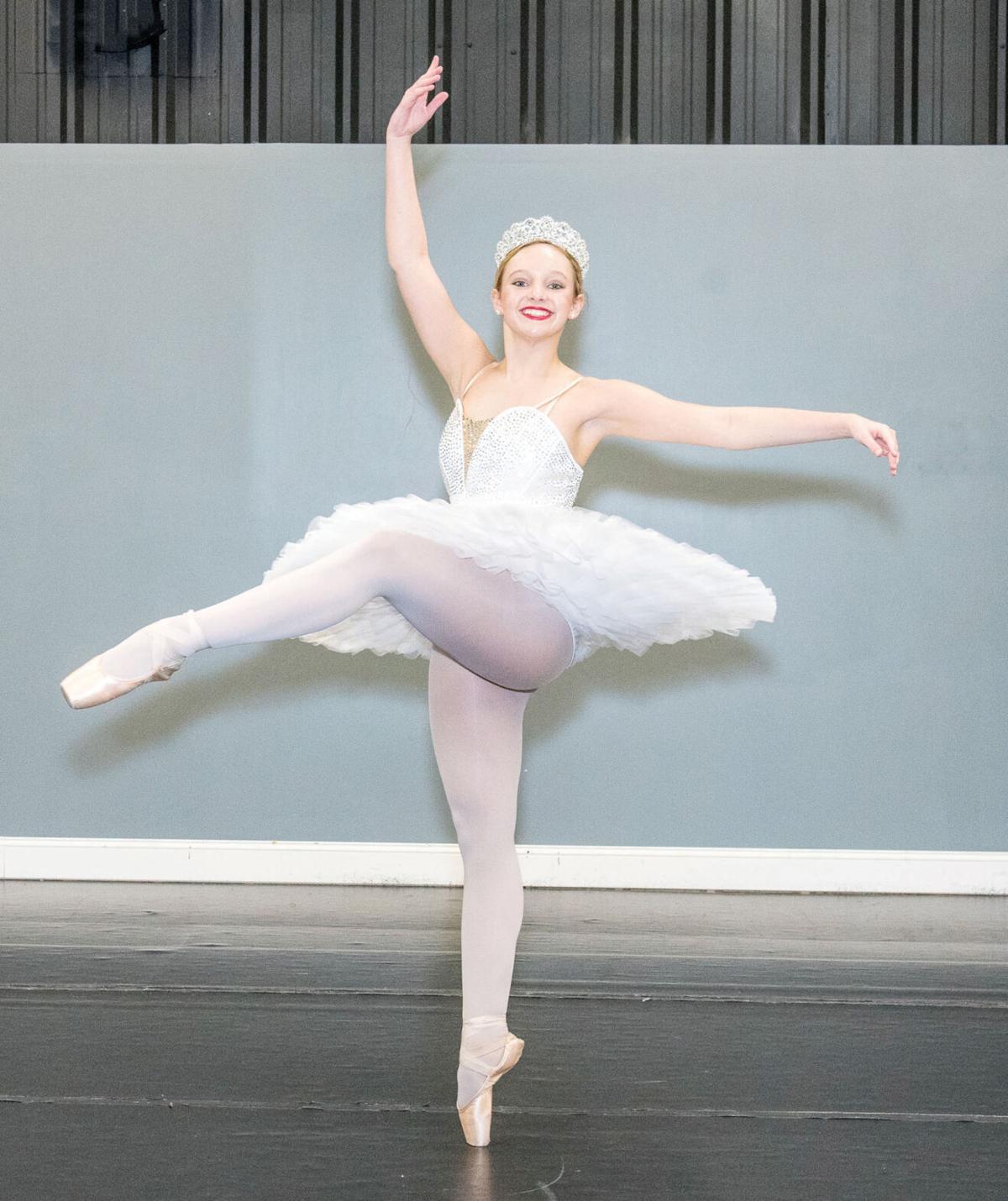 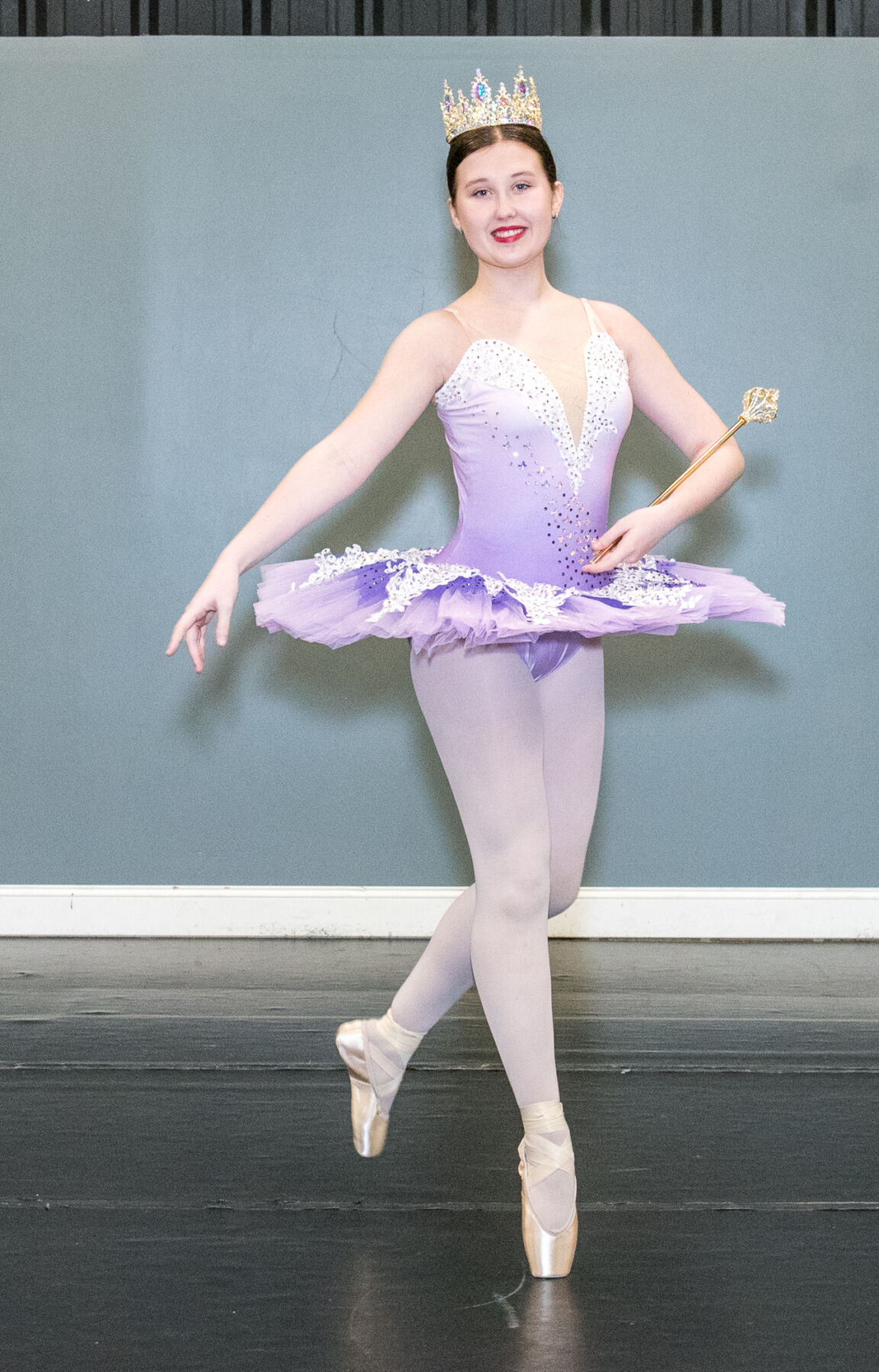 The 2020 production of the Lincoln County “Nutcracker” youth ballet will be performed but tickets to attend the show in person will be limited to the immediate family of the performers. Don’t fear – there is a silver lining and dreams of the Sugar Plum Fairy will still be realized this year. Tickets for virtual showings of the “Nutcracker” will soon go on sale for $20 a ticket. That means the epic battle between the Mouse King and the Nutcracker will occur in living rooms across the county and beyond. The glorious dance of the Snow Queen can be enjoyed no matter where the viewer lives. It’s anticipated that this will open up the audience to this annual production to more people than ever before.

An East Lincoln High School senior, Nathan Thompson will be dancing the part of the Nutcracker this year. This is not the first year Thompson has danced in the “Nutcracker,” but it’s his first lead role. He didn’t try out for the role, but it was decided that he “was the boy who could do it. He’s finally old enough and he’s our only option.”

“I was reluctant at first because I didn’t know if I’d have enough time,” Thompson said. “I’ve got a lot of schoolwork. They begged me to do it.”

Thompson admits to sometimes getting bullied for being a dancer, but it’s not that bad and he has the advantage over them when it comes to dancing at proms. His parents put his big sister in dance lessons, and he got brought along. It helps that Thompson’s girlfriend, Hadleigh Curles is dancing the part of the Sugar Plum Fairy.

“I did hip hop at first, then the last couple of years I started with ballet,” he said. “Hadleigh and Mary Claire (Brown) convinced me to start. At first it was just me doing it for them, then I realized if I can’t do it (dance the role of the Nutcracker) then the show’s not going to happen. It’s been fun, I’ve become good friends with all of them. We spend seven or eight hours here every Saturday practicing.”

When he graduates, Thompson plans to attend North Carolina State University and major in civil engineering. He likely won’t continue dancing while in college.

Fighting the battle with Thompson is Hope Bryant, an East Lincoln Middle School eighth grader, as the Mouse King. She said she was too tall to play a mouse when she first started in the production, so she played a soldier. This is her fifth- or sixth-year dancing in the “Nutcracker.” Last year, she was a Russian and the Jester Doll.

“I like that this role is really theatrical,” she said. “It’s different than all of the other ones because I have to act through the head (costume). I can’t use my face.”

The sought-after role of the Snow Queen was landed by Mollie Gilmore who is a ninth grader at West Lincoln High School. She’s danced in the production for nine years. Last year, she was an American Beauty (in the Waltz of the Flowers) and a member of the Dance of the Reed Flutes.

“I worked a lot harder on my Pointe skills since the last time,” she said. “I think next year I’m going to try to get the Dew Drop Fairy role.”

The Dance of the Snowflakes is one of the longer dances (six minutes) and this has been a bit of a challenge for this young dancer.

“I wasn’t expecting this role because it’s my first year on Pointe,” she said. “I was very proud to get it.”

Going from Demi (Demi is a classical ballet term meaning “half”) involves a lot of strengthening of the feet, Black explained. She was a member of the Waltz of the Flowers last year.

“It’s a big change, you have to get used to your feet,” she said. “I’ve had a lot of problems with blisters. You learn how to work your feet in the shoes. It’s challenging.”

Black’s mother put her in dance when she was just two years old and she fell in love with it.

“I tried other things like soccer, but I didn’t really like it,” she said. “I got into competition dance and I loved it, then I started doing ballet.”

“I’ve always looked up to this role because it’s the second best to Sugar Plum,” she said. “It was really nice to get it after Katie (Starns) who was it last year. I’ve moved up through all the roles each year.”

Gwyn Reep, a senior at West Lincoln High School is dancing the part of the Spanish Queen.

“It’s one of the shorter dances in the show, but it’s fast,” she said. “I was the Arabian Queen last year. This is my first Pointe role. I didn’t start until October of last year. It’s very different than dancing on Demi. I love the magic of this show. It gets everyone in the Christmas spirit.”

Reep said that she’s glad that they’ve been able to do the show and that it’ll be aired live so people can see it. She hopes to study political science at Wake Forest University after she graduates from West Lincoln and then go on to law school.

The role of the Arabian Queen will be danced by Rieonna Weldon, an eleventh grader who is home schooled. She’s danced in the production for nine or ten years.

“This role gives me an opportunity to push myself and work on my technique,” she said. “I like that it challenges me. This is a much different character than I’ve danced before. It’s very slow and mysterious.”

“I really wanted this role,” she said. “Ballet is my favorite style of dance. I want to go to college for dance. Ultimately I want to choregraph and be a teacher.”

Curles hurt her foot a month or two ago which has prevented her from dancing on Pointe.

Tickets for the virtual performance are available at https://lcc.booktix.com/pal/1/07a81dcee937633a?fbclid=IwAR07kMf8_9G0RnChw2UJ8iO2v2khmjE0lcp-5vPYLDsnhQgDcvpTABX8pKU