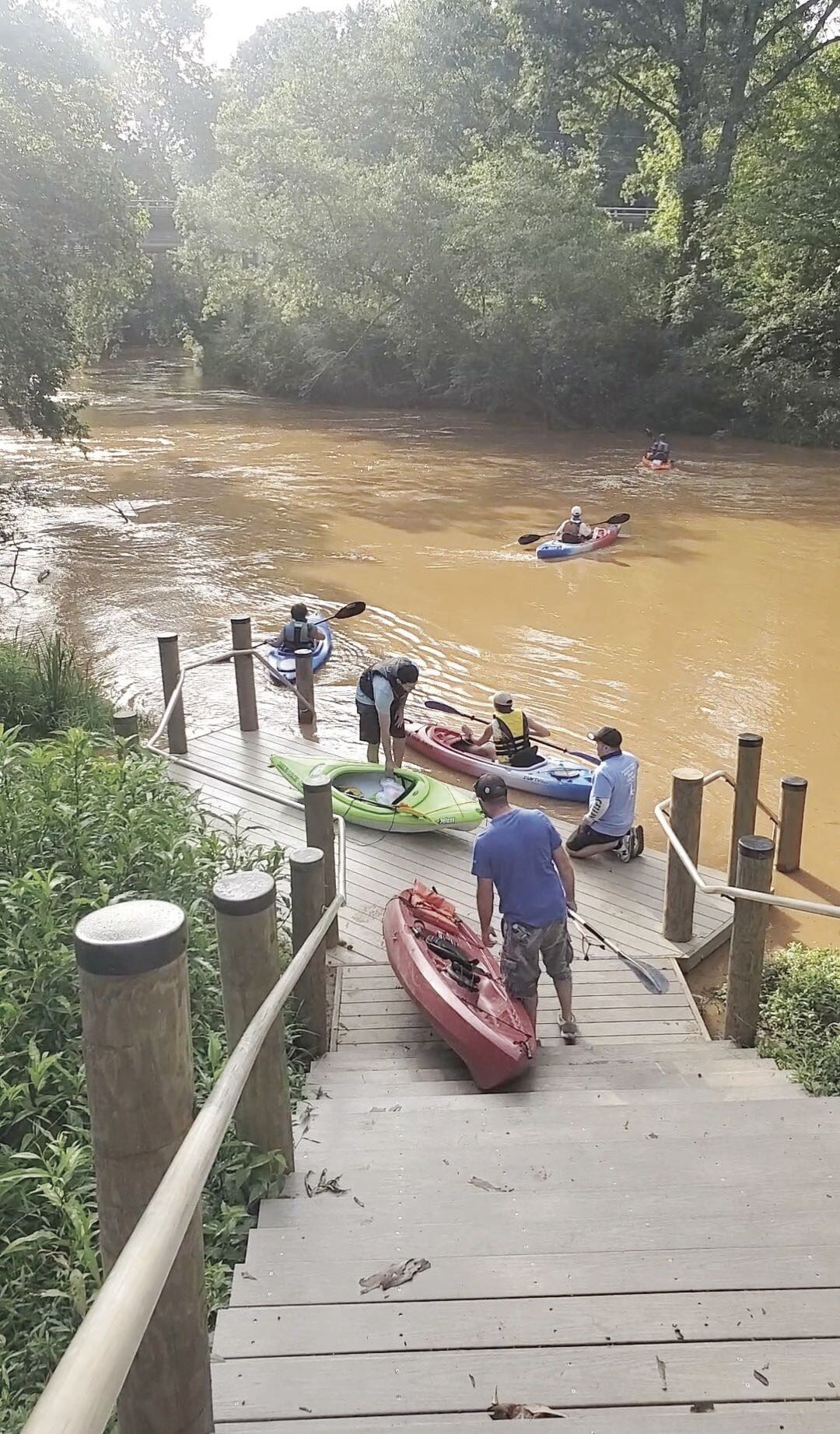 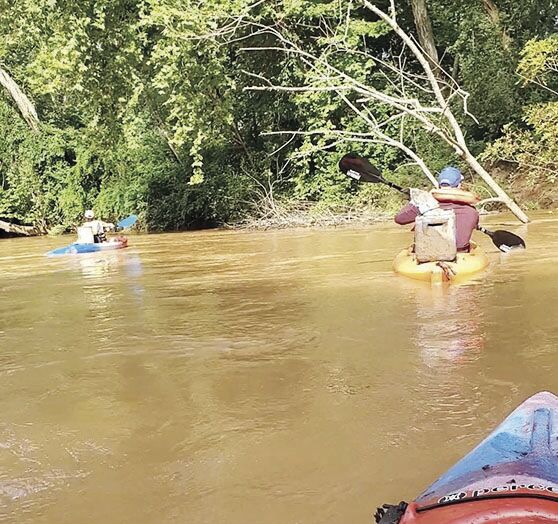 A good bit of trash had accumulated both in and along the South Fork River in Lincolnton. Keep Lincoln County Beautiful had planned to have a clean-up event in the spring, but COVID prevented that from happening. With the warmer weather, access to the banks along the river is all but impossible due to the vegetation and potential for snakes. There was a way to get to the trash though – it took several kayaks and brave souls to pilot them. On Aug. 1, a fleet of kayakers paddled the South Fork in search of trash. There was a lot of it. The group managed to pull out close to 300 pounds of rubbish ranging from tires, plastic containers, paint buckets, rope, clothing and Styrofoam.

Some people who had never piloted a kayak before took part in the clean-up like assistant to the county manager Joshua Grant, who also serves on the board of directors of Keep Lincoln County Beautiful. He admitted to having some near dunks, but he managed to drag in his share of the litter that was pulled from the river.

“A couple of the kayakers dragged some tires out of the river and I’m sure that weighed them down a little bit,” he said. “Ritchie Haynes from the City of Lincolnton also serves. It’s been a good experience serving on the board and KLCB has done a lot in the community in the short amount of time it’s been established.”

Haynes and several volunteers from the City of Lincolnton also helped out with clean-up, but they stayed on land and cleaned another 100 pounds of trash from the parks around the river and hauled off the trash with the clean-up was done.

When KLCB was first formed, the founders knew that they wanted to do something with the South Fork River because they also partner with the Catawba River Keeper, according to Jeanette Johnson, who is the recycling coordinator for the Lincoln County Solid Waste Department as well as the executive director of KLCB.

“This was our first year doing it,” she said. “We think it went really well and plan to do it next year and maybe expand to the Carolina Thread Trail.”

There will be a clean-up on Lake Norman on Oct. 3. For more information on volunteering, visit https://www.klcbnc.org.