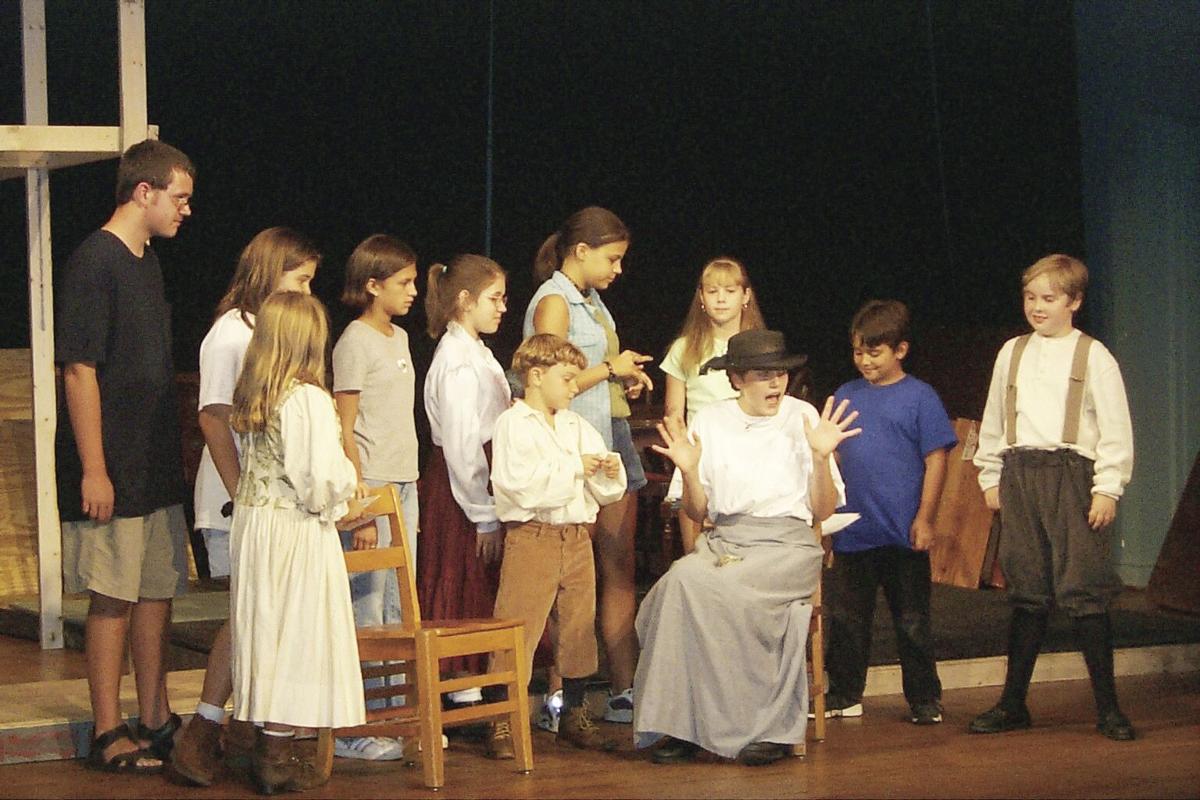 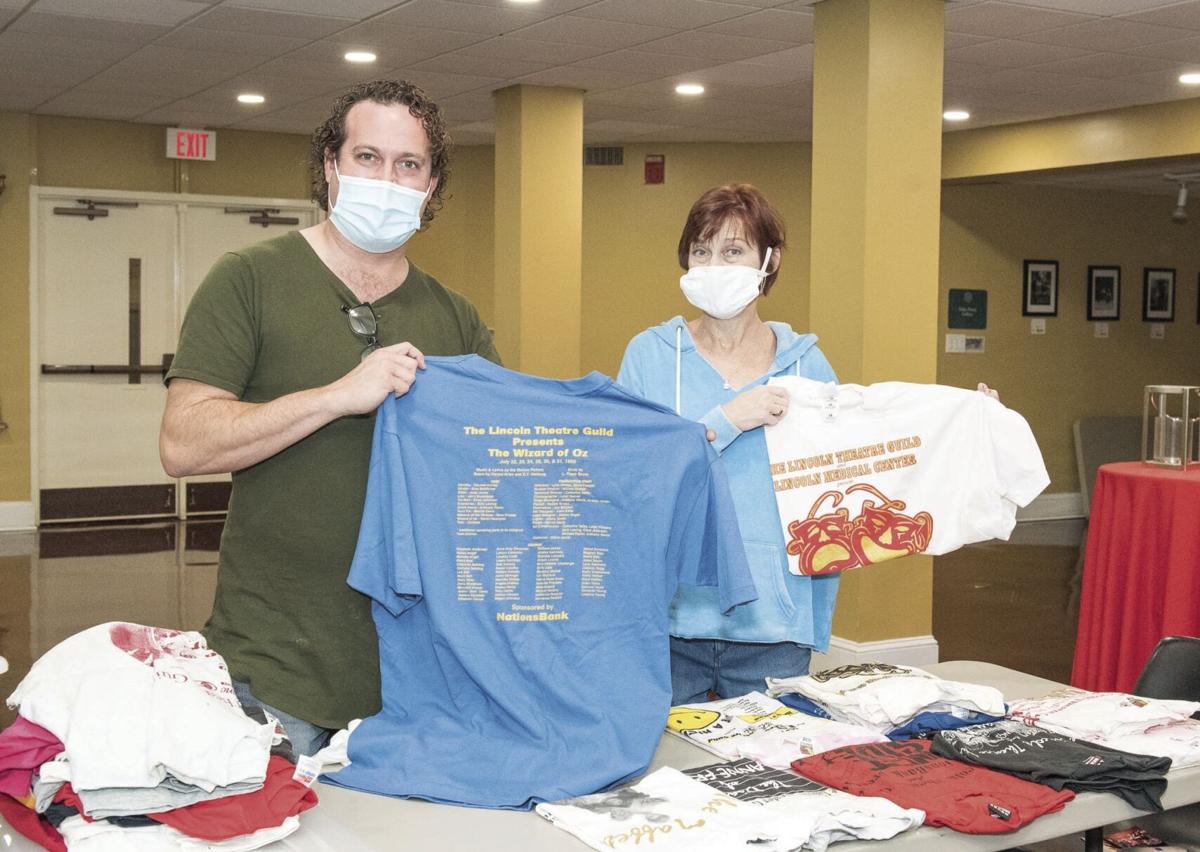 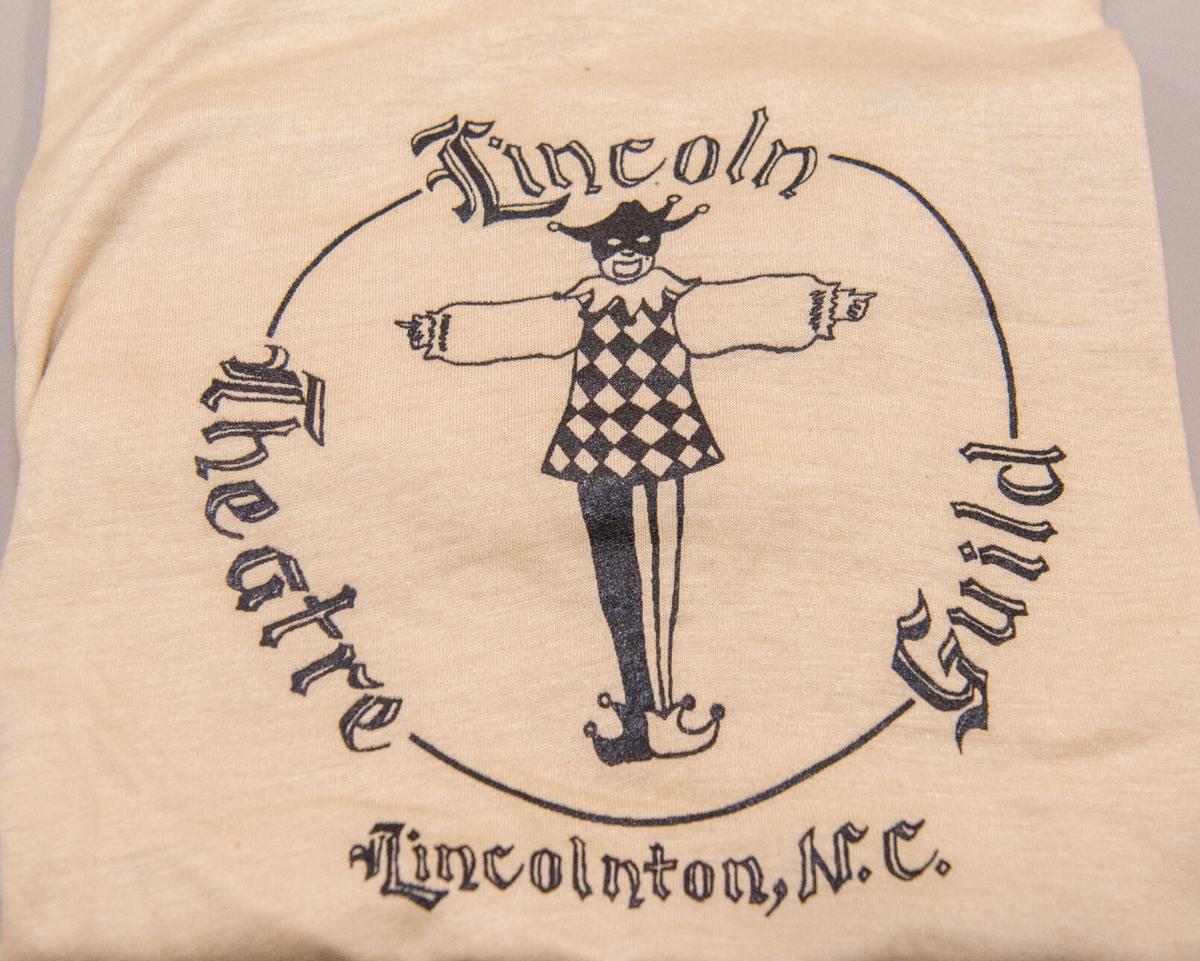 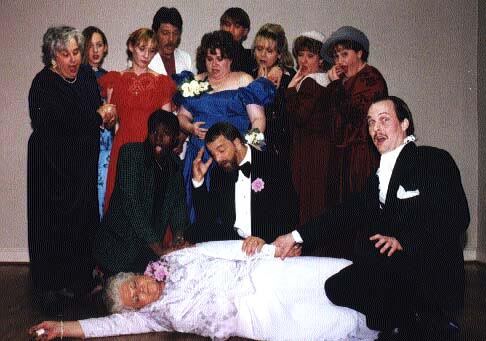 The Lincoln Theatre Guild is celebrating its 40th anniversary this year, which for a small community theater guild is quite astounding.

“We’re one of the oldest community theaters around and still in existence,” Joanna Underwood, the current LTG vice president said. “That’s a lot to be proud of.”

While cleaning out a storage room, Ash and Mike Wirth, both members of the LTG, discovered a stash of old T-Shirts. Going through them, Ash Wirth recalled, was like taking a walk through the history of the guild.

“Over the years, it’d just gotten so cluttered in the storage room,” he said. “At the end, we started throwing some wood away and found this whole tote of shirts under it.”

The T-Shirt on the top was from the “Wizard of Oz” (1993) which was the first play Wirth had acted in.

“I called Joanna (Underwood) and she came down and we started going through the shirts and down memory lane,” he said. “It was very emotional. There’s a lot of people who are no longer with us who were part of these productions.”

Wirth did a lot of both middle and high school theater under Joanna Underwood and she got him involved in summer drama camp with the LTG. Wirth came back to drama camp during his senior year and was one of the junior directors.

Wirth moved away from the area, eventually moving to Florida where he met his future husband, Mike Wirth. The couple returned to the area in 2017 and saw the production of “Rock of Ages.” This brought the couple back into the LTG and they have been a part of every single production since.

Another native of Lincolnton, Holly Howell, did her first LTG production in 1981, “Harvey.” Her involvement with the guild has been “back and forth” ever since. She’s currently a member of the board of directors.

“After I did ‘Harvey’ I did a lot of summer musicals,” she said. “I wasn’t much of a singer, but I was a good dancer back in the day. We did a lot of shows like ‘Hello Dolly’ and ‘Prelude to Victory.’ I moved back to Lincolnton seven years ago and got back involved.”

Another member from the past, Gaye Black Howard, moved to Lincoln County in 1983 and auditioned for her first LTG production in 1984. She was involved with the guild as a volunteer from 1984 through 1996, and then was hired as a paid administrator. She worked in that position until 1999.

There’s a lot that goes on behind the scenes that many may not be aware of.

“As most nonprofits know, to keep ticket sales reasonable for a small community, you can’t charge what you really need to manage everything,” Howard said. “We needed sponsorships and playbill ad sales. People don’t know all the costs involved with putting on a production. It’s not cheap. Seasonal ticket sales are important too.”

Seasonal drama camps help with the bottom line as well.

“Our drama camp has been going on since 1992,” Howell said. “It’s a big draw for kids who need an outlet and want to try theater. It also pulls their families in as volunteers. It’s easy to have volunteer burnout. You have to expand it so you don’t wear out your best volunteers.”

Howard is no longer involved with the LTG but said that she misses it.

Two other local individuals with deep roots in theater are Joanna and Neil Underwood. Joanna is the current vice president of the LTG, and Neil is a member of the board of directors. When Neil first became band director at East Lincoln High School, the Arts Council of Lincoln County did a big musical. This was before the Lincoln Theatre Guild. The guild was formed off of that. People wanted to do theater beyond just musicals.”

Over the years, the LTG stretched their limits by putting on shows that may not have been accepted 20 or 40 years ago like the “Best Little Whorehouse in Texas” and “Rock of Ages.”

“A theater guild works both ways,” Joanna Underwood said. “People are involved in it because they’re passionate about it. The community loves entertainment and are going to go where there’s good things happening. Whether it’s here, Charlotte, Newton or Hickory. We’ve really tried to do shows that the community will enjoy and come to see. Some things we take a little stretch with – like the ‘Best Little Whorehouse in Texas.’ When we started talking about doing that show back in the early 1990s, we decided Lincolnton wasn’t ready for it. It’s not so much the show, but the title. When we did it, we had a ball with it and the community loved it. I don’t think they would have been accepting of it 20 years ago. I think ‘Rock of Ages’ is worst in some respects and look how that went over. We’re trying to pick things that the community will get behind and support, not just things we like to do. There’s a lot of things we’d love to do, but we know the community wouldn’t support it.”

The present challenge is of course COVID. Joanna Underwood said that when she was the president, she worked hard to put money in the bank for the future. For the past two years, there’s been no one on payroll, everything was on a volunteer basis. As it turned out, that was a smart move as it’s helped the guild survive through COVID.

“We did ‘A Christmas Chaos’ for the young people to get involved in, we knew that they needed something,” Joanna Underwood said. “Adults can wait a little bit, not that we’re not impatient too. We knew that most of the audience would be virtual, we only allowed 50 people in to watch it. We bought the kids shields to protect them and the audience could see their expressions on their faces.”

The current guild president, Mike Wirth, has been mentoring young people since he became involved with the LTG in 2017 when he and his husband, Ash Wirth returned to Lincolnton.

“Producing a show in these times is difficult,” he said. “As it turned out, the production lent itself to social distancing on the stage. The kids and directors worked so hard to bring this to the stage and complied with everything that we’ve asked them to do. Doing shows virtually is a new frontier for us, as it is for theater guilds across the country. In spite of COVID, we’re expanding into new arenas that we never thought possible. Not knowing has been the hardest part for us.”

The future of the Lincoln Theatre Guild lies in the young directors and other young people currently involved in the guild. The recent production of “A Christmas Chaos” was both directed and performed entirely by young people, many of whom have grown up in the LTG. One of the directors of “Chaos,” Morgan Wise, a graduate of East Lincoln High School, became involved with the guild when she was five years old. Her first production was “A Midsummer’s Night Dream.”

“My parents said that they’d let me try it to see if I liked it and I fell in love with it,” she said. “During drama camp, I’ve been a junior director and a lead chorographer.”

As a director, Wise explained, there’s a lot of management and scheduling involved, making sure members of the cast have what they need and that everything backstage is organized. This is all necessary so the show can flow as it should. It’s been a year since Wise has been on the stage and she said that the actor in her is ready to do it again. She’s enjoyed directing and now has a new respect for what directors have to do to put on a show.

Wise is currently attending Gaston College working on a communications degree with the goal of going into broadcast journalism.

There were three young directors involved in “Chaos.” Both Justin Wilson and Rebecca Belk became involved in the LTG relatively recently, at least when compared to Wise who grew up in the guild.

“I started in my senior year in high school and I’m now a junior in college,” Wilson said. “My first play was in 2018 and I’m now a theater major at Lenoir Rhyne. I wasn’t sure what I was going to go to college for and was glad to have fallen in love with theater.”

It was due to a friend that Wilson got involved and since he started, he’s been performing in productions pretty much nonstop until COVID hit.

“Directing is stressful but so rewarding, especially with this group of kids,” he said. “They’ve been so good. They listen and soak in everything we tell them. I couldn’t ask for a better group.”

Wilson hopes to travel, and act professionally or maybe teach. He plans to stay involved with the LTG for as long as he’s in the area.

“ELF Jr” was Belk’s first role with the LTG and this is her first time directing.

“It’s been such a light in these times,” she said. “With everything that’s going on, it’s been an escape for the kids and for us.”

Belk, who was home schooled, said that she’s always loved the arts and had a friend that invited her to audition for a show and she was hooked. She’s currently a theater major at Gardner-Webb University.

The benefits of a community theater guild are hard to put a value on. For the children and young actors, it gives them a new sense of self and courage to perform in front of an audience.

“It built a lot of self-confidence,” Ash Wirth said. “I had a speech impediment where I switched some of my letters around. Getting involved in theater has helped that. When I moved to Florida, no one could pick up on my accent. I think theater helps with that in that it helps you learn different dialects. It helped me break away from that country twang. Because I’m heavily involved in the theater now, I can see how the kids have changed over the years.”

For the community, it provides local entertainment and broadens their perspective of what the area has to offer. A community theater guild adds to the fabric of the community.

Members of the community who were singers or dancers are now going into theatrical productions which is expanding their horizons and adding to the overall quality of LTG productions. It goes both ways. Members of the Lincoln Theatre Guild are also taking part in other productions such as the local “Nutcracker” youth ballet.

Unlike with Ebenezer Scrooge, who was on a path of selfishness and greed, a walk through the past of the Lincoln Theatre Guild shows just how far the guild has come and despite struggling with COVID-related restrictions in the present, the guild is important enough to the community for it to keep going. There are a number of young directors ready and able to take over from the directors of the present and keep the future of the LTG strong.

Performances are scheduled for 2021, but it’s unknown if or how they’ll be able to be performed. A 40-year gala, which has been postponed numerous times, is now scheduled to June 2021. It’s hoped that performers from all 40 years will be brought back for the event.