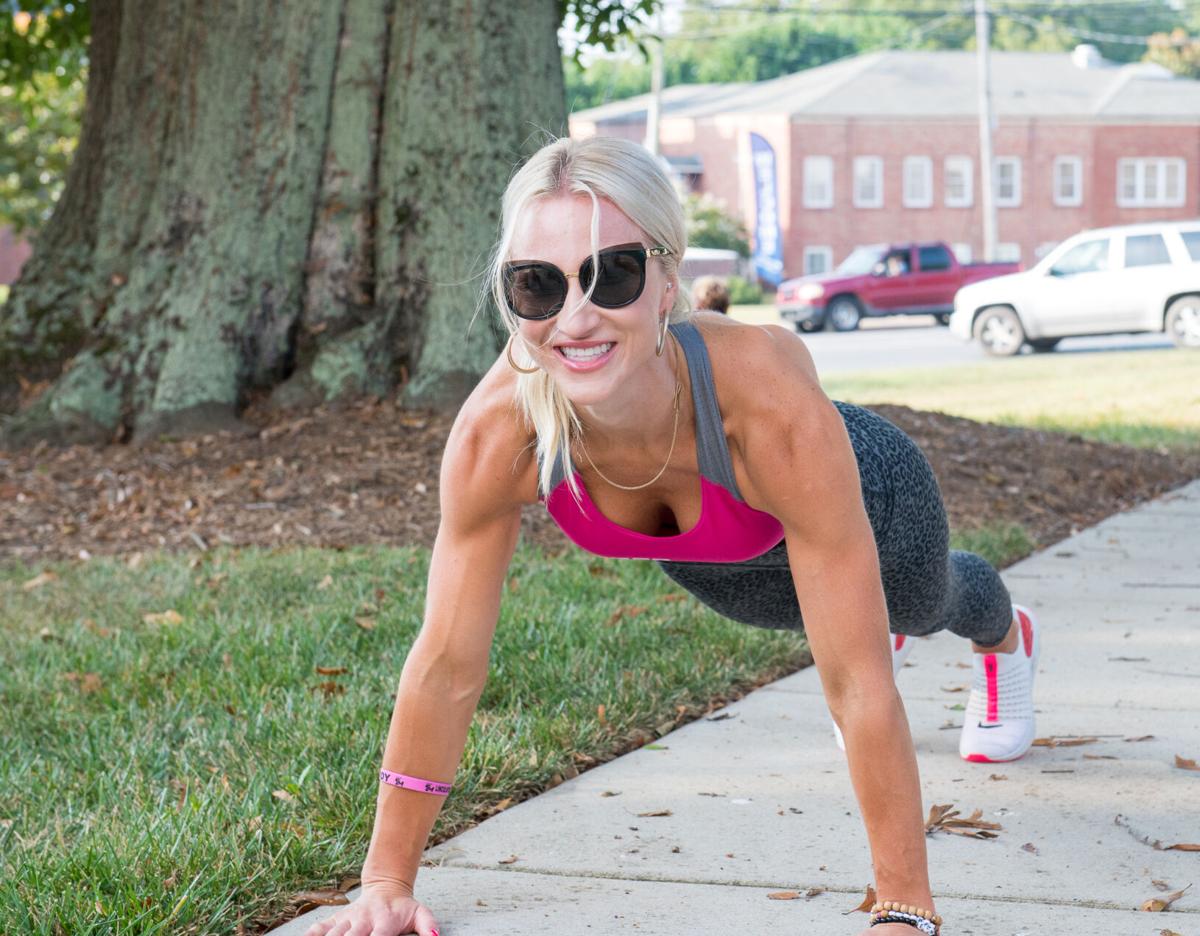 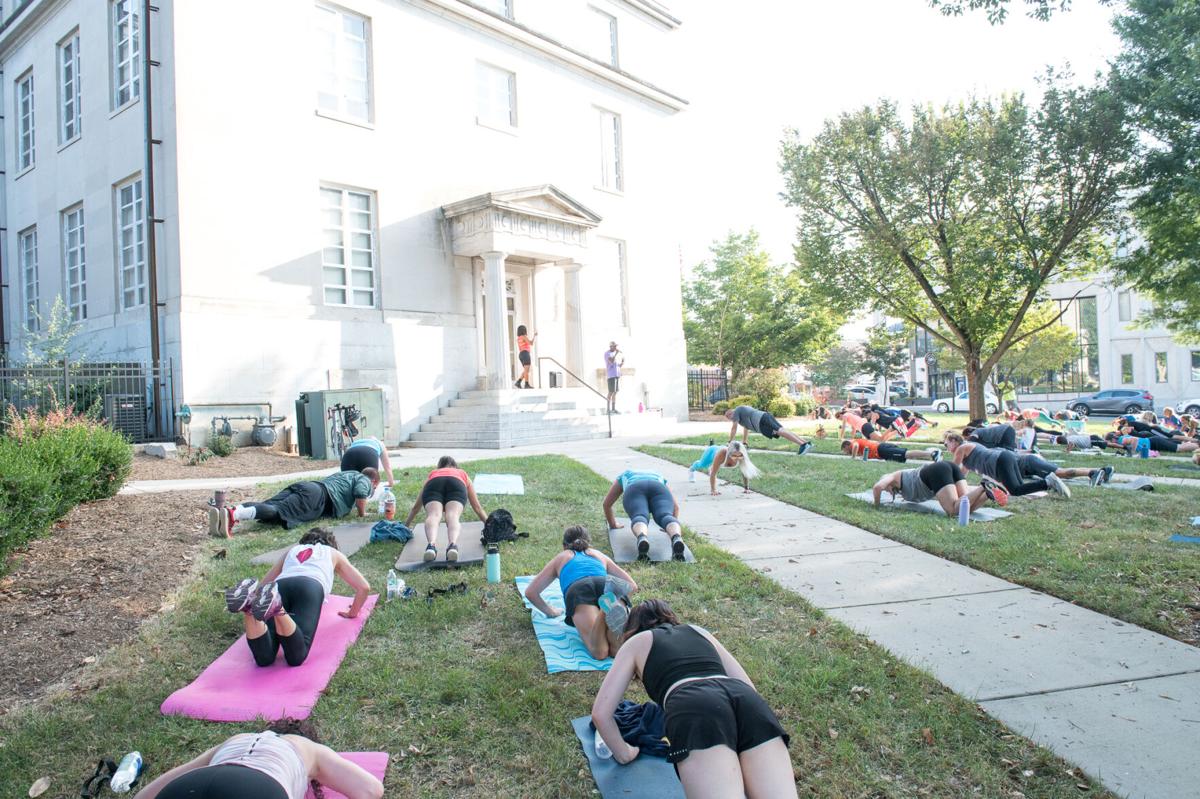 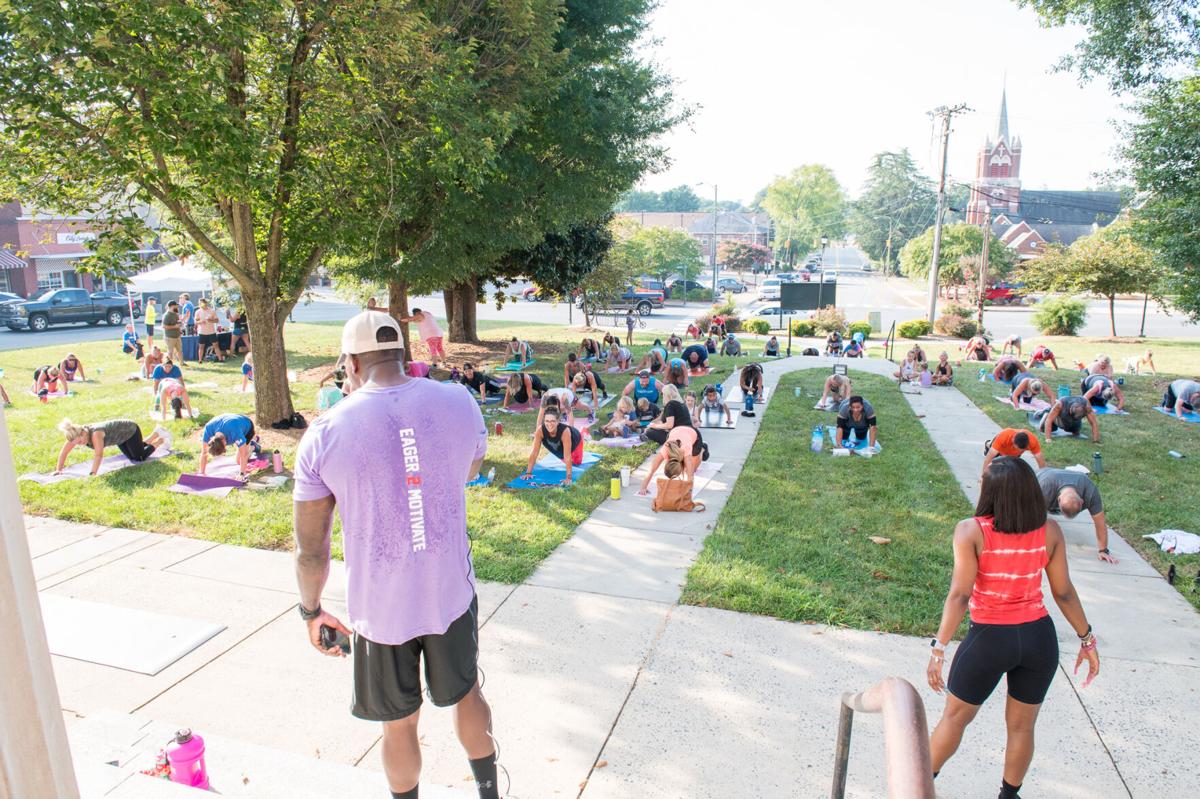 Events are scheduled on the Lincoln County Courthouse lawn quite regularly. Anyone driving around the circle early Saturday morning would have seen hundreds of people working out. The “Eager to Motivate” group based out of Charlotte arranged a pop-up workout which was attended by both locals and those from as far away as Connecticut.

Eager to Motivate or E2M was founded by Jeff Witherspoon. While serving multiple tours in Iraq, fitness became Witherspoon’s way to cope with the stressors of combat. Once he was out of the service, Witherspoon launched the E2M 8-Week Challenge which is a completely online fitness-based, weight loss program for adults.

A 2002 Lincolnton High School graduate, Mandy Engstrom met Witherspoon at the gym, and he brought her on as part of the E2M team. It was Engstrom’s idea to return to her hometown and arrange the popup event.

“I reached out to members in the community and the idea was formed to have it here at the courthouse,” she said. “I’ve been in the fitness world for a long time. I was a cheerleader and softball player growing up. In 2011, I did a fitness competition and I kept it going. Everyone wants to look good in a bathing suit and it’s really boosted my immune system. I had a good, healthy pregnancy and bounced back quickly afterwards. I started with E2M six months after I had my daughter.”

When Engstrom first joined E2M they had approximately 1,000 members. Now they have more than 55,000.

“We have people losing anywhere from five to, I think our record was 67 pounds in eight weeks,” she said. “We do a new round every eight weeks. Our motto is ‘trust the process.’ Not everyone is going to believe the before and after pictures. They’re not always going to think they can do what these other people have done. We always say to trust the process and give us just eight weeks and see what happens.”

The program provides participants with a workout and meal plan that changes weekly. The workouts are designed to challenge all fitness levels and can be done at home or in the gym. The meal plan is supplement-free and consists of whole food options. There are meal plans for vegetarians/vegans and postpartum mothers. All information for the program is shared through our private Facebook group, where there are live workouts including Zumba, HIIT, spin, and yoga. There’s also a live question and answer sessions and accountability from the tens of thousands of other members to help their goals.

The program costs $40 per week for the first eight weeks for a total of $320 which turns into a lifetime membership. The next eight weeks begins on Sept. 6, signup opens on Sept. 2. For more information, visit https://www.e2mfitness.com.