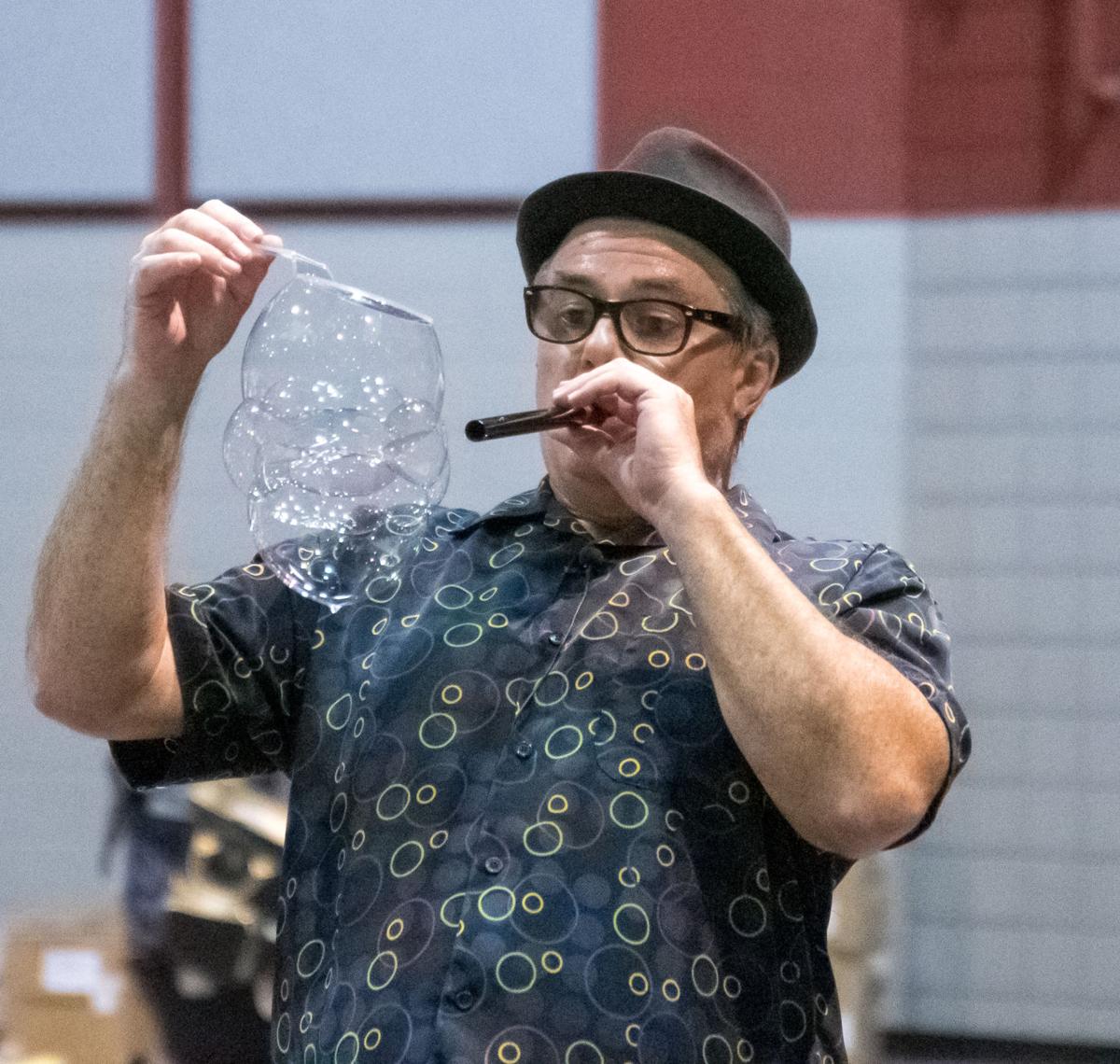 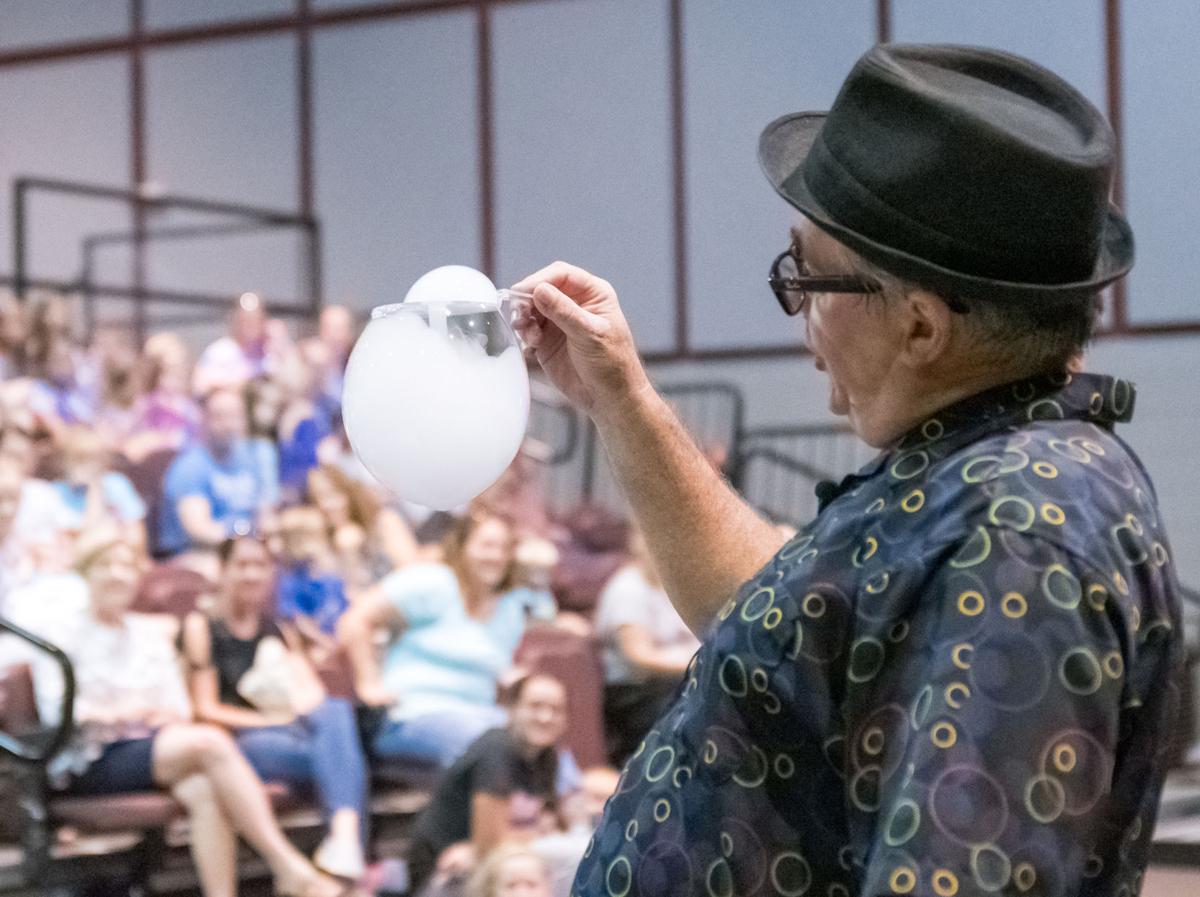 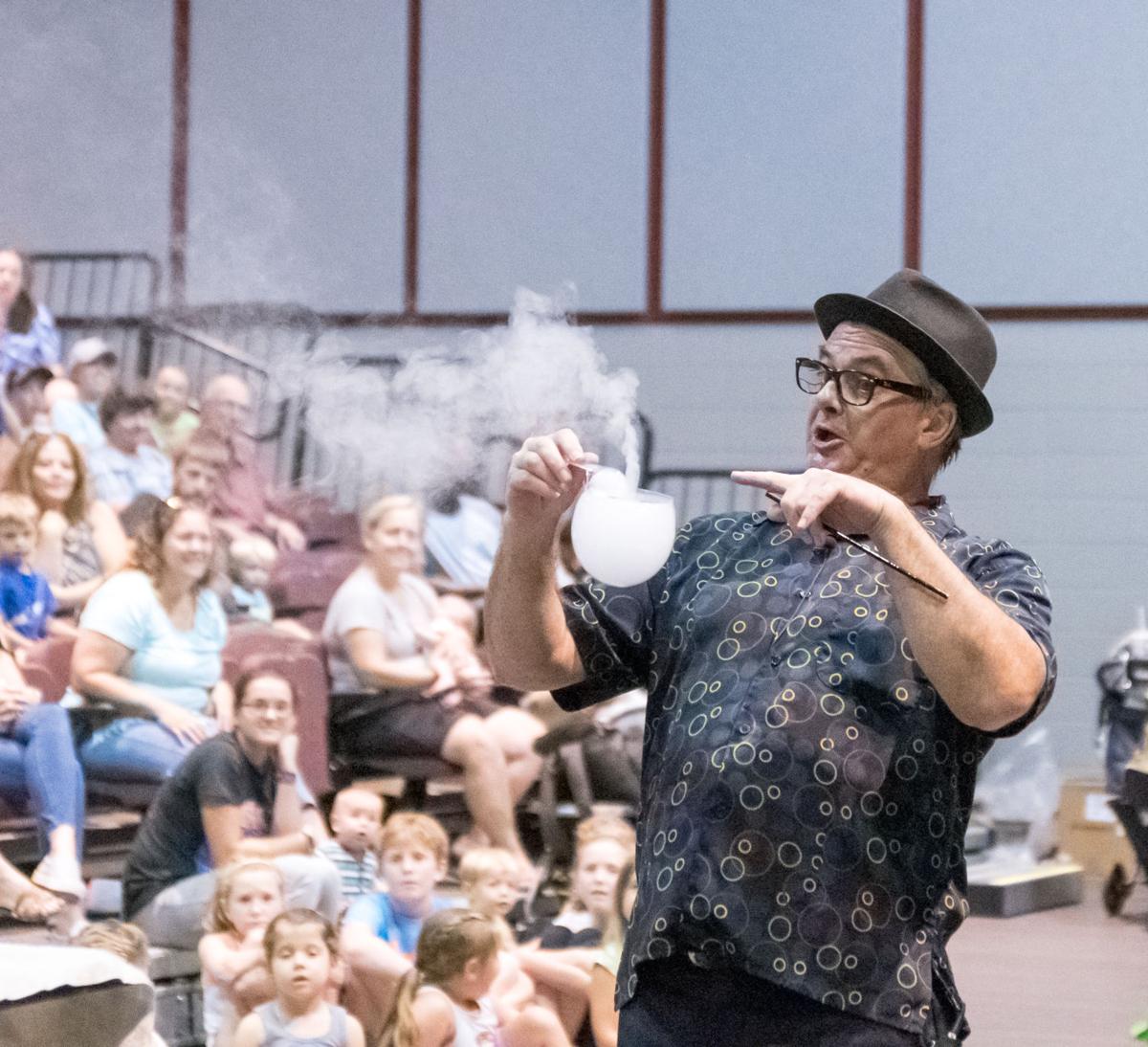 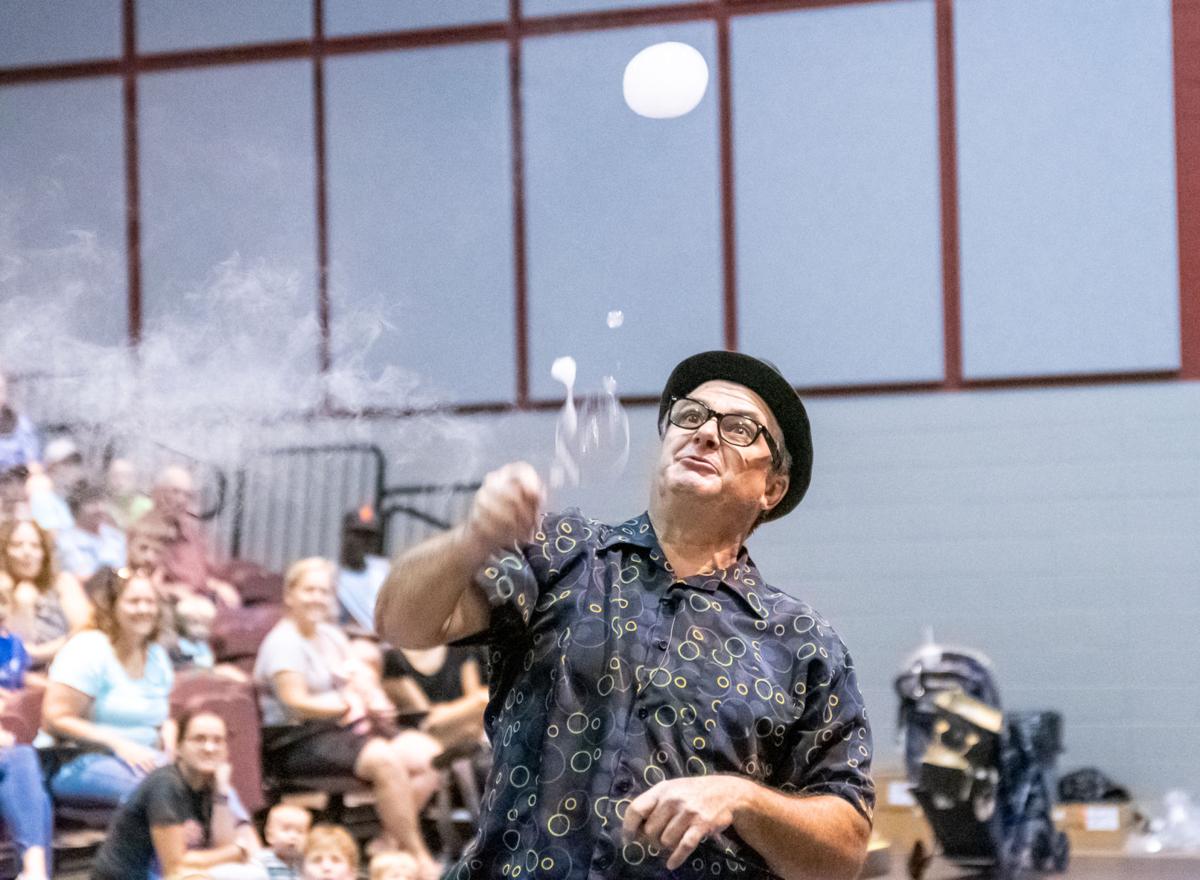 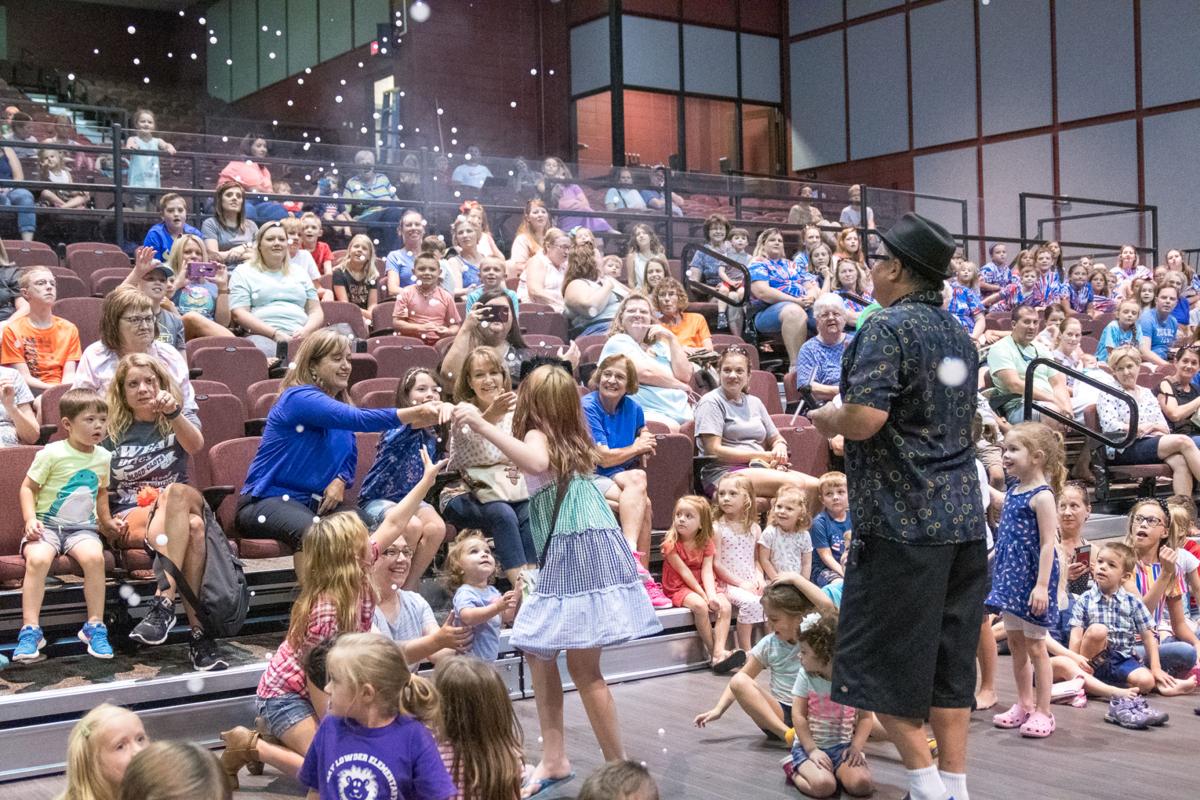 Children had difficulty staying in their seats when soap bubbles created by Bubbleologist Steve Langley floated above them.

Children had difficulty staying in their seats when soap bubbles created by Bubbleologist Steve Langley floated above them.

Soap bubbles are a way of life for Steve Langley and given he’s an expert “bubbleologist” he’s able to make them so much more than liquid soap. In fact, they’re downright magical in his hands. There’s only one Soap Bubble Circus and Langley, who’s from Huntersville, is the ringmaster. Formerly a professional juggler – of fire – Langley now juggles bubbles, which are 95 percent water and, as such, much safer.

“I perform tricks and stunts and demonstrations with soap bubbles,” he said. “At the same time, I demonstrate math, science and physics. Soap bubbles bring together art, science, math and magic better than anything in the entire universe.”

Langley entertained a group of more than 300 children and adults on Monday at the James W. Warren Citizens Center with his bubble-blowing expertise. This performance was part of the Lincoln County Public Library’s summer reading program.

Early in the program, he instructed the audience that if bubbles flew over them – they could pop them, because that’s what bubbles were for, but they had to stay in their seats. That didn’t quite happen. As soon as bubbles flew over the children, they were up and chasing them.

During the program, Langley made a soap bubble cube – which is difficult because bubbles like to be in sphere shapes, put bubbles inside of bubbles and made a helium-filled bubble which rose up like a rocket ship.

An eight-time Guinness Record Holder for connecting the largest number of bubbles together (45 soap bubbles), was featured on Ripley’s Believe it or Not and has performed on the White House lawn for the Obama family on the South Lawn.

Langley has traveled all over the world blowing bubbles.

There are still more programs left of the summer reading series including The “Alien Encounter Escape Room,” geared towards teens, who will make use of robotics to successfully escape which be held on July 18 at 6:00 - 7:30 p.m. at the West Lincoln Branch Library and July 24 at 6:00 - 8:00 p.m. at the Charles R. Jonas Library

All of these programs are free to attend and any child who completes the summer learning program will receive a free ticket to the Hickory Crawdads baseball game on Friday, July 26 at 6:00 p.m.