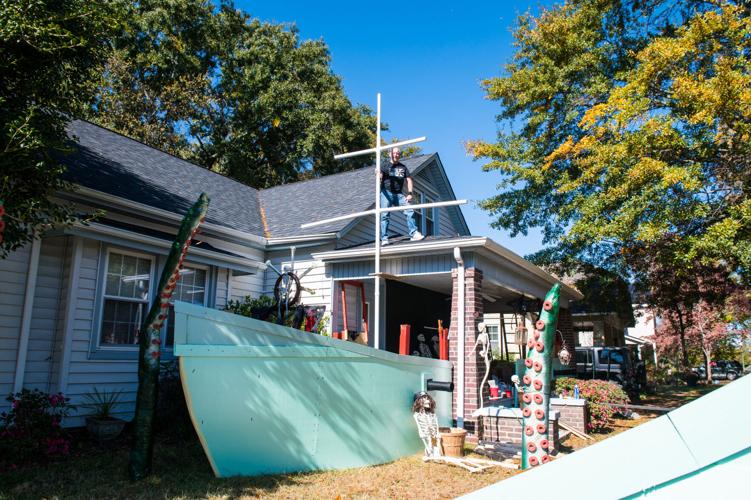 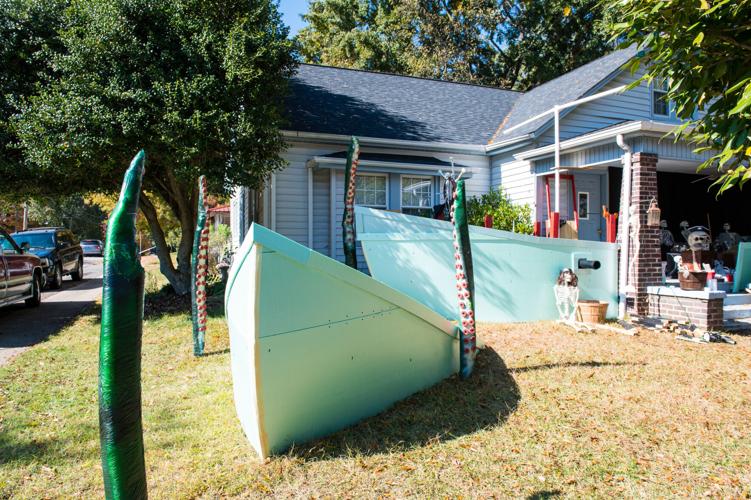 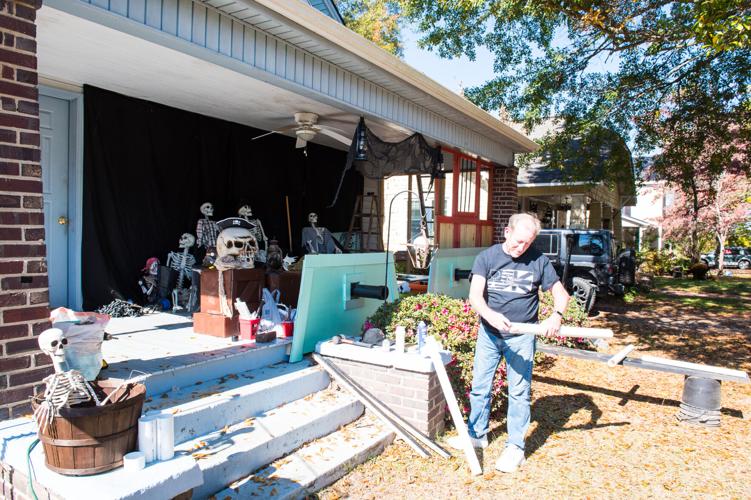 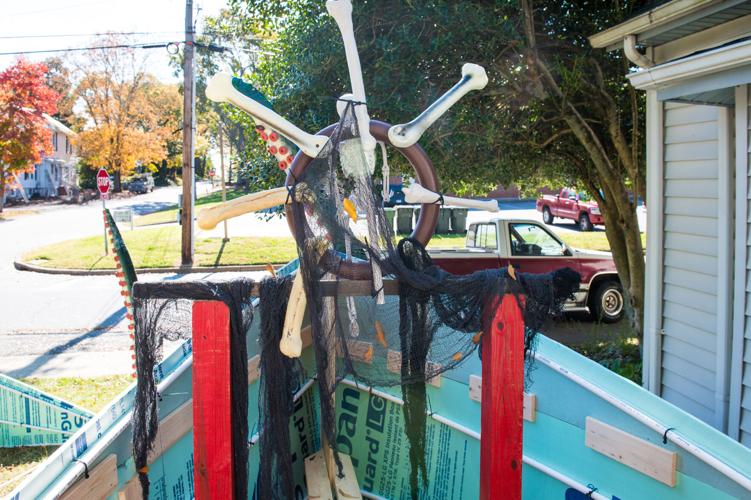 LINCOLNTON – There’s people who love Halloween and then there’s the people who really love the holiday. Dante Patterson and his wife, Sarah who live on the corner of North High and West Sycamore Street in Lincolnton, fall well within the latter group.

For the past decade or perhaps a little more, the Pattersons and many of the other residents in that neighborhood stage Halloween Town. It’s visited each year by hundreds, perhaps now closer to a thousand children and adults.

When Patterson was young, his father, JG “Pat” Patterson who was an entertainer and performer would use his horror movie props to decorate the house and yard.

“He put on spook shows and live appearances,” Patterson said. “He had Monsters of Hollywood as an attraction which back then was super rare. When I was a child, he set up a house like this for Halloween and all the kids came over to see it. I thought that was the greatest thing I’d ever seen. Everybody had a good time, and it was fun. That’s what we’re doing now, paying homage to that.”

The Pattersons started out small and have expanded every year. Dante Patterson, who is now retired from his job with Lincoln County is glad that he’s not working this year because this is perhaps his biggest build to date.

“This year we’re about pirates,” he said. “We were the ‘Carnevil” for several years. Sarah wanted to change it up and do something a little different. In my front yard, you’ll find a pirate ship. What was once a porch is now a large pirate ship. It’ll be full of pirates and other creatures.”

In the yard is a sunken ship and a sea creature which may or may not have sunk the ship. There’s a plank that some pirates will have to walk, a mermaid and many other attractions. The display is always loaded with lights, animatronics and many other effects which will get better as it gets dark. As it does every year, the house and yard become a horrific, interactive spectacle. It literally comes to life – it’s a complete Halloween experience.

“We wanted to set up a safe place for children to come to,” Patterson said. “There are people who came by when they were children and now they bring their children. It’s my best day of the year.”

In addition to providing a safe place for children to visit, care is taken to not scare the youngest visitors. If a child is too frightened to come up the walk, someone will always walk out to the sidewalk to dole out the candy. The display is a bit toned down early in the evening when the younger trick-or-treaters are out but once it gets really dark – the intensity gets turned up.

“It’s not about frightening little kids,” Patterson said. “If teenagers want to play, we’ll play and have a good time. We’re the biggest kids here."

For safety reasons, the Pattersons have requested that the city shut down North High Street from West Sycamore. There’s parking in the Lincolnton Library parking lot.

The display will be live on Halloween night rain or shine. Then, as if it were just an illusion, it all disappears before the children get home from school the next day. Who knows what might come back next year.