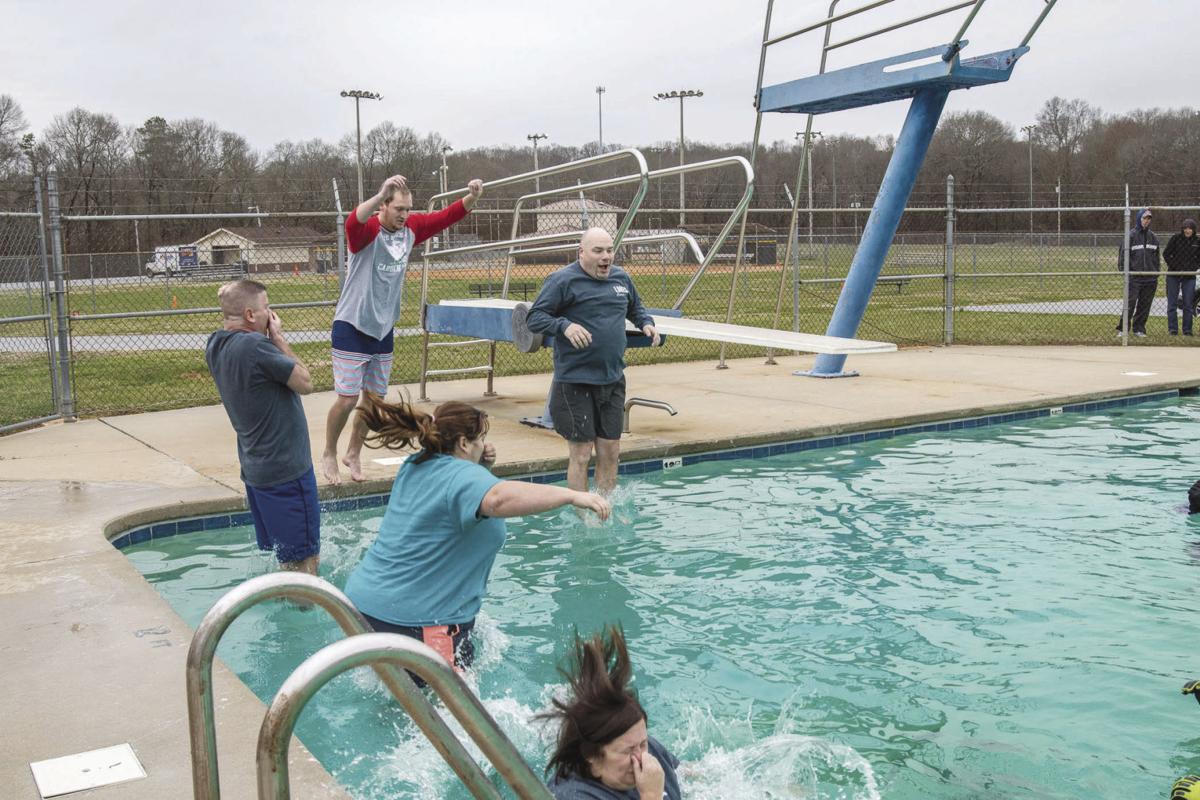 Lincoln County Special Olympics is planning on bringing the New Year in with a splash with their annual polar plunge on Feb. 22.

This year, Frazier said that they’ll be honoring the two Lincoln County Sheriff’s Office employees and the one Lincoln County Emergency Medical Services paramedic who passed away from motor vehicle accidents in 2019 and early 2020.

“We all know that our law enforcement and EMS employees do a lot for the Special Olympics programs,” she said. “They support us throughout the year. Since he’s been in office, Sheriff (Bill) Beam has really stepped up and tries to make all of our events. We’re trying to get the community more involved this year.”

The annual Polar Plunge is one of the biggest fundraisers for Lincoln County Special Olympics. The program is expanding, Frazier said. New athletes are joining just about every day as their families move into the area. She hopes if this year’s Polar Plunge is successful she’ll be able to add special once-a-month programs for Special Olympics participants.

“A lot of our athletes work at Salem Industries and they are closed on Fridays, so I want to run the programs on Fridays,” she said. “We might do a movie day, a craft day or go to the zoo. Just to keep them involved and not sitting at home.”

Construction of bocce courts behind the Communities in Schools of Lincoln County building in the Oaklawn community is a project that’s in the works for this year.

“These courts will add to the community over there,” Frazier said. “They’re not just used for Special Olympics, the folks from Senior Games use them too.”

“One day while we were at Summer Games and she said, ‘well, this will be my last one,’ and I said, ‘what do you mean,’” Frazier said. “She told me she was retiring. I said, ‘who’s going to do what you do?’ and she said, ‘that would be you, you’d be great at it.’ So, I took it over and I’ve been doing it ever since. Every dime that we get goes to our program, not to pay salaries. We do it because we like to do it.”

When speaking of the benefits of Special Olympics, Frazier gets choked up.

“You wouldn’t believe the impact of being involved in this program,” she said. “A lot of them have loving families but sometimes they need an ‘out.’ Not only do we do our sports, we try to get together with our athletes and do other things with them. We do movie nights now. On Feb. 14, we’re going to have a game night. We’re a family outside of their family.”

While they may be disabled, Frazier said she wouldn’t want to have to compete against any of them in the sports that they take part in.

“They take pride in what they do,” she said. “They’re very competitive but they would rather help the other athletes out rather than saying ‘ha, ha, I beat you.’ It’s a way for them to express themselves without being criticized or looked at differently because of their disability. We don’t call it ‘disabilities,’ we call it ‘abilities’ because that’s what they are. They’re great people to be around and we have a good time. Some of the athletes started Special Olympics when I started and I’ve been with them ever since,”

People who want to donate can stay dry (and warm). They don’t have to plunge. It can be done online at https://www.classy.org/event/2020-special-olympics-lincoln-county-polar-plunge/e260083 to register to plunge or donate. For more information on Lincoln County Special Olympics, call (704) 308-6398. The Polar Plunge will be on Saturday, Feb. 22 at 11 a.m. at the Betty G. Ross Recreation Center in Lincolnton.