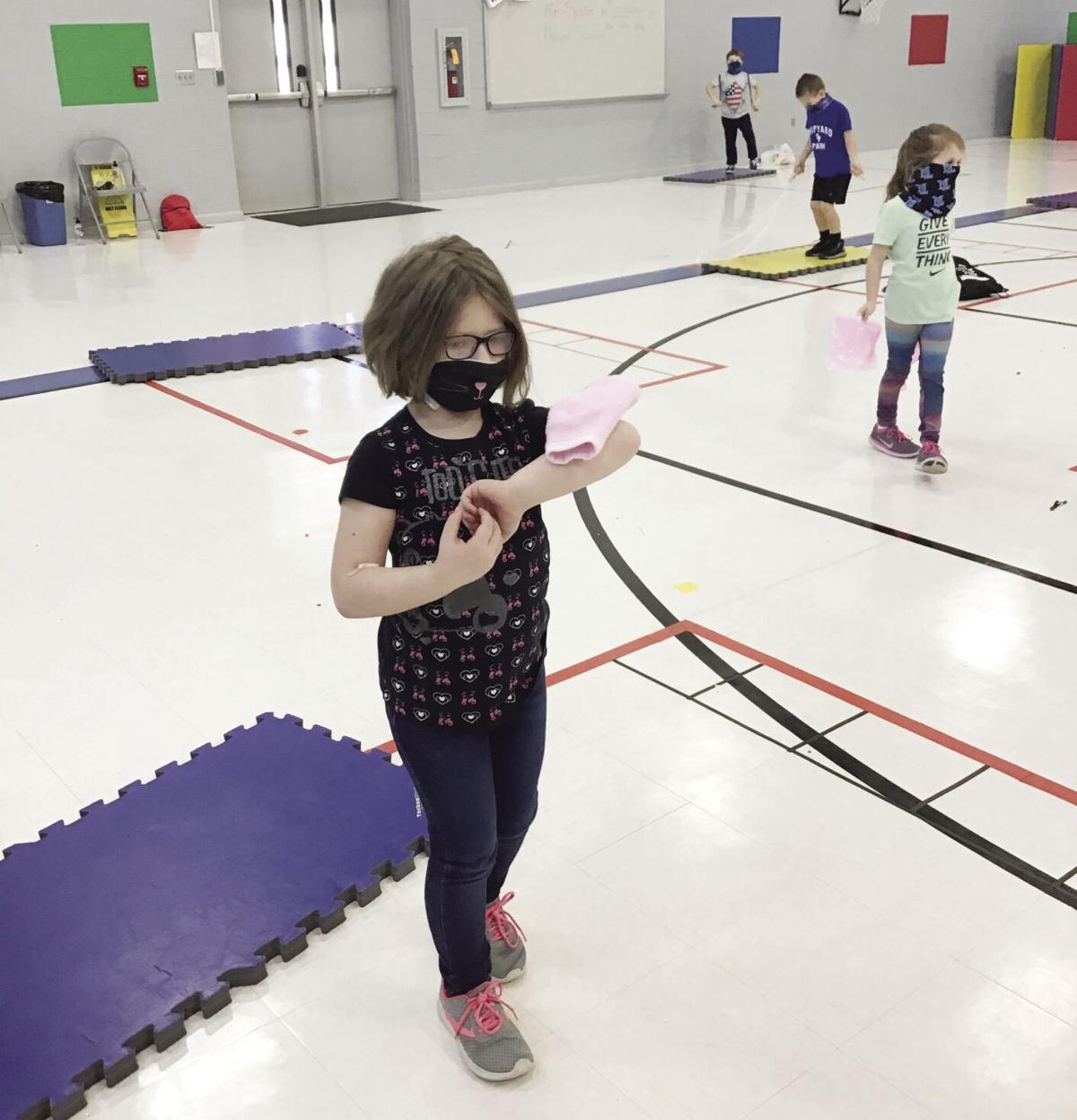 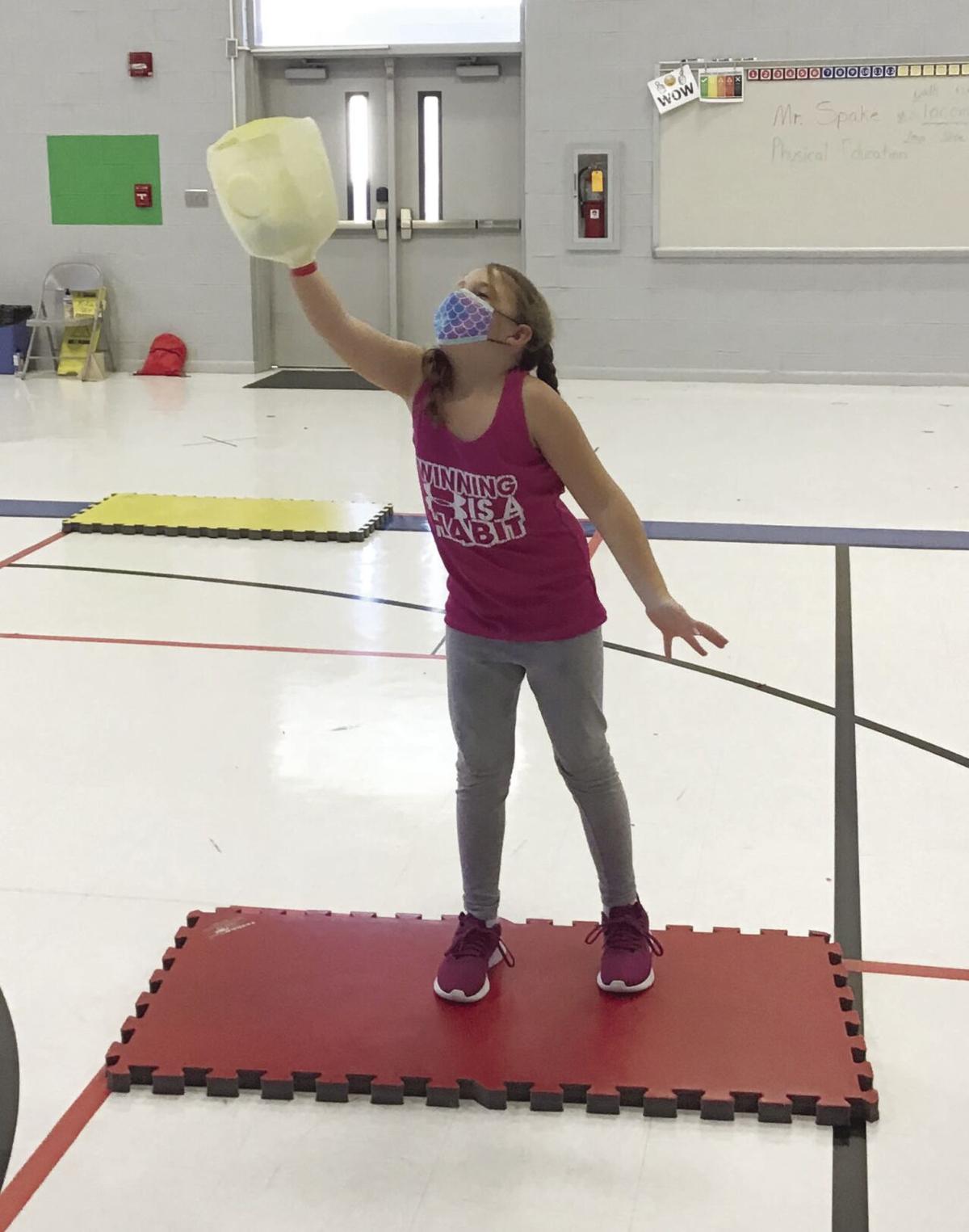 A physical education teacher at Pumpkin Center Primary School used a little bit of ingenuity to create a means for his students to stay active both while they were remote learning and now that they’re back in school.  Logan Spake created videos to show students and parents how to use basic household items such as a napkin, a paper plate, old socks, an empty milk jug, old T-shirts or a plastic grocery bag to create and assemble physical education personal packets to be used at home or during a physical education class at school.  Students can also use these kits at recess.

Spake, who was born and raised in Catawba County, has been teaching at PCP for three years. Prior to that, he taught high school at Lincoln Charter School.

“When the first signs of the pandemic hit and we got out in the spring, I tried to start thinking about what it might look like in the fall,” he said. “When we did come back, I wanted to do something that would protect the kids, the staff and their respective families. I decided to make individual PE packs and to work on marking the floors so we could do any activity to meet the standard while keeping everyone safe.”

As is the case in other classes, in order to reduce the chances of viral spread, each student has to have their own individual supplies instead of sharing as they once did.

Students and their guardians can follow the instructions in Spake’s videos to make items from inexpensive everyday items that will help them meet the physical education standards such as tossing, catching and juggling.

“For example, I had them build sock balls,” he said. “They can use the sock ball to toss into buckets, they can roll them on the ground, kick them or self-toss and self-catch. I had them cut off the bottom of a milk jug to use as a scoop so they could toss the sock ball and catch it in the scoop. I had them use Solo cups as targets. I saw someone on YouTube make a jump rope out of old T-shirts. They cut the T-shirts and braid them. I shared that video and several students made them and they came out great.”

Students could use a plastic grocery bag to hold all of their creations and for the younger students, the bag could also be used to toss like a scarf. Score sheets were used in Spake’s program so students could keep track of their activities incorporating math skills as well.

In Spake’s gymnasium, he has Rubbermaid tubs set up in each square filled with different items like a jump rope that he utilizes in class. The tubs, which are normally used to store equipment, are also used as targets.

“I’ve always believed that physical education is such a vital part of a child’s day because a lot of the things that we do here are cross-curricular,” he said. “I try to create parts of my lessons to have some kind of literacy or math in it. It’s important for them to develop both their bodies and minds and to learn about how doing physical education makes you healthy and fights off disease. They physical part is important, but the mental part is just as important. To me, one of the most important parts of it is that they can come in, enjoy physical education and be safe.”

Spake added that while he might be the one being recognized for what he’s done during the pandemic, but all teachers are superheroes during these times, they just aren’t being seen.