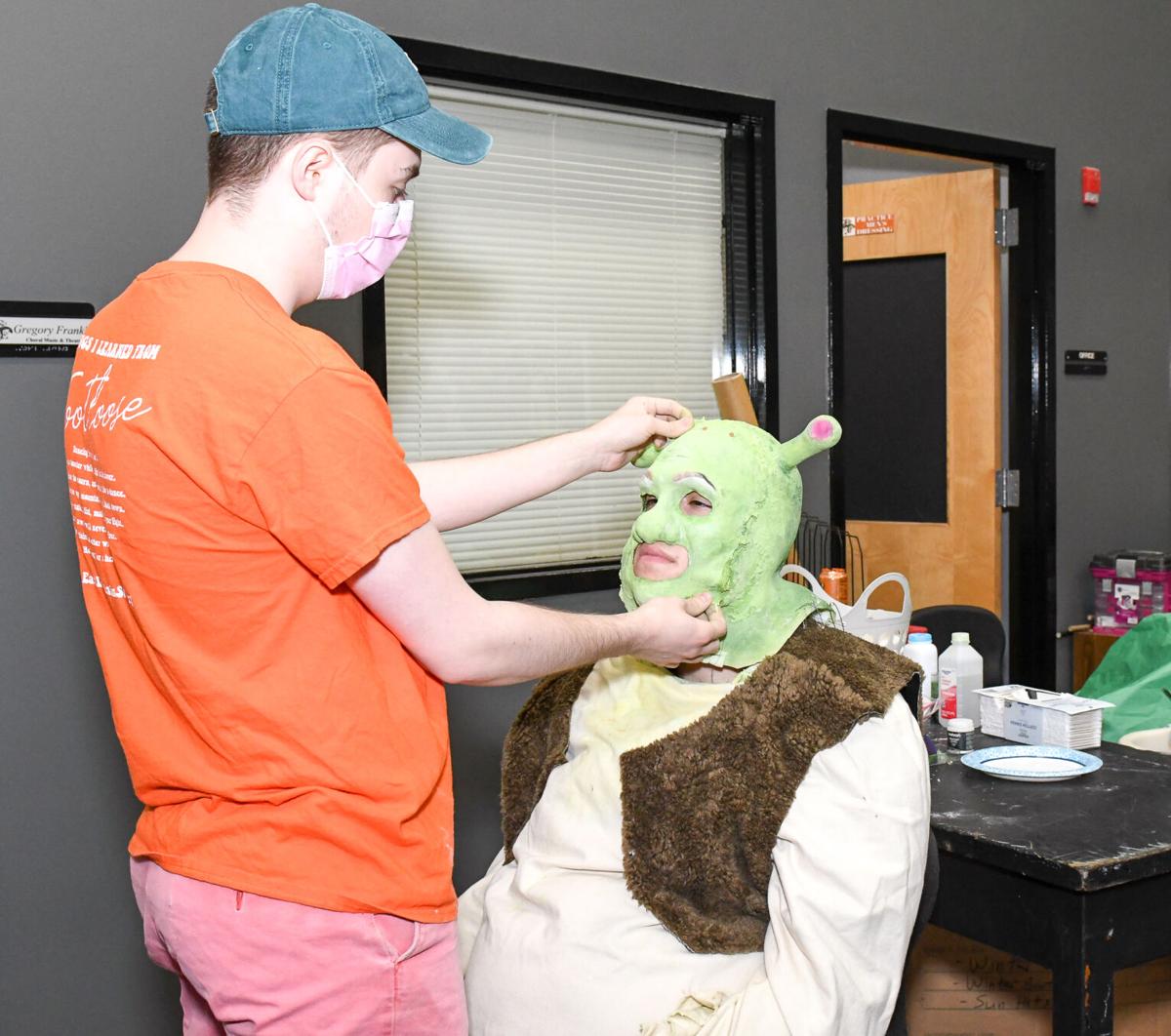 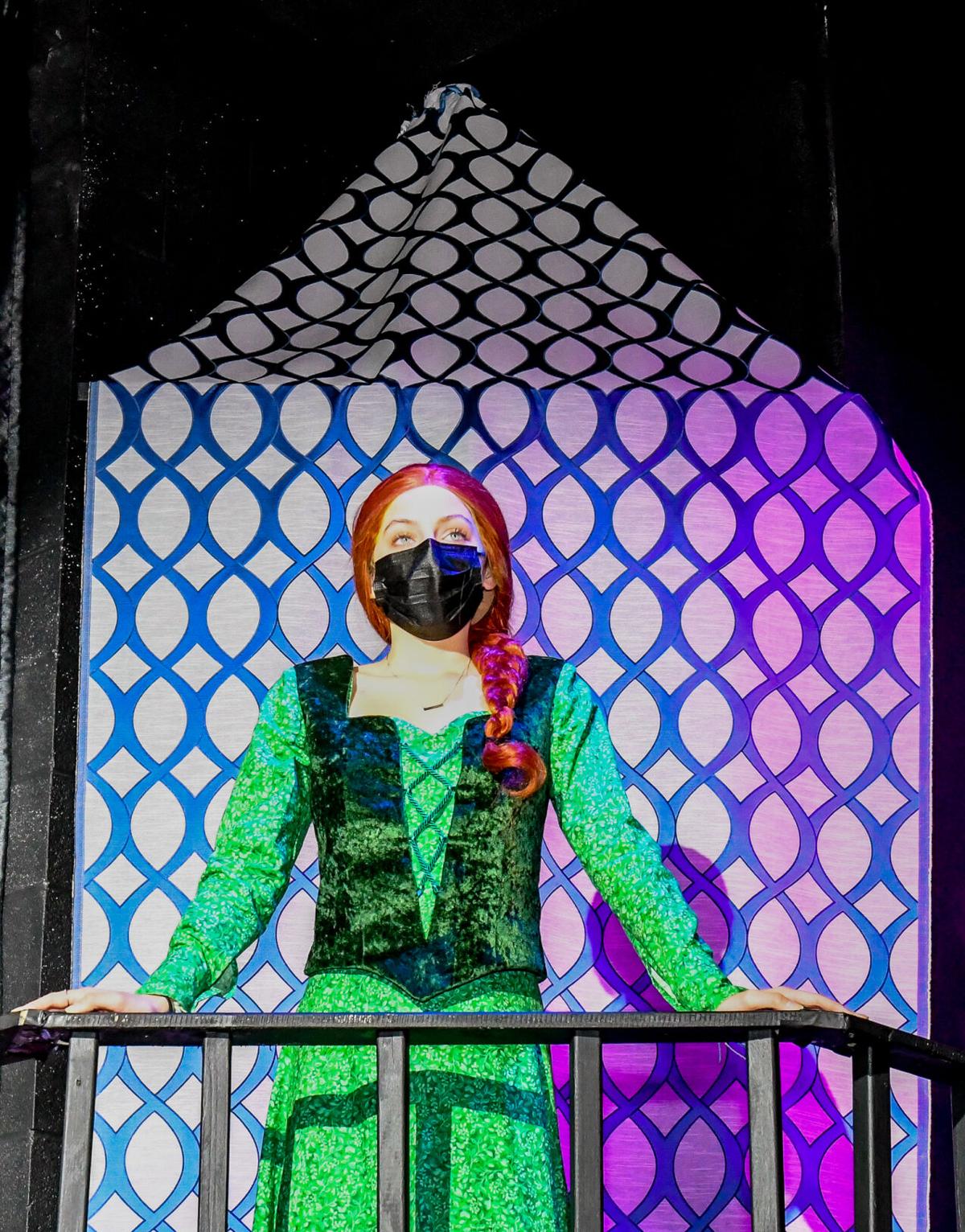 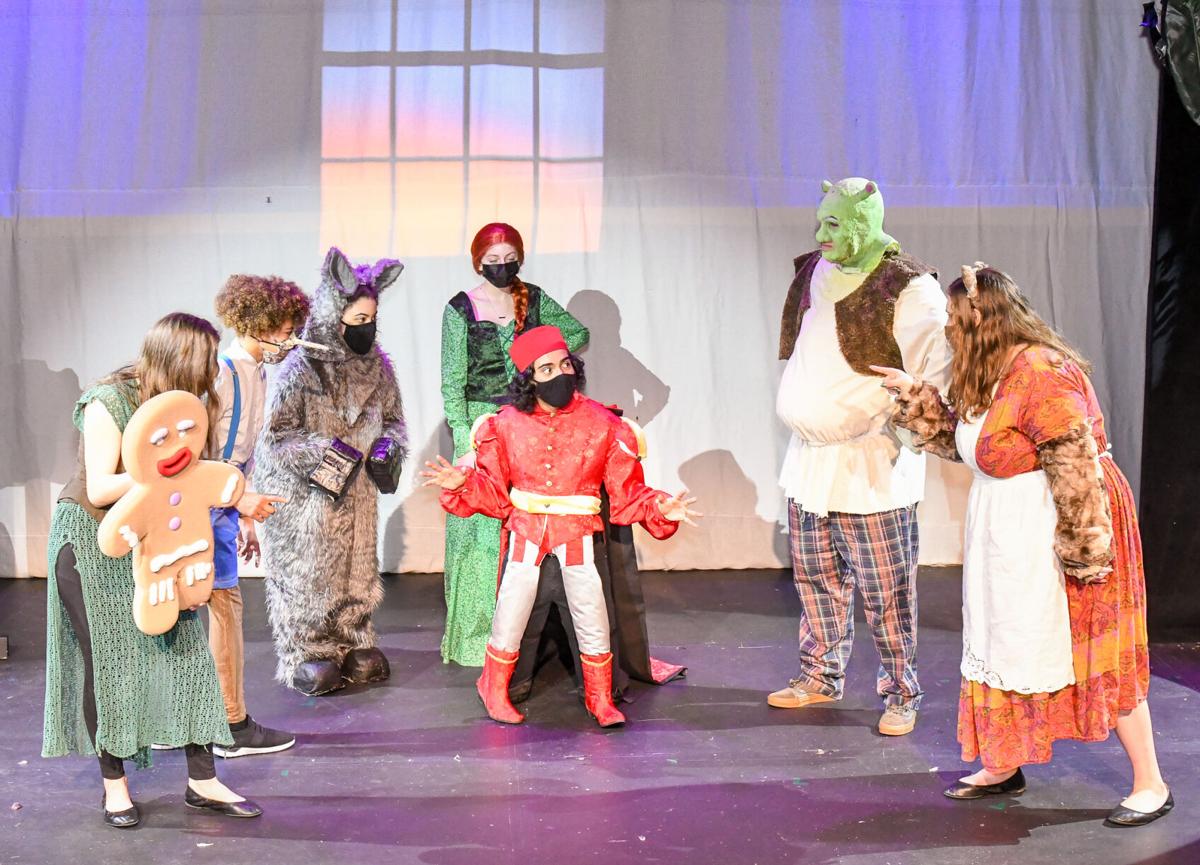 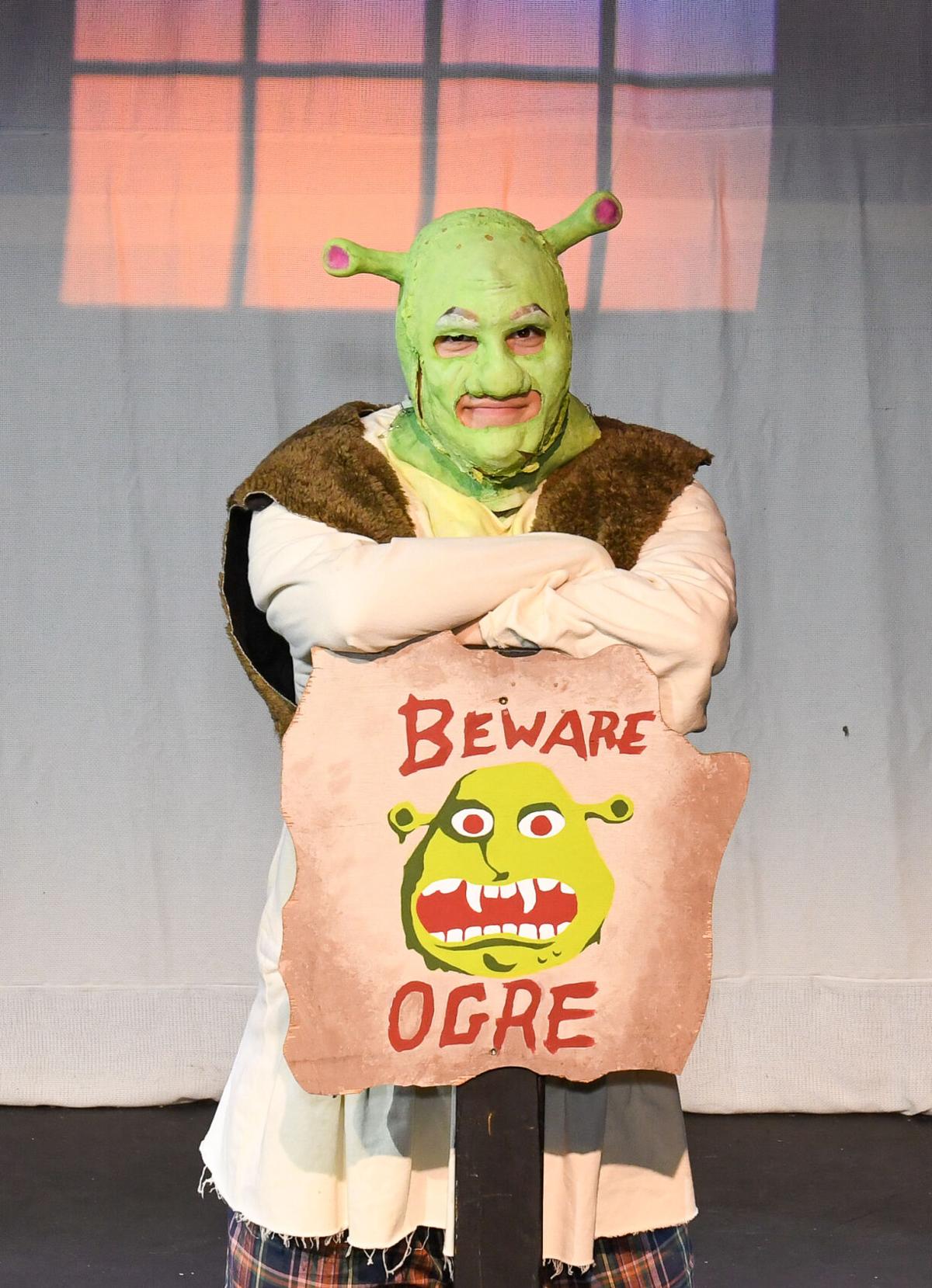 There’s always costuming and make-up that has to be done for a theatrical performance but creating an ogre for “Shrek The Musical” involved a good bit of creativity for drama students at East Lincoln High School.

“With Shrek, you have to create an ogre and we’ve done that through prosthetics,” Gregory Franklin, East Lincoln High School’s director of choral music and theatre arts said. “We made a latex cowl, which is reusable for every show, but the latex mask is new each show. About a month ago, we created a mold to Elijah’s (Caudle) face so that mold is what we use to create the face for every show. It gets stuck on, painted and smoothed in. It’s a very unique experience, but he’s also miserably hot because he’s already in a fat suit and when we put the prosthetics on, it’s really hot. We pack him with ice packs to help stay cool and we change them out at intermission. He’s still being a trooper in his transformation into an ogre.”

While the live performances of “Shrek” were limited in seating at the high school’s black box theater and tickets are no longer available, the show will be available via live streaming Saturday, April 3 at 7 p.m. and Sunday, April 4 at 3 p.m.

It takes several hours for Caudle to be transformed into an ogre.

“It’s really not that bad,” he said as Josh Grimes glued on the prosthetic. “I might get a little bit sweaty and hot, but for the most part, I’m Shrek, I’m just an ogre. It’s what it is.”

Caudle said that he’ll be taking some of his experiences as an ogre with him into future productions such as the skills he learned in portraying anger.

“I feel like in some of my other performances, I’ll be a little bit more mindful about how I need to act when I’m angry – a lot more exasperated and a lot more expressive in my temper, especially when it comes down to characters like Shrek,” he said. “I really wanted this role because I wanted to see what it would be like to be grumpy and cynical. It’s been a fun experience – there are a lot of hilarious scenes in this show.”

Having almost as much fun and perhaps sweating a good bit herself because of the furry donkey suit she wears is Rachel Ochoa, a junior at ELHS.

“The Donkey is this great friend that Shrek meets,” she said. “He’s like Shrek in that he’s always been by himself and when he meets him, he thinks, ‘wow, he’s a big strong guy, I need that in my life.’ They come together and become an amazing duo. They learn a lot from each other and a beautiful friendship blossoms. I’ve always loved Shrek because it shows that no matter what you look like or how different you are, you’re still you in your own way.”

The beautiful Princess Fiona is played by ELHS freshman Ava Watters. This is her first lead role.

“I was surprised that I got it,” she said. “I’m a very conservative person and she’s not. She has two different personalities that come out a lot.”

Drama students at East Lincoln were originally going to do “Matilda,” but with all the craziness associated with the COVID pandemic, Franklin wasn’t sure they were going to be able to have a live audience. He was able to get livestreaming rights to “Shrek,” so he made the change. Because not all students were in school at the same time for much of the year so far, rehearsals have been challenging.

“They’ve all risen to the occasion,” he said. “They’ve had a lot more independent work that they needed to do, and they’ve had to buckle down and do it. That’s been a little different, but they figured out how to make it work. It’s matured some of them, especially our younger actors.”

Tickets for livestreaming are available at www.eastlincolnonstage.org and click on tickets. Tickets are $10 each.