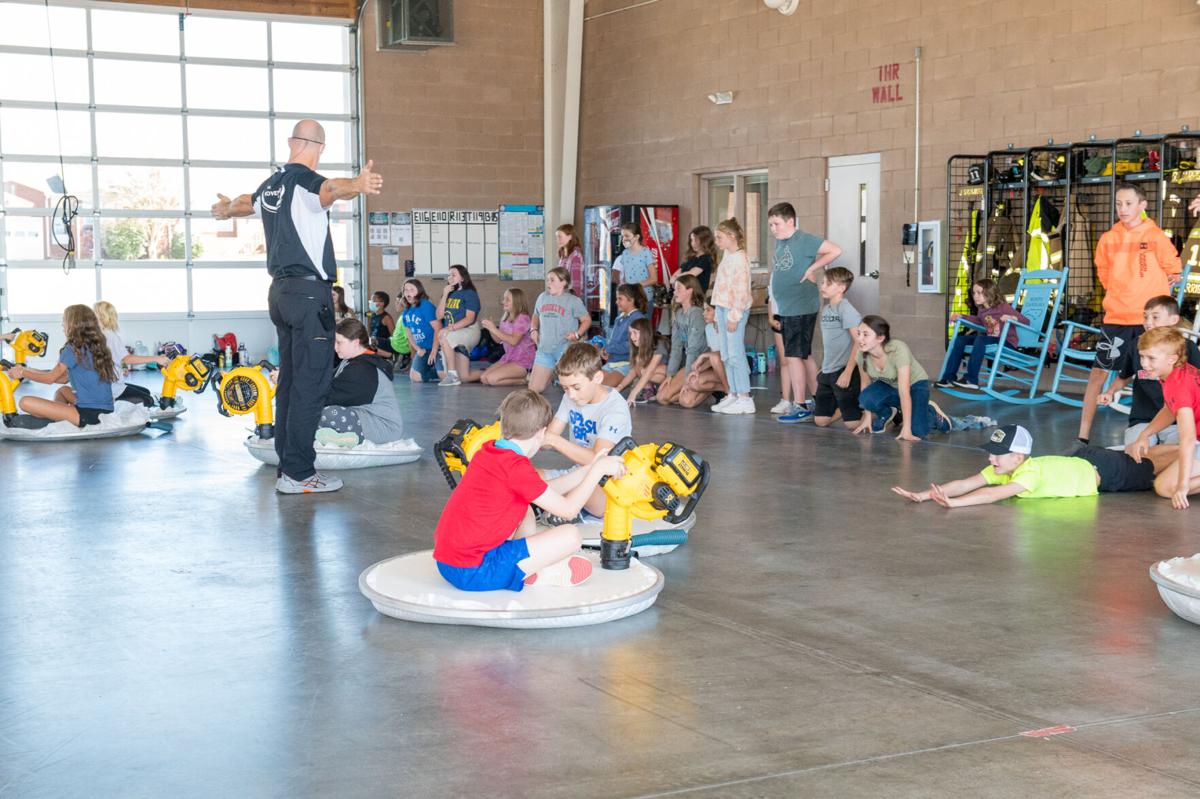 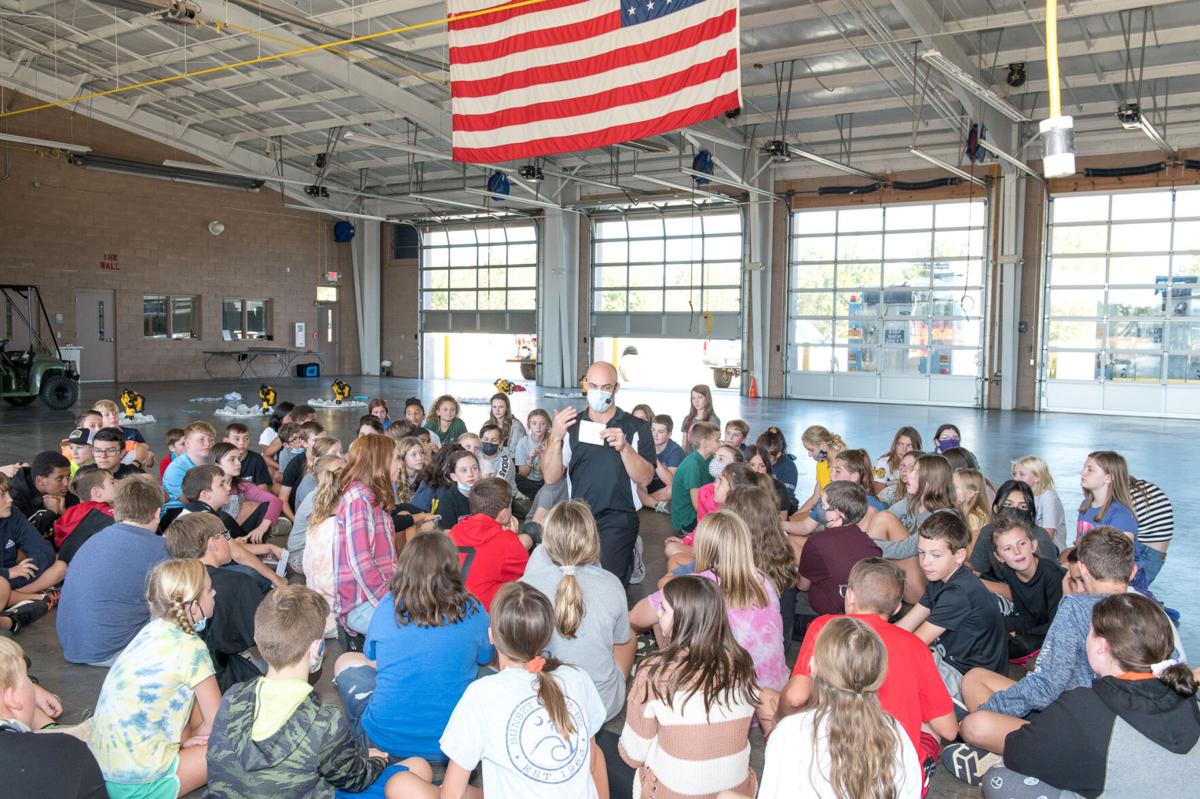 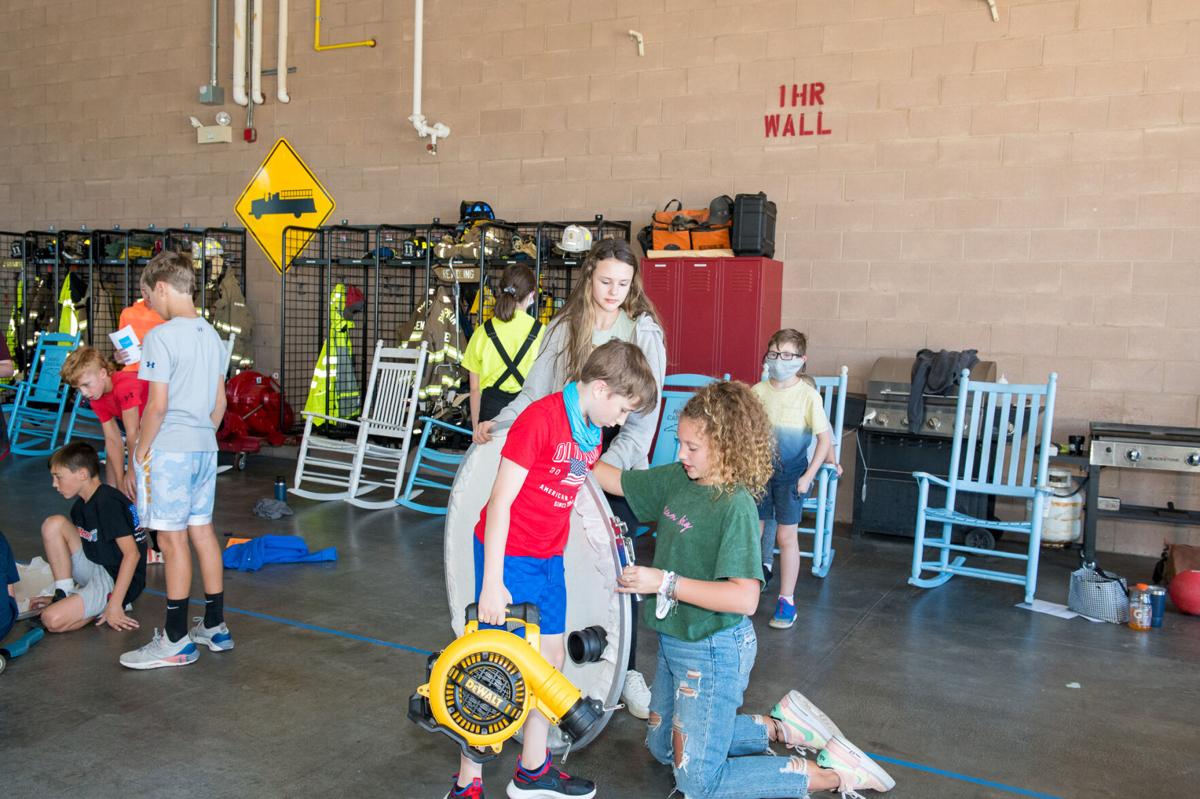 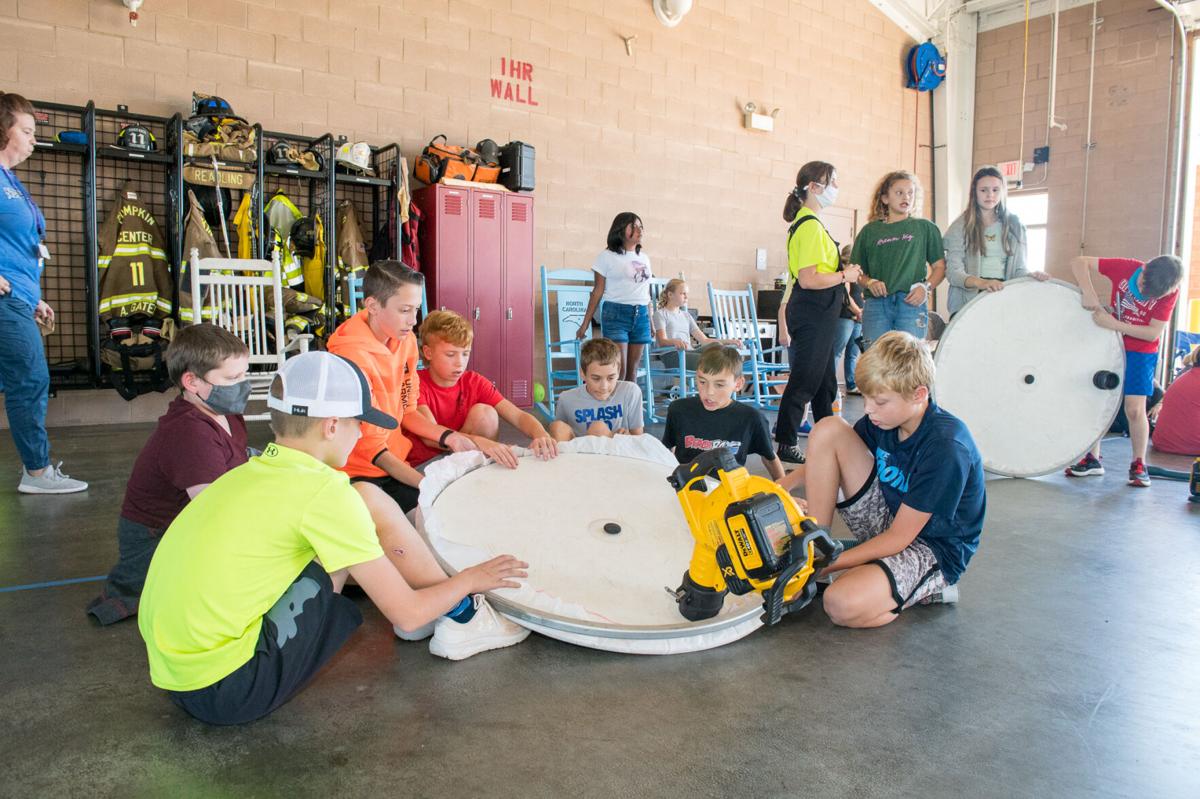 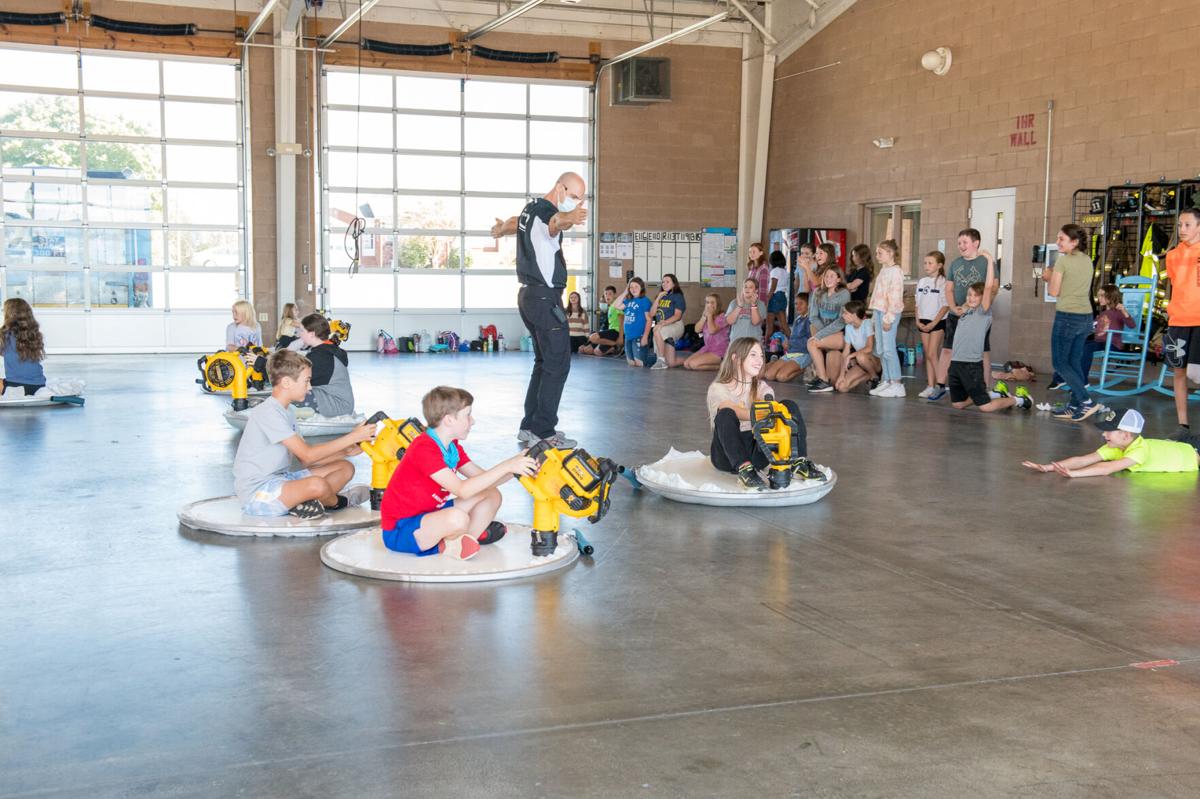 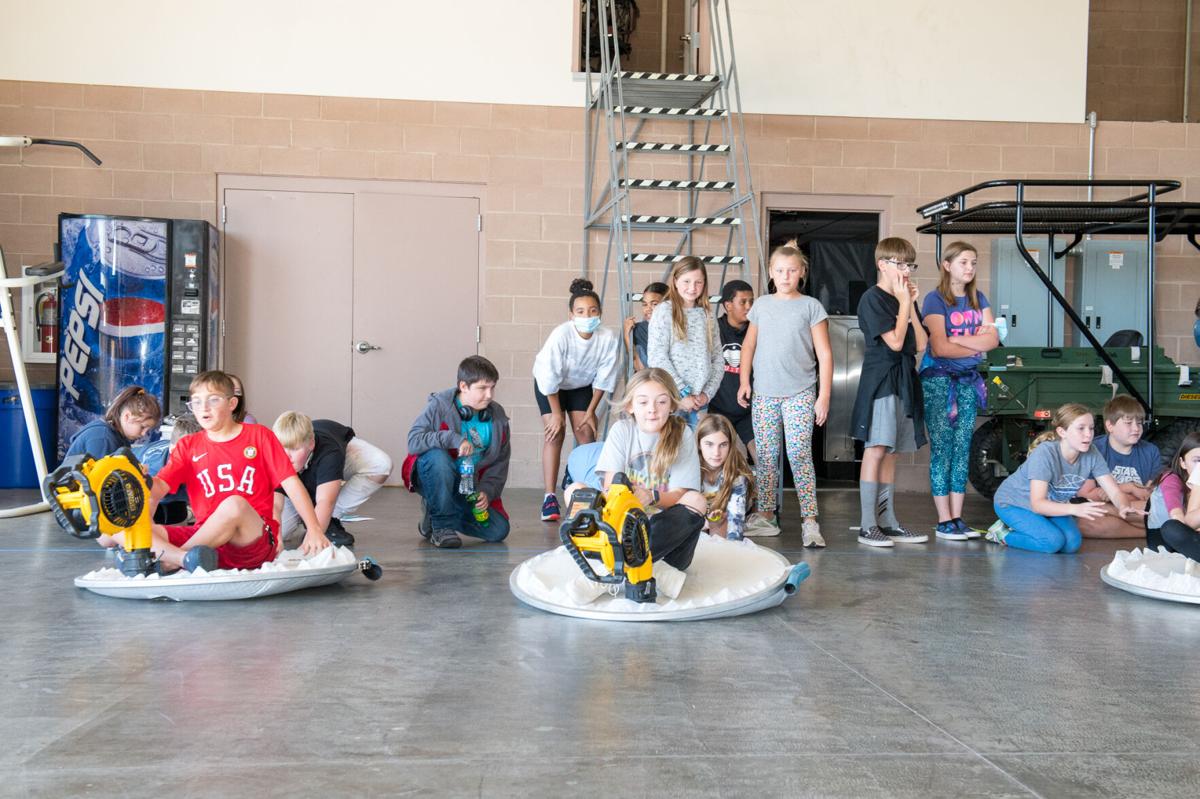 North Lincoln Middle School fifth and sixth graders were able to experience STEM in action on Wednesday. At first, it was likely a bit frustrating, tedious, and yes, maybe boring because they had to listen to instruction on how to build a hovercraft, then they had to build their own.

They worked in teams, with a team leader and constructed their hovercrafts out of materials supplied by the Hovercraft Project Team. The students had to measure and cut out the skirt, assemble the hovercraft components, which included a battery-powered leaf blower, test and evaluate their crafts, make changes to increase performance, conduct push tests with riders, and compete for distance. Every student had multiple jobs throughout the entire process.

There was no question that the children had a whole lot of fun with this project, but they also learned many skills including teamwork, team building, and had to employ engineering, math and science to get their crafts to go the fastest and the furthest with all sorts of constraints and changes on the fly built in.