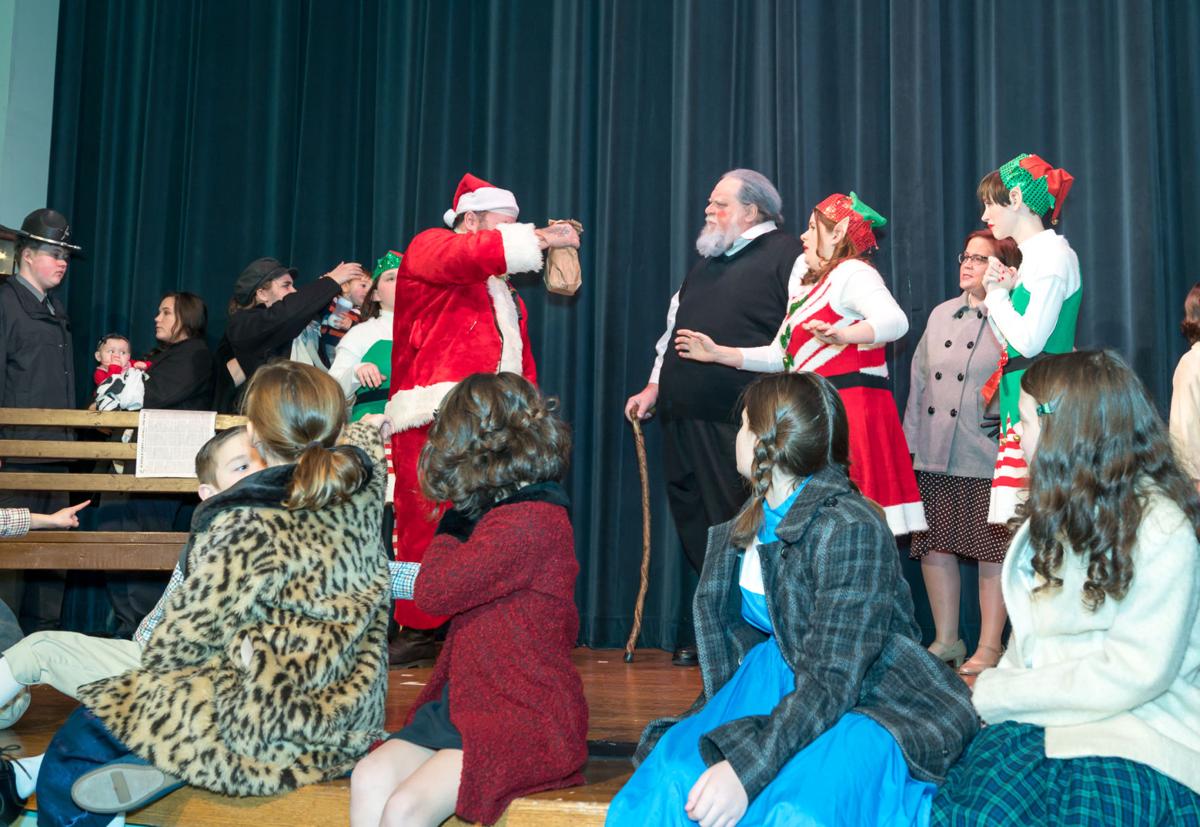 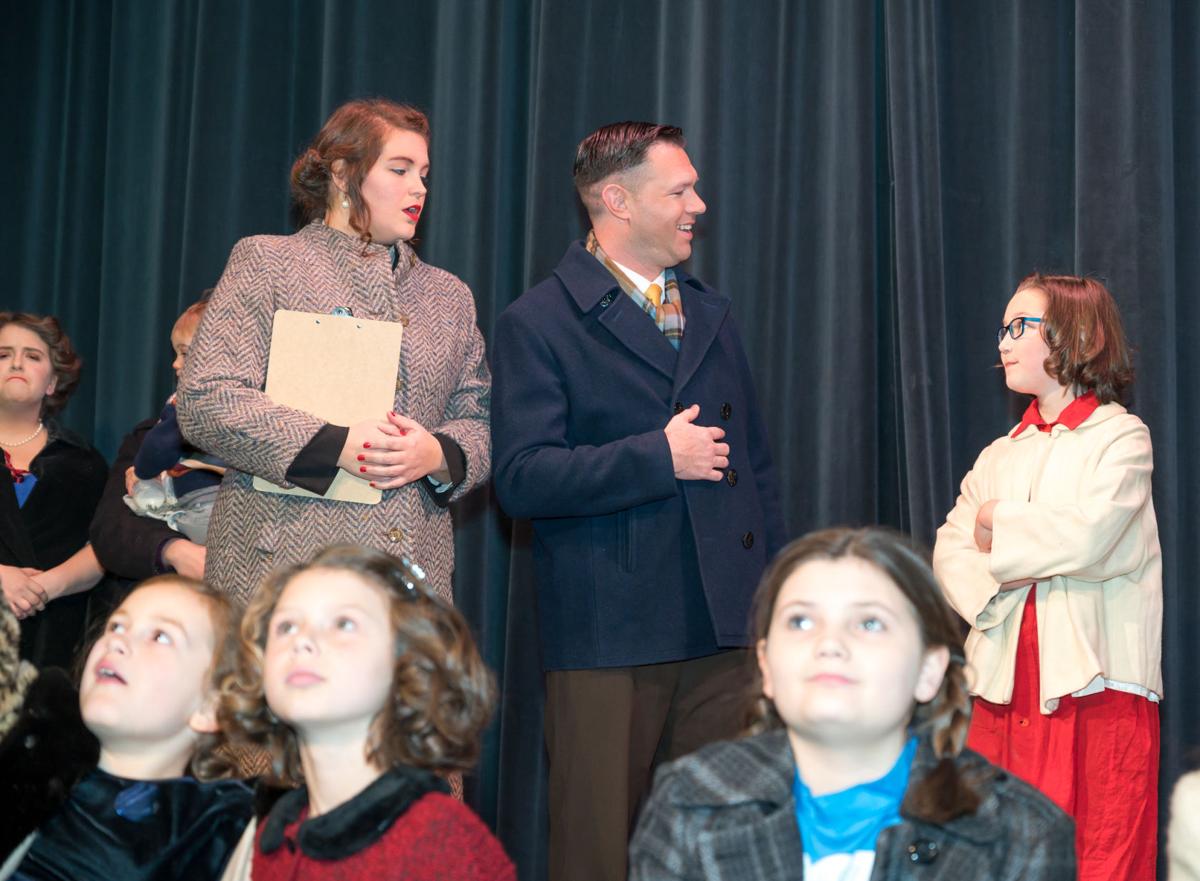 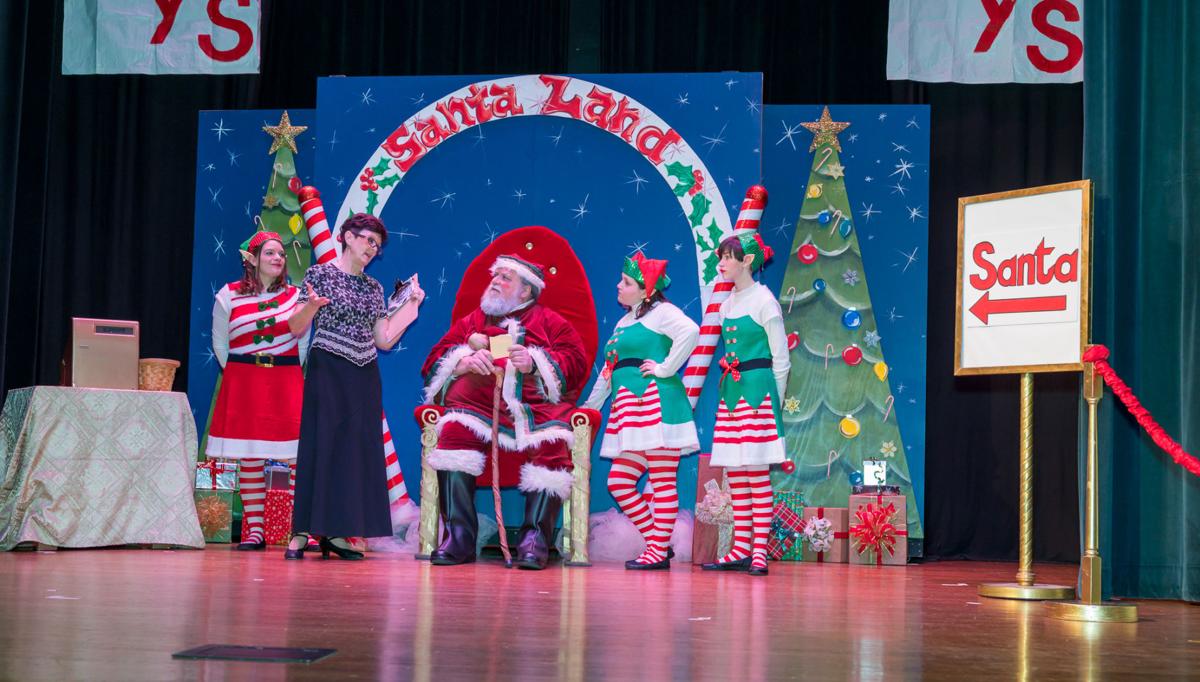 A Christmas classic opens on the stage at the Lincoln Cultural Center this evening. The Lincoln Theatre Guild production of “Miracle on 34th Street,” directed by Matt Burton and co-directed by Hollen Carpenter, tells the classic tale of a holiday season without the commercialism that has become so prevalent in today’s society. Set in the 1940s, it’s the tale of the true magic of Christmas with a good dose of love, decency and generosity thrown in for good measure.

Doris Walker, a divorcee with one daughter, who works as a manager in Macy’s in New York City, is played by Amy Turner.

“She’s very business-like and lacking in imagination,” Turner said. “Her heart has been broken so she doesn’t believe in things anymore.”

The play follows Walker’s journey opening up to love and having faith in things she can’t understand. When Turner auditioned, she had this part in mind but whenever she goes into an audition, she said she’s open to taking any role. She was glad to get this part. Turner’s a mother herself and all three of her children, all boys, are in the play with her.

“This is their first big show and it’s fun to share the stage with them and have it be a family affair,” she said. “In the play, I’m raising my daughter, Susan, to not believe in things, to know the facts and not put your faith in things you can’t see. This is kind of a stretch for me because my faith is a very big part of my life and my boys all believe in magic.”

Travis Sinclair is playing the part of do-gooder and lawyer, Fred Gailey, who is the next-door neighbor to Doris and her daughter Susan.

“He’s full of faith and just a general happy spirit who believes in people and that miracles can happen,” Sinclair said. “He not only believes in Santa Claus in person but also in the idea of Santa Claus. There’s a line in the play that says, ‘faith is believing in something when common sense tells you not to’ and that’s his motto.”

While he’s not a lawyer, Sinclair said that the temperament of this character is very similar to his own.

“I believe that we should have faith in things that we don’t understand or that we can’t explain,” he said. “I think that in general, people are wonderful. We need to believe in people and their love and miracles.”

Returning to the role as Kris Kringle that he played in another production of “Miracle” 10 years ago with the Hickory Community Theatre is Peter Bost.

“Anyone familiar with the movie should know my part well,” he said. “Kringle is a man who shows up at the Macy’s parade and takes over for a Santa who’s inebriated. He begins showing a lot of good will to the people who come to see him in the store by sending them to other stores to buy what they want for Christmas. This alarms many of the Macy’s employees, but they come to find out it’s actually a good-will gesture and good for the store.”

Bost hasn’t worked with the Lincoln Theatre Guild for about 10 years but heard about the good things the guild was doing. He came to see “Beauty and the Beast” and was impressed so he decided to audition for “Miracle.”

One of the aspects of this production that Burton said he was really focusing on was making sure it stayed true to the period of the 1940s.

“We had the opportunity to do it in a modern time period, but we chose to keep it as the original,” he said. “Everyone thinks the story is about Santa Claus but it’s really about Doris Walker and how Santa Claus saves her. My biggest challenge was making sure I didn’t screw up a Christmas classic. That’s been my biggest worry.”

The cast consists of approximately 40 members with the youngest being eight months old and the oldest being in his 80s. The set was designed by the dynamic trio of Mike Wirth, Dean Wise and Karen Hovis.

“It’s always a new challenge,” Wirth said. “There are two huge scenes in this play, the first in Macy’s and the second the court. With the Macy’s scene, we wanted to create that magic and wonder of the holiday season when a kid walks in their eyes light up. For the courtroom we wanted it to look really realistic.”

The magic of this set is that it’s built on a rotating platform with the Macy’s scene being on one side and the courtroom on the other. There are also several vignette scenes used throughout the play. Wirth hinted that there may be the magic of a little snow towards the end of the play.

“If we do our job right, you’ll walk away with the feeling of the magic of Christmas and the miracles that are all around you,” Turner said. “It’s needed. There’s too much stress in the world now. Too much negativity going on all the time. I think everyone needs to just let themselves just sit and be taken away to a world where they can just imagine and enjoy the magic.”

“Miracle on 34th Street” opens this evening at 7 p.m. with additional showings on Dec. 7, 13 and 14 and at 3 p.m. on Dec. 8 and 14. Tickets are $15 for adults and $10 for seniors and students. They’re available online at www.lincolntheatreguild.net or at the door. The Lincoln Cultural Center is located at 403 East Main Street in Lincolnton.