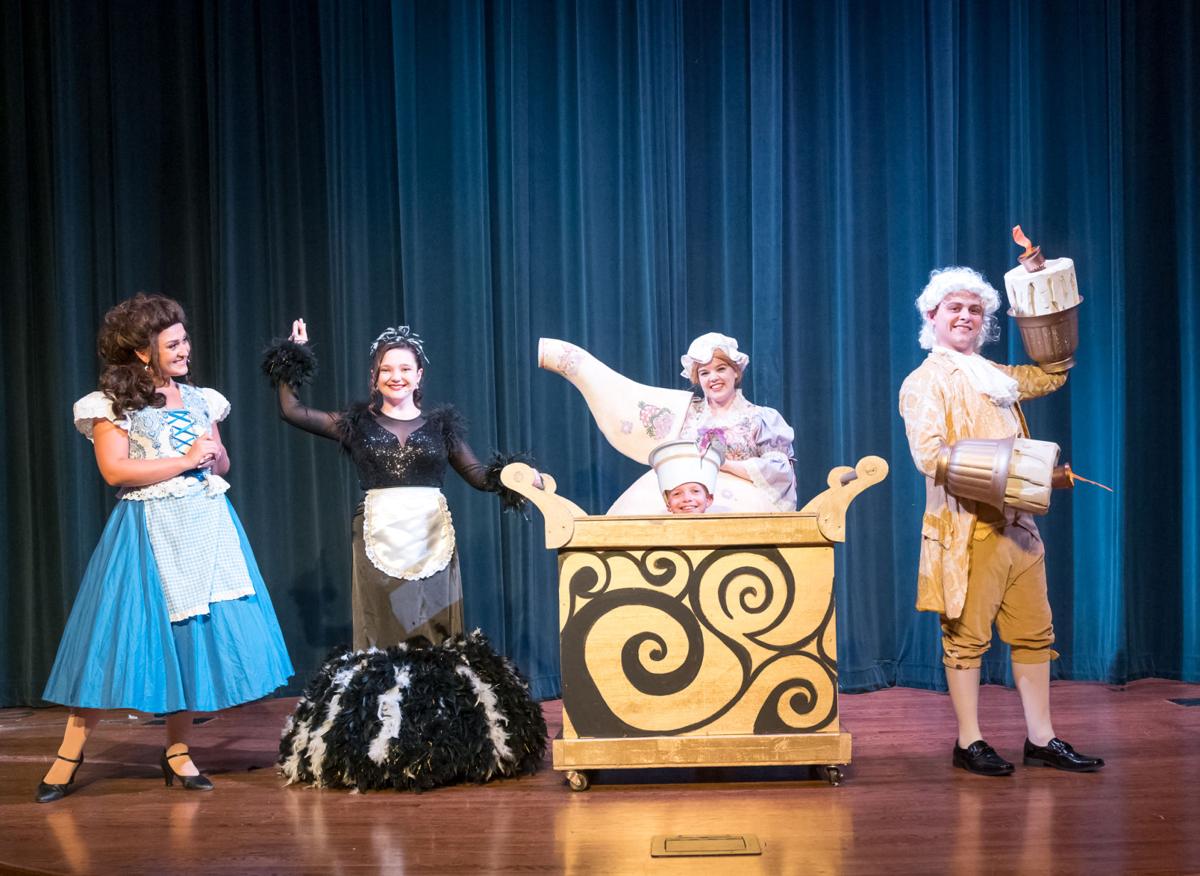 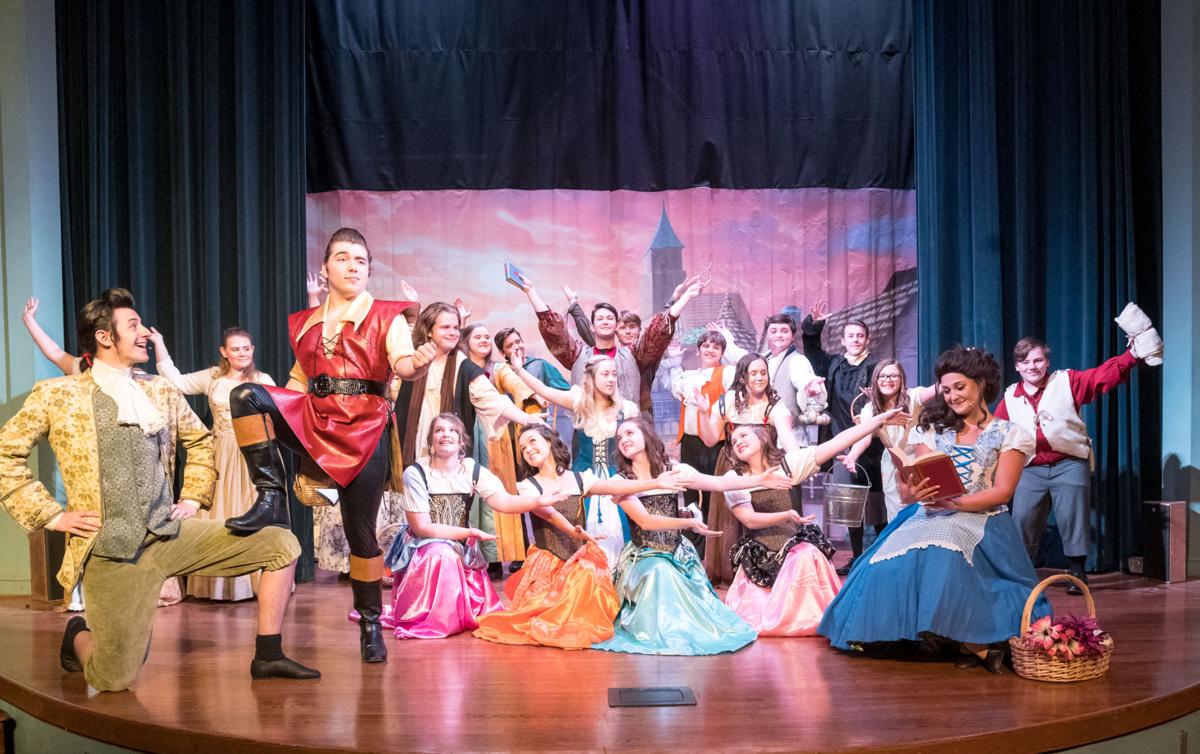 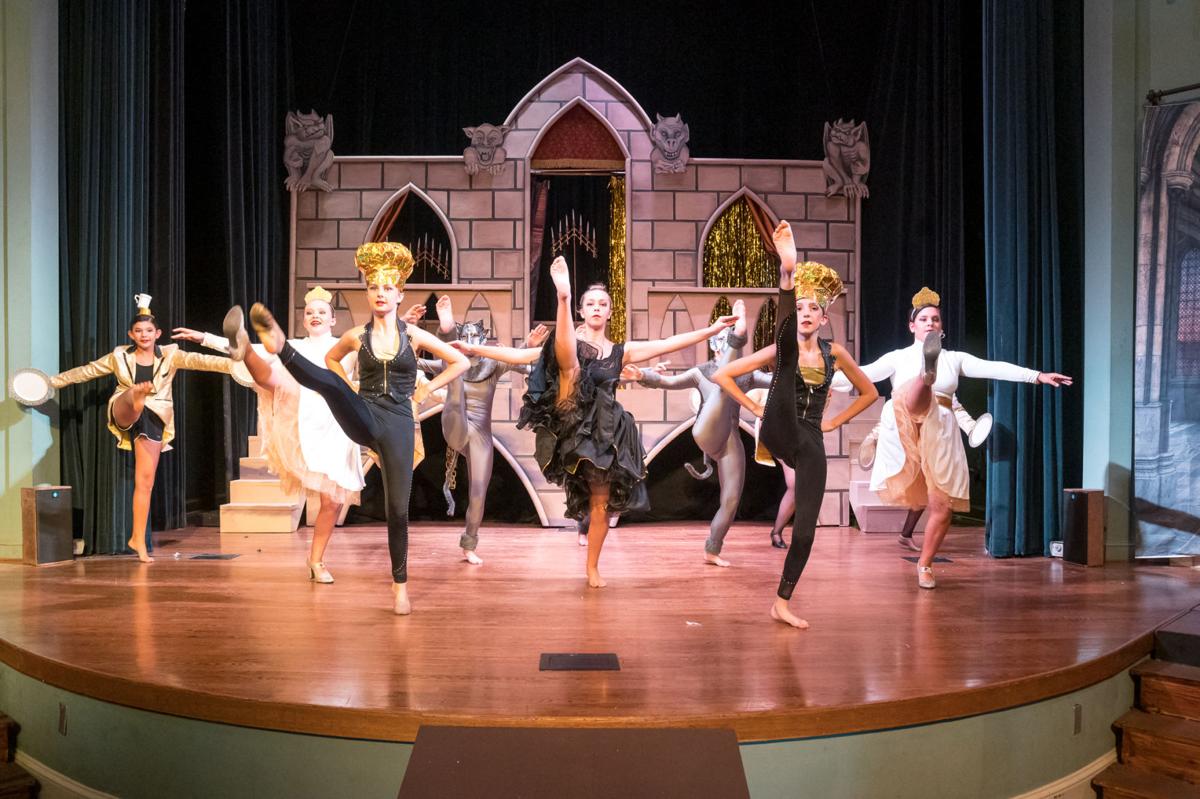 A cast of extraordinarily dedicated young actors and actresses are getting ready to stage a performance of the magical, classic French fairy tale, “Beauty and the Beast.” Directed by Michael Wirth, this production has been in the works for over a year now.

“In the 40 plus years that I’ve been doing theater, this cast is the most dedicated I’ve ever been a part of,” Wirth said. “There have been days that we didn’t have rehearsals that they would call me and say, ‘hey if you’ve got some time, we’d like to get together to run some of the extra scenes that we have.’ I’ve never had that happen in all the years I’ve been doing it.”

The musical production, which is the first Disney title to be adapted into a Broadway musical is based on a late 18th-century classic French fairy tale. “Beauty and the Beast” is the story of Belle, who will be played by Hannah Pratt. The character is a beautiful and bookish young woman who feels out of place in her provincial French village.

“Belle longs to go on adventures and escaping her dull, provincial life,” Pratt said. “She has an eccentric father who she loves very dearly.”

Belle ends up on an adventure in an enchanted castle and meets a man who has fallen under a beastly spell. She eventually helps to release him from his curse. Pratt has enjoyed playing Belle because she can relate to her in a lot of ways.

“Being an English major, I love reading,” she said. “She’s such a role model for so many little girls.  This has been great because it was a summer project and we had a lot of time to prepare. It’s been a lot of hard work and a lot of fun.”

The fearsome Beast is played by Jesse Ramirez from Statesville. He said that he loves “Beauty and the Beast” and wants to do it over and over again. He played Gaston the last time he was in the production but auditioned for the Beast this time.

“I’ve fallen in love with the character,” he said. “I’ve learned so much from it. If you watched the Disney movie, the Beast doesn’t sing at all. In the musical, he has plenty of songs and it goes more in depth in how he feels, especially in his feeling alone. I strongly believe in method acting so there were times I’d isolate myself to feel alone, both in my personal life and in rehearsal. I want to get into my character.”

Zak Parton, also a graduate of North Lincoln High School and will be attending Appalachian in the fall to study vocal music education, plays Gaston. This character only thinks about himself and wants to marry Belle because she’s the most beautiful girl in town.

“Gaston is not me, but he is me in some ways,” Parton said. “I’m not very egocentric, but sometimes I’m not always the brightest.”

Most of the parts that Parton has played for the theater guild have been ensemble so he’s excited to take on this lead role, which he did try out for.

“I’ve done this show before, it was the first one I’d ever done at North Lincoln,” he said. “I played Cogsworth, the clock, in that one. I had a really good time and when I heard they were doing it here, I thought I’d get a bunch of friends to audition and we’d have a really good time.”

Over 100 people auditioned for parts in “Beauty and the Beast” from all over the region, according to Wirth. Parton hopes to return to the Lincoln County area to teach when he graduates.

The dance numbers, which have been choreographed by Star Struck Dance Studio owner Kelley McManus Barker, are Broadway style and caliber.

“Last summer was the first time I did choreography for the Lincoln Theatre Guild for ‘Best Little Whorehouse in Texas,’” she said. “When they decided to do this show, they wanted dancing as well but there were some more intricate dance sections in this show. We decided to incorporate some actual dancers, not actors who were trying to dance. It’s been interesting to have the dancers learning how to act and they have to sing which is out of their comfort zone as well. It’s been a nice change.”

There is a live orchestra directed and arranged by Joanna and Neal Underwood with Mike Sisk on the piano. More than 40 volunteers who have put in their time helping with the sets, costumes, make-up, lighting, props, lighting, sound and all of the other innumerable tasks that go with a production of this size.

“We have two very special things including in this show that are jaw dropping,” Wirth said. “People are going to be amazed.”

The set is intricate and will feature many special effects. There’s the Beast’s castle and his liar, a whole town scene and back drops. The set was beautifully painted by Karen Hovis. The cast includes many unusual characters living in the Beast’s enchanted household including a clock, a wardrobe, a pot, a candle stick, a feather duster and a little boy in a cart, all brought to life in this production.

“I’m so thankful for being involved in this community and being able to bring a production of this scale to our community to enjoy,” Wirth said. “We couldn’t have done it without the outpouring of help and our title sponsor, Austin Orthodontics.”