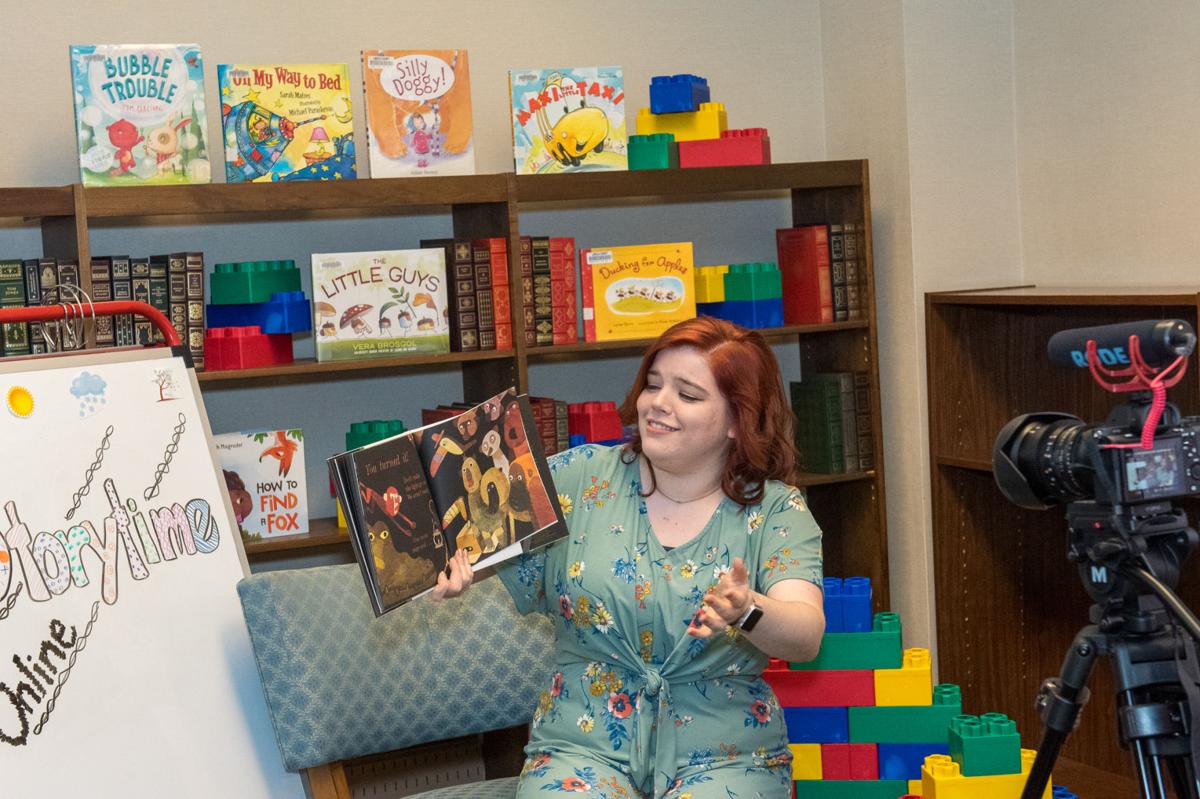 Ana Carnes brings her storytelling beyond the walls of the library. 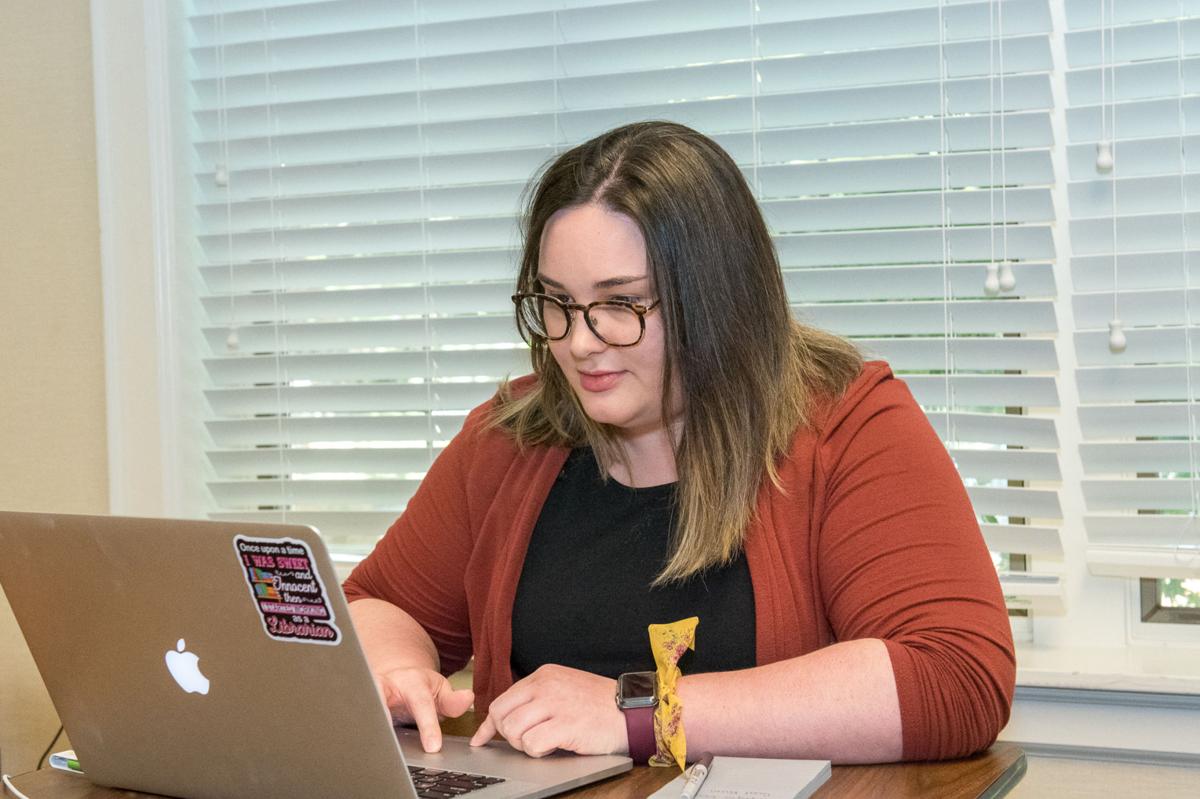 Emily Burgess works on editing a video for the Lincoln County Public Library. 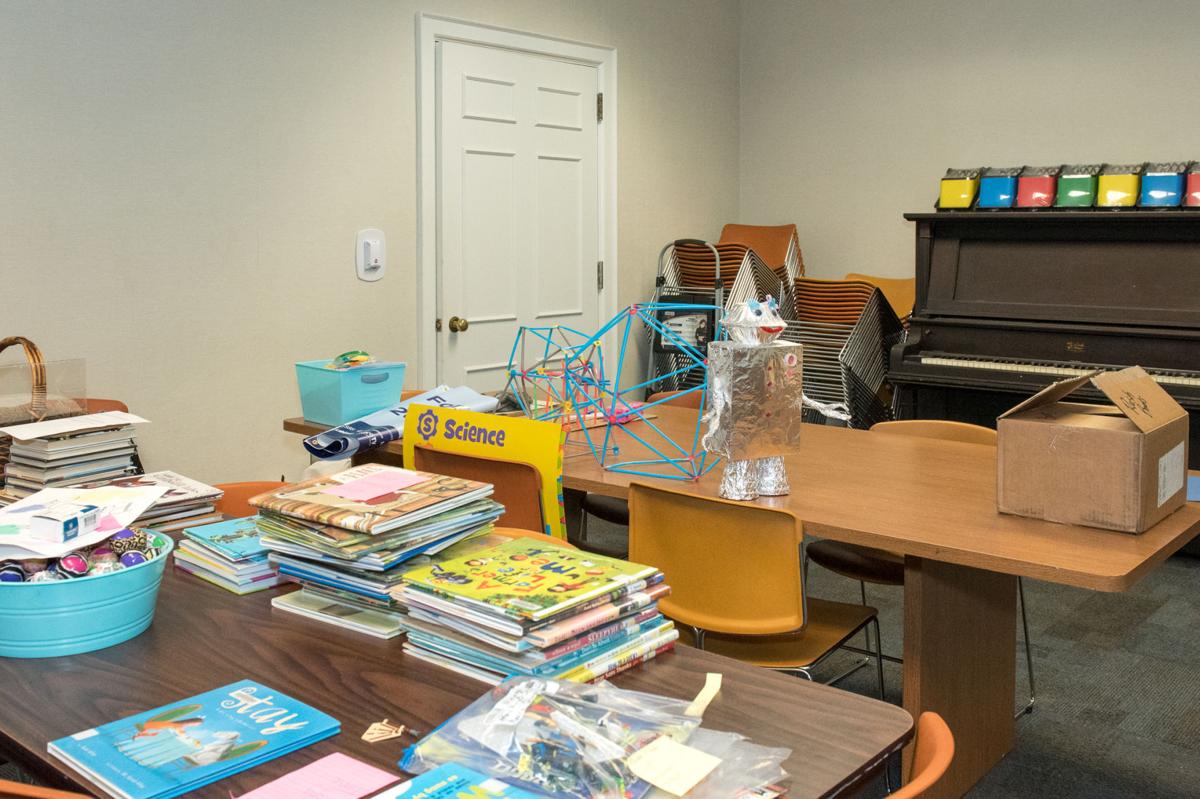 Ana Carnes brings her storytelling beyond the walls of the library.

Emily Burgess works on editing a video for the Lincoln County Public Library.

While their doors may be closed due to concerns over COVID-19, staff at the Lincoln County Library System are breaking down the walls and bringing the library into the homes of community members. Lincoln County closed all of its public libraries on March 18. As soon as that happened, library staff, led by director Jennifer Sackett, went into action.

Ana Carnes, who started at the library as a page and then was asked to do storytelling at the West Lincoln branch when the library was open. Now she’s telling stories via video – on a much more frequent basis than she was before the library closed.

There was some state funding available to the new West Lincoln Library for technology and with that money, Sackett purchased a camera with video capability, sound and other equipment.

“We bought the camera for West Lincoln library staff to do podcasting, vlogging and other classes in conjunction with their maker’s space,” she said. “I had asked them back in January to start a series that they call, ‘Where the New Things Are,’ to increase interest in the new library. That’s when they first started learning how to use the equipment and edit.”

This ended up being a good thing because when the time came to start delivering content via YouTube, staff, like Emily Burgess, who also works at the West Lincoln library, were ready. Burgess is directing and editing all of the videos.

The conference room at the main library has been converted into a movable set. The videos include Miss Ana’s Storytime, “Camp Wannaread” with Ms. Kelly, Community Heroes, brick building challenges, STEM activities, crafts and, for those staff members who are not so sure they want to be on camera, the “Invisible Librarian.”

The scheduling is intense. In a little over a month, Burgess has directed and edited more than 60 videos.

“When we closed the doors, my team wanted to find a way to stay connected, so I suggested we take programming online,” Sackett said. “I sat down with those who were working on programming. Each branch does crossover programs, so I asked each staff member to take over different aspects.”

Library staff writes the publishers of children’s books to get permission to read the books online.

“Being closed is hard on the staff,” she said. “They really care about the community and want to help the citizens of Lincoln County improve their quality of life. We’ve been really pleased with how quickly we launched this content.”

With the community hero videos, Carnes and Burgess have been going out into the community to meet with the “heroes.” For example, one segment was shot at the Lincolnton–Lincoln County Regional Airport where Carnes sat in a plane and read a book.

“We had the privilege of doing things that we normally wouldn’t have done if we were open,” Carnes said. “It’s nice that in the midst of all this craziness we get new challenges that we’re excited about.”

The library is more than a building, Sackett added, it’s the staff that make a library.

“We’ve gone beyond the walls in such a short time in a way that I could never have imagined,” she said. “One of the outcomes I’m hoping will come of this is that more people in the community will realize what an asset the library is. People say, ‘you have a small library.’ Well, not really, but even if it’s small to some people it has awesome potential and capability. It can change lives and make this an incredible community. I think it’s a secret to too many people, or maybe people aren’t aware of all we have to offer.”

While the libraries are closed, staff are ready to assist the public with accessing any of the online web resources or to answer questions about programming that will be offered online as an alternative to traditional programming. Local branch numbers are Shanklin (East) Branch (704)483-3589, Jonas (Central) Branch (704)735-8044, West Lincoln Branch (704)735-8044. Curbside service is available at all branches. The Lincoln County Public Library videos are linked through their Facebook page on YouTube.

ABOVE: Ana Carnes brings her storytelling beyond the walls of the library.  BELOW: Emily Burgess works on editing a video for the Lincoln County Public Library.